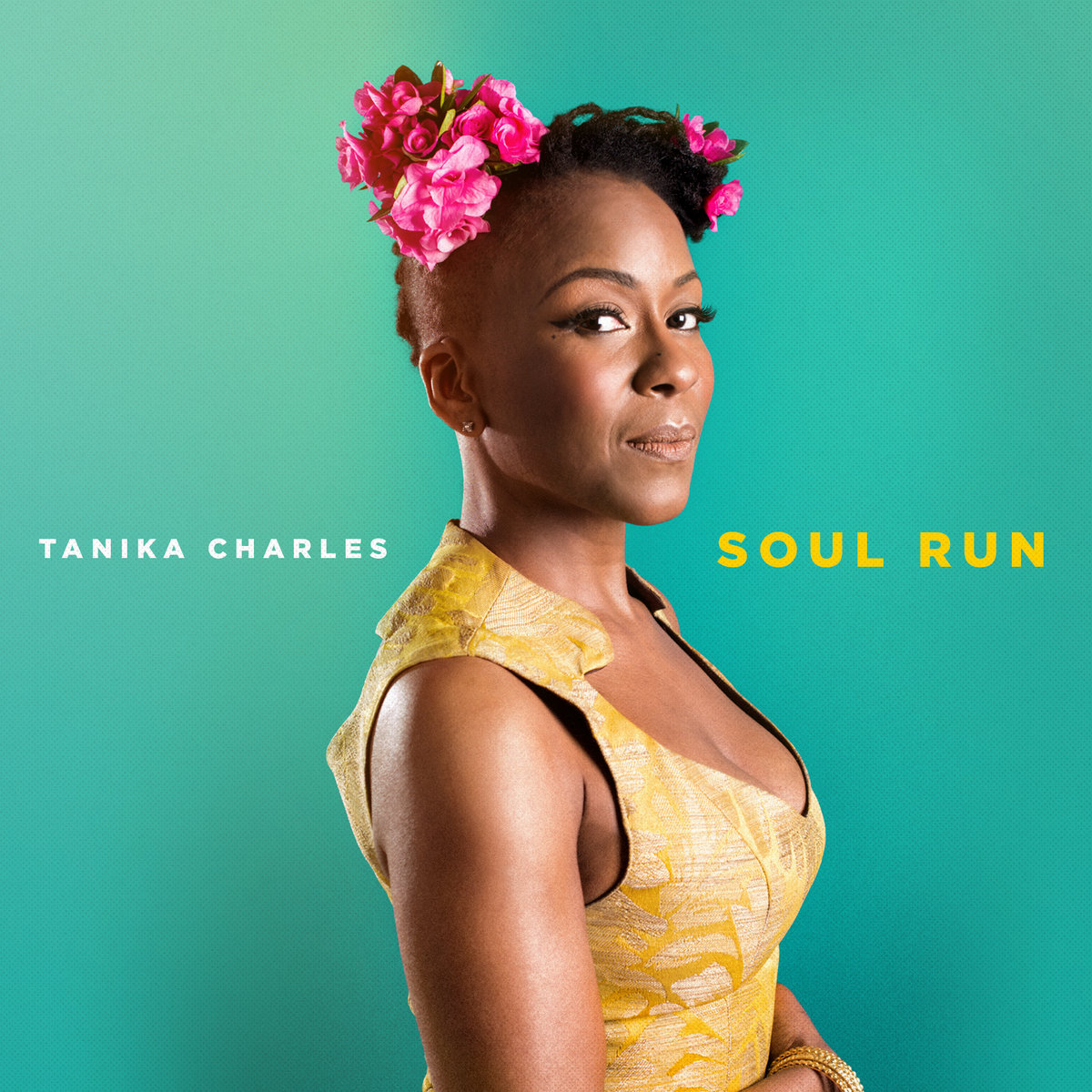 With the first, title track single already in heavy rotation on some of the biggest radios all over the globe, Tanika Charles is just out (April 7) with her debut album, Soul Run.

The album features production from Slakah The Beatchild (BBE Records), best known for his collaborations with Canadian rapper, Drake. It’s a “sentimental concept album”, through which the eleven track total is deployed to describe the “end of a troubled relationship and the beginning of a new life”.

Frankly, they say, “if Tanika’s singing it, she’s lived it!”

This album is ideal for fans of Sharon Jones, Lee Fields and Amy Winehouse.

“Intro” sets the scene, vocals echoing in the background to much fanfare and clapping of hands.

Then comes title track, “Soul Run”, which claps in a different way. Shuffling drum is mixed with said emphatic claps. It’s also resplendent with soul. “I make a mess every place I go” hints at a certain level of rebellion. Her vocals vary from the gut to sultry whisper, certainly a varied performer. “I’m leaving, I’m leaving” leaves you under no doubts of the song’s duration, in the closing refrain.

Then “Two Steps” has trumping horns, with a real rocking energy to it. “See, I’ve found a man who’s nice and sweet/When I come home there’s food to eat/He treats me like royalty/He knows the meaning of loyalty” sounds like domestic bliss for the singer. “I’ve got plans and they don’t include you/Said it’s true” hints at a bothersome man, one perhaps set on breaking her from her aforementioned ideal man. A flourish of organ sees the track out.

It’s a trip down memory lane with “Sweet Memories”, which’s soulfully funky, with those slightly ominous, jazzy undertones. It has a real verve and energy. Things strip back for hectic drums, set against the powerful vocals of Tanika. Tasteful soloing on the guitar traipses the line between wild and restrained passion. The undercurrent of bass also appears to break free of mere rhythmic duties, too.

Tanika then wants “More Than A Man”. It has a swing and, yet, melancholy to it. “You just don’t know when to f*ck off” puts the situation in plain terms, needing more than a man. Is she dealing with a child in essence, perhaps?

Come the midway, the song appears to search for another direction. Is this the conveying of actively seeking someone fit for the domestic vacancy about to go public? The eerie singsong hollering takes centre stage for the fadeout.

It makes the world go around, and therefore it might be a grievous admission not to sing about it. “Money” grooves with a slight, syncopated groove. “Take my pain away/On a rainy day” seems ambiguous or, in fact, an ode to the dollar.

Someone’s a smitten in “Love Fool”. It has glorious bass at the forefront. Moody, busy and, most of all, deep. Clucking scratches of guitar embellish that cock of the walk groove on said bass. “I just need your touch right now” almost seems like an invitation to the bass to keep playing its intoxicating, rhythmically based melody. It ends with sounds like a play on an abounding, joyful Motown number.

“Heavy” clicks, clicks that punctuate a creeping, ascending groove. Flighty, tense strings, conveying much drama give way to something approximating booming cacophony. The drums sound almost tribal, though never clattering in an unbecoming racket. Before you know it, she cries out. This isn’t in the vein of a horror movie scream but, still, it sounds striking.

You then come to the “Endless Chain”, which feels melancholy, the kind you take comfort in on a rainy day. “If ever at all it should get too dark/Don’t you ever give up, I’ll be there for you” is really life affirming and positive, a proclamation pertaining to a true hand of friendship. A breakdown of expressive bass and chiming xylophone adds to that pure, wholesome feel.

“Waiting” sees, again, the bass quite prominent. It ascends busily like a true jazz bass man, just plus the picking attack of a plectrum.

“I will wait for you ‘til the clouds fall from the sky/And it’s snowing in Hawaii in mid-June/I’ll wait for you ‘til the clocks run out of time/When one and one don’t equal two” a line or two really developing upon that feel of utter devotion in the track prior. “Waiting, waiting, waiting” seems repeated as many times as the ages she’ll, indeed, patiently be waiting for you.

To end things, Tanika sees “Darkness And The Dawn”, and it continues a canon of its own, that of what sounds like plectrum bass. The attack and clarity, as it runs through the riff in tandem with guitar reminds one of classic Stevie Wonder.

“I need you like the stars need darkness to shine bright” really ascertains to the song’s title as if to leave you in little doubt what’s intended. Ying and yang elements coming together as one, you could argue. Ascending, climbing melodies then play to reach a sort of climatic conclusion.

Horns see the album out, ending on a slightly jazzy, ominous note. Is this to herald something amiss, or just the soundtrack to the night time? Sounding like seemingly the opening slightly ominous, jazzy undertones of “Sweet Memories”.

The absolute best tracks are “Sweet Memories”, “Love Fool”, “Endless Chain”, “Waiting” and “Darkness And The Dawn”. This details, roughly, the early to middle sections, halfway and the latter. Come the end, you practically have four songs in a row of audio pleasure. Only a song gap stops that three in a row becoming four.

These tracks also seem to link together quite well, with closer, “Darkness And The Dawn”, evoking “Sweet Memories”. There’s also striking bass in “Love Fool” and “Waiting”, with the latter and “Endless Chain” both songs detailing the strong, devoted hand of friendship. A love unabashed, the two. “Waiting” also sees its plectrum driven bass replicated in in closer, “Darkness And The Dawn”, too.

Motown, as said, seems to ring throughout this effort. However, Tanika Charles, put a modern, original swing on this in order to stop it sounding derivative. You could say she’s a torch bearer for the late, aforementioned Amy Winehouse, too. A heady mix that makes for engaging listening. Tanika Charles’ Soul Run can be heard on iTunes here.