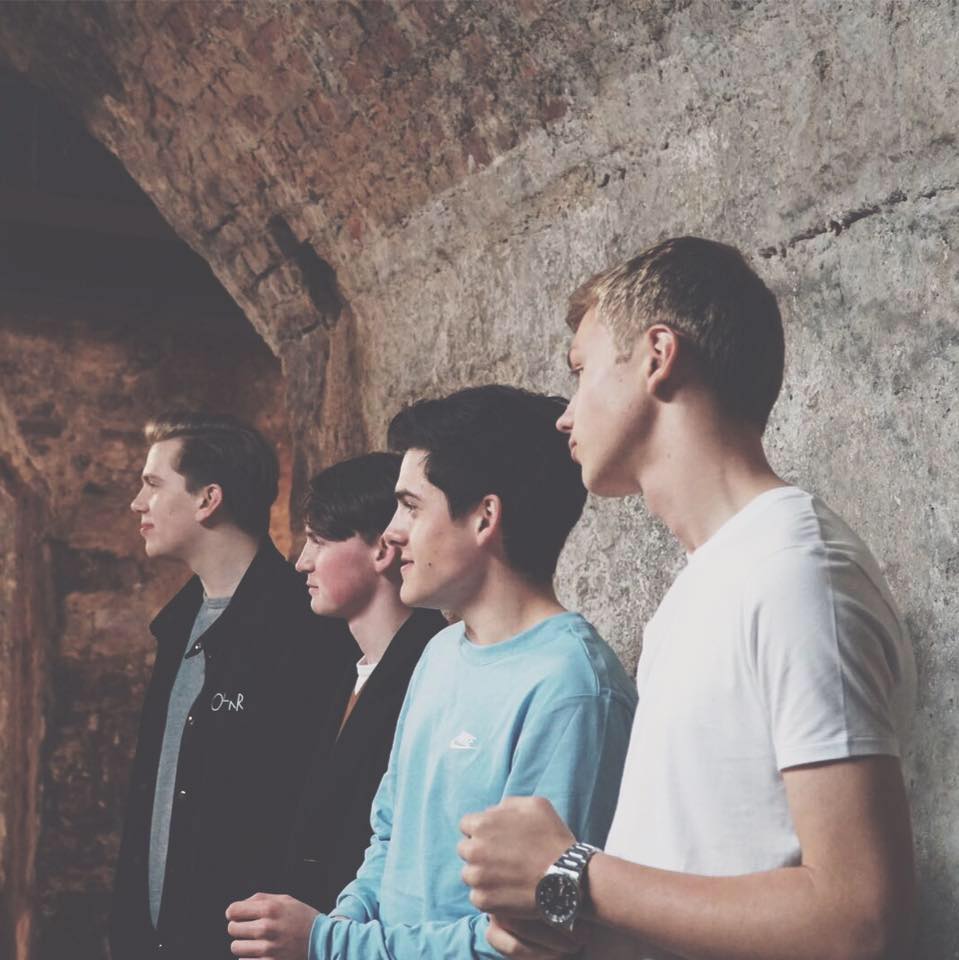 As said, this was a showcase for up and coming bands, the ‘Freshly Squeezed’ initiative going some way to supporting local bands, and other acts in the wider Scotland area. Having played most of the main venues in the Aberdeen area, this reviewer was very much under the impression you had to be ridiculously special to get a gig at The Lemon Tree.

This, of course, is still the case, it’s just that it seems they’re paying a lot more due attention to rising Scottish bands than they did before. Now that they’re not electing for safe bets, daresay easy money, you could suppose this merits some admiration.

Opening act, Aberdeenshire’s The Popping Candies, consisted of vocalist/guitarist, guitarist, bassist and drummer. Proceedings started with a bit of a swing to them; with whimsical and melancholic aspects, too. There was a real sensitivity to the vocals, aswell.

The guitarist and bassist swapped instruments and the subsequent energy was palpable. The bass rushing and urgent, busy and melodic. They swapped back, the bassist with seeming more confidence this time.

“The next is an instrumental jam”. Soulful guitar greeted this, with funky, driving bass. A rousing change saw things step up a gear. This was the arguable highlight of their set so far, really proving their mettle as musicians.

“Feels Right” ended their set. This had soulful swagger, drums almost galloping, non-metal style. Was that a jazz grip this reviewer saw the drummer holding his sticks with? Whistling greeted the set’s end for the opening act.

Main support act, Edinburgh/Glasgow’s SKJØR (pronounced sure), consisted of vocalist/guitarist, guitarist, bassist and drummer. By now the dancefloor area was filling out nicely, no longer just back in the seated areas. Said crowd were greeted with a funereal wall of sound, spaced out and atmospheric guitar. Only a crack away from a thunderous rhythm section. Rousing and spirited. It’s subsequent power crushing. The sound thick, massive and bold.

The next was more sedate and ponderous, it’s progressive musings a pleasure to hear. The drummer’s beaters were a nice touch. Nimble and fleet of finger bass urging and dragging song, kicking and screaming, into new tempos.

“Would you guys mind coming a bit further forward?” This ensuing one moody and sparse. There was a real metal moment on the guitar urging the song into a metal gallop. Emphatic clatter of drum heralded the song’s end.

The next was downbeat and melancholic, really searching and striving. Notes rang out into a subverted ethereal soundscape. The guitar ascended as the drama and tension built. Intensity building up and up the fretboard.

“This is going to be a dancing one”. And so it was, indeed. A tapping laden lick played its infectious, cyclical melody. Stomping drum and bass punctuated those melodic guitar histrionics. Subsequent solo soulful and funk inflected.

“Unfortunately, guys, we’ve come to the last song on the set”. This was track, “Living Without You”. This seemed to have a world music beat, imploring and urging. A stabbing attack emphatic and bold, before dropping for a vocal refrain. This then faded out softly.

Headlining were Aberdeen’s The 101. They were made up of vocalist/pianist, keyboardist, two guitarists, upright electric bassist and drummer. The place, by this point, was positively packed. “Better Man” was moody, jazzy and classy. At points it was also haunting and delicate, and they were awarded sizeable applause.

“We’re a band called The 101” was greeted with sizeable, in turn, screams from the ladies. This one, “Can’t Be Told”, was more happy, bounding with energy. The backing vocals in this really added to the intrigue of it all.

Then came a U2 cover, “I Still Haven’t Found What I’m Looking For”. The song, as said onstage, is due to celebrate its thirtieth anniversary, end of May; the album, The Joshua Tree, having already reached that milestone, beginning of March. Anyway, the lads definitely got palpable response for this one from the crowd. Ringing out and emphatic, pulsing energy raw yet disciplined.

“This song’s called ‘Statues’”. This one was striving and hopeful. Falsetto aspects were faultless, urgent and immediate. The refrain of piano and vocals was a pleasure to the ears. Crashing subsequent cacophony was in stark, satisfying contrast to this.

The announcement of the release of their EP the following day saw “Carefree Normality” come after. This was somewhat jazzy, busy and thoughtful. Booming bass propelled the song with primal rhythms, the guitar strumming its strife.

“Someone Else” came next. This was lilting, swaying and with real melancholy. Swinging to the point of falling over. “Hard to see any colour in my sight” then heralded a tasteful, passionate solo.

The frontman wasn’t afraid to speak his mind whilst conveying song’s (“Listen No More”) meaning. Even if it irked sections of the audience. It was a sombre piano track, lines like, “You don’t know what this is/Thinking like this”. A crashing end. Emphatic.

“This is going to be our last song tonight”. This one, “Not You But Me”, had only been released ten days before. It was remarked they were “…overwhelmed with how many people turned out”. Triumphant guitar heralded the ensuing anthem.

They seemed more confident in this one. The crowd even seemed to sing back the falsetto parts. Snap of drum a perfect refrain as everything else momentarily dropped out. Things then slowed down to an emphatic conclusion before ending climatically.