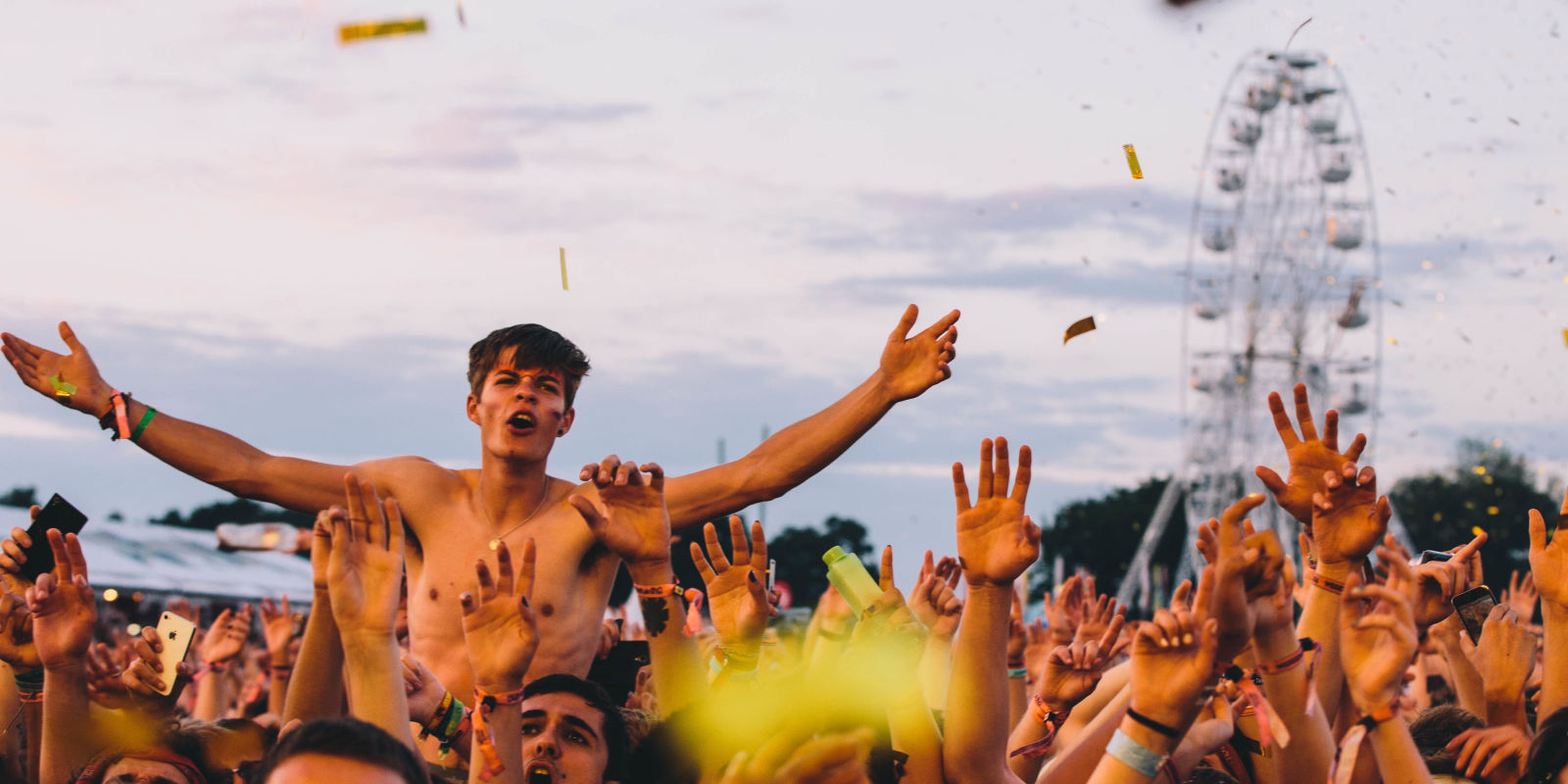 Rolling hills, chalk-white cliffs, and fresh sea breeze: Where better to get away from it all and lose yourself than the idyllic musical haven that is Isle of Wight Festival. From June 8-11, the small island just off the coast of Southampton will play host to some of the biggest names in music.

The festival originated as a counter-culture event in 1968, offering up incredible acts such as Bob Dylan, Jimi Hendrix and Miles Davis. The original festival’s presence was short lived, but was thankfully resurrected in 2002 and has continued to deliver an incredible experience for students and families alike every year since.

This year’s festival goers will have the opportunity to see main stage headliners: David Guetta, Arcade Fire, and Rod Stewart. But it doesn’t end there. A smorgasbord of musical delights will be available throughout the weekend. From Run DMC to The Kooks, Clean Bandit to The Wytches, this year’s Isle of Wight Festival has something for everyone. So let’s take a closer look at some of the most exciting and unmissable acts.

As I say, the sheer number of acts playing at this year’s fest makes it fairly difficult to give a concise overview of what’s on offer without turning this article into an 800 page novel with three sequels and a Netflix original series. So for the sake of your sanity, dear reader, I’d like to recommend some acts not to be missed at all costs.

Arcade Fire headline the main stage on Saturday 9th. Since The Canadian Indie-Rock outfit’s break through record The Suburbs released back in 2010, they have achieved incredible things. They’ve performed for the Obama’s alongside Jay Z, sound tracked such films as The Hunger Games, and Her, and have won a huge amount of awards on both sides of the continent.

The band’s slot at Isle of Wight festival anticipates the release of their 5th studio album. Prepare yourselves to hear scintillating unreleased material, witness an unremittingly passionate performance and be hypnotized by stunning visuals. Even before this enthralling experience, you’ve got the likes of: Catfish and the Bottlemen, The Kooks, Run DMC and Rag N’ Bone Man to look forward to.

The Big Top stage is jam packed with unmissable acts such as Clean Bandit, The Undertones, young Rock n’ Roll revivalists The Strypes, The Pretenders, Space and many more. The stage will change its theme each night of the festival. Whether it be ‘Classic Rock’ or a ‘Girls Night Out’ there’s not even the faintest possibility of anyone being left in the rain.

Psych-Grunge fuzz pumpers The Wytches are another band not to be missed. They headline the Jack Rocks stage alongside endorsers of Britpop nostalgia, Superfood and a host of other independent artists making waves in the British music scene right now. Expect noise, sweat and beer.

If you’re still not satisfied, the festival also lays claim a number of themed areas for those looking for a more immersive experience. For example ‘The Cirque De La Quirk’ will stage some of the most exciting Dance and Electronic acts on the scene and asks individuals to choose a specific faction within the self-contained steampunk inspired world the area inhabits. Choose from ‘The Nostalgias’ or ‘The Mechanicals’ and prepare yourself for a mesmerising and unforgettable experience.

If you find yourself pining for lesser crowds, a bit of me time, or a place for the family to be together, Isle of Wight Festival has numerous activities and extra areas to cater to your every whim. The fairly self-explanatorily named ‘Yogassential Wellness Deck’ offers festival goers the opportunity to unwind, relax and practice some yoga in the sun (sun not guaranteed).

There will be various yoga sessions throughout the day, as well as face painting and massage.
The festival grounds also boast luxurious wood-fired hot tubs for you to wash away all that mud, sweat and hedonistic guilt that you might have acquired over the course of the festival. You’ll even have the chance to chill out in the UK’s only double decker hot tub bus, offering panoramic views of the festival site. 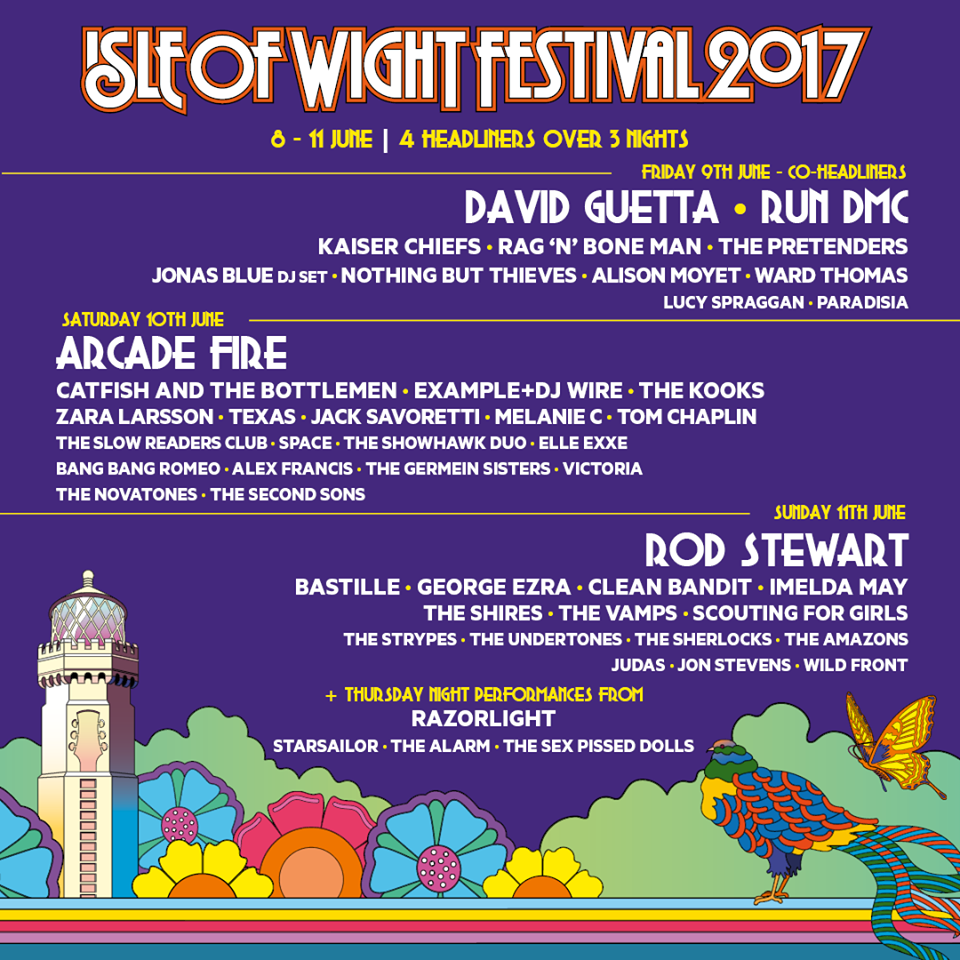 Buy your tickets for Isle of Wight festival 2017 here.