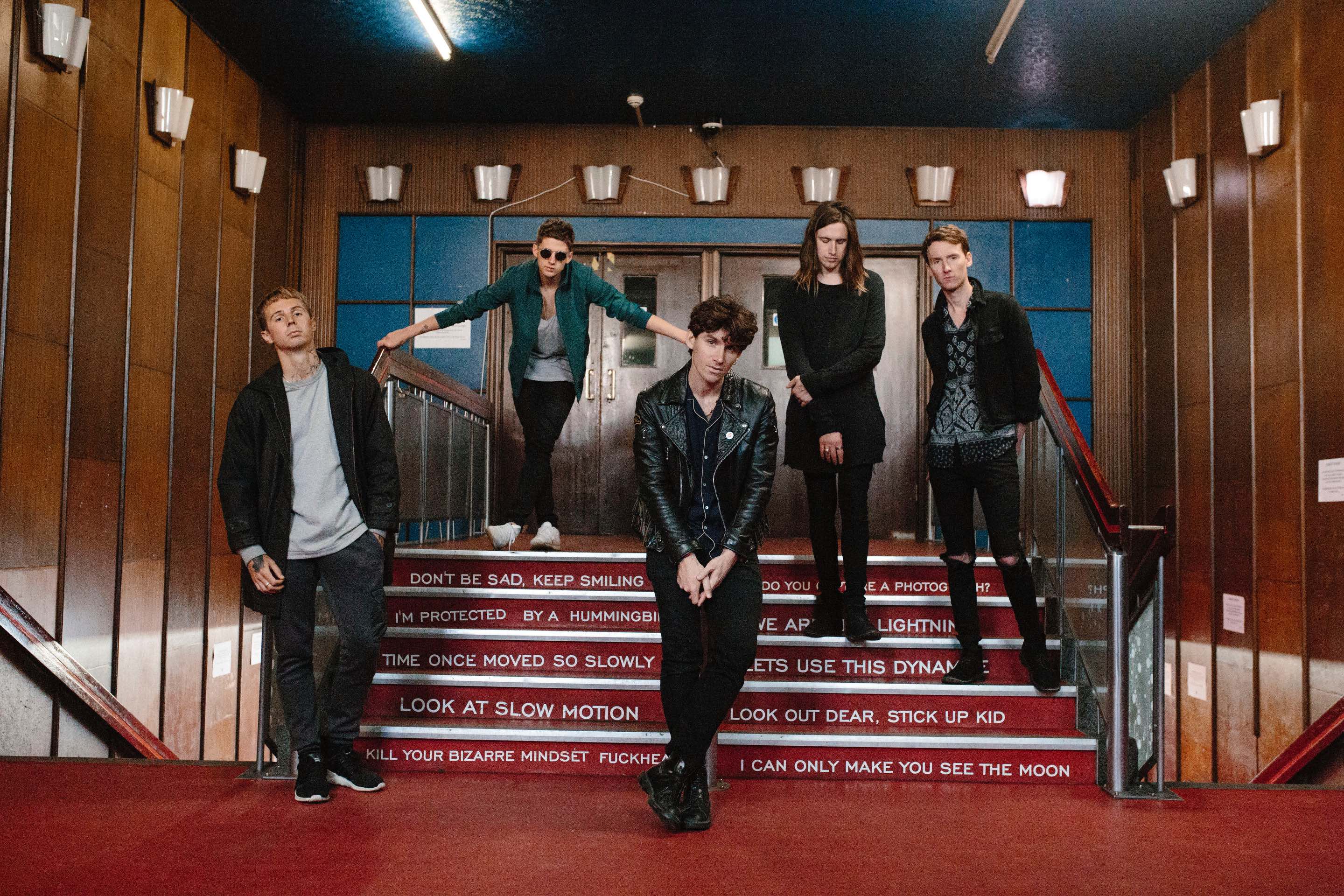 Making music together can create moments of pure magic, and Coasts have been doing this now for almost a decade in some form or another. They are currently building up to the release of their second studio album which is just on the horizon. Hopping back on the tour bus, they’ll be taking it back to the start, back to the venues that showcased their rise to success this May and June.

With how disposable music can be in the technological age its great to see bands continuing to create records and its a “very proud moment” for Coasts as they prepare for the next step with another record.

Following in succession with numerous festival appearances across the UK where they will unveil their new music, and after sold out European and US dates from previous tours, fans on social media are beginning to grasp hold of their reappearance and US admirers are already questioning their return across the pond.

Their favourite thing about being on the road for them is the travel and the experiences along the way: “Waking up in a new city every day is pretty special. We always try to explore new places and find new spots in cities we’ve already been”, was highlighted as one of the best parts about touring for the five piece however “playing the shows has to top it all though, as that’s when we feel most at home”.

This goes without saying as they have the ability to fulfil every band’s dream by being able to travel with their job and share their art, and this is the ultimate aim for the lads over the coming months. With a triumphant self-titled debut released back in 2016, the new LP will be sure to propel them back into the spotlight. I explored the inspirations and delved a little deeper into the true creation of their new record with the help of lead vocalist Chris Caines.

With two singles debuted at the start of this year, “Heart Starts Beating” and “Paradise” we’ve had a great taste of what’s to come. Then followed “Let Me Love You” during Mental Health Awareness Week.

With a variety of influences and a number of genres from records released from other artists over the past year, it has bound the sound of their upcoming LP. Chris stating that “everything we listen to informs our music vocabulary” and this has stemmed from Kano to Frank Ocean and even Ryan Adams.

In the current market with music discovery so easily accessible and easily uploaded from a variety of platforms from the multiple streaming services such as Spotify and Apple Music, Chris feels “sometimes it can be difficult to find great new music because there is just so much of it” but Coasts are hoping for nothing but success as they aim to catapult their career further.

With the new record, the boys have tried to hone their sound, still leaving that Coasts’ stamp sprinkled throughout by working with producers and songwriters from their first record. This included Tap Management’s Tim Larcombe and the first pop producer they ever worked with, Duncan Mills – their album is in trusted and talented hands, as both have an incredible discography.

In response to suggesting what fans can expect from their newest musical creations, “I [Chris] think they can expect a much more rounded record. We’ve really tried to embrace our influences without tearing up what makes us Coasts“.

Thus keeping what their current fans love, while also opening the doors to new listeners, and in terms of what can we expect in comparison to their last record, they feel “our first record was mostly quite punchy and euphoric, this record is a lot more varied and has some really lovely downtempo moments. It feels like the story of the past year or two. A real journey“.

He feels this will really come across in both the music and writing as “Lyrically I’ve [Chris] really tried to be as open, honest and direct as I can be. Trying to communicate how the past couple of years of being in this band have been like, what effect that has had on us as people and on our relationships to friends, family and each other“.

For now, the guys are keeping a lot of the sound under wraps as the frontman wants fans and consumers to create their own vision from the album, as Chris stated “I don’t want to talk too much about how the record sounds because I want people to hear it without any preconceptions”.

In Chris’ words expect a “fun, introspective, moody but joyous record” so, Coasts fans keep your eyes and ears open for brand new music in the coming months, plus over the next year, expect to see them out on the road a lot more as they continue on their journey of dream making.

You can see Coasts live in London at Heaven on June 5. Get your tickets here.