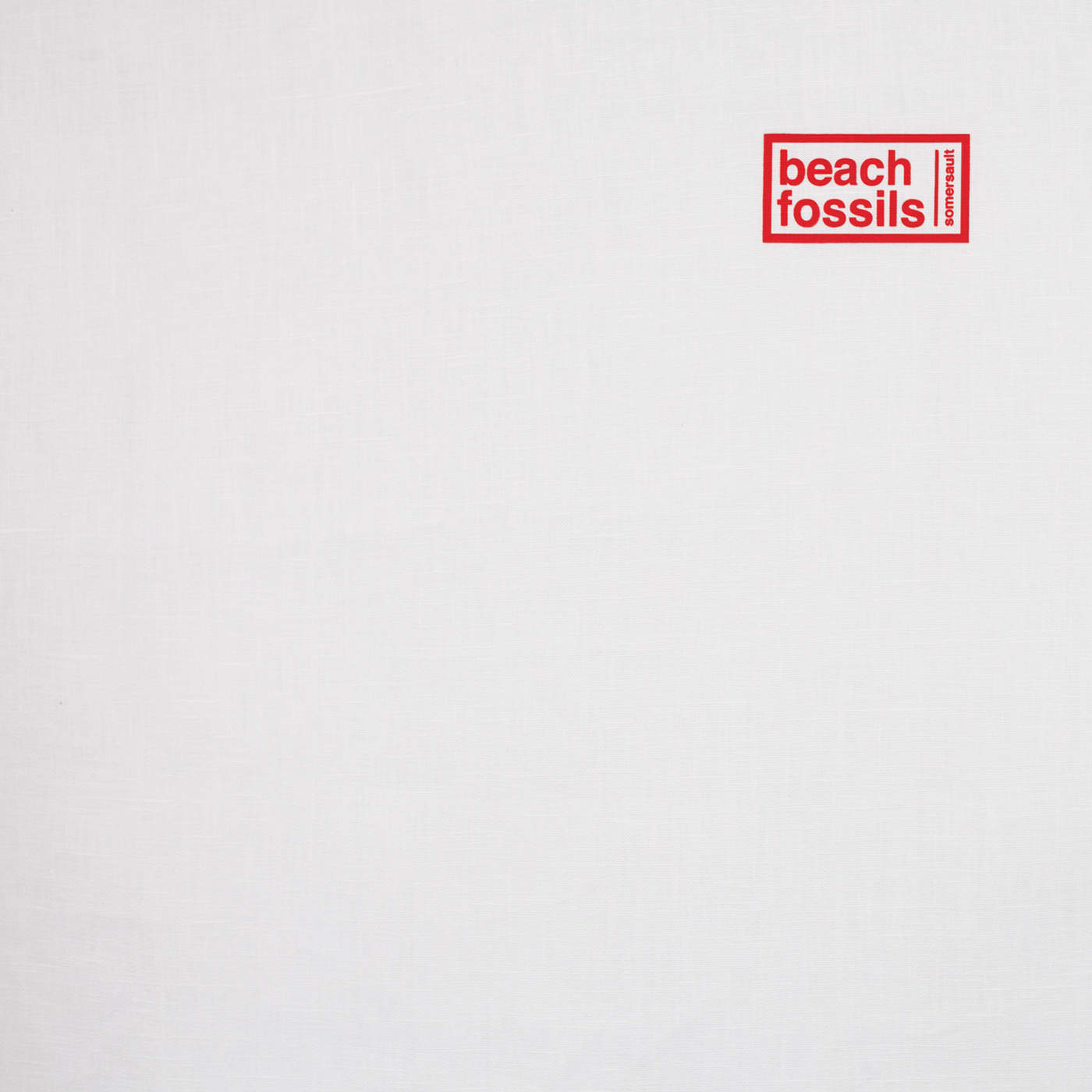 Somersault marks the welcome return of one of the Captured Tracks label’s most coveted treasures, Beach Fossils. The Indie Rock outfit was created in Brooklyn in 2009 and was originally intended as a simple expansion on the solo project of frontman Dustin Payseur. However it quickly grew into something of much greater scope.

After the release of the band’s first album, original drummer Zachary Cole Smith made his departure to focus on his own project DIIV. Beach Fossils recruited Tommy Gardener and released their second full length album Clash The Truth in 2013 which demonstrated their exploration into a more heavily influenced Post-Punk sound.

Like their Captured Tracks contemporaries Wild Nothing and Mac DeMarco, Beach Fossils sound is inextricably connected to the DIY mentality of the underground indie movement. The Millennial generation gets a whole load of criticism, especially from the old-guard of the musical establishment.

However there’s a lot to be said for artists who have the ability to create stunning musical works which resonate with countless individuals, using only a laptop as a mixing desk, a few cheap instruments, and a bedroom as a recording studio. I’d like to see Rod Stewart try that the god-damned prune.

Somersault remains distinctly infused with Beach Fossils bedroom ethos, but has a more polished, clean and sonically explorative production quality. Whilst the album still bathes in the shoegaze aura which surrounded the band’s first two records, Somersault is a clear progression in style and song-writing.

Opening track, “This Year” is a cheerfully optimistic plunge into an acoustically driven, densely layered pool of textured vocal lines and interwoven guitar and string tracks. The song soaks itself in the dappled sunlight the sumptuously blended instrumentation generates.

The quality of production allows for verses and choruses to seamlessly melt together, allowing a greater emphasis on the heavily metaphorical lyrical focus. May 1st also seems to capitalise on the Beach Fossils already firmly established sound, one of ethereality, melodic tenderness and snappy, crisp drums.

However, that’s not to say Beach Fossils have merely recreated their previous albums. “May 1st” blends into the following track, “Rise” via an unbroken smooth-as-silk chain of warm organ chords.

One would be forgiven for mistaking this track for the work of another band, one completely contrasting to Beach fossils, but you’d be wrong all the same. Memphis born rapper Cities Aviv delivers a laid back and sensual piece of spoken word rap above riffing jazz saxophones and a restrained chill-hop beat. Suddenly we are listening to a totally different record and it feels amazing.

Many of the original Brooklyn Indie bands which dominate the Spotify playlists of trendy bars and cafes across the globe have subsided into nothingness after the space those founders carved out for themselves became saturated. Beach Fossils seem to have recognised this and reacted to it, opening up the indie genre to other influences.

A reaction which can be heard in the album’s unique and inventive blending of aspects of Hip-Hop, R&B, Motown and psychedelia. For example “Saint Ivy” combines Payseur’s distinctively airy vocal style with sharp string stabs, a rippling Motown infused beat and sprinklings of Jazz flute.

But Beach Fossils genre bending doesn’t end there. “Closer Everywhere” is driven by a sparkling Harpsichord track reminiscent of The Stranglers’ hit “Golden Brown”. With its woozy tempo and rip-roaring blues guitar solo; in this track we see Beach fossils dive headfirst into the murky depths of psychedelia.

Similarly, “Social Jetlag” manages to cross genres by introducing itself like a lof-fi hip hop track. Having ran through high end filters and subtle distortion, the drums and grand piano tracks sound as if they were sampled from a classic jazz record.

This sampled feel is emphasised through the jump beats on the piano track, evocative of a broken CD player skipping a disc. Perhaps one of the most accessible tracks on the record, “Social Jetlag” takes the most fitting aspects of Indie, Hip hop and Jazz and pounds them together resulting in a song which defies categorisation.

Somersault is certainly Beach Fossils most explorative record to date. They could have taken the easy option and fed their fans substantially the same material as in their last two records, but instead have chosen to look at Indie rock from a different perspective, and I’m glad they did. Indie music is a precarious genre. Its strengths lie in its dexterity and beach fossils have used that musical flexibility to their advantage.

Beach Fossils Somersault is out now on Secretly Publishing, purchase it on iTunes here.