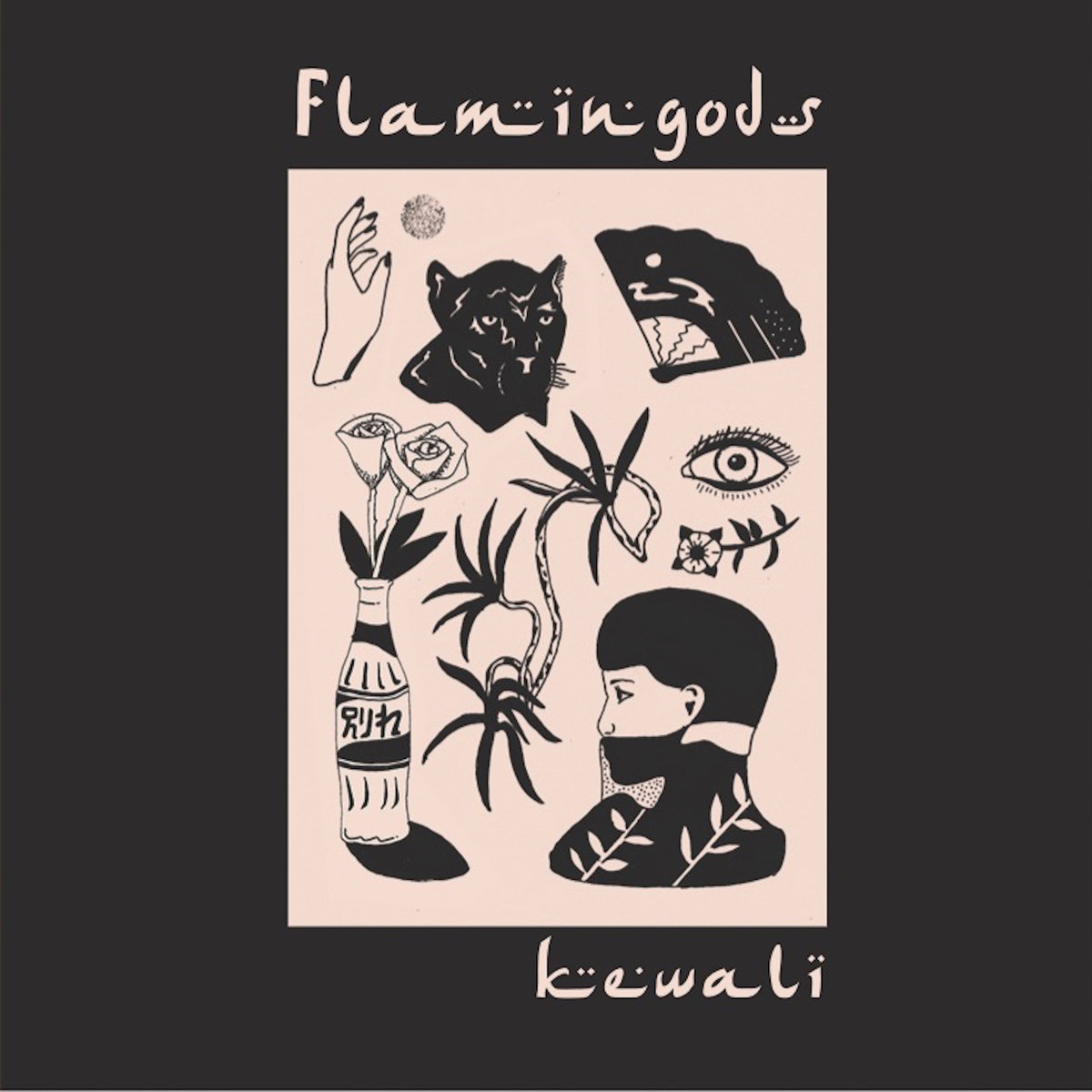 Experimental Psych adventurers Flamingods have returned stronger than ever with their new EP Kewali. The 5 piece outfit is made up of members from both London and Bahrain, situated on the Persian Gulf.

Flamingods began as the solo project of Kamal Rasool when he was living in Bahrain in 2009. Rasool, hidden away in his bedroom, took to musical experimentation in order to capture the spirituality, imagery and musical heritage of largely disparate and far-flung cultures.

After an impromptu 8 hour jam session amongst friends and strangers at the ATP festival in London, Flamingods as we know them today were formed. The band’s genesis says a lot about Flamingods ability to unite people.

In an interview with Loud and Quiet, Kamal said that during this musical free for all, “People were climbing in through our window and I had to give them pots and pans to play. It was just insane. We had 60 people crammed into our chalet and people dancing outside.” At a time in which cultural anxiety and xenophobia are growing steadily more prevalent by the day, Kewali is the perfect aural antidote.

Flamingod’s unique blend of 60’s garage psych with African rhythmic patterns, Asian polyphonic textures and traditional world instrumentation, allows for the band to identify the divides between cultures and to subsequently cross them, blurring the gulf between east and west as they go. Kewali is proof of how music transcends and transports people, regardless of race and creed.

The EP opens with “Mixed Blessings.” We are introduced to the track via an invigorating Afro-rhythmic pattern reminiscent of Fela Kuti. This inescapable groove is gradually layered with a glistening surge of sharp, tight disco infused cymbals. With the onset of Rasool’s echoed, subtly grungy vocals, the track bursts into life with a haze-fuelled, continually evolving rhythmic momentum.

The Following track “Bhima” begins with a rip-roaring drum roll so hard-hitting, on the first listen I was fully expecting a psych take on Adam and the Ants “Stand and Deliver.” Thankfully, it is a chorus drenched guitar, playing a moody middle-eastern melodic scale which gradually guides is into a King Gizzard-esque psych extravaganza.

Warbling, soaring synth lines cascade without direction, bleeding into every other instrument as the track’s dynamics continually ebb and flow.

“Bhima” is the perfect example of just how multifaceted this EP is. In just 5 minutes and 43 seconds, Flamingod’s traverse between Afro beat, garage psychedelia and jazz. With subtle flourishes of saxophone and a thumping 60’s bass groove, “Bhima” is certainly one of the most hypnotising and meticulously crafted songs on the EP.

The EP’s title track “Kewali,” opens to a welcome change in pace. The song’s ambling tempo is set to a mellow droning organ, which follows the vocal melody and creates a dreamy, floating aura, pervading the entire song. The off-beat rhythm continues to add an exotic edge to Flamingod’s unique sound.

However it is also the quality of the band’s lyrics, as well as the subject matter they choose to dwell on which gives their songs a certain sense of authority amongst the numerous garage psych outfits around at the moment.

Flamingod’s have previously said that, “‘Kewali’ is a song deep rooted in love and the idea of celebrating what’s around you; to be accepting and open to new experiences and cultures. It’s something we felt particularly passionate about whilst writing the EP, given the uncertainty felt by so many around the world right now.”

The final track is “Mixed Blessings (Club Mix).” This seems to essentially have involved taking the vocal track out of the mix, allowing for a greater degree of focus on the intricate rhythm, analogue synth lines and resonant horn section.

Rather than a half-arsed attempt to end a record, the club mix of “Mixed Blessings” and indeed the entire EP is a testemant to Flamingod’s mantra, that love, laughter and busting a move really can change the world and save humankind from division, and aimless hatred.

I urge you with every fibre of my being to give this EP a listen. It is quite simply phenomenal.
Flamingods Kewali is out now and available here.