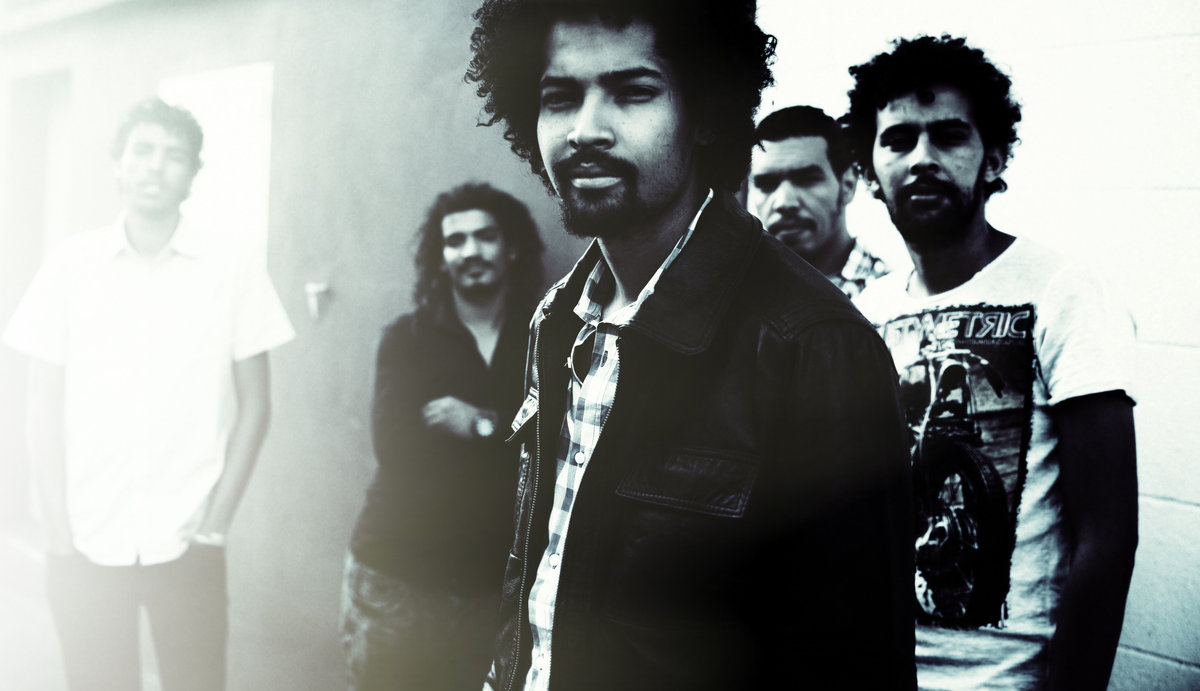 The Desert Blues sound is one of the most individualistic, characterful and invigorating you’ll ever come across and yet for so many, the mention of artists such as Imarhan, or Tinariwen results in blank faces. This article is here as a primer for those less familiar with the movers and shakers of the Sahara, so have a read. Who knows maybe you’ll find your new favourite band. 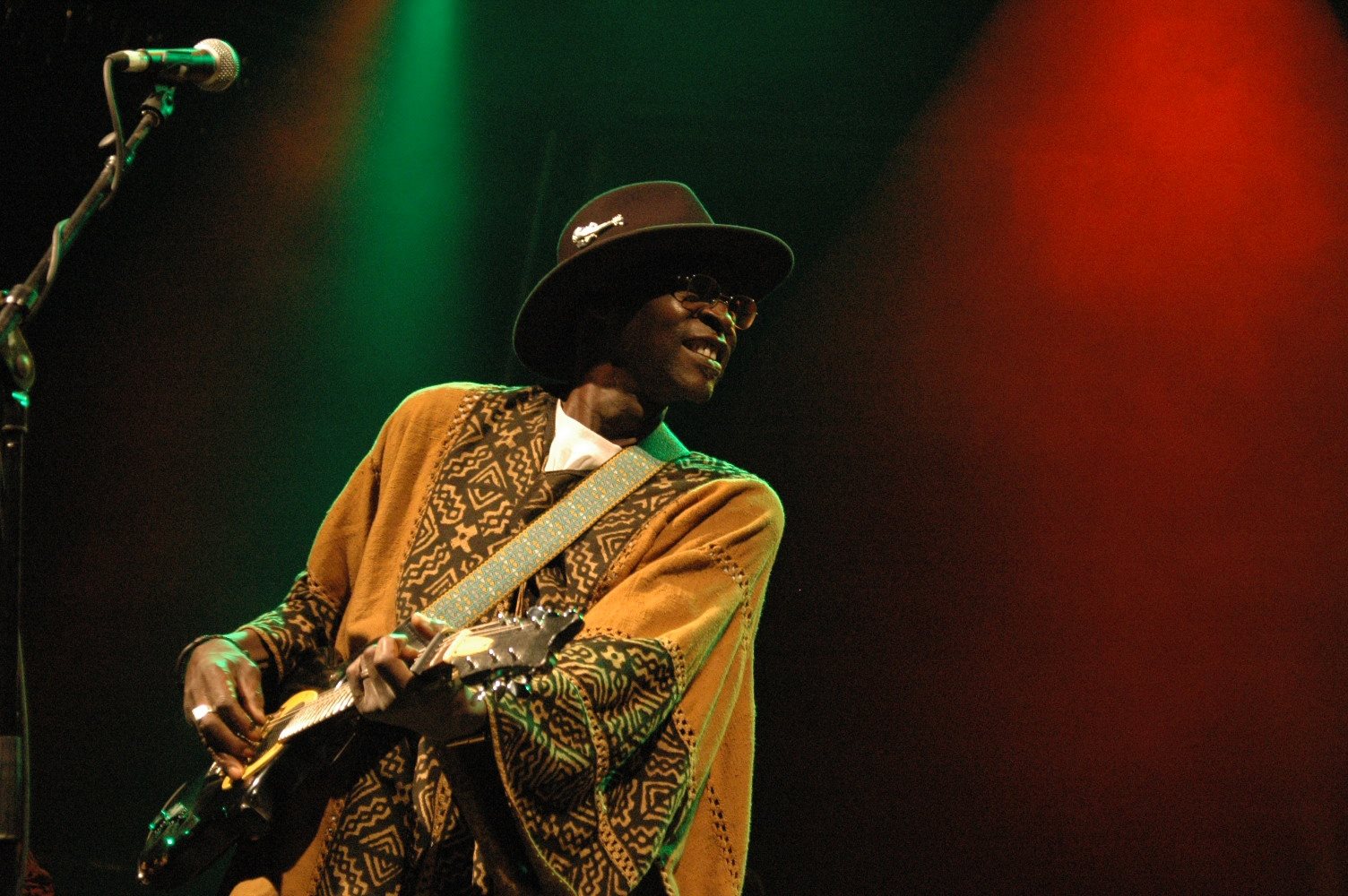 I would be committing a great injustice if I ignored the influence of the late Ali Farka Touré on the Desert Blues Phenomenon. The vibrancy of the Malian music scene is a testament to his innovative status, the man who bought West African music to a global audience.

Born in 1939 in the village of Kanau on the banks of the river Niger, Ali Farka Touré was the only son of his mother’s 10 children to survive infancy. It wasn’t until he was approaching the age of 50 years old that Touré’s music began to receive attention from the western media, largely due to the rise of so called ‘World Music’ in the 1980’s.

He blended the traditional music of Mali with the early Blues guitar sound of the Mississippi delta to create something which explores the lineage of those lost songs bought over on the slave ships during the colonisation of the African continent, and can be argued to trace the Blues back to its origins. Indeed, Martin Scorsese himself claimed that Ali Farka Touré’s music contained ‘the DNA of Blues’.

Touré is an infinitely fascinating character, whose music continues to inspire artists across the world. After retreating from music altogether in 1990 to focus his efforts on his rice farm, Touré’s producer convinced him to pick up his guitar again and record another album.

1994’s Talking Timbuktu won Touré a Grammy for best world music album. Not only was this award Touré’s biggest success to date, it was also proof that it wasn’t necessary for world music artists to dilute or alter their sound to appease western audiences. With this, Touré opened a door which has remained ajar ever since.

Tinariwen is the plural of Ténéré, which mean ‘desert’. The band formed in 1979, its members made up of a group of friends from the nomadic Tuareg culture who call the Sahara their home. During the early days of Tinariwen, the young musicians were living in Tamanrasset in Southern Algeria.

It is said that local people would see them disappearing off into the bush with a guitar to make tea and have parties. They called them the Kel Tinariwen: ‘The Boys from the Bush’, or ‘The people of the Deserts’. It is therefore unsurprising that so much of Tinariwen’s music seems to embody the landscape the band inhabits.

Intricate pentatonic flourishes of blues guitar float above traditional West African percussion, as layers of richly harmonised and rhythmically concise vocals thread disparate musical elements together to form a sound which is in constant motion, reflecting not only the ever-changing desert landscape, but also the continual relocation of the Tuareg people’s largely nomadic lifestyle.

One of the reason’s Tanariwen’s music is so fascinating is because it has a truly important message. The band was formed out of the idea that traditional Tuareg music did not speak of the hardship and suffering its communities had gone through during the various rebellions against the state and the brutal military backlashes that saw entire families murdered and livestock devastated. In “Soixante Trois“, Ibrahim Ag Alahabib sings:

“[19]63 has gone, but will return // That time has left us memories // It murdered the old folk and a child just born // It swooped down to the pastures and wiped out the cattle // America can bear witness, and Lebanon too // Russia supplied the arms inflamed // My sisters were hunted down without mercy // Those who I would exchange for nothing on this earth // Because love is powerful and strong // It penetrates the soul, and blisters“.

This kind of song writing was revolutionary in Tuareg culture. For the first time, people were playing music which didn’t speak of an ancient warrior past, but a reality that was current and incredibly harsh. Indeed Alahabib himself, founder of Tinariwen, saw his father (a Tuareg rebel) executed during the 1963 Mali uprising.

However it is more than tragedy and sadness which binds the music of Tinariwen. The first thing that will strike you when listening to tracks like “Sastanàqqàm” for the first time, is that they’re songs to dance to. They invoke joy, love and freedom above all else. If music means anything, if it has a true purpose; surely that purpose is to turn hatred and suffering into love and compassion.

It is the new generation of Tuareg rockers, Imarhan who continue to carry torch of Desert Blues and its emphasis on arousing joy from suffering. Imarhan actually translates to ‘The ones who care about me’, the very close friends.

The Influence of Tinariwen on Imarhan cannot be understated. The intricate hammering and flourishing technique characteristic to the guitar playing style in Imarhan and a lot of other Desert Blues music, can be traced back to Ibraham Ag Alhabib, and his creation of the Tuareg Blues style.

It is a method of guitar playing which honours the musical traditions of West Africa through its replication of the embellished playing style of the Kora, a traditional 21 string harp build from a calabash cut in half and covered in cow hide. However, while the influence of Tinariwen is overt in the music of Imarhan, the new generation has carved out a space for itself and revels in it.

As well as an emphasis on heavier use of traditional percussion, rhythm and western musical influences like Psychedelia and Funk, Imarhan have replaced allichu veils with leather jackets and jeans. In a recent Quietus interview, frontman Iyad Moussa Ben Abderahmane explained:

“Compared to other bands, as the new generation, we have been adding more modern elements that could come from rock or funk or any other kind of influences that will transcend the Tuareg music. We make music for the younger generation. And you can see that in our clothes. We don’t wear traditional clothes. We wear the clothes we wear in Tamanrasset every day. So the music and the style represent our generation“.

In my opinion, it is vital that the music of these Desert groovers and the countless others that I haven’t touched upon, is heard by as many people as possible. It is the music of rebellion, revolution and exile. That is what makes it so beautiful. It is the music of unity in the face of isolation. The music Of Ali Farka Toure, Tinariwen and Imarhan is the Blues condensed to its raw essence, the Blues returned to its homeland.