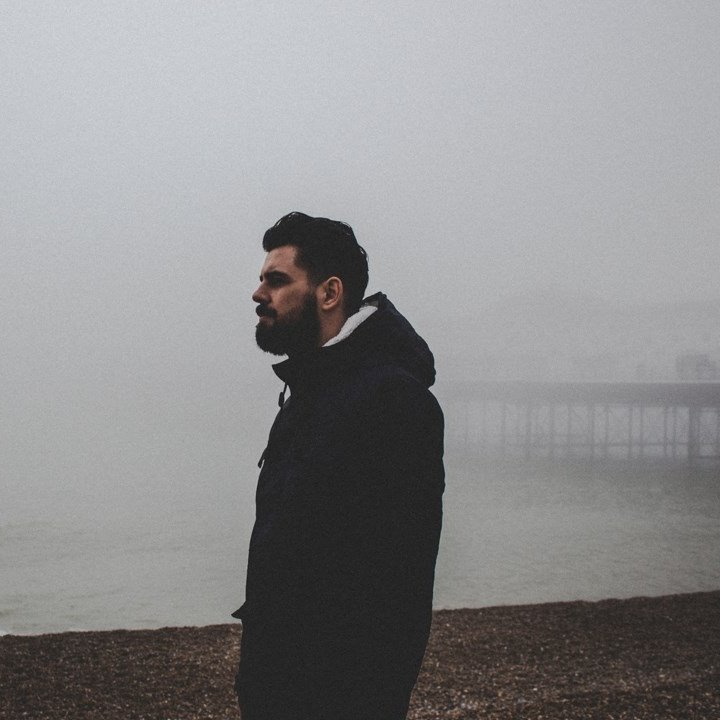 Brighton based visual artist and producer Asta Hiroki is far from your average electronic artist, but instead his sound has been described as a “patchwork montage” incorporating elements of jazz, experimental hip hop, electronica and glitches in his compositions.

Although his music is self-described as “a bit hazy around the edges and makes you question whether you are awake or asleep and dreaming”, it is undeniably atmospheric, rich and textual music, which is exactly what his brand new double A-side release of “Channels” and “Vulnerable” is.

Asta was picked up and instantly noticed by independent record label Jalapeno Records, who were made aware of his unique abilities and immediately signed his debut EP Balance. With the EP having great success with support from radio stations and worldwide admires, they weren’t going to let this unique and talented artists slip away easily.

As an exclusive on We Plug Good Music, we introduce Asta’s double A-side single release with the tracks “Channels”, and “Vulnerable” which features vocals from Suzi Analogue. Listen here first!

Growing up around music from a young age is either going to drive you away from your parent’s old school collections, or allow you to be inspired by their huge variation of material and make you want to be a creative in the music sector. In Asta’s case, music was played around his house for as long as he can remember and it’s certainly not a surprise that his own music features so many different sounds and styles.

“My Dad had the full Tom Waits catalogue which was on all of the time and he would play Phillip Glass and The Velvet Underground. But while my Dad was pretty specific and particular about his collections, my Mum had a big and varied collection of rock, dance, pop and other random stuff on cassette mix tapes, so it’s safe to say they had wildly varied tastes!”

Aside from his parent’s music, his own personal influences also vary when it comes to the creation of his own music, admitting that his influences are changing every single day and every release. “I am currently listening to a lot of Teebs, Shigeto and Badbadnotgood, which has probably helped to shape my current output, but electronic music aside, I also seem to find myself going back to the compositions of Charles Mingus and Joe Hisaishi quite frequently for melodic and harmonic inspirations – those guys are definitely long term influences for me”.

Aside from musical influences, Asta quite interestingly bases his work on the ideas of nature and science. Whether that is the track’s concepts or sampled sound elements for his instrumentals. “When I work with vocalists, I think the tracks I make tend to be more people focused, but when left to my own devices, I find it easier to write about the world rather than ‘human’ topics as when it comes down to it that’s what really fascinates me.”

Although he has not written lyrics for his latest project, Suzi’s lyrics on track “Vulnerable” focus on allowing oneself to be completely honest with themselves and show their true nature even if it leaves them unprotected. That said, his tracks are created by himself in his home studio and life starts with him jamming some ideas out on the piano – the piano that he once upon a time begrudged due to wanting to play the guitar so much, which he eventually began to learn and practiced solidly for hours on end. This led on to him playing in teenage bands and wanting to be a rock star (didn’t we all!)

We all have to start somewhere though, right? Even if your career does take a start by selling amplifiers in your teenage years! “My main income started coming from music when my production chops were getting better about a year into my degree. I started doing the odd production jobs for free, then for pay, making backing tracks for people, recording bands, voiceovers, and sometimes just spending the time making other people’s productions sound a bit better. This luckily escalated into a full time job, and here I am now releasing my own project via an indie label who are all marvelous and a pleasure to work with!”

With this progression being so successful and positive, Asta has given himself the opportunities to make music that he chooses about topics of his choice, collaborating with talented musicians such as Suzi Analogue on his new release, who is a talented, experimental, electronic producer and vocalist from New York.

“I sent her the track and she wrote the lyrics, recorded her vocals and then I did the editing and mixing. It’s kind of a neo-soul influenced, down-tempo piece, but with a really beautiful sentiment”. Living by the sea has been another huge influence to his sound on the latest tracks, with “Channels” being described as a “a bit of a jazzed out left field hip hop affair – a cross between Robert Glasper and Bonobo. We’re releasing the single on digital and 7” vinyl too which is a first for me so that’s exciting!”.

The future is looking good for Asta. Firstly, he is seriously unique, being a jazz schooled electronic producer, which is very rare and secondly, there is the coding, art side and AV elements to what he does. “I think art and music go hand in hand and will frequently make one with the other in mind. I like to collaborate with artists and get my hands dirty, trying a bit of everything. My Mum was a sculptor and painter so I’ve always played around with art in one form or another”.

With more EPs on the cards and taking the show on the road for tours and festivals in the near future, there is certainly a spark of enthusiasm and excitement about what is to come. Asta Hiroki’s “Channels”/”Vulnerable” is out on July 21 via Jalapeno Records, pre-order it on Bandcamp here.

I'm Mia, a 20 year old Music Journalism student studying at Southampton Uni. I'm pretty much obsessed with all things music, whether that be writing about music, discovering new bands and artists, going to festivals and gigs or reading about music, it's all great. I find great enjoyment in hearing a song or album and instantly being filled up with thoughts about that specific record and putting that down on paper. I'm pretty useless with instruments and I definitely can't sing, but the rush and excitement I feel from music has to go towards something, so this is why i write.