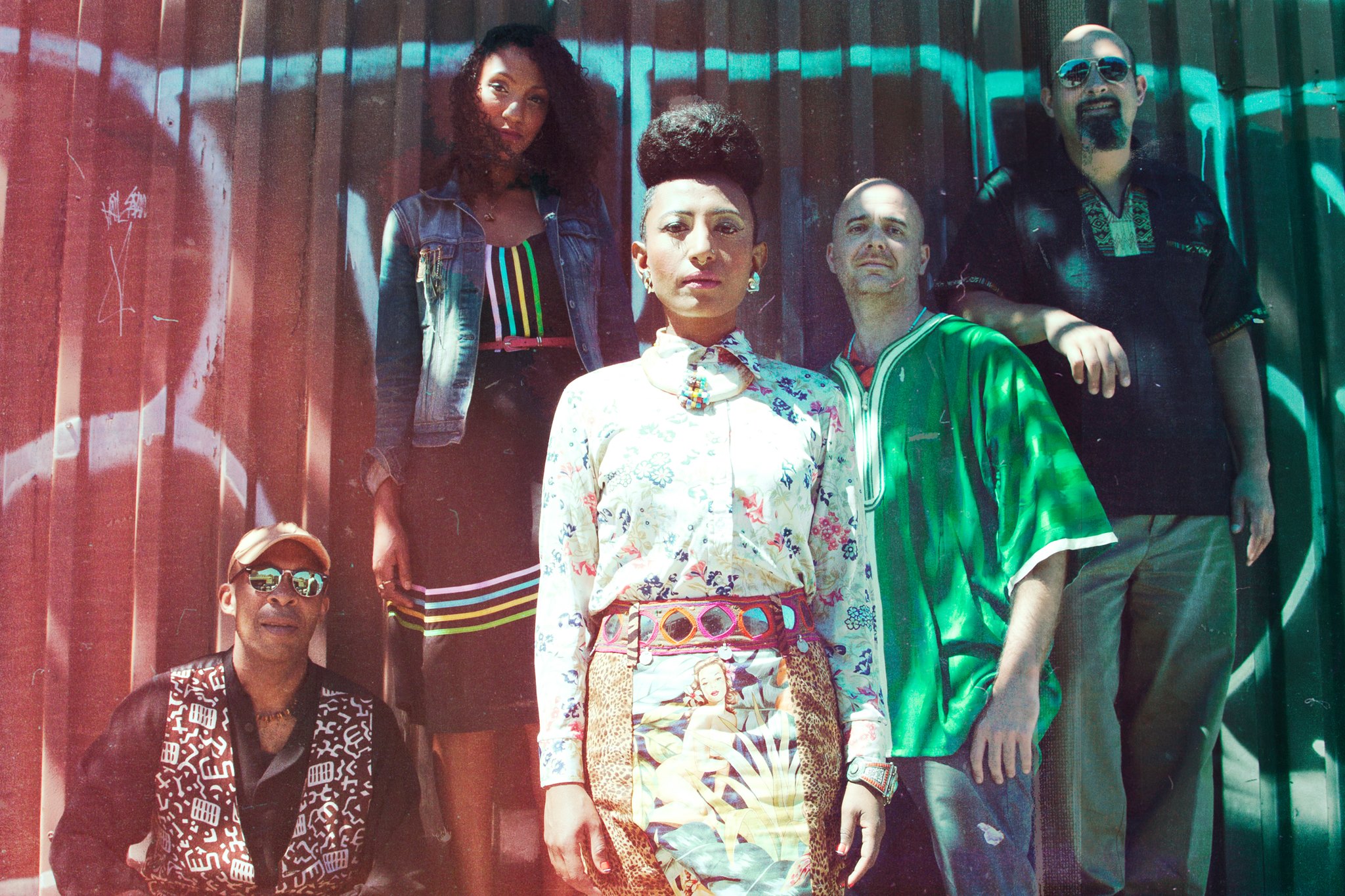 Whilst not quite dripping with gold like the fabled Nile brides of Alsarah’s bedtime stories, yet with no less majesty, Alsarah And The Nubatones enchanted a captivated audience at The Jazz Café, Camden on the 27th of July 2017.

“To be witnessed, to really be seen is a rare gift. When that gift is given by a body of water that wields the power of life and death for you and your community, it could even be considered divine”

In a performance that moved the crowd from raptured silence to foot thumping revelry, instruments and voices weaved together to create the Sudan of Alsarah’s heart. A place of full of legacy, tradition, of love found even during times of atrocity and most importantly the remembered Sudan of her family home.

Alsarah’s family were human right’s activists. They escaped Sudan in the late 1980’s, seeking political asylum in America to avoid being killed by dissidents after a successful coup by the future president Omah al-Bashir. Despite this troubled past and a displacement that still aches in her bones, a displacement we see happening to families across the world today, Alsarah sang to her motherland like a lost child, desperately longing to be reunited.

This honesty and fragility was beguiling. Alsarah’s voice was at once delicate, whilst sharing mythical stories from her childhood, of alligators and mermaids tied together in an intimate kiss with the Nile. Then full of authority, raw emotion trembling against a hypnotic base line of oud, skilfully plucked by Brandon Terzic, percussion Rami El Aasser and the crowd’s beloved Mawuena Kodjovi on bass.

The sound was visceral; blistering with unexpected rhythm held expertly by Alsarah’s sister Nahid on vocals and percussion, and musical phraseology that traversed the borderless lands between world music and improv jazz with expertise.

Alsarah and the Nubatones is a collective born out of a love for Nubian music, both traditional and more contemporary, blended with original material and music of central Sudan. That shared passion abounded in every aspect of their performance as the group delighted us with songs from their new album MANARA (Wonderwheel Recordings).

From the light-touch jazz riffs of Nar through to the frenetic, 70’s inspired disco beats of big hitter Soukura (It’s Late), each song was delivered from a place of joy and humility. A refreshing, upbeat appraisal of the modern age, sung through the songs of a time long-gone.

At a time when society is determined to shine a spotlight on division in all its ugly forms it is heartening to know that music still has the capacity to not only embrace but celebrate cultural diversity in a way that is both inclusive and empowering.

“After all”, explains Alsarah in one of her breathy soliloquies, “despite these divisive times, aren’t we all just hoping that in some small way we mattered, that when the soul transcends this existence we were loved, we will be remembered?”

And memorable the night certainly was. Alsarah and the Nubatones are no strangers to touring and being on the road. Yet despite the distance, they delivered a fresh and energetic set that can only be described as a home-coming, a returning to something important. A message that beneath the surface, humanity is still capable of something beautiful and life-affirming.

“I know wherever I go in the world there is a drop of water, a drop that flows through the depths of the Nile, a drop that remembers me so I can always come home”, says Alsarah. Perhaps last night we all came home.

Writer, musician and artist working in and around the Bristol area. Leander cut her teeth at Making Music, Disco International and Live magazines before working with several London studios whilst pursuing her own creative projects. She is a regular contributor to local and national music titles as well as a familiar face on the festival scene. Leander has even run her own festival accommodation company:"mainly to get free tickets" . If she isn't listening to, performing, or writing about music Leander loves to travel. In 2017, she will walk 160 miles across the Great Wall of China for charity.