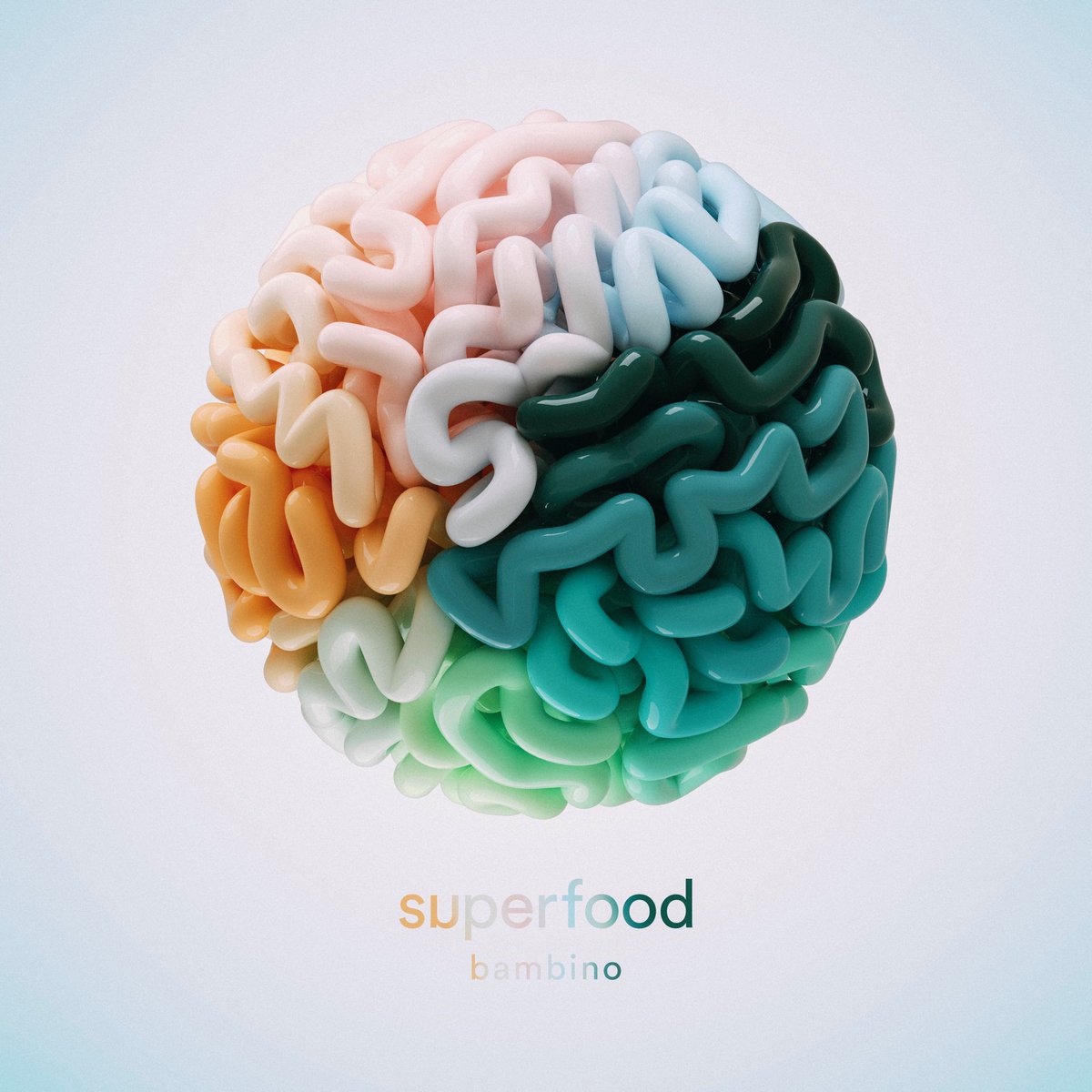 It’s a relevant name, Superfood. In 2017 it makes me think of slightly overkill trends and mobs of obsessive misinformed advocates of kale. Something with the potential to go viral. But better than kale are the Birmingham two piece, Superfood, and I’d say that new album Bambino certainly has the potential for a kale-style reception.

Ok, so its been a slow start for these guys (isn’t it always), and they’ve been sorting it out behind the scenes for the last three years since their debut “Don’t Say That”, which was pegged like every other indie release in 2014: lighthearted, fun but not “exactly a revolutionary outlook”.

NME likened them to the Supergrass hype, and they looked set to melt into the abyss of indie four pieces shoving other people’s sounds in your face. Even back then, however, Dominic Ganderton (vocals, guitar) had been producing demos of some major midlands groups like Swim Deep and Peace, so this ought to have served as an indicator that this was a bloke with a spark of inspiration.

Thus it seems appropriate that Superfood come out swinging with a new label, pared down line up, reinvented sound and an album that I think far surpasses anything yet released by either of the aforementioned groups. Listen to the first three tracks on Bambino and I challenge you not to enjoy them. I kid you not, I normally struggle to find three tracks this good on a whole album.

“Where’s The Bass Amp?” fills your brain with an infectious bass-line and the playful tone is upped by general hysterical noise of the samples used throughout. A lot more synth-y than previous Superfood encounters, its a great choice for an opening track.

“I Can’t See” is fun because I really like Ganderton’s voice. He’s worked out a great combination of sounding like he doesn’t give a shit- enhanced by this woozy groove- and still managing to sound really attractive, charming you with declarations that he can’t “go it alone without you walking next to [him]”.

“Unstoppable” is maybe my favourite track. Its a couple minutes of hedonism and adrenaline, and we’re reminded of Superfood’s roots and reputation: they’ve played gigs where the ceiling literally fell down. These guys know how to party, and this song is supposed to represent the way you feel “after 16 pints” (I’d probably be dead by then, so perhaps more like 6 for me).

“Natural Supersoul” is like superimposing Damon Albarn into a cooler mutation of Gorillaz. Also, Ganderton writes lyrics like everyone understands what the hell he’s on about. This conviction means I actually do think I know what he means when he asserts you should “find yourself and lose control” simultaneously. Best line in this is the sort of oddly scathing-yet-affectionate declaration that you look “perfect” “when you feel underdressed and basic”.

“Need a Little Spider” is a slightly grungier direction, with overdriven guitar and vocal alike. The chorus hook sounds so assured that I was convinced it wasn’t an original, but it is apparently possible to hide such well written songs six tracks deep. What Superfood stuff in at the bottom of an album would cut it as lead single for other bands- “Raindance” is further testament to this.

“Double Dutch”, the actual lead single, characterises nicely the overarching shift Superfood have made: the result is a hazy, synthy, sample-fuelled record.

If you liken Superfood’s progress to an exponential curve, they’ve just finished that boring slow bit and now you need to get acquainted with this album quickly before your lame Facebook friends start talking about it. Superfood Bambino is out now via Dirty Hit, purchase it on iTunes here.