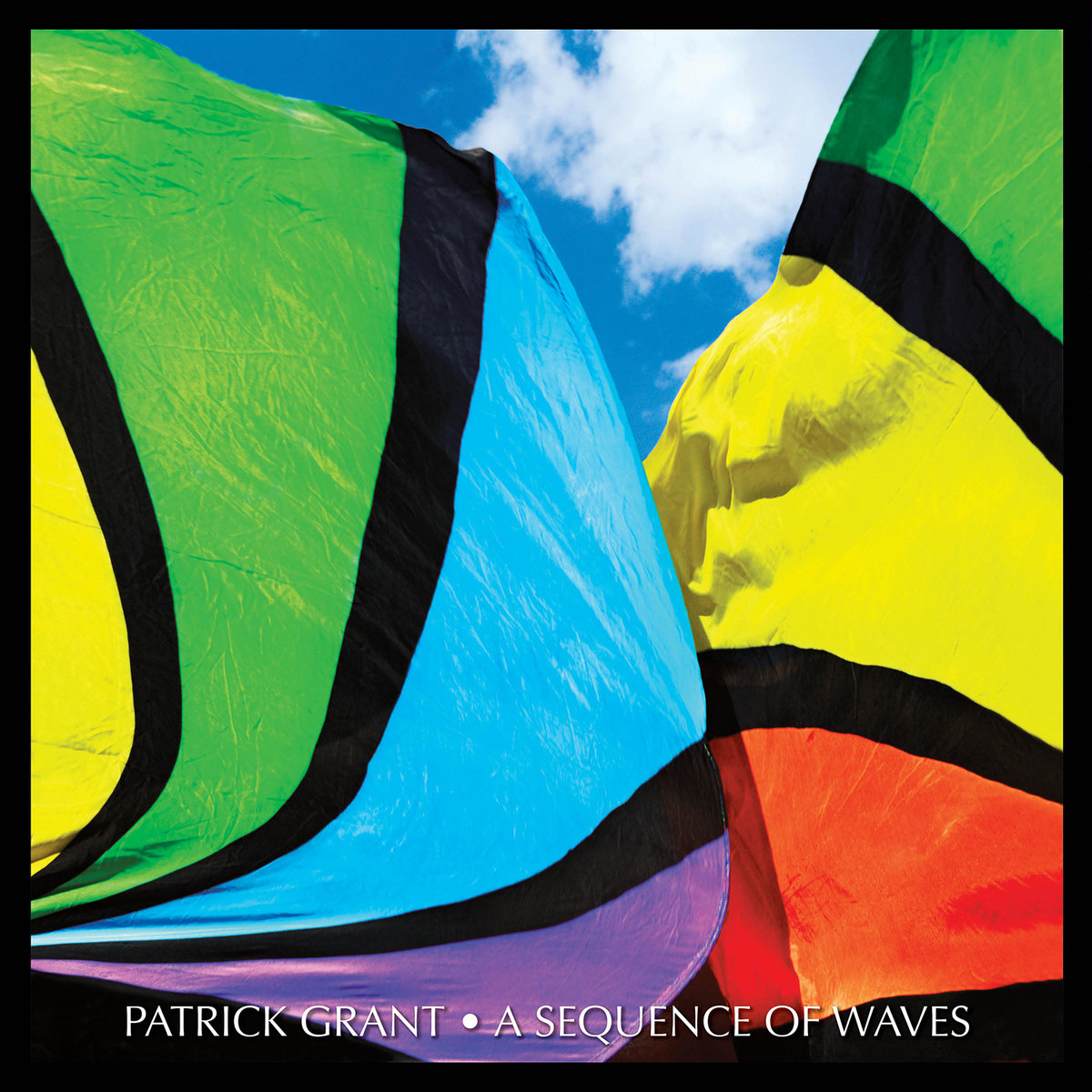 A Sequence Of Waves (Twelve Stories And A Dream) is a post minimal edgy combination of classical jazzy, ambient organic sounds album by Patrick Grant.

He is a very educated composer and musician whose music pieces have, over the years, been played in many concerts, films, theaters, and performances and used in visual media installations. His music is one of a kind. He unfolds all of his talent in this album making A Sequence of Waves musically integral.

Opening track “Lucid Intervals” is a high quality mixture of experimental and classical music track. He is taking us on a journey with this one making us feel fragile and peaceful at the same time, while “Driving Patterns” is all about music patterns that collide into a whole psychedelic track. It is mysterious and anxious, self awakening even. The baselines give the track a different boast. It has many different music layers transforming it into a masterpiece.

“Prelude I” and “Prelude II” have a sonic style and continue the music journey into self awakenings, and “Alcohol“, “Tobacco” and “Firearms” are twisted takes on American roots music mixed with classical tradition and electronic soundscapes. Almost every phrase in them is a music meme.

On the other hand, “Seven Years At Sea” is an ambient track layered with organic sounds, with hints of Chinese influences musically all over the song; the song is undoubtedly mesmerizing in a unique way. Continuing with a post rock feeling, “Breaking Butterflies Upon A Wheel” is unconditionally evolutionary and clean sounded. However, the best track of the album is following this one.

“Lonely Ride Coney Island” is sexy, melancholic and loud. It reminds me of the feeling of that perfect sunset in the summertime you might have after a long day at the beach. You can feel the vibes and the mixture of this atmosphere throughout of the song, making it by far one of my favorite tracks from the whole album.

“Primary Blues” has the same post rock thrush soundscapes as the “Breaking Butterflies Upon A Wheel” track, many music layers bringing the vitality to the track and uplifting the outcome of it for once again.

“To Find a Form That Accommodates The Mess” is the only way that this song can be characterized and titled. Almost at the end of the album, it concludes all the atmospheric musicality and evolutionary style of the wholeness of the album. Lastly “One Note Samba” is a telephone slow sexy song. It brings the best feelings to the listener making him or her want to just chill out and wander into his and her inner thoughts.

Self awaking, the whole album is a discovery of comfort music for the soul. As with life, it is not just one type of style nor person that you are going to meet and have a discussion with. That is the feeling the A Sequence Of Wave (12 stories and a dream) album also brings to the listener.

Once you listen to the entire album, you will understand the diversity but also the wholeness with in it, making it for sure one good choice to have in your record collection for whenever you just want to drift away from the rest of the world making a time out from reality.

This album is layering dawn the music world in only a few seconds in each and every track. You can enjoy the outcome in it is a post minimal edgy combination of classical jazzy, ambient organic sounds bringing the best experimental view of musicality as Patrick Grant knows best how to, creating beautiful music for the listener just because he loves music, so listen to the album below and go and buy the record right after, it is definitely worth it!

Patrick Grant’s A Sequence Of Waves is out now, purchase it on iTunes here.