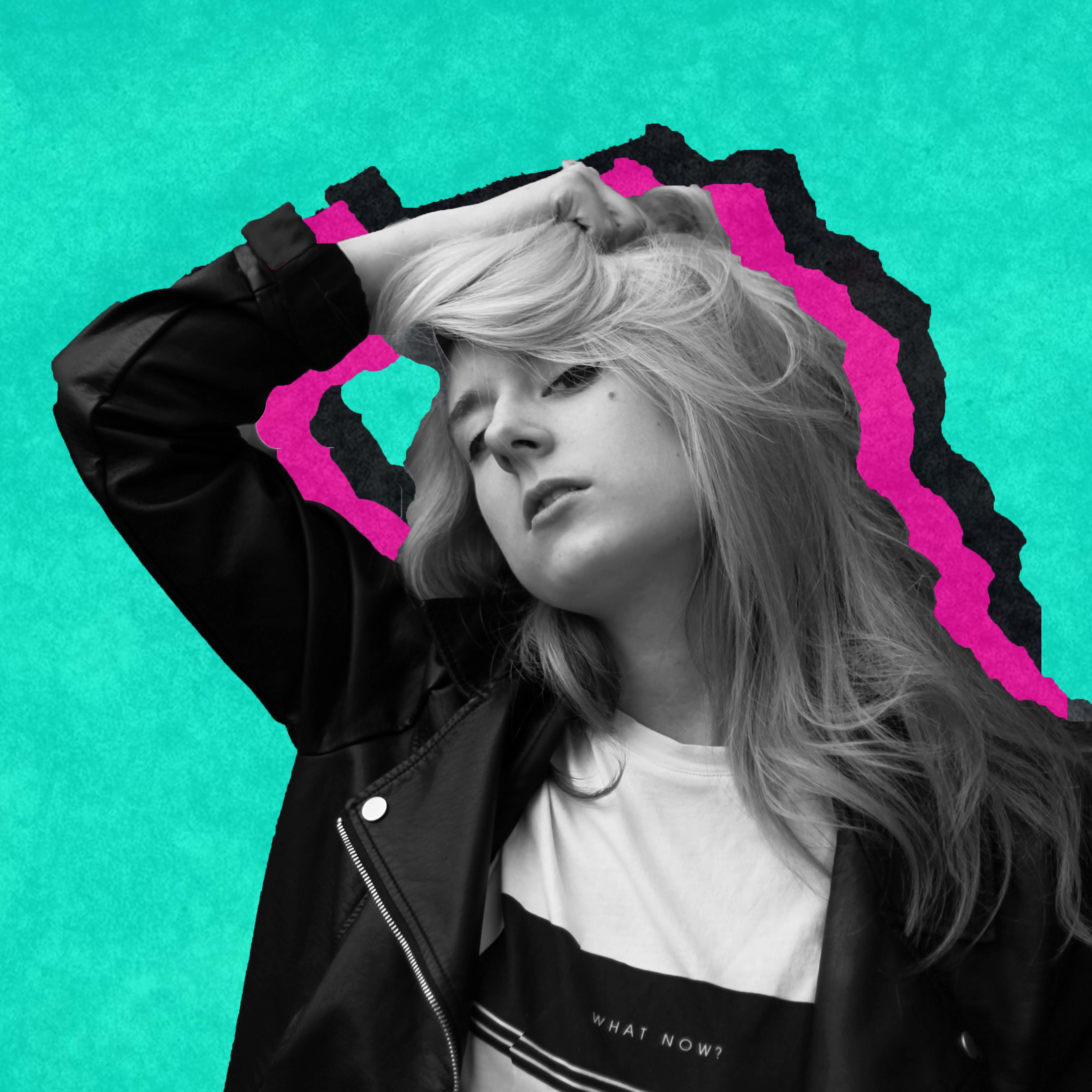 Self-described “grubby-indie-pop” musician Lauren Deakin Davies, known musically as DIDI, has certainly had a hectic but successful few months having just won the NMG ‘Producer Of The Year’ Award, producing a impressive handful of work over the last few years, including live sessions with The Hoosiers and having taken part in the creations of albums with several artists too.

Not only does she play a helpful hand in the creation of other artists music, but she also produces and makes her own music too, her latest single being “Back Off” which was released in August with the help of Rhiannon Mair, who produced the song and played drums on it too.

“Back Off” is a clear, catchy, guitar heavy, bold statement written about a situation that she found herself in on a train (read below), with a feisty pop-punk sound that is very unique. The song is rapid and loud, and you have no other option than to hear every word that she is saying about the subjection of women, delivered with anger and guts.

Playing in bands since the age of 10, DIDI decided to drop out of education at the age of 17 to really dedicate herself to music full time, focusing on the production side of things. She fed her need to perform by being a tour session guitarist for a number of acts that she was producing for, at the time.

But that wasn’t always the plan from the start. “I had always wanted to be a robot designer, an inventor of robots who would make people’s lives, particularly those with disabilities, that little bit easier. I used to draw designs, they are hilarious to look at now, coupled with my dyslexia, labeling the various elements and functions, they were pretty rudimental”.

Aside from the robot making ambitions, DIDI enjoyed making things out of wood and playing the guitar as a child, but due to her missing various music lessons, she pretty much taught herself how to play and decided this was the best way to start up a band. “I really didn’t like doing covers of songs, so I started to write my own music to play for my band. I would write the melody line, the guitar part and the lyrics to take to band practice for everyone else to then develop”.

After being in a band with four boys, she decided it was time for a change and at the age of 14, she decided to start up a girl band with an indie/folk sound, sharing the song writing and being rather successful, getting radio plays and features in local papers and magazines.

“The line up evolved and ended up as a pop duo called ‘Delora’ by the time I was 20 years old. At this stage, I had been doing production for a few years and I was so pleased when five of the albums, produced by me, got reviewed in Sunday Times Culture Magazine, as well as other broadsheet papers and magazines giving them attention”, so it really is no surprise that her individual music is having such a success with her impressive background and experiences, but now it is time to focus on herself as an artist.

“In March of this year, I wrote a song ‘Sorry’ which was so me and my sound, not written for anyone else, which had a really astonishing reaction when I put it out there, leading me to release it officially. I wanted it to be something so honest and authentic and if people didn’t like it, that was fine… but they did!! Gigslutz premiered the video for it, the Revue in Canada wanted to premier the Soundcloud release and everyone was just really complimentary of it”.

Having had such a positive response, this spurred her on to wiring “Awkward”, a self produced and released single about a month later and now, she has released her latest single “Back Off” which has also had a really supportive response, spurring her on to write an EP, which we should hopefully get to hear this year. “I only went solo about 7 months ago and this has all been such a real whirlwind so far, it’s all happening so quickly, but it’s very exciting!”

Writing and recording in her own studio, known as ‘The Den’, she focuses her lyrics on completely personal experiences or events that may have affected her. “Back Off” for example was written after she witnessed an abusive situation on a train from an overly aggressive man who was dissing this particular females education and race and just felt the need to write a song about it. “I regard ‘Back Off’ as the big sister to my previous single ‘Awkward’ as it has a similar theme but ‘Back Off’ just had a lot more guts and anger in it”.

DIDI is definitely not short of positive attention and feedback and has had lots of amazing support throughout her career. She was chosen for the Girls I Rate event and had a song chosen as part of their 20 best songs, alongside artists like Lily Allen and Carla Marie Williams. “Awkward” was featured in DIVA magazine and was supported through BBC Radio 6 music, and not to mention her latest NMG Award.

She is definitely a huge inspiration and example to anyone who wants to take on a solo music career and dedicate everything they have to music, whether that be the production, songwriting, gigging – DIDI does it all! “I’ve just done what has always felt right and gone ahead and tried to do everything to the best of my ability” so check her out.