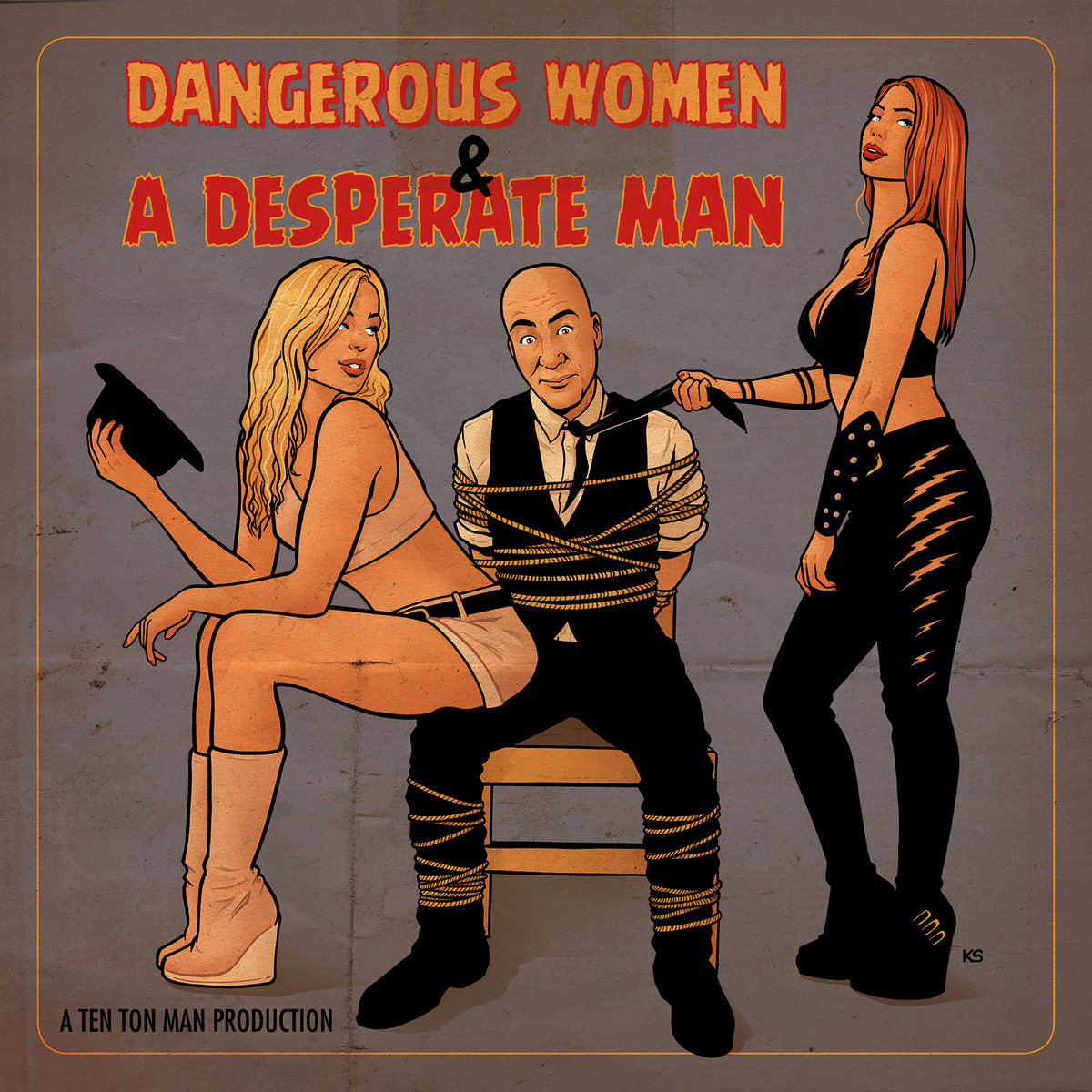 Ten Ton Man is a three piece group by the three Paul’s, the headman of the group Paul Livornese, Paul Dugan and Paul Triff. They rock and groove onto Americana roots and Blues music. Sarcastic to the bone, their tracks on their latest album Dangerous Women & A Desperate Man are full of tales and stories about different levels of love, when being in love as they interoperate in their songs does not always have a happy ending.

In their first track, there is a dangerous woman involved in a man’s life. In another entitled “Once” there is a story about lust, lost and love and on the last one, the tale is about a “Mary”, a hypocrite who is romantically involved with a guy who really does not want to be involved with her so much and living in a rut in their relationship.

Dream Women do not exist in reality and Ten Ton Man have realized that, from the first track on their Dangerous Women & A Desperate Man album. With classic Rock & Roll with hints of Americana and thrush, they take the storytelling part to the next level, as the ideal woman turns out to be a psychotic thief robbing banks and whole foods.

It is a quite interesting song reminding all of us, women and men, that you cannot judge a book by its cover. It is witty and funny surprising the listener while feeling the vibes of its unconventional lyrics and rhythm.

In the same Americana Rock tempo of the previous song, the track “Once” is following, the second one of the album in which they are ultimately rocking in a weird but awesome way. Lust, lost and love the three Ls in this one here.

Confusion in a joyful way is what this song is all about and as Paul sings, he once knew and then told the gal but what happened next, well that is something between the two of them and for them only. So enjoy the track and do not think too much, just wander around having a great time and all will turn around just fine at the end.

“Mary”, the last track of the Dangerous Women & A Desperate Man album concludes festively this rock-Americana-roots music journey. Making the listener smile as it goes along with the story of a man and his girlfriend Mary who he sometimes fancies but other times not so much. It is adventurous and spicy making us all remember of that boy or girl who we really wanted but at the end rather leave behind with no questions asked ever after.

Adventurous, romantic and unexpected lyrically, timeless rock and roll sound acoustically this is their greatest, funniest work in their whole dark and glittering music history. They are setting themselves apart from all the other groups, while continuing to make New York (their home town) the center of the rock and roll, Americana, roots, Blues community since 2010, the year that they began their journey together.

Blues never felt more attractive in their live performances and even though they are miles away from Europe, Asia, Africa and Australia day by day, they are making a musical entrance globally, and making the difference at the end of the day, making people groove and smile.

A happy feeling that is the essence of music and with Ten Ton Man you will get that, so as they say themselves, if you are in the mood, order another round of absinthe and get ready to sink those services of yours into their unique, fantastic music reality. The new Ten Ton Man EP Dangerous Women & A Dangerous Man is out now via B The Cat Music, purchase it on iTunes or Bandcamp here.