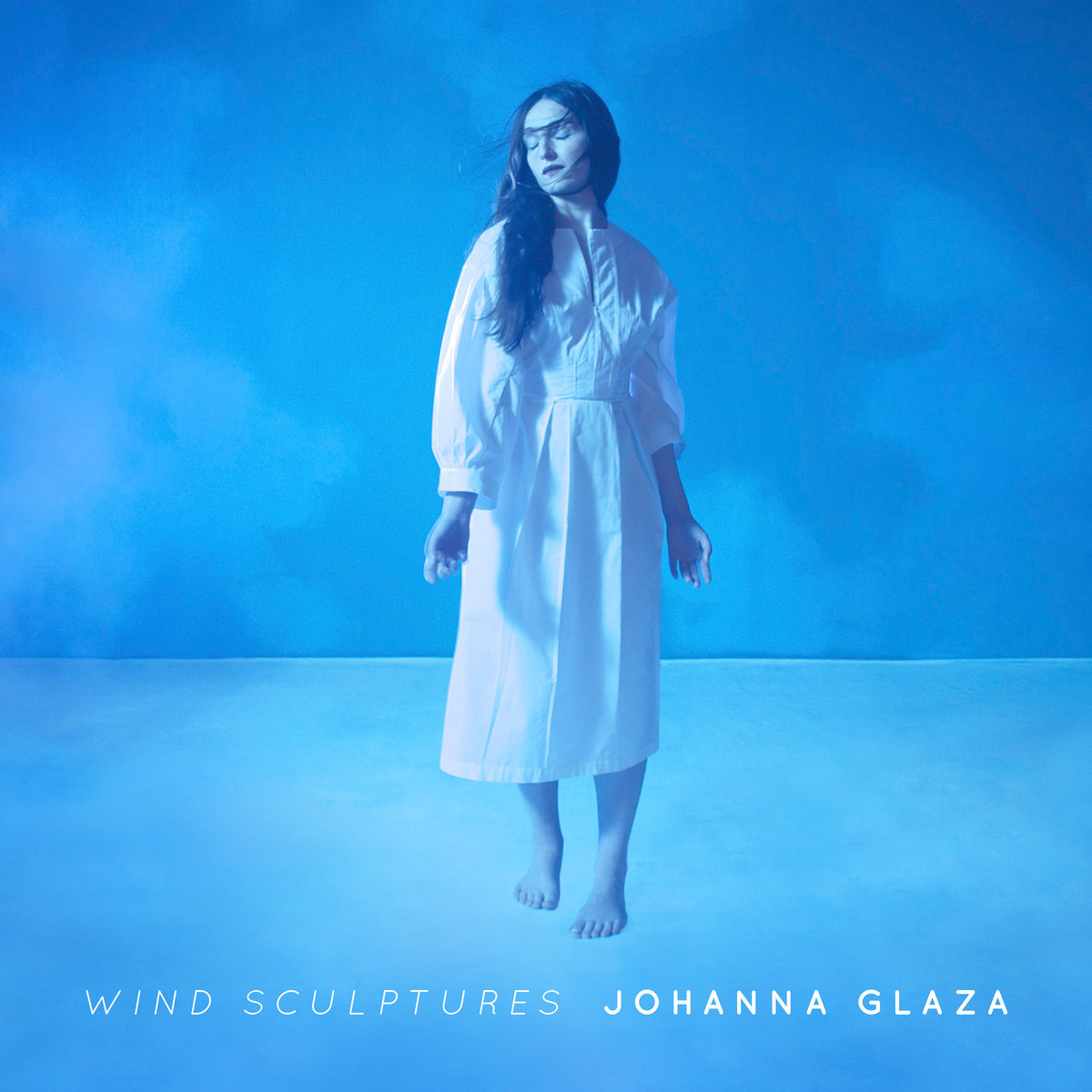 The mythological voice of Johanna Glaza invites us on a deeply abstract journey throughout her debut album Wind Sculptures, with daring production, symbolic lyrics and chilling vocals, putting a real 90-degree spin on what you would normally expect from a traditional folk album.

She delves into complex and pictorial ideas offering illustrations of goddesses living under the ocean, meditation and learning how to breath normally and also under water, and the feeling of loss and grief, all perfectly placed in one mesmerizing album.

The Lithuanian born folk artist has an exceptionally unique vocal range that is portrayed clearly in each individual song on this album. Previously, Johanna was the lead singer of the band Johanna And The Wolf, who were a new wave rock band, but since the departure of the band she has worked on her individual career.

In regards to Wind Sculptures, the passion felt about making her first album on her own and putting her own undeniable amount of talent and creation onto every track is really evident, as her unique sound takes over instantly.

The construction of the album is based around the tellings of mermaids, goddesses and in depth feelings, each track whistling by like the wind with her piercing high notes. The simplicity of the music; the gentle piano and drumming work in favor of her voice as her incredible range is so clearly heard, especially on opening track “Space Mermaid” where her precise pronunciation is crystal clear over the simple production, offering a more operatic approach.

The track is based on a character that time travels and learns to breath under water, with Johanna using her imagination to explore inspirations felt from Canadian singer/songwriter Joni Mitchell’s “Blue”. The concept of breathing under water was an idea that came to Johanna as she faced dealing with the loss of her Mother, with the water acting as a symbol of the flood of emotions that she felt at this time.

Her album is presented like different motions of a film, with the music speeding up, slowing down, becoming incredibly high pitched, or really low and quiet giving it a psychedelic and chilling feel, each track delving into different motions of meaning and inspirations.

“Coming Home” offers something of a fairy tale feel, a perfect cinematic story of trees and dreams inspired by the idea that songs are more than just a verse followed by a chorus, but in fact they are endless journeys. Inspired by empty spaces, she was inspired to write this song whilst left alone at a friends house, written to her Father who acts as the wolf in this narrative.

I can’t help but feel like each track on this album is a stepping-stone, leading towards somewhere mysterious, a place filled with explosive thoughts and mythological meanings as every track delves into the journey of Johanna Glaza’s mind. There is a intense feeling of needing to escape throughout the album, but in the closing track “Don’t Fall Don’t Break” Glaza appears to do just this as she vanishes, flying high in the sky and dissolves into the air.

It is like the ice Queen has sat down at a frosty piano and poured out every part of her soul, every crazy thought and every emotion, with each track complementing the previous and the haunting music causing havoc. This album is wildly courageous and changes your individual way of thinking for that split second. It drags you into an imaginary world through the duration of the listen, a world that appears exciting and unexplainable unless you give this album a listen.

Johanna Glaza’s Wind Sculptures is out now via All Kinds Records, purchase it on iTunes here.