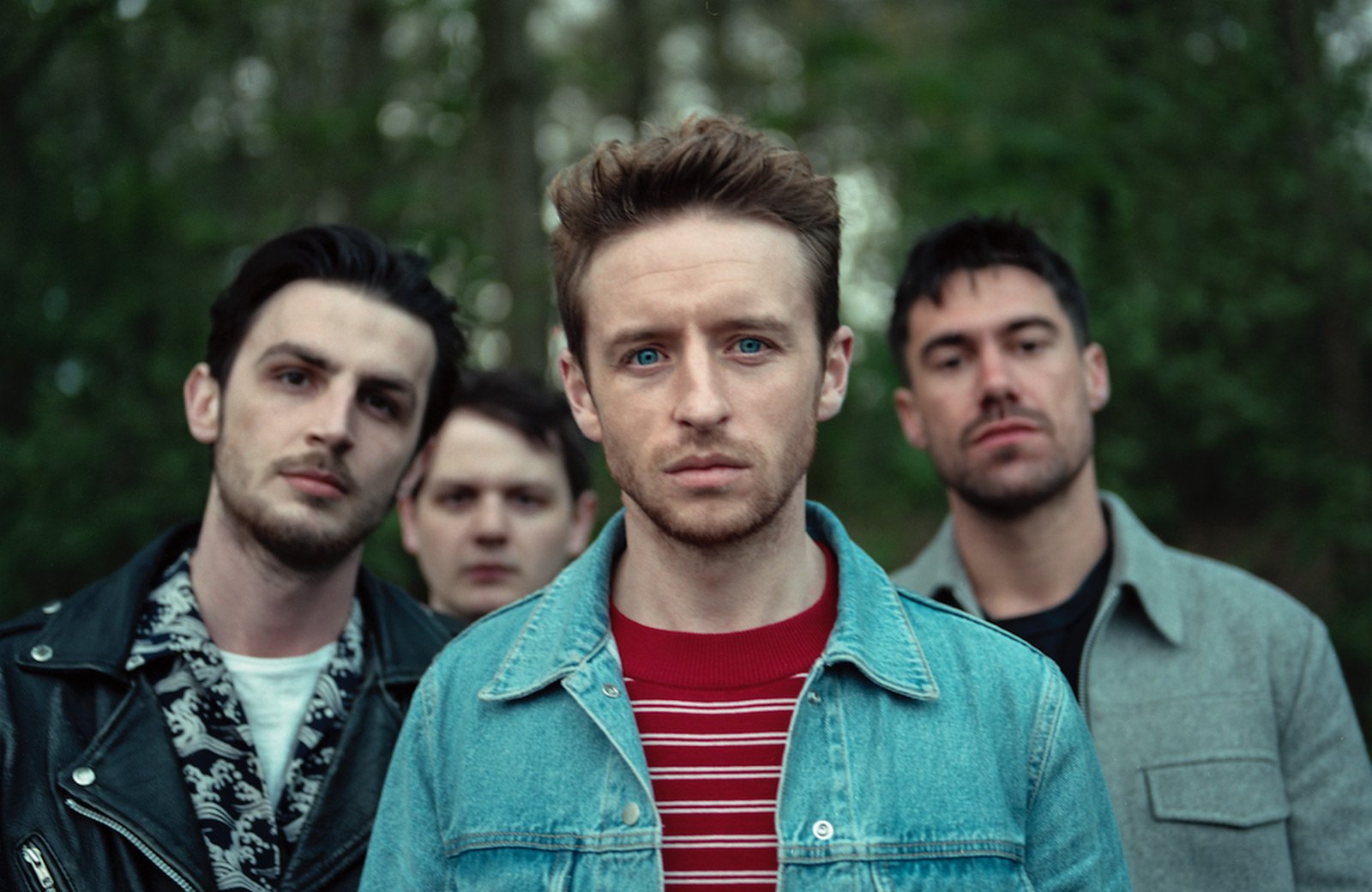 Wednesday, November 1 saw Skinny Living take to the stage for their sold out London show. As smoke glided up the entrance to the newly refurbished Borderline, I was transported into a New York style basement bar, booming from the speakers was an R&B playlist as the sound of city conversations rippled noisily through the venue.

With the house lights dimming at 9pm, Skinny Living took to the stage promptly to a raucous of cheers and whistles from their audience. This was combined with their eerie intro music which consisted of heavily distorted vocals and synths which then fell into a simple piano melody. A rise of drums and heavy bass was introduced before lead vocalist Ryan Johnston’s falsetto vocals cascaded into all corners of the wonderfully intimate venue.

Have you ever been hurt in love? “Let Me In” was about meeting someone you really like and struggling to open up because of your past. There was an injection of soul in comparison to the opening pop ballad. His vocals were raw and raspy, the Taylor acoustic guitar added to the grittiness, Will Booth on guitar and vocals playing with a little swing. The unfaltering enthusiasm even led to a broken string, so they had to have a quick reshuffle of the set list.

The next track was piano-driven, “Antidote” was about missing someone so much you felt sick. All eyes were on them, silence settling among the crowd. The dry ice circulated through the space setting the scene for the theme of the song, with crisp white Hollywood lighting glowing from stage back.

The sliding guitar chords added a sense of sadness to the track, a truly captivating performance. Ryan narrated his way through the set, making the crowd aware of which situation or moment each song originated from.

A palette of orange and red lighting blanketed the stage for “Never Been Hurt“, an unreleased track that had only previously been performed acoustic. It opened with a modern country style guitar from Will and an injection of a bluesy style bass.

The set had been balanced with a nice amount of light and shade, but each chorus was explosive as the next, whether it was slow or upbeat. In “If Love’s Enough“, the lyrics remained completely truthful as the song explored the effects that modern society has on love, Ryan as a frontman displayed a warmth and realness to him which made every word truly believable.

Transitioning to a vibrant green lighting, the mood of the next song “Breathe” was contrasting to the previous two, it reminded me of “Island In The Sun” by Weezer with its carefree and laid-back vibe. With Ryan’s vocal range undeniably good and the whole of the band (Will, Danny and Rhys) were impeccably tight, feeling every beat and I felt it with them. Positive energy and warmth radiated through the venue.

“I want to introduce Danny Hepworth [Guitar/Vocals], this is a song we wrote in the beginning” Ryan told their engaged audience, who responded with an uproar of cheers and screams. The crowd had become increasingly energised, people were merry as they grooved. “Got Control” felt like a jam session you see upstairs on a Tuesday night at Ronnie Scott’s, you could see the enjoyment of the whole experience from each of them.

They were real wordsmiths and so relatable, many of the songs touching on both the positives and negatives of relationships. “Everyone’s all wrapped in the back it’s cute to look at”, Ryan pointed out as the lighting transformed into a red and purple, a romantic setting.

“Simply Sorry” had that Sunday evening feel, red wine in hand with friends or a lover, as you danced so freely around the living room. As their vocals came together in harmonious unison towards the end of the track, they sung the words ‘I’m Sorry’, it was truly believable and for a band I was going to watch with no expectations, I really was blown away.

This continued all the way through to the end of the set. “Messiah” was about always being there for someone, but this time they are the only person who can help themselves. For me, it was a highlight lyrically and emotionally. With heavy reverb on the vocals and soft backing vocals creating a gospel sound, they created quite a magical connection with the audience, those who were still talking were being quietened by the rest of the crowd in annoyance.

This was followed by “Have You Ever” and “The Journey“. This saw the venue light up with phone torches, like fireflies igniting the venue, the audiences faces glowing. This song was so relatable, it was as though he had written a diary of every coming-of age situation and the advice was buried in the lyrics of the song.

They introduced their latest single, a darker more commercial track called “Fade“. What certainly didn’t fade was their on stage charisma and chemistry all the way to the end.

As the lights settled to purple LED’s and the stage emptied, cheers for an encore began as the lights flashed rapidly. They returned with two men down, and as “Story Book” began, Danny and Ryan surprised the audience by entering from the back of the room, weaving and dancing their way through the venue, overcome by supportive cheers. They finished with “On The Rocks“.

My dreary Wednesday hump day was transformed after seeing these lads live; I came out into a cold crisp London air with a little glow inside that you get from a summer’s day. They all showed their own character and identity in the performance but their friendship on-stage shone through.

The genuine warmth from Skinny Living makes me want them to succeed and with the passion for their craft combined with beautifully descriptive and story-telling lyrics, ultimate success is exactly what they’ll achieve. Keep tabs on them on Facebook, Twitter and Instagram.