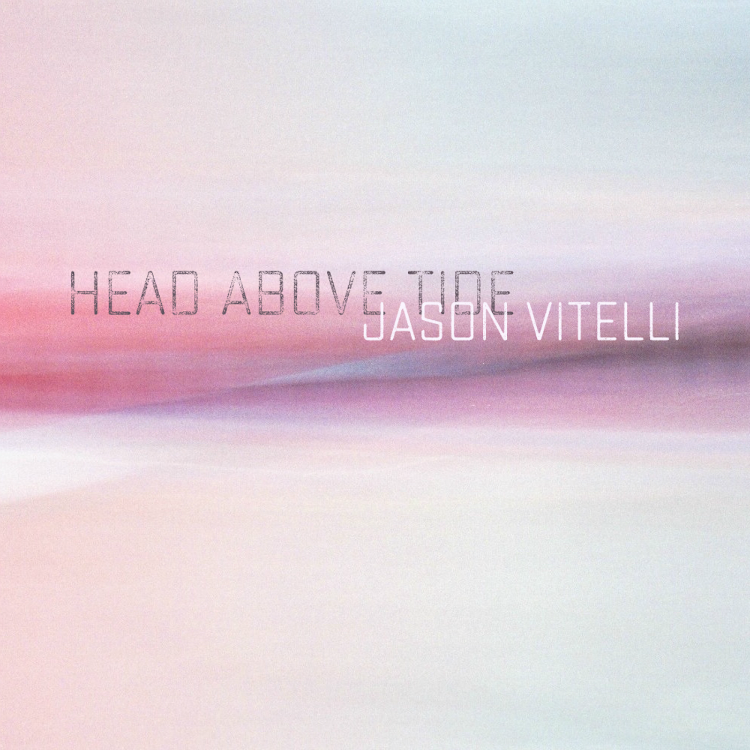 On the forthcoming album Head Above Tide which is going to be released on January 17, 2018 the talented and upcoming artist Jason Vitelli takes the listener to a music journey where all the songs which the listener is about to hear coalesces around the idea of facing adversity and overcoming obstacles.

As Jason Vitelli quotes about his urge to write and produce the songs: “Over the years I’ve resolved my angst and become more sympathetic”. So get ready to hear romantic ballads, pop sounds and enchanting melodies velvety driven with lyrics about relationships and family matters. Having literature, fantasy and cultural aspects in his lyrics, everyone can relate with his personal music wanderings which become a reference into this unique production.

On the first track of the EP, he brings fairy melodies which are lyrically mingled by the peaceful piano and baseline tempo. The delightful vocal symmetry throughout it makes “Hit & Run” more peaceful and relaxing.

Having a calm full vibe throughout the second song, “Fault Lines” grooves on disclaiming symmetry to completeness. On the third track “The Persecuted“, the tempo starts to get louder. The solo electric guitar is master-guiding the vocal sounds, while its pop elements with a more Latin feel transform the song’s atmosphere and uplifts it into a musically fullness.

The first instrumental intervention of the album follows with “Descension“. It is only few minutes without any vocals, filled only by music. Following this interval, things quickly pick up. The rockish mood in “Labyrinthine” is more than obvious. The bass is getting louder and Jason’s voice is at a higher scale this time, having more depth, and this is the first time that we can hear female vocals accompanying his voice.

“Living Proof“, the sixth track of the EP captures all the elements of a true classic ballad. The echoing sounds of a piano string and a violin are flowing throughout the song, while the song “D-Day” has a road trip feel. It is smooth and pleasant. Again we can hear female background vocals and the whole track is surrounded by warmth and joy musically in its vibes.

“Welcome To My Life, Healing” bring into the table a smooth version of jazzy old-school sounds which evolve into a reggae tempo after a while. It is a rollercoaster of sounds but it doesn’t miss the music symmetry. Situated at almost a song after the middle of the album, “Ascension” is another instrumental break with only a piano melody which holds on acoustically for only a few minutes.

The song “Trees” has the essence of melodies of the early infancy of psychedelia. Jason’s vocals are deeply enchanting, grasping the listener’s interest to hear more and more.

On “Pinwheel”, there are influences of blues and jazz music. Melodically, the rhythm having back female vocals, reminds the listener of the sounds of old gospel music. The basslines are the main music characteristic of the track. It grooves on playing on with smooth velvety acoustics.

“Autumn Hymn” brings a melancholia sound. A jazzy saxophone is playing all the way and the tempo is just as much needed for chilling out on an Autumn-wintery day.

On “Propagate” and “Vacant”, the tracks which following “Autumn Hymn”, Jason is jamming out to thick basslines and piano strings, and is just what the listener wants to hear after a long day. “Three Marionettes” portray the hardships endured by child refugees in the second Sudanese Civil War, their oppression, a symbol of boundless of human cruelty.

As Jason notes about the song’s lyrics: “In a greater sense some of us can emerge out of trauma unscathed”.
The last track of the album is entitled “A Mutiny“. This music outro is like a farewell song that goodbyes the listener with smoothness. A song full of emotions bringing a smooth closure.

The album has a musically holiness but at the same time, a different musical perspective approach. Jason Vitelli’s angelic voice has all the right qualities to uplift every songs concept. So when January 17 comes, go and listen to this music proposal for yourselves and surround yourselves with melodies and sounds that will accompany you with warmth and bring you immeasurable joy!