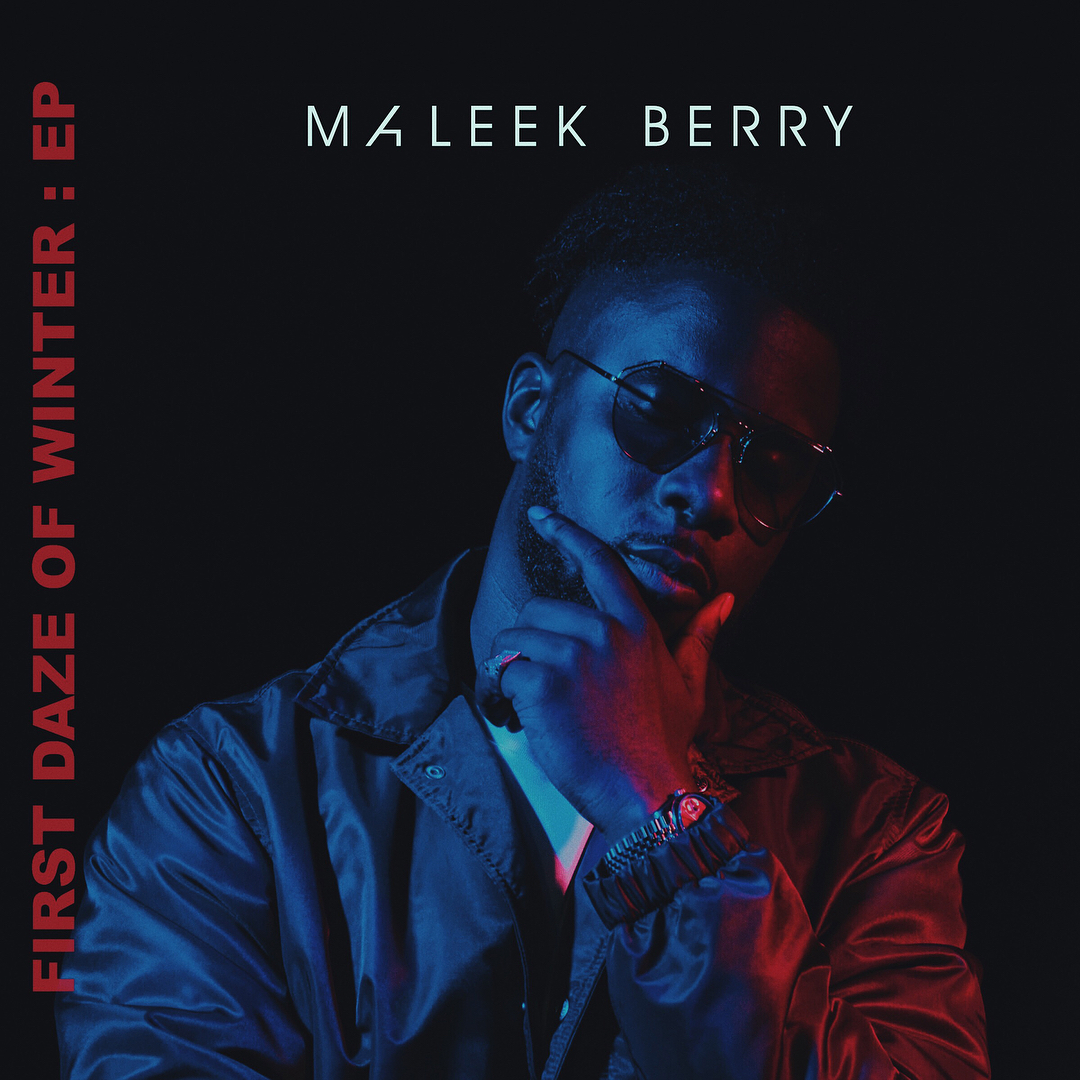 British-Nigerian recording artist and producer Maleek Berry provides us the soundtrack to his Winter blues with his latest offering First Daze of Winter, a brand new EP for fans and you all to enjoy this 2018.

The producer, and now artist, has made a name for himself over the years. Noted as the producer behind Wizkid’s “The Matter”, he has had a hand in shaping the soundscape of Afrobeats, working alongside the biggest names in the game like Wande Coal, Runtown, Davido and Iyanya… the list is quite expansive.

However, Maleek Berry is very much his own artist, an artist in his own right. Acting as a follow up EP to his critically acclaimed debut project Last Daze Of Summer which was released last year, we see a slightly different side to Maleek on First Daze Of Winter – an evolution to his signature sound.

Take “Been Calling” for example. One of his latter 2017 hits, he starts off the whole EP with him at his most vulnerable. An honest song about unreciprocated feelings for a female interest in question. “You know I’ve been calling, you don’t wanna answer me…“, the key line in the hook which he laments through the track.

Or how about “Pon My Mind”. More upbeat than the previous but as the title suggests, it details the yearning for a girl in particular and her consistent occupancy in his thoughts. But it hits you different. There’s something about the bass and the soft, undercover synth-like chords that you really feel it in your soul. The guitar riffs are just served like the icing on the cake. One of my favourites on the EP.

Then you have “Own It” a song about giving her your ‘all’. It is definitely a vibe and his embrace of multi-layered percussion that it is near impossible to resist the urge to move along to the record.

Where his musical footprint and influences would naturally lead to a more afro-dancehall project, that all changes when you get to “What If”. Here we have a more soulful R&B take which shows a little more versatility. The roles are reversed as that same longing and pursuit previously expressed by Maleek is attributed to the woman as the phrase “When you turn on the radio, Am I still on your mind?” rings through the chorus.

If there is one thing I appreciate on this EP more so than the previous record, is that he really finds the ‘pockets’ within the songs where he can manipulate the melodies of the track with the help of his vocals. There is no better example of this than “Sisi Maria”.

He really goes back to his roots as he gives us a Highlife serenade intertwined with an Igbo dialect and is just complete to the brim with bounce. One of the beautiful things about being an artist who is also a producer is knowing how exactly you want a song to sound and executing it. I mean, who will know the beat and do justice to it better than the person who made it?

All is not lost as we are left with a joyous, upbeat resolution as we arrive to the final track “Pulling Me Back” which sees Maleek in a better place, well and truly “bitten by the love bug”; a track which gives the impression of a reunion between him and his desired lady. The beat is especially upbeat and could act as a prelude to a ‘spring time’ themed project to come.

With this project, one thing to note is that as sombre as it may be holistically, there are still infectious melodies and catchy hooks, the type that tick all the boxes for radio-ready joints and will easily get rotation. He really comes into his own as he further proves how he masterfully brings together the different genres that influence him to create music that is beautiful while catchy.

With no features this time around, you get to see, hear and feel just that bit more of him. This is Maleek Berry in his finest hour. He’s offering his entire being in the pursuit of wholeness in passion, and while the conclusion is not a clear-cut win in that regard, he scores points for being earnest, honest and melodious.

Maleek Berry’s First Daze Of Winter EP is out now via Berry’s Room, purchase it on iTunes here and stream it below.