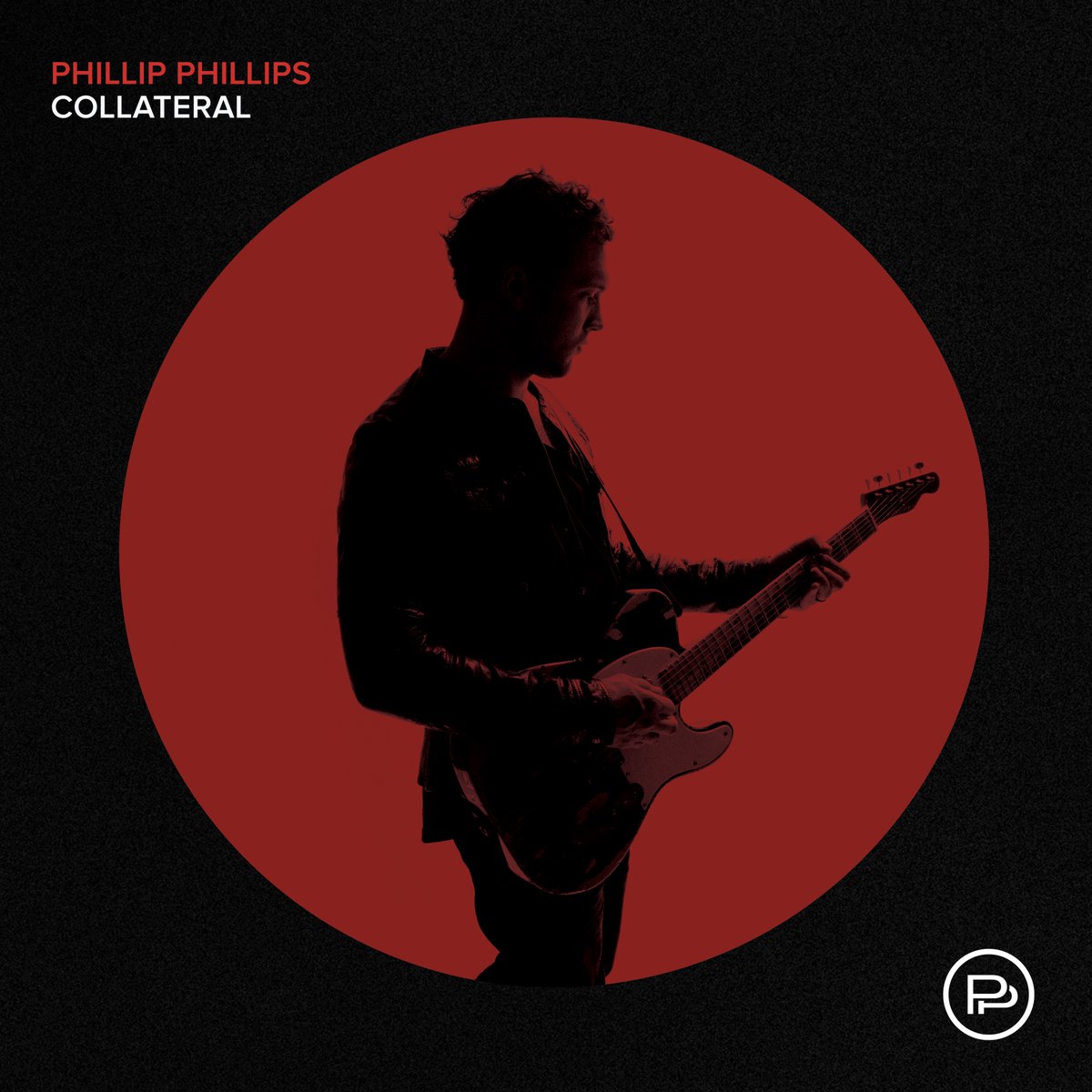 I always love a good pop-rock album and when searching for new music, I’m always trying to find something that glads my attention and that was the case with Phillip Phillips new album Collateral. It’s a fun and enjoyable pop-rock album with the influences of some of the greats from the Pop and Rock world.

This is the third album released by the 2012 American Idol winner, and it was produced by Ryan Hadlock, who has worked on Phillips previous two releases and is famous with working on the Self Titled album by The Lumineers. Nathan Chapman, Jon Nite, John Paul White and Todd Clark also help work on this album as well.

We begin with the album’s opening track titled “Magnetic“, with a nice old jazz club feel and it always put a smile on your face. It is about a girl that you keep being pulled to and can’t get enough off, this is shown in the pre-chorus leading into the chorus with the line.

“It might’ve taken me a minute, But now I finally get it, You’re magnetic Pushing and pulling me“, while the song kept building that building it feels like something you would see in a love film. It is a nice mix of pop and rock, the type of pop rock I like, and is a great way to start off this album.

Then we get a really beautiful and touching acoustic track with “Part Of My Plan“, with it giving off a feeling that he wrote this when on tour and was thinking about the one he loves. This is best shown in the lyrics “Chasing down things I know now I’ll always learn but could live without, I’ve been thinking hard about who I’m“, and with the lovely synths in the background, it really sets the mood and would be a great wedding ballad.

“My Name” puts the rock in pop rock with great excitement, and Phillips vocals really help make this song a joy to listen to, but the best part of me is the bridge, which sounds like it was so much fun to play, and this feeling also robs off on the rest of the song.

However, for some reason, this song has an early Audioslave feel to it, with the way Phillips was singing it or the way the song was laid out, I don’t know, but I think this is my favorite from this album. The next song “I Dare You” slows the album down again, with a blues feel.

The record is about how much a guy loves this girl, as he asks her to trust him. This is best shown with the chorus line, “I dare you to trust me“, and with a really nice guitar solo in the bridge it another great addition to a pretty solid album.

“Sand Castles” goes towards the atmospheric direction of pop, and I really love the build to the chorus, where Phillips’ vocal really feel out there. This is especially heard in the last chorus, with the strings and humorous vocals, which also has a REM feel to it.

On “Don’t Tell Me“, Phillips hits the funk more, in similar fashion to “My Name”, with a fun feeling and more of a relaxing tone, which fits with its lyrical theme of caring about someone you just broke up with, typified on the first two lines of the song, “You call me up to let me know, just how good you’ve been doing, I don’t wanna let it show but I can’t keep pretending“. With the great instrumental and unbelievable solo, this is one of the album highlights.

With “Miles“, we get a really catchy pop track with Philips asking us to take the leap of faith with him. This is put across in the lines, “If you follow in this mystery, we could swim inside these crowds“. With the great mix of the acoustic guitar arrangements and vocal delivery, this will remain in your head for a long time.

“Dance With Me” goes epic with the beautiful violin section that I could listen to all day. It leads to another touching guitar melody just like on “Part Of Me”, with the writing on the road feeling, he gives off.

Phillips rocks it up again with “Love Junkie” which is really just a fun rock track, about an over the top description of love being a drug, and how the musician is addicted by it. At times, the record feels like a Royal Blood offering, but in a good way.

“Her Mystery” is a really touching song about finally letting someone into your life, and how amazing and beautiful that moment can be. The instrumentation and drums arrangements carry that effect, with the feeling of Phillips entering a colosseum and singing the song to someone he loves.

The artist goes back to basics with “What Will Become Of Us“, which is a beautiful acoustic love ballad, about telling someone you love them for the first time. I really love this track for how honest the words feel. Lastly, the solid rock track “Into The Wild” finishes the album off, with a great guitar lead and standout reverb. Phillips really shows his vocal range here and caps off a really enjoyable album for me.

Overall, I was really impressed and enjoyed this album as a whole, with its good thought out lyrics, a great mix of rock, pop, and folk and songs that would be stuck in your head for days. For a pop-rock album, you should definitely check it out. My favourite tracks were “My Name”, “Don’t Tell Me” and “Her Mystery”. Purchase Phillip Phillips’ Collateral album on iTunes here.