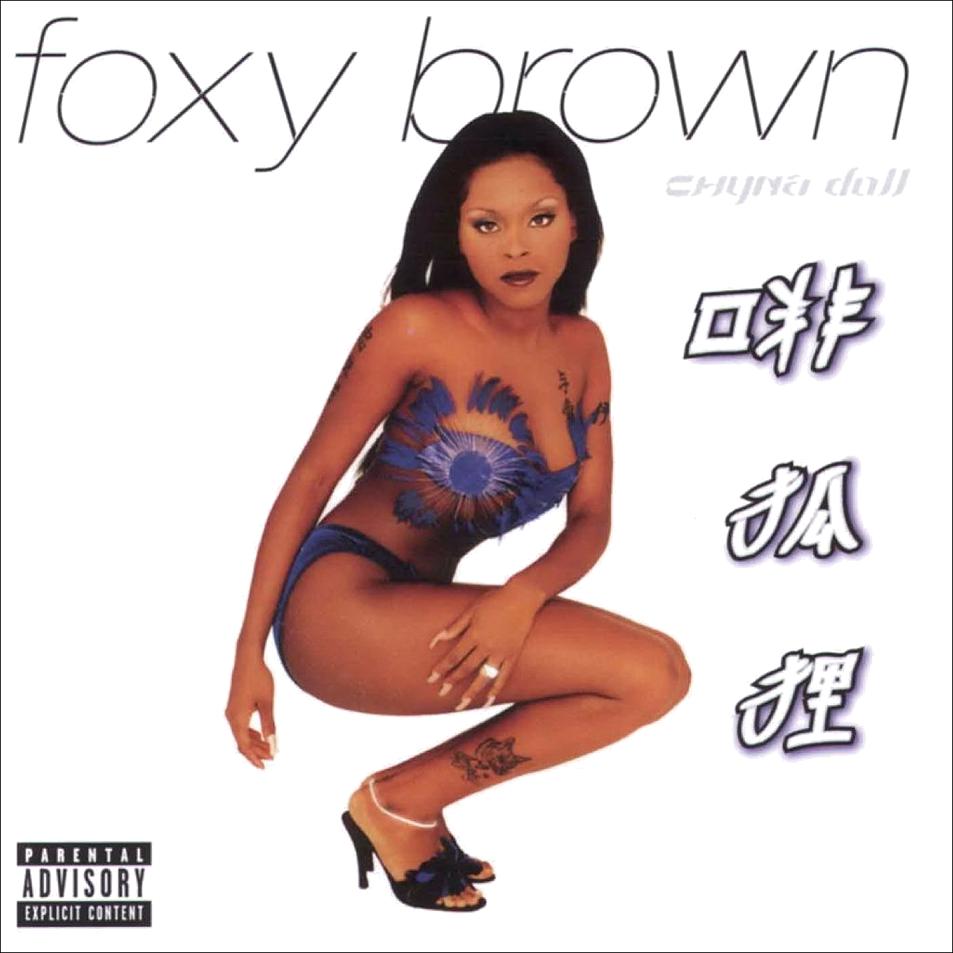 When Foxy Brown was releasing Chyna Doll in 1999, she was already a living legend. When still a teenager, she won a talent contest in Brooklyn, being watched by Trackmasters. Impressed by her rap skill, they invited her to rap over LL Cool J’s “I Shot Ya (Remix)”, and several other features eventually lead her to signing a record deal with Def Jam.

Brown released her debut album Ill Na Na (most of the longplay was produced by Trackmasters) just one week after Lil’ Kim’s Hardcore. Both became instant classics, not only because of strong sales and being at the top of the different charts, but primarily because of their feminist or sexist lyrics. “She’s all about sex, pard-on, check your facts / And the track record, I’m all about plaques”, Foxy raps on her album’s title track.

Chyna Doll album kicks off with “The Birth Of Foxy Brown”, which is a tricky introduction – there’re a lot of noisy sounds, moaning and groaning as if Grandma Funk is having a baby girl, who is – obviously – Foxy Brown. Then she speaks to a newborn about the streets, drug dealers and continuing her entertaining legacy. It might look like the Brooklyn native wanted to break the infamous Hardcore intro, but all what can be said about this is: nice try.

Soon after on “Chyna White“, Foxy raps about her lyrical skills (no doubt, she had some!) in a very interesting way – she uses the ‘Chyna White’ allegory, and makes some reference to drug cultures in the 60s, 70s or 80s (the same period when the original Foxy Brown movie was released). “I’m the type of bitch leave a nigga nose stiff / And get his hoes hit, make his toes shift”, she flows well over a nice Shim beat.

The tempo gets faster with “My Life”, the very personal track, where she talks about her life without a father, and how that affected her later relationships with men. “For this ‘high price’ life, it’s the price I pay”, she raps in her bittersweet voice.

Also, it’s the very first time she touched the Lil’ Kim diss. “You was my sister, we used to dream together / How we could make it real big, do our thing together”, she reminisces on broken lasting friendship. Sadly, the beef is still on till this day, and seems like there’s no chance to any reunion.

The album highlights are pretty easy to choose. Foxy paints a picture on “Hot Spot” of her still being a bad b***h, as well she does on “Baller B***h”. Unfortunately, as crazy as it sounds, “Hot Spot” was the last time Foxy Brown would make her appearance on the Billboard Hot 100 as a solo artist.

The others singles were the best choices Foxy could do from this album. “I Can’t” is a soulful and breezy jam recorder together with Bad Boy girl group, Total. “Pussy is power, let me school you girl” is probably one of the most iconic verses from Brown. Fair enough to write, “I Can’t” didn’t get as much recognition as it deserves. Even sadder, another great R&B collaboration, which is the very catchy track called “JOB” featuring Mýa, was just ignored by everybody.

Foxy Brown also recorded another song with Jay-Z, but as much as “Bonnie & Clyde (Part 2)” is a decent track, it can’t be compared to legendary “I’ll Be”. The other features on the album are pretty disappointing. “Dog & A Fox” sounds like it’s taken straight from any DMX album. Jose F. Promis wrote in his review for AllMusic, that the song showed a more pornographic than sexy side of Inga.

On “Can You Feel Me Baby” we are introduced to Foxy’s brother, Pretty Boy, who standing next to collaborators like Beanie Sigel and N.O.R.E across the rest of the album, is just lacking of rap skills.

As the album progresses, most of the tracks go really unnoticed, and the whole thing feels a tad bit too long and becomes boring very fast. There are some moments to remember, but looking at her whole discography, she definitely has at least two better longplays than Chyna Doll.

But here’s the essence of a strong debut album, and with the legacy of Ill Na Na, it was almost impossible for her to fully recapture. And that’s why people say it’s even harder to release your second album. Foxy Brown, who always was a magnet for controversy, might not be remembered for Chyna Doll, but at least her career wasn’t over after it. She redeemed herself in 2001 with Broken Silence and in 2008 with Brooklyn’s Don Diva.

Foxy Brown’s Chyna Doll was released on January 26, 1999 via Violator Records and Def Jam, purchase it on iTunes here, and stream it below.