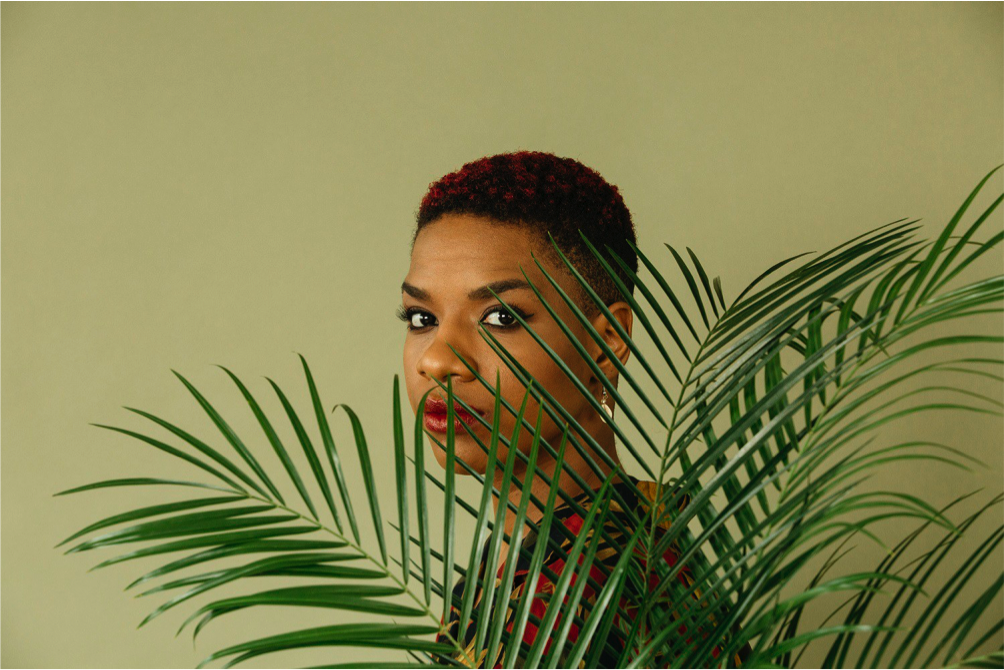 The sound of New York singer-songwriter Aisha Badru is emotive and bewitching. Not music that you’d expect from someone who was first attracted to artists such as Christina Aguilera and Destiny’s Child, she described her first original songs to Dig This Real as ‘poppy’ and non-personal, mirroring what she had seen on TV.

Despite struggling with a lack of self-confidence, Badru independently released her debut EP Vacancy in 2015 in order to reach her ultimate goal of relating to an audience through her music. The charming compilation of songs is raw and gentle with acoustic guitars playing broken chords and her delicate folk-influenced vocals floating on top, all written in her preferred solidarity of her bedroom.

They’re the sort of songs you would experience live at an intimate concert in a cathedral with a pint of beer or glass of red. The choice to release her music publicly was a good one as it resulted in her angelic voice getting over 9 million Spotify streams and a contract with Canadian label Nettwerk.

The leading track of the EP Vacancy is a metaphorical and reflective narrative, displaying Badru’s vulnerability and introverted persona. The sentimental connection between Badru and her music is vital for her, claiming that at first she hated performing publicly because she was playing covers rather than her own songs, meaning she couldn’t relate fully on a personal level, to what she was communicating to her audience.

The self-acclaimed ‘huge fan of beautiful words’ pours her passion into the poetic lyrics within the EP title track “Vacancy” that regard post-relationship sorrow, “You’ve shown me just what it’d be like, unloading all the boxes in my mind“. The moving track was selected for a heart-warming Volkswagen viral campaign in 2016.

Following her Vacancy EP, came her single “Mind On Fire” – released in June 2017. This track is reminiscent of fellow indie/folk artist The Paper Kites and a happier version of Daughter. Badru’s unique hushed vocal tone is highlighted through repeated backing vocals singing in harmony and the stripped back 3 part texture consisting of backing vocals, guitar pedal notes and her haunting reverb soaked melody.

Badru is a passionate philanthropist, lyrically this track explores conflict and protests. In the explicit version of the track Badru effectively juxtaposes her innocent sounding voice with swear words, making her even more endearing. Badru has a genuine and earnest persona, she recently travelled to Bali, Indonesia to donate a share of her Volkswagen advertisement income to a family suffering from poverty.

Badru has recently released her latest single “Bridges“, which will appear on her upcoming album, alongside a touching music video that visually personifies the obstacles that arise throughout relationships in the form of multiple identical versions of one partner.

Musically the track takes a step in a different direction. Opening with relatively bold electronic drum pad sounds, a Bardu fan could become confused, but before long, her familiar airy and dreamy vocals take the lead however this time with a doubled vocal that has been manipulated with an almost robotized effect.

Despite the decision to incorporate electronic influences into such organic music being an risky one, it allows for another perspective to experience Badru with. In the climactic second chorus and bridge, string crescendos create swells that sound like how a sunrise looks and repeated broken piano chords provide light pattering raindrops.

Badru’s first tour commenced in April of last year when she supported folk/electronic artist Haux on his American tour, she then began her own US tour in October 2017. Badru’s no-doubt mesmerizing debut album Pendulum is due to be released in the Spring of this year, with a fresh new style as she explores her newfound electronic/folk genre.