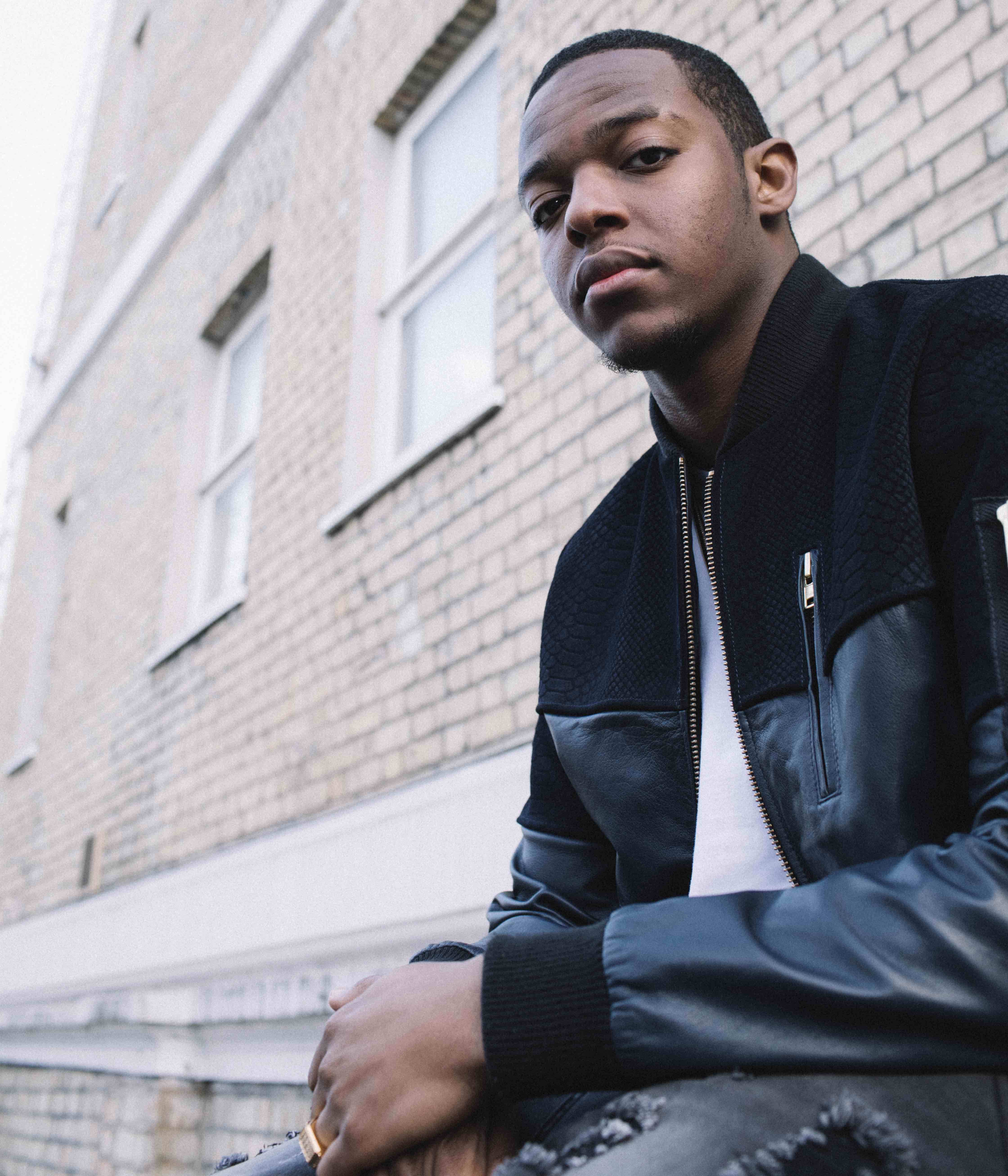 It’s not even been two years yet, and 23 Unofficial is already one of the most anticipated and discussed new artists out there. 2017 marked the breakthrough year for the Hackney-born-and-bred rapper, with songs such as “Can’t Tell Me” and “Naughty” featuring Not3s, gaining him extreme popularity in the scene.

However, it wasn’t until his song “Ain’t Bothered” got released, that 23 Unofficial garnered him the title as one to watch by major industry tastemakers.

What often leads his listeners to confusion though is his artist name ’23’. “I own a lot of trainers, mainly Jordans. So when we were trying to come up with a name we were trying to find something that represents me but is different from a lot of things, and at the same time iconic. Then we saw that number was linking to that and that’s were it kinda came from. It stuck ever since and people like it, they tell me they like the name”.

About adding the ‘Unofficial’ to his socials, he states: “When we were setting up Twitter we couldn’t get ‘official’ so I was like, let’s take ‘unofficial’. It was actually so fun. It makes sense, and at the same time you can’t just get ‘23’, it’s not one of those names you can search easily so we had to add something. It just sticks to us now”.

Due to his quick, enormous success, many don’t know that 23 only started doing music at the end of 2016. “Not3s is one of my friends – he was in the studio and I came to visit, because at that time, I liked to know how music was being recorded, and I wanted to see where he actually started from. He was recording something and I must have freestyled over the beat or something”.

Growing up with musicians constantly being around him, he got the taste of freestyling at school at an early age but never considered to take the craft of singing and rapping serious until a certain point: “My friends from school told me, when I was freestyling, ‘take it serious, take it serious’ but I couldn’t see myself doing music.

I was like ‘nah, I can’t do that’. Anyone will tell you that if they want you to do something, but it’s different for you when you’re facing millions of people, that is a big difference! And I’m not that kinda person who is outgoing so that pushed me back as well.

But then I met my manager from now, he told me he wanted to get into managing and if he could manage me and then I was like ‘why me’, but he was like ‘You got what it takes’. I was rapping at the time, but at that time you don’t know what it takes to be a successful musician when you’re not one at the time”.

Getting so much recognition so quickly, 23 didn’t notify his parents about his plans of becoming an artist at first, scared that they would be against it and not understanding his movement. “I played football, went to school. When my parents found out I was a musician they were like ‘nah that’s not him’.

I kinda kept it a secret from them, three videos later my cousin must have showed it to them when I wasn’t in the house. But I was planning on telling him because it was coming to a point when it started to get serious. Now I have plaques in my house and they come to my shows and are really supportive. My mum texted me that my video got 4 million views, they’re so deep into it”.

He explains further, “Telling my mum was a bit difficult though. My dad was always supportive because he has been a DJ back in the day so he already knew a bit when it comes to music. My mum was difficult but now they are fully with. At school I was into computing, I went to sixth form and studied IT so I was kind of a nerd.

I wouldn’t say I’m smart but I knew what I was doing, and I knew – the way that I am – that I couldn’t work in an office. I wanted to do something I am financially set with but also got the flexibility to do what I want. At least now I know that I enjoy life as it is and live my life”.

Taking influence from a wide array of genres, UK Rap, Afroswing and R&B being among them, 23 grew up listening to a diversity of artists. “When I was younger I was listening to Biggie and Tupac and sometimes modern-day music as well.

My mum has liked old school R&B, the same era from the Biggies. Also Michael Jackson, I grew up listening to that. In my house, they were always playing music. In secondary school I listened a lot to the Drakes and the Rick Rosses, but still old school as well. But now it has flipped from US Rap to UK Rap, that’s what has influenced me”.

He goes on talking about his favourite artists, “I liked Drake from early early when he wasn’t a big superstar yet. I’ve been to all his tours. Given that he is able to do such things in a time with so many good artists. He is definitely at the top.

Biggie is at the top as well, Tupac as well. I probably like Tupac more than Biggie. Fat Joe as well. UK-wise I grew up to early Krept and Konan, like their first EP. And Nines, he’s like my favourite rapper in the UK to this day still. I like a lot of different artists, but Drake is at the top”.

His current single “Ain’t Bothered” gained millions of views in an astoundingly short amount of time and certainly awarded him a secure spot in the music scene. “A lot of artists have made music a lot longer than me so that’s why I’m taking it as a blessing.

It can definitely be overwhelming but seeing that I have only done it for over a year it’s definitely a blessing. There is something happening every day, a lot of crazy moments. It’s always been a plan but never thought it would happen so soon. Ain’t Bothered was definitely a game changer for me. Every song brings me further”.

Considering there is a lot of negativity on the world wide web, particularly on Twitter, a lot of artists representing the new generation become victim of bullying by those who, for some reason, do not see their success as well-deserved. 23 has his own take on this.

“With the job as musicians you definitely get negative people, even the biggest artists get that. I try to stay away from that because it is always gonna happen. But I get way more positive than negative comments. People have their own opinion, everyone’s got something to say. It’s just the way of life”.

When asking if :Ain’t Bothered” was supposed to be aimed at someone, he elaborates, “Ain’t Bothered wasn’t directed at anyone, it was just a message to people out there that I don’t care. You do what you want to do and say what you gotta say”.

The past 12 months have been an incredibly fascinating journey for the young artist, from accompanying Not3s on tour to stage-diving into a crowd of thousands of fans on his first show. “I told the DJ to stop playing the song. The crowd knew the whole chorus, and line to line. It’s genuinely crazy. It’s one thing to play the song in the studio but for them to actually sing it to me. I jumped into the crowd!

First I was like ‘I can’t perform in front of thousands of people’, and that day was the first show I have ever done. For them to sing it in Manchester etc. is crazy. Since then I have never had a bad show. Even in clubs, when the song is playing, people go crazy”

“I heard they played it in the club the other day and had to get a reload three times because they weren’t allowed to play it because so many were singing along. It was around my corner actually, and nobody told me! This is just a blessing. It’s definitely a good blessing”.

As well as being played millions of times, “Ain’t Bothered” recently got signed to major music label Island Records, after 23 spent the whole year as an independent artist. Speaking about the reason for going with Island Records, he says, “I felt like the song had done everything it could do. It was all about getting the song to a whole new scale now, we had a lot of meetings with labels.

If you’re gonna have me in your company I wanna express myself and do what I wanna do. Island were like ‘whatever you would like to do we are behind you’. They also have a lot of experience and I believe in knowledge. It was just about pushing me to be bigger. They won us over giving us the feeling of being a family”.

After a buzzing 2017, he is more than ready to take over the scene even more this year. “The last months have been so unexpected, so we wanted to watch the game for now and see what is going on. I’ve got a few remixes, surprises, and I’ve been in the studio a lot.

Definitely pushing the whole content. There will be an EP in the summer, hopefully ten songs with a blend of other musicians. Hopefully a tour afterwards. We are talking about festivals as well, and shows in other countries. A lot of things are going on”!

It has, without a doubt, been an exciting and deserved journey for 23 so far, and we are more than thrilled to see what’s to come from him in the future. Keep tabs on 23 Unofficial on Facebook, Twitter and Instagram.