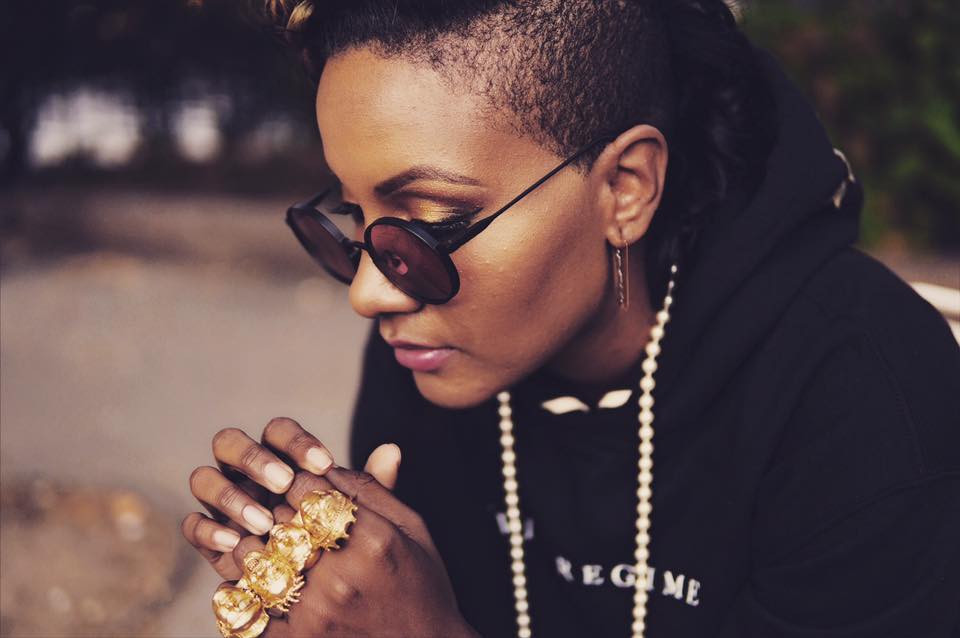 Poiison is more than a star in the making. The Queens native independently released her first EP titled Unemotional Freak on February 4, but she has more experience in the music industry than just one mini-album. “I started doing music at church, my sister a professional drummer and I just fell in love with music. My mother was a singer at church and it started there”, she says, reminiscing on her early beginnings.

Althought her roots are in church music, when she was asked about her influences as a kid or teenager, she says, “I grew up on 2Pac, Lil Wayne and Britney Spears. I loved them, very unorthodox playlist”. Poiison proves once again that she’s an unapologetic.

She has graced the stage of Good Morning America with well knowns artists, and supported the likes of Ciara and Robin Thicke on tour, “I opened up for them at concerts, it wasn’t like a long term thing. But Ciara was hella sweet to me”, she says about her support performances.

About two years ago, Poiison released a single on Soundcloud called “Pills For The Pain”, which initially attained viral internet popularity. Eventually, it reached almost 20k views. “Pills For The Pain” dives into the deep oceans of young love and pain; which shows there are no easy remedies but only temporary fixes.

Speaking about her dark experience and inspirations for writing such a strong, vulnerable song, she shares her thoughts, “I only write about what I live. Although it’s a beautiful gift to write in other perspectives I haven’t reached that point yet… so whatcha think?! No fairytale”.

She also collaborated with the Brooklyn native rapper better known as Fireman Band$ some months ago. The misty track called “Greedy”, which was produced by Nicodemus, gained impressive numbers on Soundcloud with almost 990k views, and the whole album BANKROLL$ & $TRIPPER POLE$ was a huge success itself.

Poiison is constantly collaborating with fresh artists from New York and cities around. She has even been working with young hip hop upstart Dillon Cooper, but it seems like they’ve known each other for a long time. “Dillon and I had friendship so I had to show him my work ethic before he actually took a chance with me musically… It was magic though when it happened, nothings changed”.

In November last year, Poiison shared a video for her The-Weeknd-influenced song called “12:54”. Speaking about shooting the music clip, she says: “Honestly the song was a freestyle and my boy Taylor Flash and I woke up and said let’s do a video we always preplan shit… We decided to just not even think about it… Posted it on Facebook and bunch of homies pulled up… We literally improvised the whole video. It was just a fun thing like the song”.

As many people believe, 2017 was the year full of respect for female rappers, as they deserved. Cardi B was breaking records, Lady Leshurr continued her Queen’s Speech series, and we had some new dope names in the game, such as Stefflon Don and Ms Banks. “I think it’s just opening doors… I’m extremely excited… I don’t really focus on what others are doing but just lets me know the world is willing to open doors for other women”, says Poiison.

We were also witnesses to the biggest beef in female rap game between Nicki Minaj and Remy Ma, since the Foxy Brown and Lil’ Kim disagreement, but Poiison is not the one who is going to fire up the conflict: “Nicki and Remy Ma beef is something I know nothing about, they are both dope in their own worlds…”.

Speaking about Poiison’s recently music inspirations, she reveals: “Honestly on my playlist right now is Kevin Gates, everyone knows this”.

Unemotional Freak is a mini-album collection of six tracks by Poiison – including “Pills For The Pain”. The headliner of the EP seems to be melancholy, trap-led closing track “#Feelins Off”. And as for future plans, the Queens rapper says, “I’m gonna drop some visuals do some bigger shows and see where things take me”. Poiison is ready to leave her mark on the rap game.

Poiison’s Unemotional Freak is out now, purchase it on iTunes and stream it below.