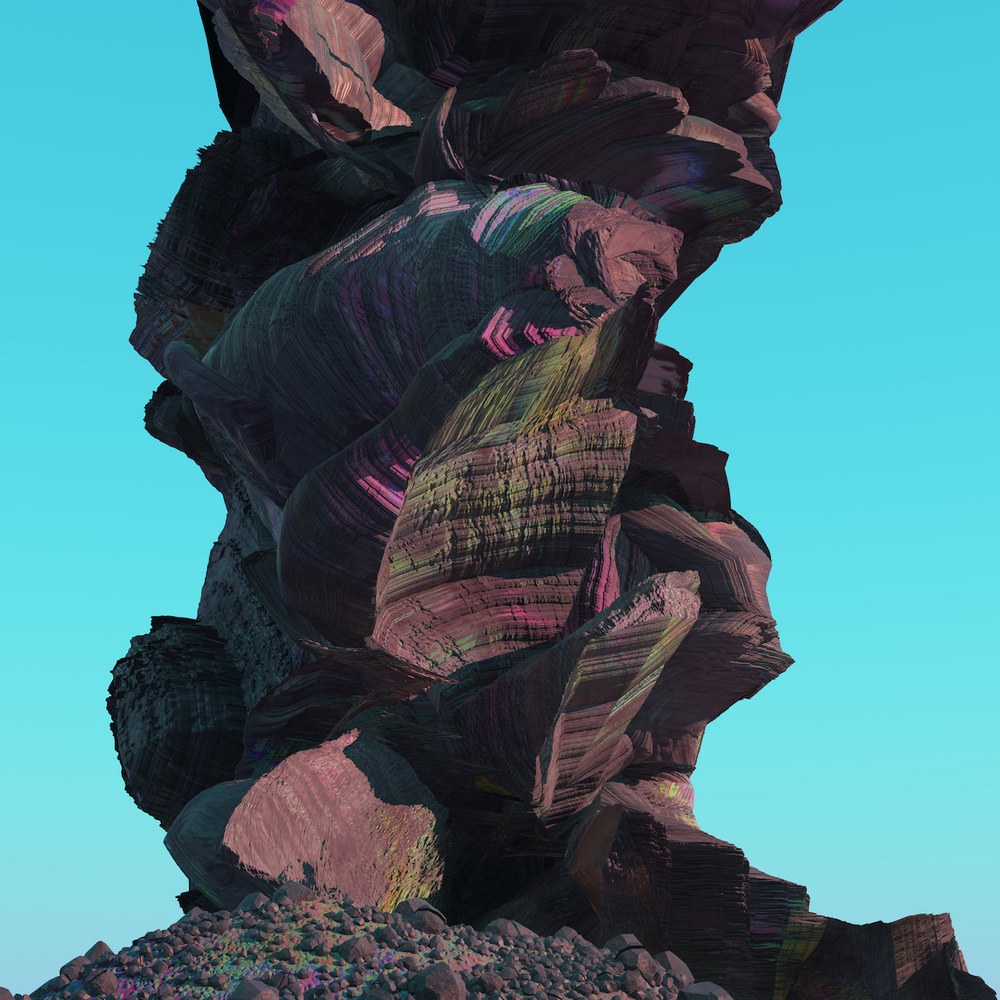 After his atmospheric and sonically surreal debut album Under The Sun, Mark Pritchard has released his second album titled The Four Worlds. With a deeper and more subdued landscape, he successfully depicts a miniature geological beauty and supernatural unknown world.

“Glasspops”, as the opening track, reveals the album with a nocturnal and blurry vision. The deep bassline, like a magnetic texture, electrifies the album gradually along, with the quivering synthesizer. While its chillin’ techno beats and percussion inject some bouncy substances – like raving in an underground club – turning it into a danceable track.

Pritchard shows his spirituality in the second track “Circle Of Fear”, with the soft melody and fresh string playing, creating an ethereal wonderland musically. The crystalised piano flows with its heavy bassline, and keeps the framework balanced – the simple and clean playing part is like floating in the air – while its low bassline keeps the song close to the ground.

“Come Let Us” creates an ominous vibe with its dark-tune synths and hypnotic melody. The muttering vocal is sampled from the Gregory Whitehead track “Ziggurat”, which perfectly matches the phantom atmosphere of this track.

The heavy breaths and glitchy sound effects feel like a fusion of scientific perception and natural instinct, turning the melodically ghostly track into a substantially exquisite artwork. The music video for “Come Let Us” shows the geological textures, which are also visually satisfying to watch.

“The Arched Window”, however, has a brighter and warm-tune ambience. The gospel orchestral chorus turns the album into a more spiritual and soulful dimension, covering the track with a holy and luminous. The harpsichord loops fill up the track with a sense of naughty yet innocent emotion and structurally keeps its construction and composition more balanced.

Created by its peaceful orchestra, ethereal synth chords and gentle melody, “S.O.S.” delivers a dreamy and astral atmosphere subtly. It depicts a vast universe and sci-fi imagery with the wandering melody and emotional monologue of Space Lady. The signal sound effect appears in the outro of the track like a message for the unknown universe, which gives the space story an everlasting end.

The sealed atmosphere and stretched electronic sound in “Parkstone Melody II” seems like somehow drenching in the water, but also like floating in the deep of outer space. The echoes of electronic drops bring a feeling of emptiness and loss, and the vaguely haunted piano develops a deeper and thoughtful meditation process. This unknown yet endless image it depicted reminds me of Hans Zimmer and the soundtrack of Interstellar.

The second to the last track “Mên-An-Tol” is more like an interlude, while its crystalised keys and airy synthline make like a retro of the second track, “Circle Of Fear”. It is full of illumination and freshness, making the track melodic lushly.

Title track “The Four Worlds”, however, turns the album back into a mysterious and ghastly vibe. The experimental instrument pieces and rusty drone bring a feeling of Forest Swords. With the background mourning, the whole track seems to be encompassed with enigmatic and supernatural forces, absorbing all the energy invisibly.

The changing between ominous and luminous vibe makes the album well-balanced, the clear layer of synth groovy and orchestral instrument also constructs the album with an elegant landscape. Mark Pritchard explores further not only music genres but also how to express more in a minimal framework.

The scenario is geographically changed with its vibe – sometimes it seems a dark wave underneath the surface, sometimes the endless universe covers you and in certain occasion it’s likes probing into a cave. The composition of the album may be simple, but the imagery it delivers, could be diverse and lush.

Purchase Mark Pritchard’s The Four Worlds on iTunes and stream it on Spotify below.