Against The Current – “Strangers Again”

Hailing from New York, the pop rock band, Against The Current, launched their career two years ago with the release of their debt album, In Our Bones. It was generally received with positive reviews, and features the hits “Runaway” and “Young & Relentless”.

Since then, however, the only piece of new music the band has released was the song “Legends Never Die”, which appeared in the 2017 League of Legends World Championship.

Against The Current recently premiered two brand new tracks, “Almost Forgot” and “Strangers Again”. There is still no news of their forthcoming album, but fans can be sure to expect something soon.

”Strangers Again” retains the band’s old zeal, with a music video that shows first the lead singer, Chrissy Costanza, and then the rest of the band, trapped in what looks like a glass vial. 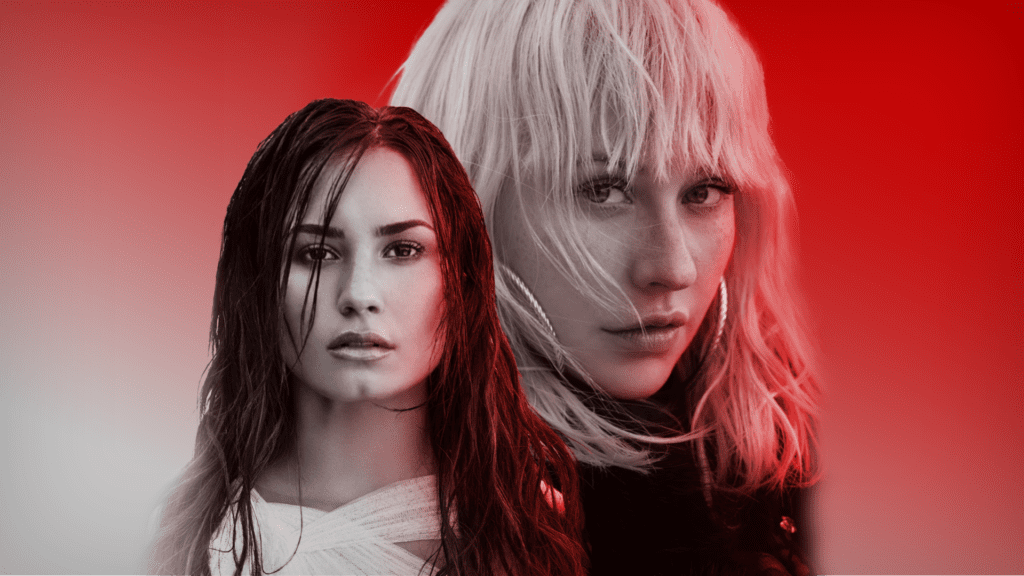 Female vocal dynamos Christina Aguilera and Demi Lovato team up for an empowering new song. “Fall In Line” is the latest single off Liberation, Aguilera’s new album due out next month. On the uplifting four-minute track, the duo sends an inspiring message to young girls: “In this world you are not beholden”.

The chorus is a fiery female empowerment anthem in which Aguilera and Lovato showcase their acrobatic singing abilities:

“It’s just the way it is / Maybe it’s never gonna change / But I got a mind to show my strength / And I got my right to speak my mind / And I’m gonna pay for this / They’re gonna burn me at the stake / But I got a fire in my veins / I wasn’t made to fall in line”. 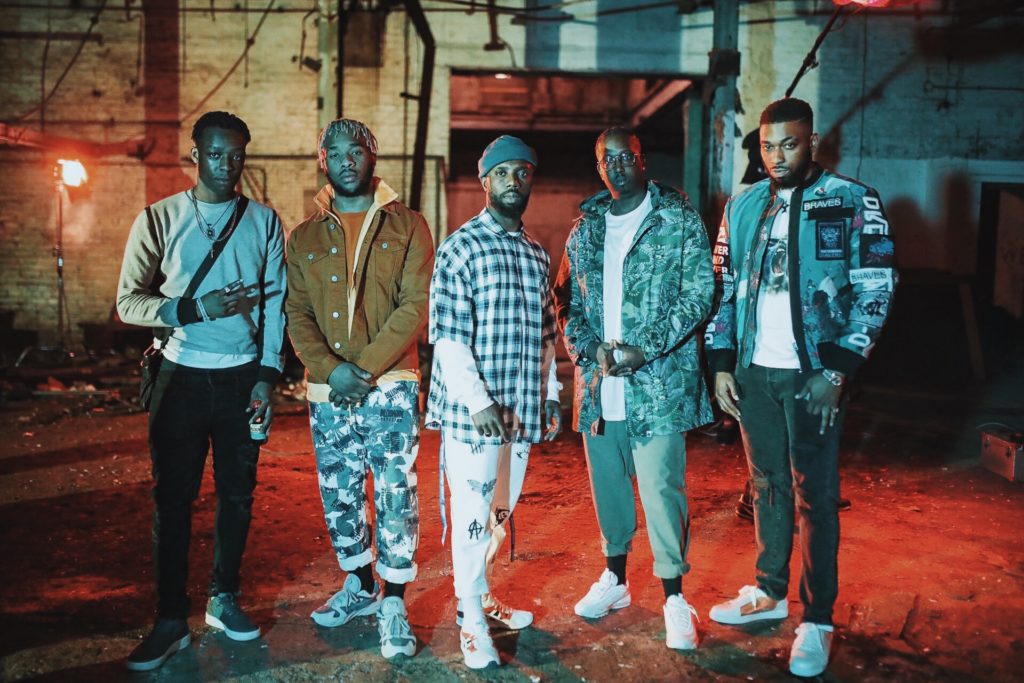 On the back of its audio premiere with Highsnobiety and BBC 1Xtra a few weeks ago, and with Spotify adding the single to its coveted ‘New Music Friday’, ‘Dancehall Official’ and ‘Afrobashment’ playlists, fast-rising artist/producer trio Team Salut are excited to debut the brand new music video for “Buss It Up” featuring UK rap star Big Tobz and highly rated newcomer Deefundo via GRM Daily.

Directed by Jay Papworth, the video for “Buss It Up” follows Team Salut’s second UK Top 40 single with Yxng Bane’s “Vroom“, and the viral success of their “Drogba” hit with Afro B, all adding to the groundbreaking 2018 the South London trio are having so far.

Speaking about the video, Team Salut say, “the video is a glimpse into our world of dance and our love for it. Most of the dancers in the video are friends and supporters, which led to the natural party vibe seen in the video.”

“Since the song is quite dark and exciting, shooting the video in a dark and raw location provokes you to want to party. This video is the kind of vibe we have at our parties, so is a great reflection on who we are and hopefully will get people excited too”.

Next up for Team Salut is the launch of their new live residency at the Bussey Building called Dance N Motion Live, which coincides with the recent launch of their new dance video series of the same name. Taking place on May 24, Dance N Motion Live will feature a stellar line-up led by Team Salut themselves, alongside DJ Neptizzle, Hagan, Eugy, Big Tobz and Deefundo among others. 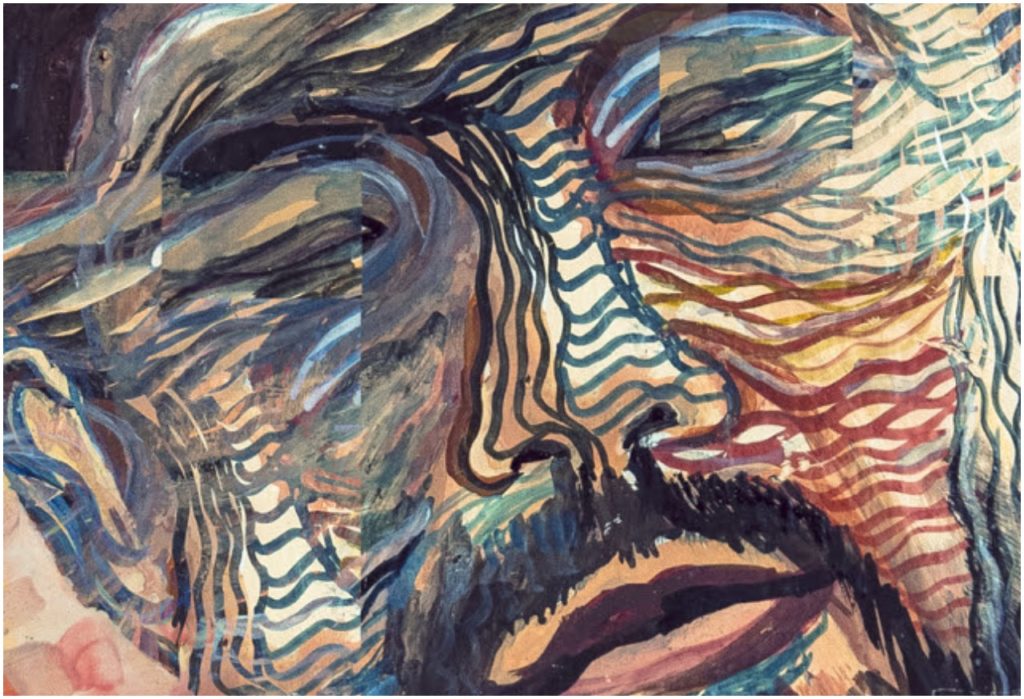 Speaking on the EP, he mentioned: “I see these 5 songs as short stories. The artists featured come from all over the world. It was important for me to work with different colors and sounds. It took some time to finish this project but thanks to my amazing collaboration with African artist, Dodji Efoui, it finally came to fruition.”

“Nowhere” features Canadian artist Khadijah Lopez, who effortlessly paints a perfect picture of his universe. A soulful presence on top of a very Jazzy canvas with sprinkles of electro-pop about half way, Plage 84 reinvents the codes of timeless music. “Nowhere” doesn’t belong anywhere in time, between past, present or future.

Two years after his first EP Not Too Fast, Plage 84 now returns with a second project. The young artist goes deeper into his influences and produces a jazzy 5 track EP that is refreshing and different. Inspired by his multiple journeys abroad over two years, it has helped him discover a plethora of new influences which is reflective in his music. 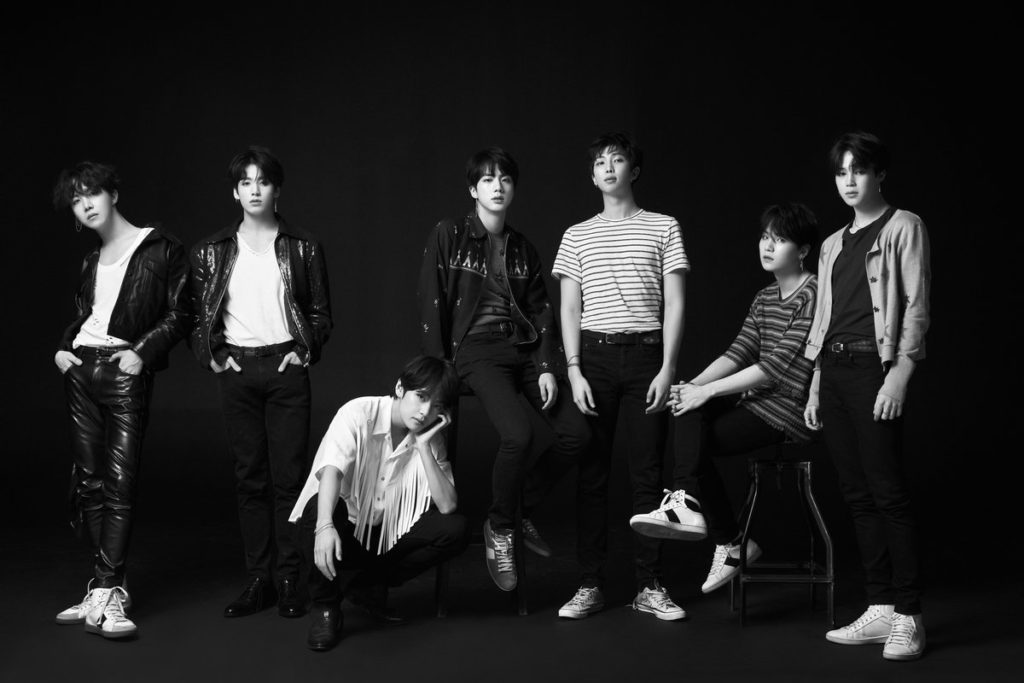 After two enigmatic teasers, Bangtan Sonyeondan, also known as BTS have released the amazing and haunting music video for the lead single “Fake Love” from their new Korean album Love Yourself: Tear that was also released today.

The song is an emo hip-hop trap track that includes a grunge rock guitar sound in the chorus. The lyrics centre on finding out that a love once thought to be fated was actually all a lie. The director of the video is YongSeok Choi, the same director of other BTS videos like Blood Sweat & Tears.

The video for “Fake Love” is BTS at their most creative and is rife with imagery and clean choreography. Vocalist Jungkook takes center stage throughout much of the song, running in an Inception-like hallway where floorboards disappear, exploring a waterfall on his own, and eventually returning to the masked figure seen in teaser clips for “Fake Love”. It looks like no expense was spared in the video, especially in the special effects.

BTS will be performing their new single at the Billboard Music Awards on May 20 and will have their own special comeback show set for May 24 on Korean TV. 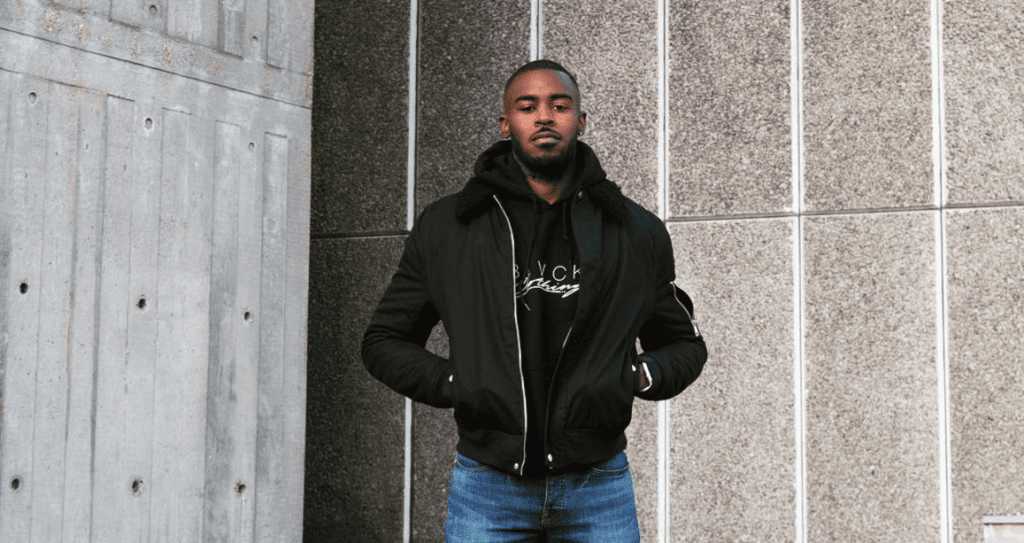 Another native of South London, the upcoming hub of musical talent, Matt Blvck is in prime position to be UK’s next R&B sensation. After releasing his second EP After Party in December, raking up half a million streams on Spotify, there is not a soul who can say R&B in the UK is not undergoing a renaissance.

Matt releases his first single of 2018 “Blow” a track intended to do what it is entitled. Inspired by the R&B great Usher, Matt has come up with smooth anthem with tinges of that UK swag that will have people turning this up real loud. Along with “Nia” and the success that it got, the burgeoning artist is about to bring sexy back to the UK music scene with his R&B flavour.

Having been writing music for just over three years and recording for just under two, Matt has developed an undeniable energy within his voice that will soothe the masses. He is a force to be reckoned with and should soon be leading the charge.