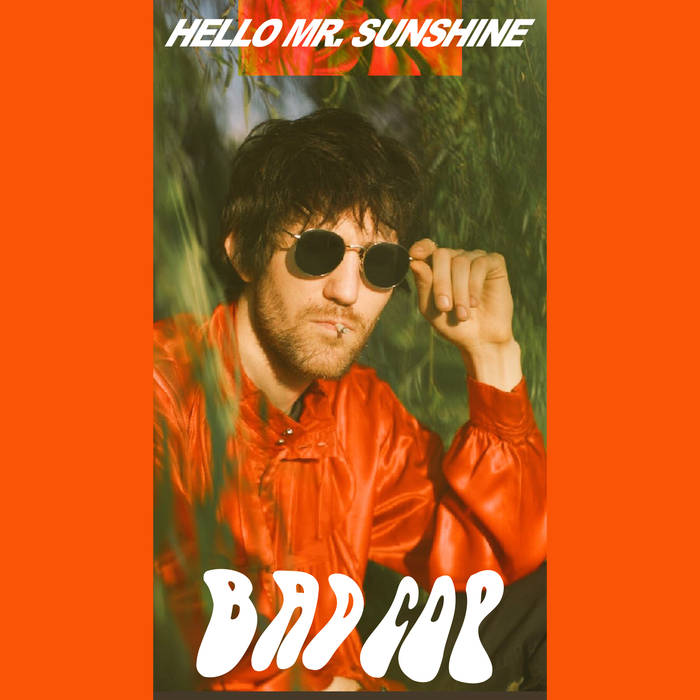 Bad Cop is a band from Nashville who emerged in the 09’ post-rock revival in a unique way. They have released a new album titled Hello, Mr Sunshine. It is the ultimate anthem for the listener and by hearing it, you will feel alive and full of prosperity.

“AlviCass” the first track of the album has a powerful dynamical essence all over it. It incorporates all the positive feelings one can have when they are full of the desire of another person. With powerful bass and loud electric guitars in it, you sure wouldn’t want to miss out of the high sound elasticity it concludes. “AlviCass” is an alternative sound version of how the feelings of romanticism can be felt.

Still in the same post rock tempo, “Dreamer Man“, the song that follows is all about a story of a man from Nashville who feels lust for the world. Even thought he is eager for life and wanting for all the excitements he wishes to have, he doesn’t have the right qualifications and basic elements to accomplice his life expectations.

The “Dreamer Man” from Nashville can sometimes be the person next to us on the bus or even our friend’s friend who we see and talk to everyday, and by hearing the track, we can see the similarities in our life situations and be thought provoked through the track.

“Cigs + A Photo“, the third song on the album grooves with the underground feeling of joyhood. Even though cigarettes are bad for your health, in this song they have a metaphoric aspect and the version that the band convey in this track is of a spiritual view, about the person who smokes them apparently having the time of his life. Life is an adventure and this song is all about this mind set.

More psychedelia comes by way of the track “CoCo Sue”. The lust of a certain girl is the theme of the song and the desire to be with her no matter what, while rhe most alternative song of the whole album follows in “Disco Ball“.

Even though the title refers to disco balls, the track doesn’t have any Disco glittery sounds, it’s more in the whole philosophy of the song one might say, and as the disco balls are moving in the clubs with that high velocity and tempo, that is what the song is about, and that is delivered uniquely with the catchy lyrics and the high geared drums and guitars in it.

Still keeping with the post rock feeling on the album, “Illuminate Me” continues with the deep vocals and the promising tempo. It is promising as it is unveiling that the time of your life is yours alone, your decisions and your goals to make and achieve. “Illuminate Me” is full of the right kind of advice of how you should try to be happy and not only focus on the others around you.

On “Teenage Fantasy“, the theme is based on the fantasies of teens about other persons who might be next to them, and maybe they might have the wrong conclusions about them after all. Things are different and feelings and peoples characters are too, sometimes what we think of someone and what they truly are might differ.

“Now I Can See” is a song that explores the liberation of the mind, when the vision of the inner soul is clear and so powerful that even though there may have been wrong ideas before, now is the time for action and new beginnings.

“Room Full Of Mirrors” is the smoothest and the most chilled song of the whole compilation. It is full of atmospheric vibes musically, but lyrically it involves a very serious problem that may sometimes be dealt by people, when having a wrong self image may transform them and change them completely.

Lastly, “Green Eyes” is full of festive sceneries which conclude the whole album symmetry. It manifests this ending with loud and clear sounds.

With Hello, Mr Sunshine, Bad Cop are making their statement of how post rock music must be in this era, so check out their whole EP down below and be a part of this glamorous unique music fest! Purchase Bad Cop’s Hello Mr Sunshine on iTunes here, and stream it below.