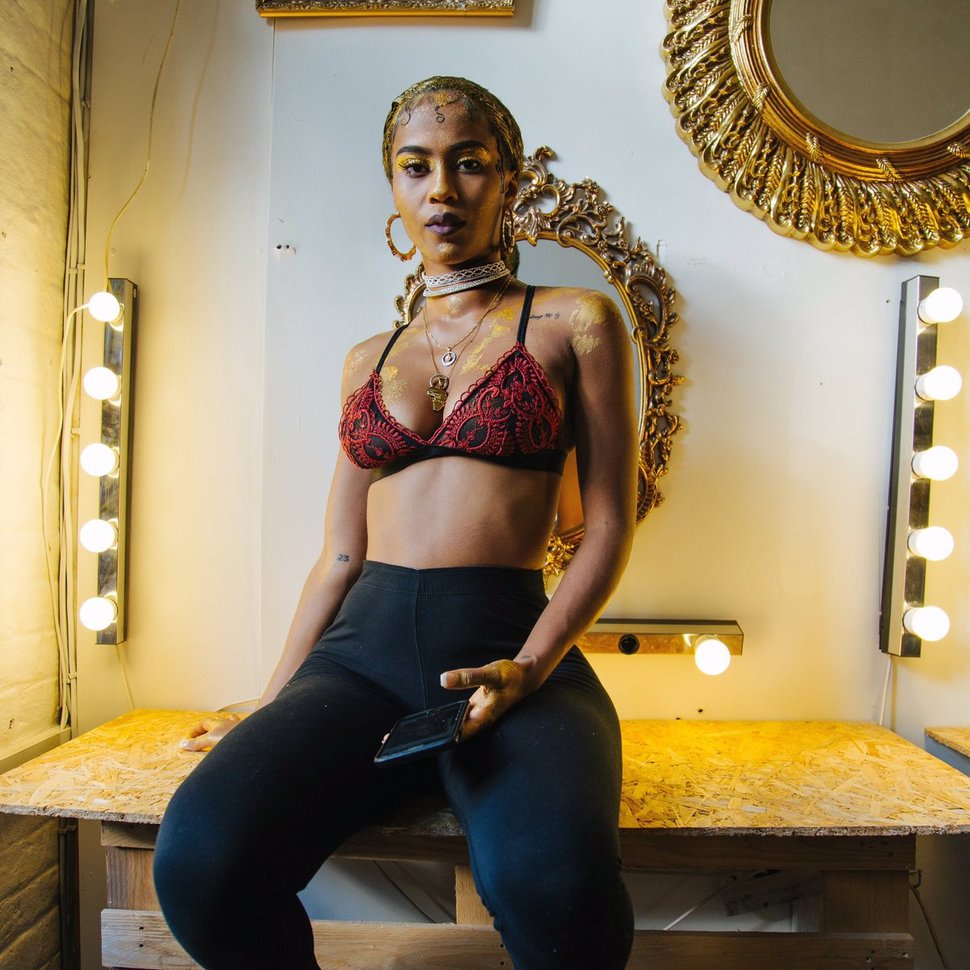 Latitude 2018 was certainly rallying breakthrough female artists as well as female fronted bands on the line-up, which Wireless festival faced criticism for, after the release of their schedule earlier on this year showed just a small proportion of female artists on the bill.

Heading to one of the smaller yet arguably one of my favourite stages, the sunrise arena was pulsing with energy for rising star, rapper and singer IAMDDB. Combining hip-hop and Jazz with trap beats and soulful laid-back vocals, she performed with outright honesty and zero filter.

She owned the stage with incredible amounts of confidence, setting the scene with her vibrant festival clothing, she also waved a stick of incense during the start of her set. She had created a carefree area, a judgement free zone, where festival go-ers could let it all go and soak up the pulsing atmosphere.

What really stood out for me was her fanbase, young females at the barrier gave her all the attention any artist dreams of, latching on to every word, it was all eyes on her. “Put your f**king drinks in the air” whilst giving out shots of rum to the girls in the front row in between her tracks. They were reaching out for a free shot [why not] and were happy to just be in close proximity of someone they clearly looked up too. IAMDDB’s set was their escapism.

A few years back during a young teen’s groupie phase, it was all about bad boys in bands, as these girl’s doted their love to guys with tattoo’s and nose rings as they let out their emotional drones into the microphone, girls squealing and begging to become their muse. Oh how times have changed.

With music now so easily accessible it has allowed much more talent to breakthrough and reach a wider market in genres that were once deemed slightly more underground, and something you may only find on a soundcloud mix. With the positive reception from the crowd it is now obvious that they are holding on to artists, such as IAMDDB that really represent their voice, with the ability to share values and utilise a platform positively to express all areas of life through her music.

What I really found myself questioning when reflecting on IAMDBB’s set, is the definition of a role model changing? Moving away from the closed minded stereotype of suburban perfection. While still keeping true to having good morals and an open heart it seems to run so much deeper now.

In a society that has us scrolling highlight reels and leaving us comparing our lives to those on a screen, is it now important to discuss that this isn’t all it seems. In 2018 women young and old aren’t craving fame and fortune, they really just want transparency and honesty like never before. IAMDDB’s set promoted happiness throughout, and that really this is the only goal you should be aiming for.

Does the expression through IAMDDB’s sound and words that speaks so raw, allow young adults to feel a sense of freedom through her lyrics? For me, most definitely yes and this may just be the case for all her fans. Our political and social environments is so often over ruled by mistrust and negativity of those in powerful political positions, for example, our knowledge and choice of words gives us all a chance to fight back.

With subjects that were once frowned upon and parents protecting their children from taboo topics, social media platforms now leave these open to debate and discussion for teens to now engage and expand their horizons on an international forum.

IAMDDB can certainly join the ranks of strong female forces that are in this game for all of us. As the day drinking commenced her wild and committed crowd were united, if this passionate young female can gain such a electric response in the depths of the Suffolk Countryside, I look forward to seeing where she will be heading next, because I’m sure the only way is up.