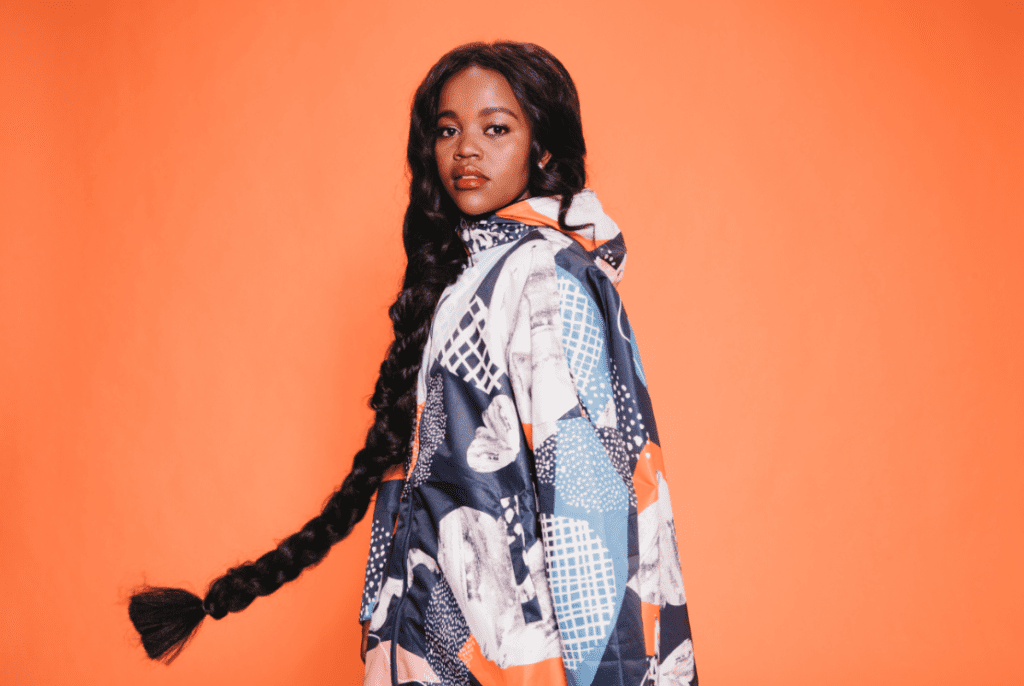 Tkay Maidza is “too busy to care” in the music video for her new single “Flexin’“, a self-asserting banger featuring rapper Duckwrth.

The Australian rapper is working up herself and delivering some major punchlines to her haters. Rapping about “Minding my business as always/ People don’t get it, I’m awesome“, Tkay has no conscience when it comes to being herself.

The young singer has been grafting in the music industry for a while now. After taking part in Adelaide’s Northern Sound System artist development program, she released her debut single, “Brontosaurus“, when she was only 17, under the capable hands of producer BadCop.

Since then, she had been mastering her craft and developing her own sound, coming in full force with her debut studio album Tkay in 2016. Now, after a tour with Troye Sivan, the singer is ready for another full-length comeback with her latest EP Last Year Was Weird coming out August 31.

Treating us with her trademark cheeky attitude and sound, that winks to the London grime music scene and the US trap sound, Tkay is all about being herself in this Rugby-inspired music video.

Meddling with the London Rugby Club, the singer is not holding back as she confirms that “Flexin’ is an ode to being yourself and being unapologetic for it“. Assisted by Los Angeles rapper Duckwrth, Tkay’s new EP is shaping up good and it looks like it is going to introduce a new music star.

Check out the video here: 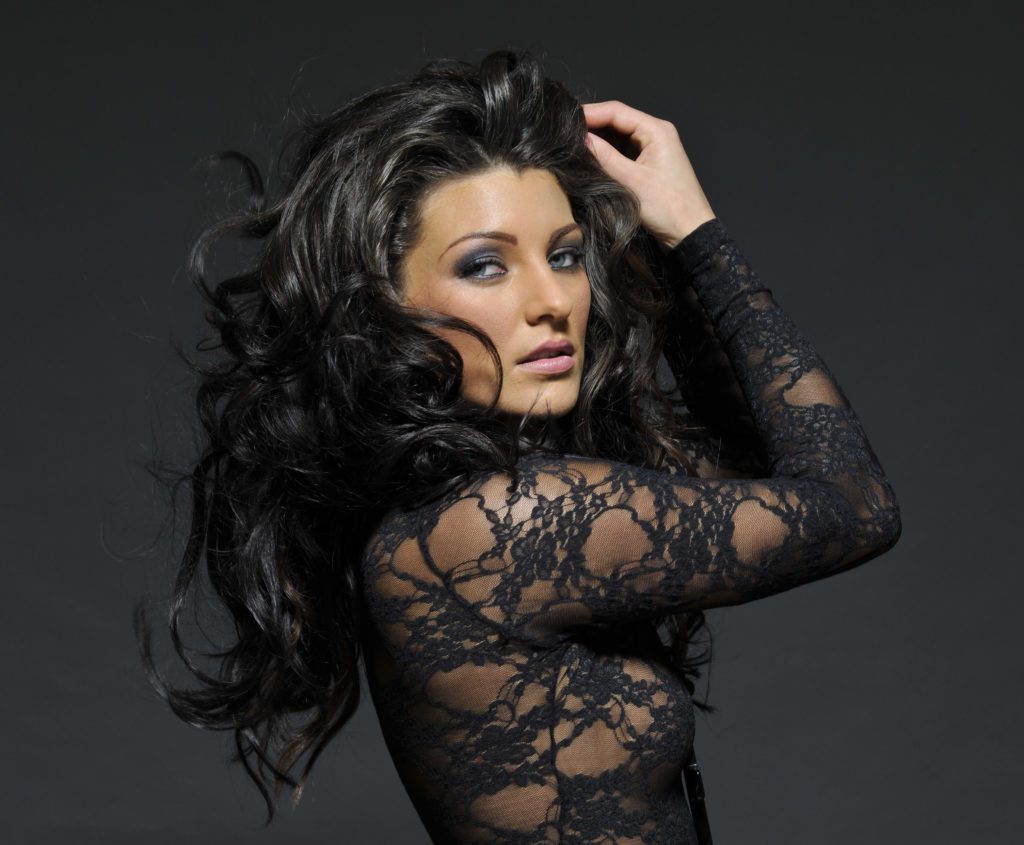 A hint of sweet with a dash of spice, “Ready For Me” is the no-nonsense, straight talking, ex-deterring track that echoes a pick-and-mix selection of pop and afro-fusion influences. The beautiful sounds compliment each other rather than contradict to create a tantalisingly infectious hybrid inundated with majestic hooks and melodies. Dominique is bringing serious heat.

The Liverpudlian has music running through her veins and her passion led her to move to London at 18 years old, crossing paths with Grammy-winning producer Narada Michael Walden (who’s worked with the likes of Whitney Houston and Mariah Carey) and to work across the pond in San Francisco, Atlanta and LA she honed her craft and sound.

With two acclaimed EP’s in the bag so far – Unforgettable and Red – and a number of singles receiving tastemaker support including the infectious lead single “All I Want“, Dominique De Beau has since continued her ascent, winning awards in the process. Soak in the vibes and prepare to add Dominique De Beau to your new favourites after discovering “Ready For Me”. 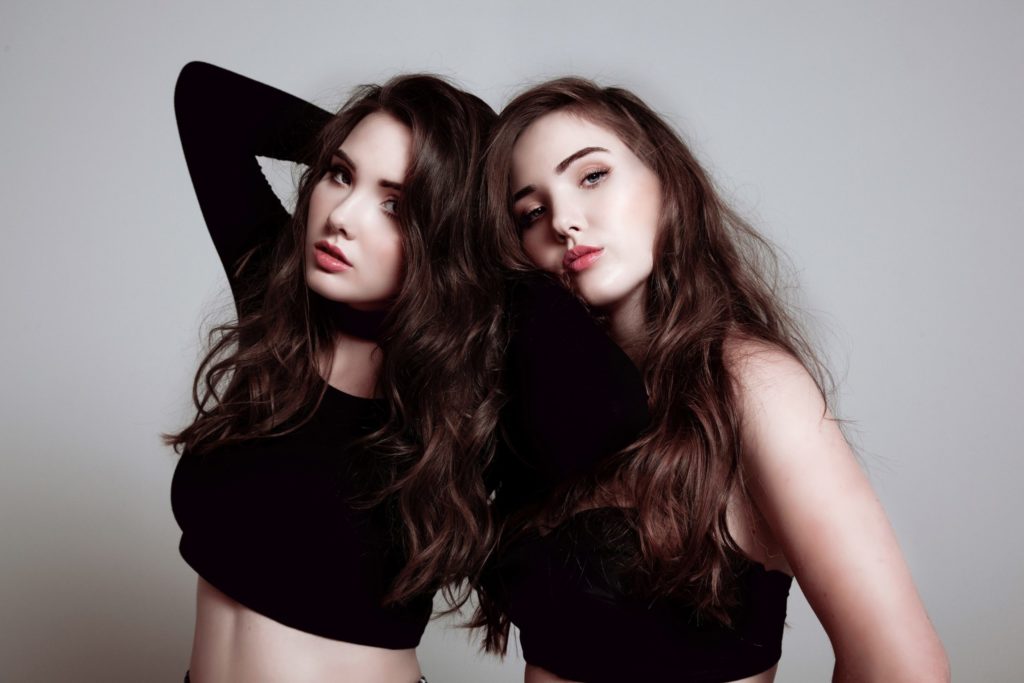 Alanna and Brianne Finn-Morris are two identical twins from White Rock, British Columbia, from whom you most certainly will hear more about in the next years to come.

The duo, who goes by the name Fionn, has unveiled the music video for their single “Robert“. The song is a folk ballad that strikes a chord for its honest lyrics and beautiful harmonies. I personally think it’s hard to find something so deeply personal and intimate like this song, so Fionn have definitely something big on their hands.

The sisters’ harmonies and matching voices give the offering a daunting and nostalgic vibe. “Robert”, then, becomes almost a page taken out of one of the sisters’ diary. It unfolds slowly and gently, as the music that accompanies the song does, and it reaches its breaking point with Fionn singing “a life without you sounds so wrong“.

The music video for the song is, likewise, a raw portray of the blossoming and end of a relationship, with Brianna who remembers about the beautiful moments spent with ‘her Robert’, before the video turns to the downfall of the romance.

Fionn is an exiting upcoming new duo. Backed up by beautifully orchestrated harmonies and a catching sound, the two sisters have been singing together since an early age, and it shows. They remind slightly of Safe And Sound‘s delicate delivery, but don’t let yourself get fooled, Fionn are a league of their own. With an upcoming album to be released later this year, the sisters are here to stay. 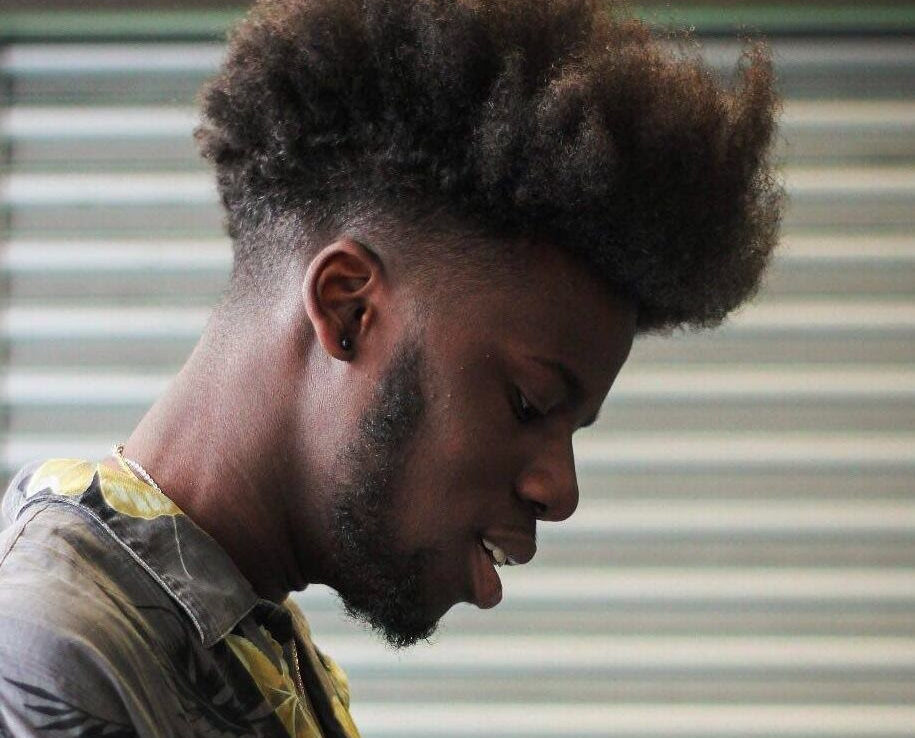 Multi talented singer-songwriter, producer and instrumentalist, Anjelo Disons, has unveiled his brilliantly rich new production, “Sweet Love“, an aural embodiment of the silky sonic diversity that has cemented the Londoner’s reputation as one of music’s most exciting rising talents.

Breathtaking vocals provide “Sweet Love” with rich layers of raw melancholic emotion as the track’s production introduces crisp percussive elements and deep jazz and bass inspired tones. Anjelo’s refreshing sound undeniably puts the listener in the front seat, striking them note after note with a voice that allows both the vulnerability and strength it possesses to pierce through.

With the incomparable Kaidi Akinnibi on hand to sonically elevate the production with soothing intent, “Sweet Love” marks an exciting new chapter in the career of Anjelo – a beautifully crafted follow up to “Love Don’t Come Easy” & “Stay The Night” featuring Kali Claire (supported BBC Radio 1xtra), and an important signalpost in the countdown to his forthcoming EP For The Love, arriving on September 3.

With the release comes Anjelo’s EP launch which will take place on September 6 at The Macbeth, with tickets available here. 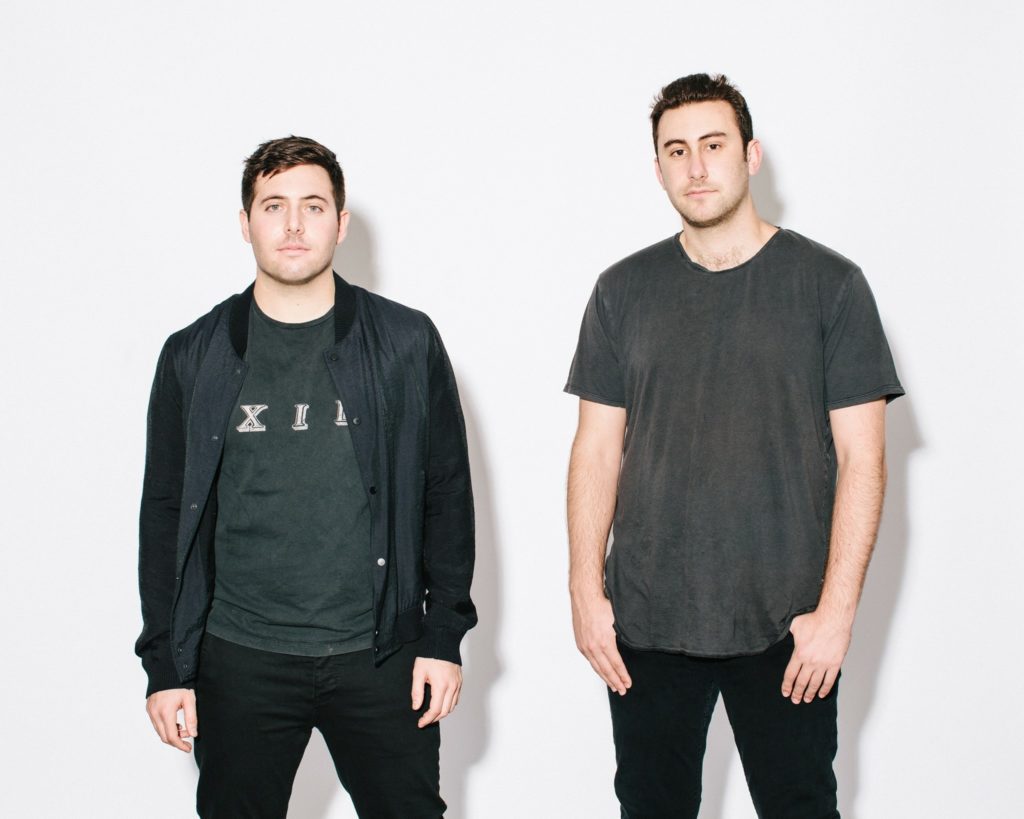 Two Friends have the best recipe for a broken heart. The Los Angeles based duo, made up of Eli Sones and Matthew Halper, is back with another of their bangers with the music video for their new single “Bandaid“.

The song is a pop/dance cute offering that deals with rebound and failed relationship. The DJs provide the perfect break-up anthem that most of us can relate to. Lines like “I’m only gonna use you/I’m not gonna lie/You’re just a bandaid for my heart/Till you vanish like these scars” paint a vivid picture of what it is like to mend your broken heart in the aftermath of a hard breakup.

Two Friends have a history of mixing up infectious and danceable sounds with deep-cut and emotional lyrics and this last single is the ultimate confirmation. After making it big thanks to their remixes of popular songs, the two have created an impressive original discography that is resonating with a wide public.

The bop is accompanied by an equally fun music video, that sees Sones and Halper dressed up as elderly women and hitting up the town and going on dates. As their dates don’t seem to be providing too much fun for the two grannies, they decide to put on a party and dance instead. Good choice, indeed.

Check out the music video below: 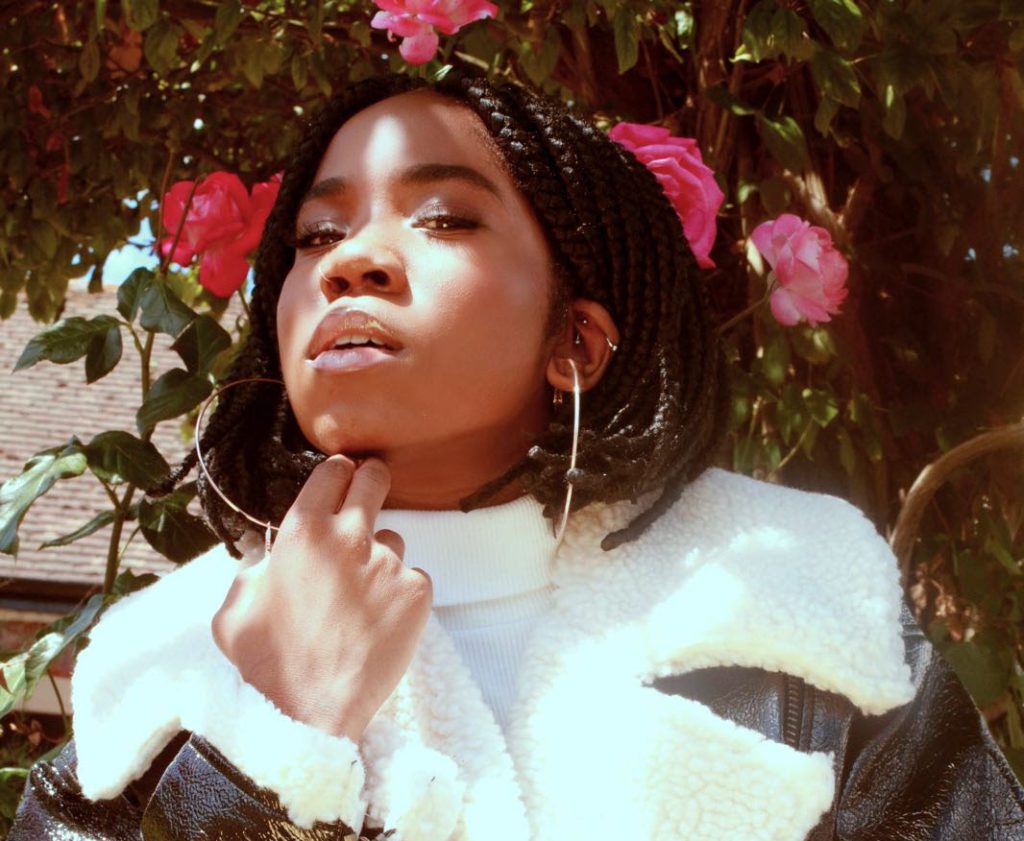 Both melodic and melancholic in equal measure, “Chariot” features gorgeous guitar plucks and subtle percussive elements that allow Mega’s rich tones to effortlessly shine with her powerful delivery. Her ability to do so speaks volumes on her dedication to her craft and passion from her early years. Having been away musically for so long, the beautiful symphony of “Chariot” serves as a refreshing return to art.

Citing Amy Winehouse and India Arie as her musical inspirations, Mega’s latest effort looks sure to cement her reputation as one of British music’s fastest rising new talents.

Mega’s poetic and lyrical abilities are honest and reflective of her world and time. With a strong, beautiful, and distinctly unique sound, “Chariot” leaves us certain that this is just the beginning for Mega.