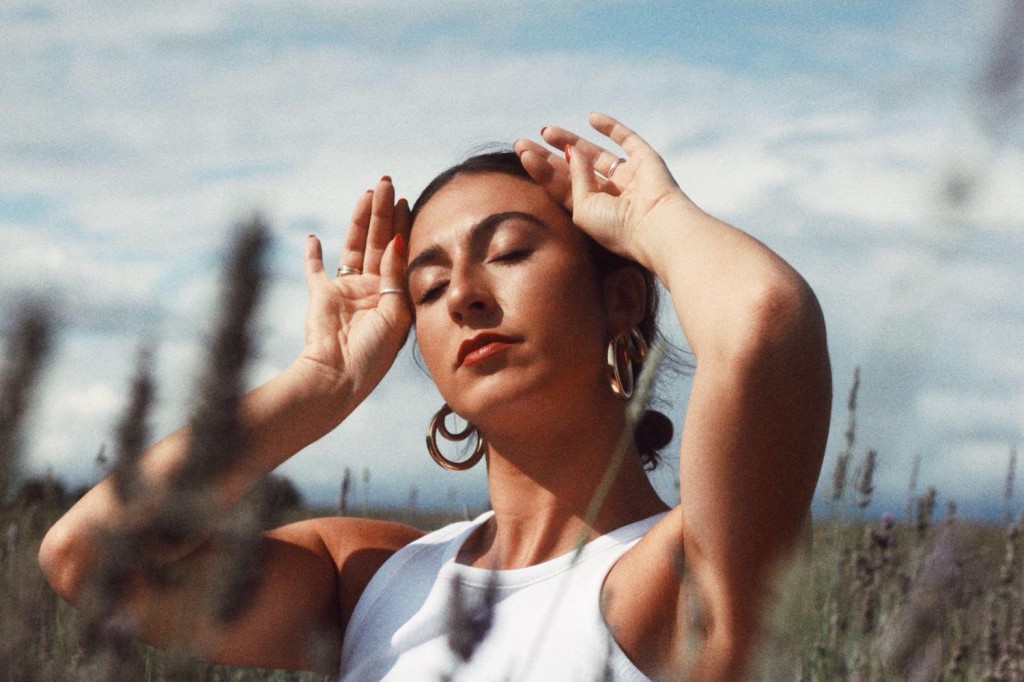 Pensive and reassuring, London based singer/songwriter LOLÉ pours her heart and her vocals into new track “Thoughts Of Us“.

Produced by Danny George, “Thoughts Of Us” is a amalgamation of soothing, soulful, and composed vocals, teamed with the idea of a flawed one-way relationship. Percussion replicating a heartbeat, LOLÉ’s vocals transcend soundscapes and bounce continuously to create an expansive echo that is full and complete.

Danny George finds intimate, immersive instrumentals to emphasise LOLÉ’s angelic vocals. No surprise there with his impressive debut track “Close To You” serving as a pleasant reminder. Ethereal and elegant “Thoughts Of Us” is evocative, angelic and sorrowful in its delivery.

LOLÉ explains more about her new track, “Thoughts Of Us” is about a one-way relationship, it’s that moment everyone has where they give their soul into something/someone that clearly isn’t meant to be – leaving you with clouded minds and raw feelings. Until someone fresh comes along and clears your vision.”

Disturbing London‘s very own A2 releases the visual of his stand out single “Flair” from his brand new EP Purple, featuring an all-star line up of Octavian, Yxng Bane & Suspect.

The visual captures all four artists in their element. It’s loud, disruptive and grimy – three things not associated with a great visual but definitely not in this case. Lurking under floorboards, the rappers are nonchalant and belligerent and it makes for a totally rebellious video. “Flair” is one of those tracks that easily defines the who and what of British rap and does so with serious impact.

“I rate those bruddas highly… That track is a rare one: I don’t think you’ll get those four people on a track again,” says A2.

Purple is a blend of A2’s last releases, Blue and Red and contextualises his unique sound while underlining his talent both in performance and production; emphasising his quietly confident flair. It’s even perfect for contemplative excursions down an open road at night with the city twinkling in the distance.

Purple marks an exciting time in A2’s career, presenting him as a versatile and distinctive artist ready to take over. 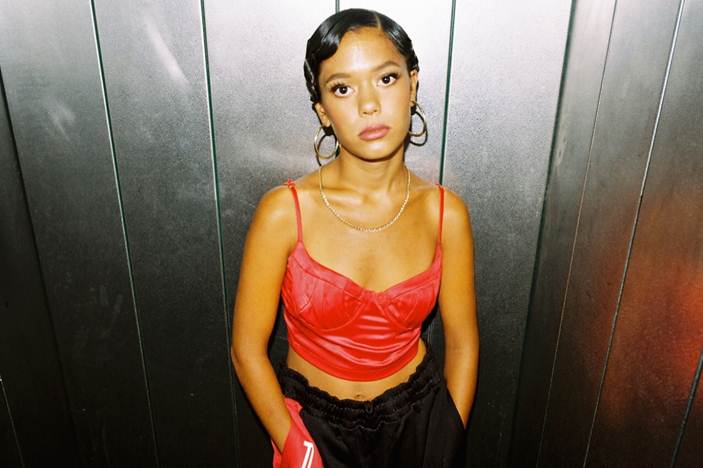 The track, composed by Tara Lily herself, features her smoky, 1950’s classical jazz vocals on a beat that melds sounds of traditional jazz, classic percussion and saxophone sequences with and up-beat grime twist, making her one to watch amongst the new wave of South London talent.

“It was originally written about my ex who was constantly missing, it’s about asking yourself who you can trust.” She mentioned. “The song has definitely come out of some chaotic despairing times. It’s a song you can vibe and dance to but also ballad like with its emotion and storytelling.”

Against the status quo, Growing up in Peckham around rappers and beat makers, whilst learning to play traditional jazz and hard bop was what helped refine Tara’s exquisite sound. Going from The Brit School to Trinity Laban Conservatoire of Music, to now collaborating with a range of artists from Jammer BBK and Chip to Yussef Days and Ezra Collective, her journey has led to this wonderful moment 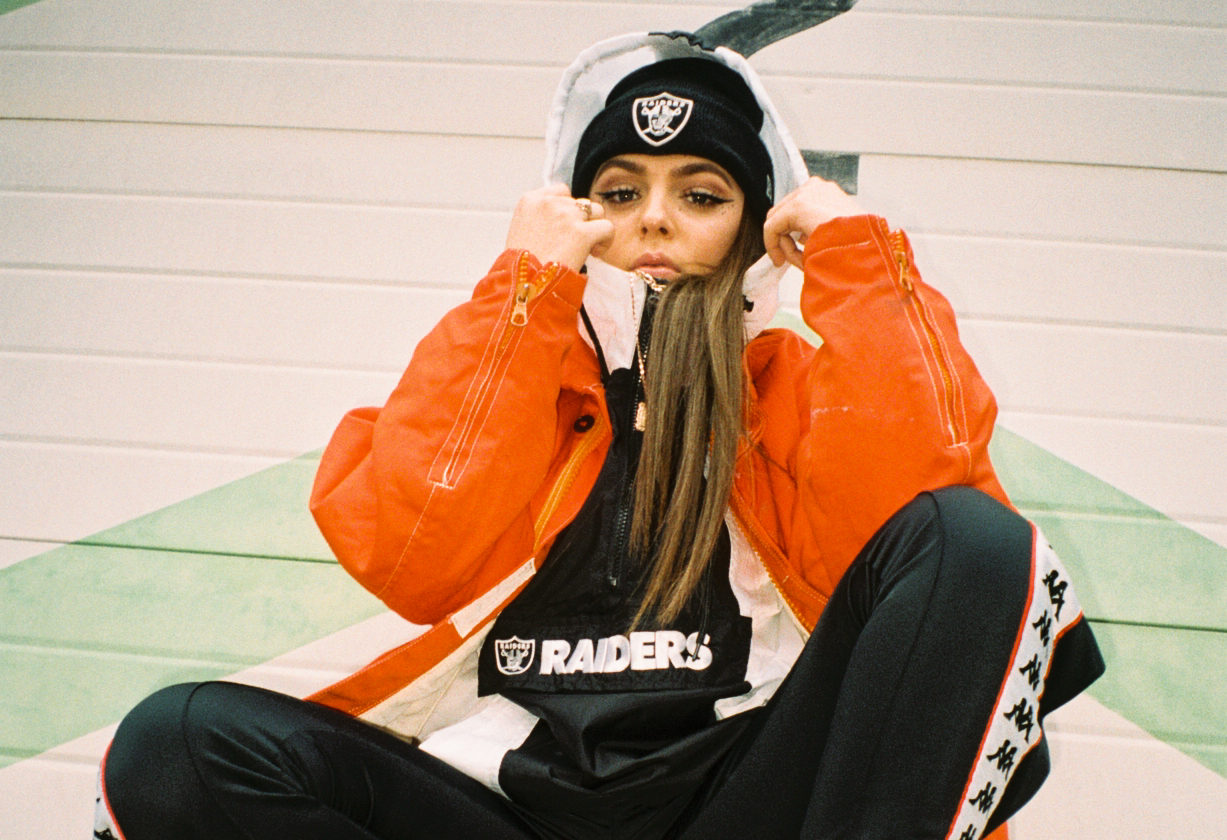 Premiered on Link Up TV and filmed in South London, the video for “Queenpin” is directed by Luke Biggins – who’s recently worked with the likes of Stefflon Don, Stormzy and Giggs – and follows BRYN’s debut release “Pull Up” with Yung Fume, which was described by critics as the “feminization of the Fetty Wap sound”.

And that is a good way to encapsulate the sound of her latest release and hee sound as a whole, as she effortlessly transitions between her evident R&B inflected vocal ability and a sweet rap flow, showing that her pen is versatile. The video is colourful, artistic and fashion forward and demonstrates the fun and passion in her craft as well as her being a real badass.

Continuing with this signature sound,“’Queenpin’ was mostly inspired by my reaction to ‘haters’.”, says BRYN. “The first line, ‘If you run your mouth you’ll get a mute down’ describes how I deal with negativity: I simply shut it down and block it out. I’m the Queenpin of my own world and no one negative can reach high enough to dethrone me with their attitude.”

Following on from the release of her exemplary debut EP Love Just Ain’t Enough and a summer jam-packed with festivals including Isle Of Wight and RiZE Festival, 21-year-old R&B sensation Kara Marni returns with a bang with the sassy, formidable and infectious new single “Move“.

A bold new cut, which shows a more up-tempo side of the one-to-watch talent, “Move” dials up Kara’s fierce and sophisticated delivery and explores a more playful side of her personality. Still emulating that rich, powerful, soulful sound that inspires her by heritage artists such as Sade, Minnie Riperton, Amy Winehouse, Lauryn Hill, “Move” shows a progression in sound for the young singer.

“Move is a song about that classic situation where ‘you don’t know what you’ve got till it’s gone’, he realises what he’s missing, but you ain’t having any of it!!” In Kara’s words.

Paving her way as one of the new voices of soulful R&B, the debut releases from Kara across the last 6 months have cemented the young singer as contender for big things to come for 2019.

KWAYE – “What Have You Done” 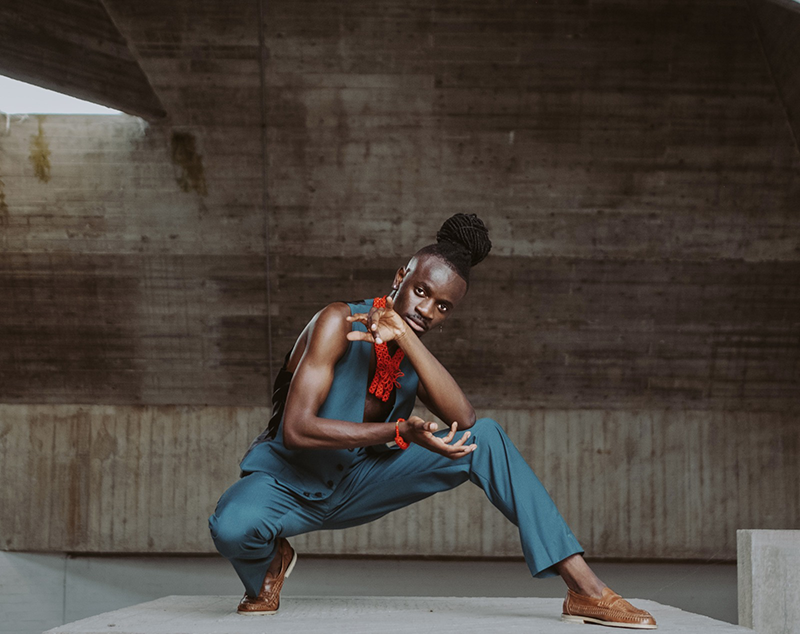 Zimbabwe-born British artist KWAYE has shared the beautifully-choreographed video for his latest song, “What Have You Done“.

The Femi Ladi-directed video premiered via Complex and uses choreography to not only express himself but also help take a step forward in the healing process, touching on KWAYE’s own feelings of self discovery. This performative piece is far from solemn as the actual song might suggest – it’s bold in colour, expressive in movement and ultimately inspiring.

In his own words, “The video for ‘What Have You Done‘ is about rediscovering identity: through the movement and styling, we wanted to create a visual world where various parts of the African diaspora melded together. Each of the three looks is a reference to three different points in western black history that I never discovered in my western school books.”

“The nude colours refer to colours worn on the plantations before slavery’s abolition in the US; the green and yellow outfits reference black music in the 70s, and the crossover/emergence of hip-hop in New York from funk and disco; the final looks are inspired by the global movement of black bodies in the 40s – from the Second Great Migration across the US, to the Windrush Generation…”

African-inspired contemporary movement is the common denominator of all the different shots in the video, just as Africa is the root of black histories.