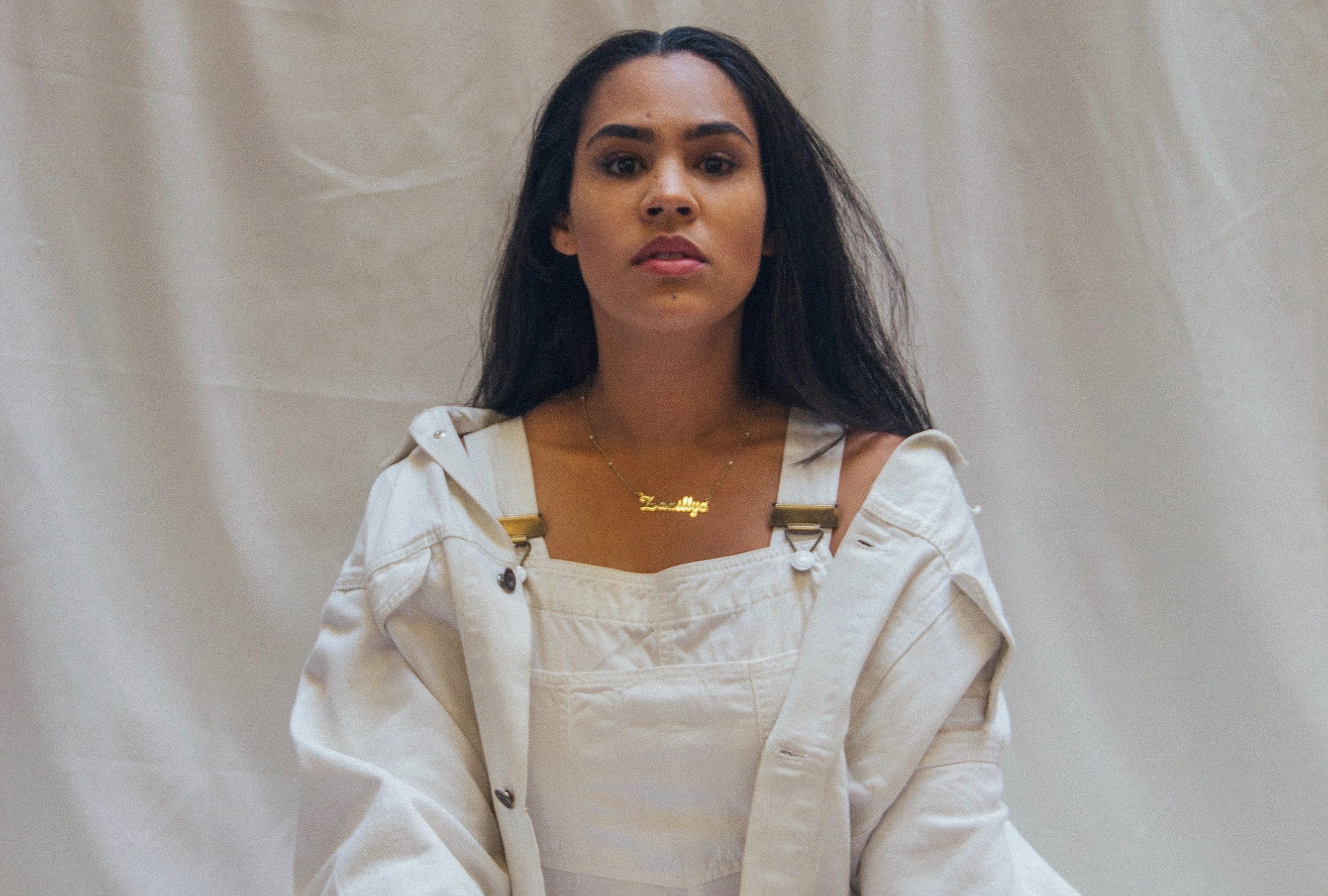 One of Holland’s brightest new stars Zanillya unveils her latest single “In It 4 A Lifetime“, the culmination of the two worlds of her upbringing as she merges musical influences of her Aruban and Macedonian heritage.

Her strong rhythmic vocals that explore feelings of insecurity and self-doubt in her most personal cut to date. She effortlessly glides over a dark and brooding yet dancehall inspired instrumental, complimented with sparse distorted gypsy chants. She enchants from the jump but her message assuredly seeps through.

“Struggling with insecurity and self-doubt my entire life, this song came to me in a moment where I had looked within myself and decided to push forward regardless of the circumstances. It was a point in my life where I felt like giving up but then realizing I could never let go. My dad tried to explain the artist’s faith to me while he was alive, yet I never got the paradox of it until this song was born”.

As she gears up to release her debut EP in 2019, which blends her diverse influences of dancehall, hip-hop and R&B, her previous singles “C.R.S.H.D” and “For You” have firmly established her as one to watch by tastemakers ranging from 1Xtra and Glamcult to i-D, Dummy and The Quietus. The future is bright for this rising star, stay tuned for more music. 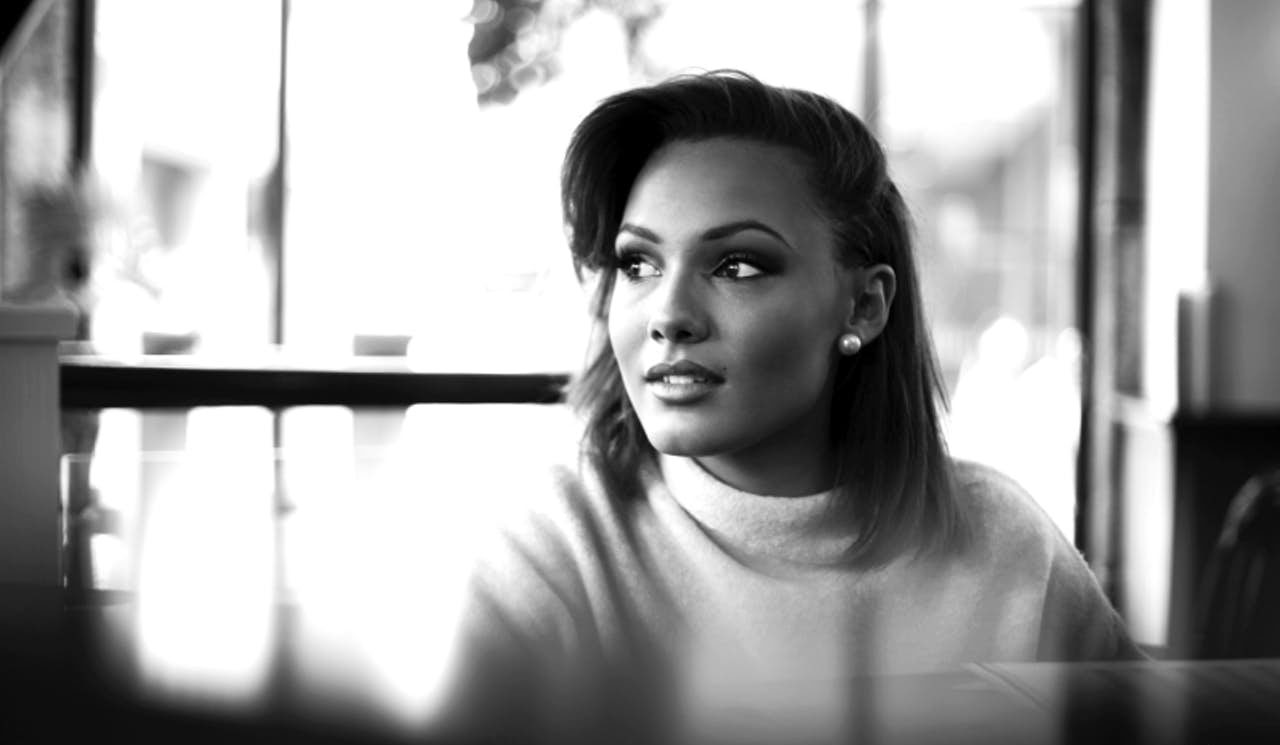 This time we see Lauren in the driving seat as producer as well as songwriter on this new offering, with neatly packs in laid-back lyricism and future-forward beats. “River Runs Deep” is a sassy and punchy new signature from the London newcomer, as she gives her audience a taste of what is to come.

“This is an empowering and important song for me- it is an exploration of being a woman in a 21st century relationship. In a world where only six women have been nominated for the Producer of the Year award in the entire 59-year history of the Grammys, I really wanted to focus on pushing myself to be able to find my own voice and style no only through songwriting but also through production”

Lauren has carved her own path in music since, landing numerous cuts as a topliner and songwriter, including two tracks on Craig David’s #1 album Following My Intuition. With her last single reaching critical acclaim across blogs plus gaining spins on Radio 1Xtra, Beats 1 and Rinse FM, this newest cut is the next step on the ascension of this soon-to-be star. 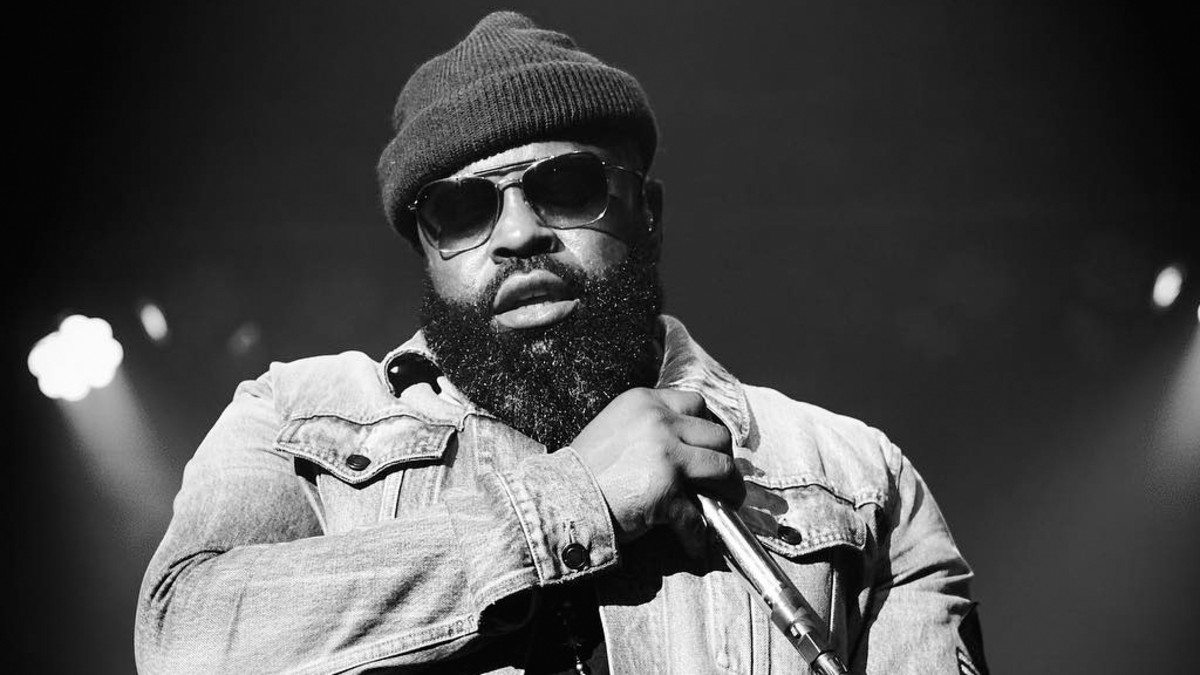 Black Thought announced last week that he will be releasing his upcoming EP, Streams Of Thought Vol. 2 on Monday, November 26. The legendary Roots rapper has teamed up with streaming platform Tidal to premiere the visual for his new single “Conception” that is included in the forthcoming album.

And early on Monday, November 19, Thought has dropped the new single. The visual presents Black Thought on a stage performing the song while a story of a young couple unfolds. A young fashion designer works hard on his designs to sell his product. He sells his clothing but saves one special piece for his lover.

For now the video is a Tidal exclusive, however one is able to watch a one-minute preview without an account or log-in.

The Streams of Thought Vol. 2 is a follow-up to Vol. 1, an EP with 9th Wonder’s Soul Council that was released earlier this year. It was produced by Nas and Fugees’ collaborator Salaam Remi.

Aside from his new EP, the American rapper is working on a group project with Phonte and Rhymefest. Thought has also recorded 200 songs for his hip-hop group, Roots’ next studio album.

Now, fans wait impatiently for Thought to bless them once again with his new album on November 26. 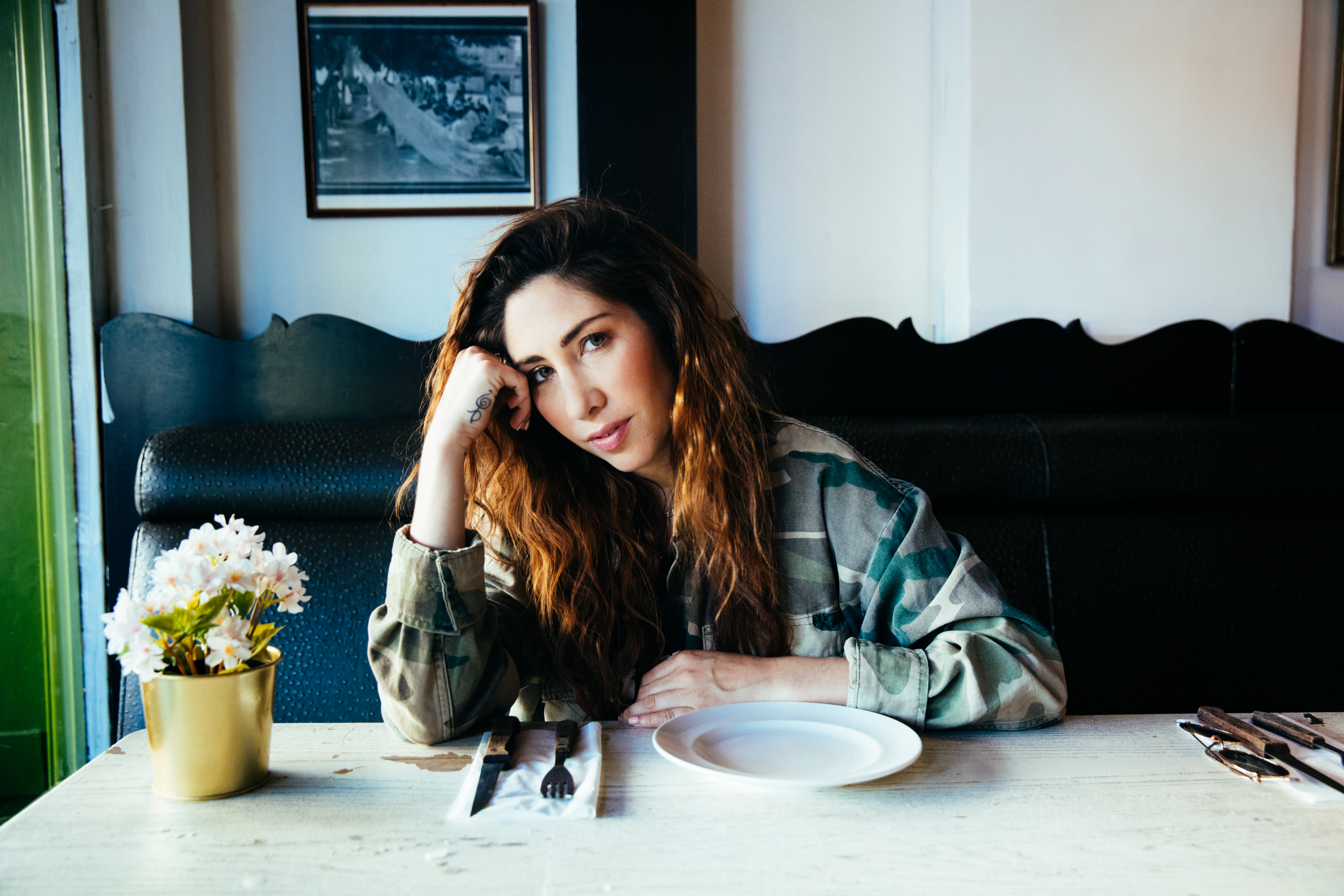 Irish songstress RuthAnne releases her brand new soulful, heart rendering ballad “It Is What It Is“, following singles “Liquid” and “The Vow” – both to come from her debut album set for 2019.

Stripped back and achingly beautiful, RuthAnne delivers a chilling yet potent performance with her voice, assisted solely with a piano. Wonderful penmanship courtesy of such a seasoned writer, alongside the legendary Fraser T Smith, her delicate, smoky vocal builds then retreats to a raw but beautiful place of acceptance.

Speaking about the song RuthAnne said: “The song is a bittersweet acceptance about a relatable relationship issue… you know, the ‘I’ll be the one that changes him’ thing. The truth is, that when someone wants to be in a relationship with you, they WILL be happily with you regardless of timing or circumstance…”

“‘It Is What It Is‘ is about me finally taking the power back and saying to a certain person that I deserve more. I stuck by my words and never went there again.”

Having supported Third Story & Alanis Morissette, she’s set to perform in front of at least 20,000 people when she closes out the year touring with Hozier in December. 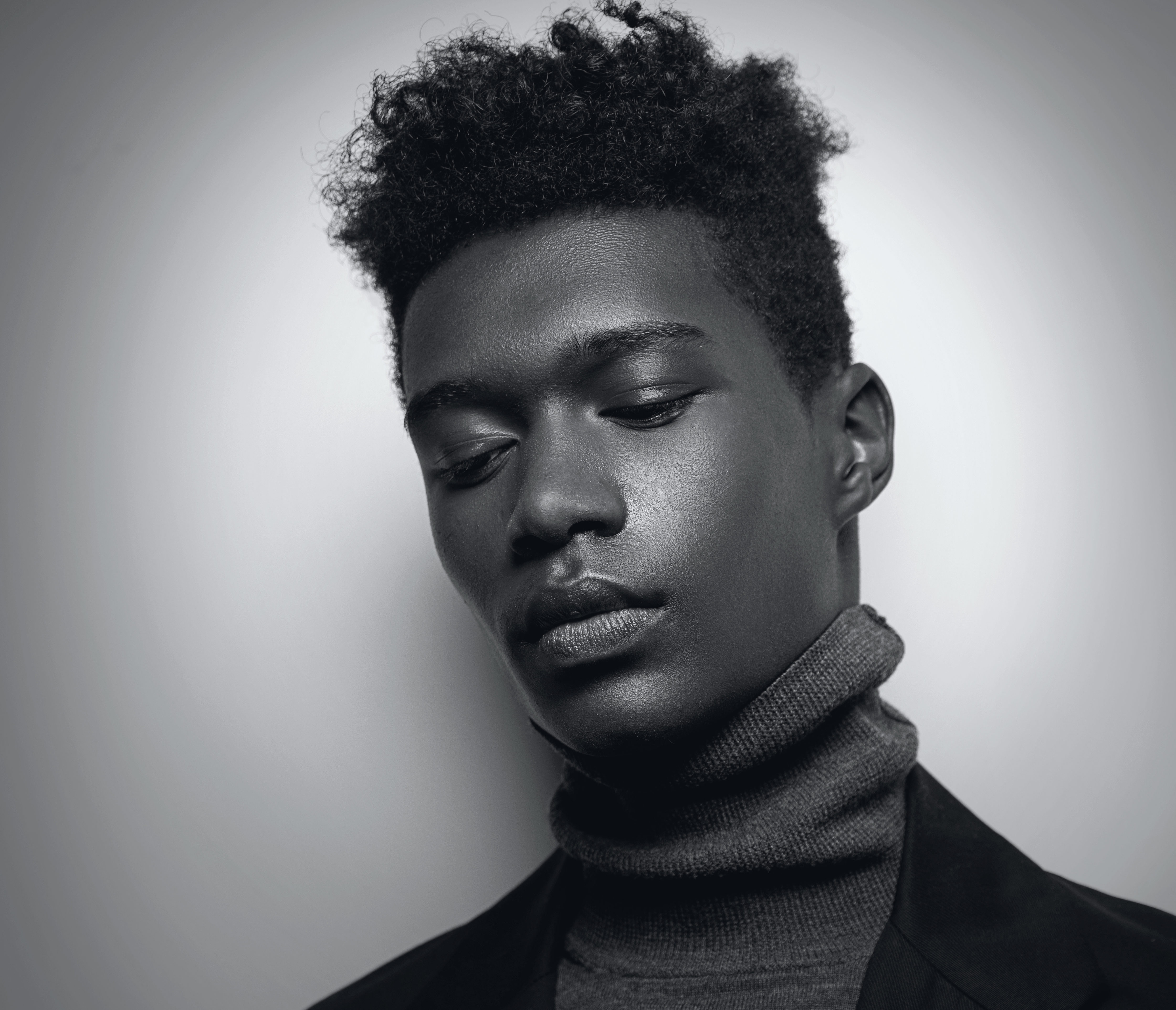 Having made the crowds dance all summer long with tracks like “California Love” and “Blame” but AMERY is now taking it slow with his latest single “You Know“.

Produced by James Lowland, the R&B track creates a warm and intimate atmosphere preparing the ground for the 22-year-old Belgian artist to fully express and embrace his vulnerability. AMERY evokes the vicious circle resulting from the fear of letting yourself be seen and be loved, with every rejection adding up to the emotional baggage for the next relationship.

“I’ve been in a situation where I was too confident that I could pursue a relationship with someone. We spent a lot of time together and quickly got to know each other profoundly so I personally thought we could become an item. And when I finally mustered up my courage to get out of the friend zone, I hit a wall.”

“I regret that the person in front of me wasn’t ready to let their guard down to accept this romantic and committed love. ‘You Know‘ acknowledges the idea that true love calls for vulnerability but also that, paradoxically, being rejected just magnifies a bit more your fear of opening up.” 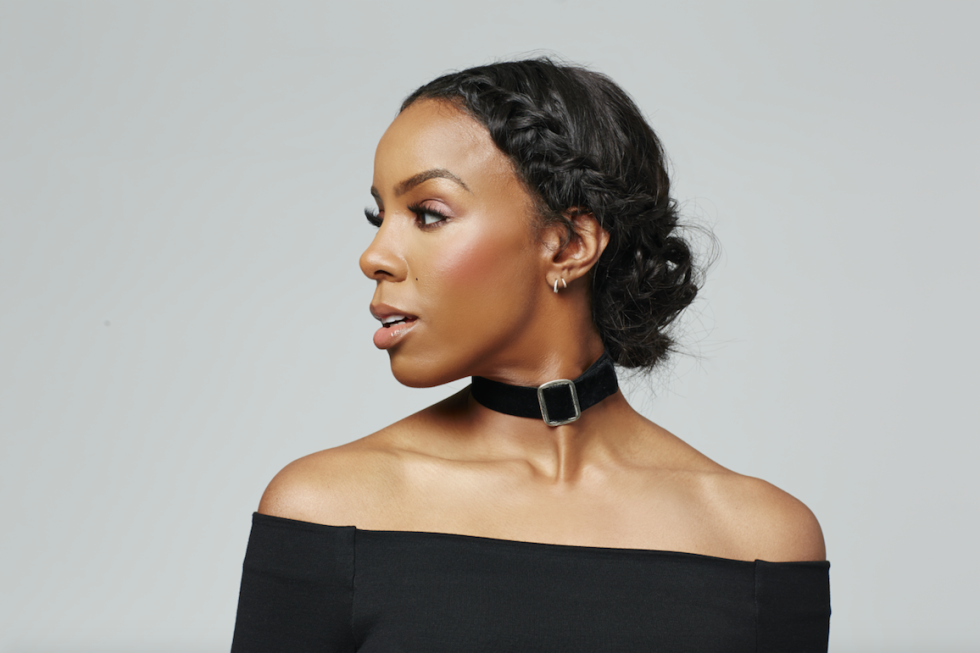 American singer, songwriter and actress Kelly Rowland returns after five years with her new single “Kelly”. She has been behind the scenes ever since her last album Talk A Good Game which had dropped in 2013. And on Thanksgiving day Rowland has blessed her fans with her fresh new track.

In her song, former Destiny’s Child member sings about her lavish life and lets her listeners know that she has her “foot on [the competition’s] throat”. She also says that she is not “humble no more”.

“Kelly” is accompanied by a bass-heavy instrumental and is majorly influenced by the Atlanta trap sound. Rowland vocalises her lyrics in the forms of both singing and rapping and sounds very confident as she performs her debut single.

In the fall, the artist released a new line of eye-makeup called Smoke x Mirrors. Moreover, she appeared in Busta Rhymes’ latest single “Get It” featuring the rap legend Missy Elliot. Rowland also performed along with Michelle Williams on Beyoncé’s Coachella 2018 set the R&B classics “Lose My Breath”, “Say My Name”, and “Soldier” as Destiny’s Child.

On Thursday, Rowland has teased the single on her Instagram before dropping the new release. A huge surprise for her fans. We hope that she will release a new album soon but until then we can enjoy her solo record “Kelly”.