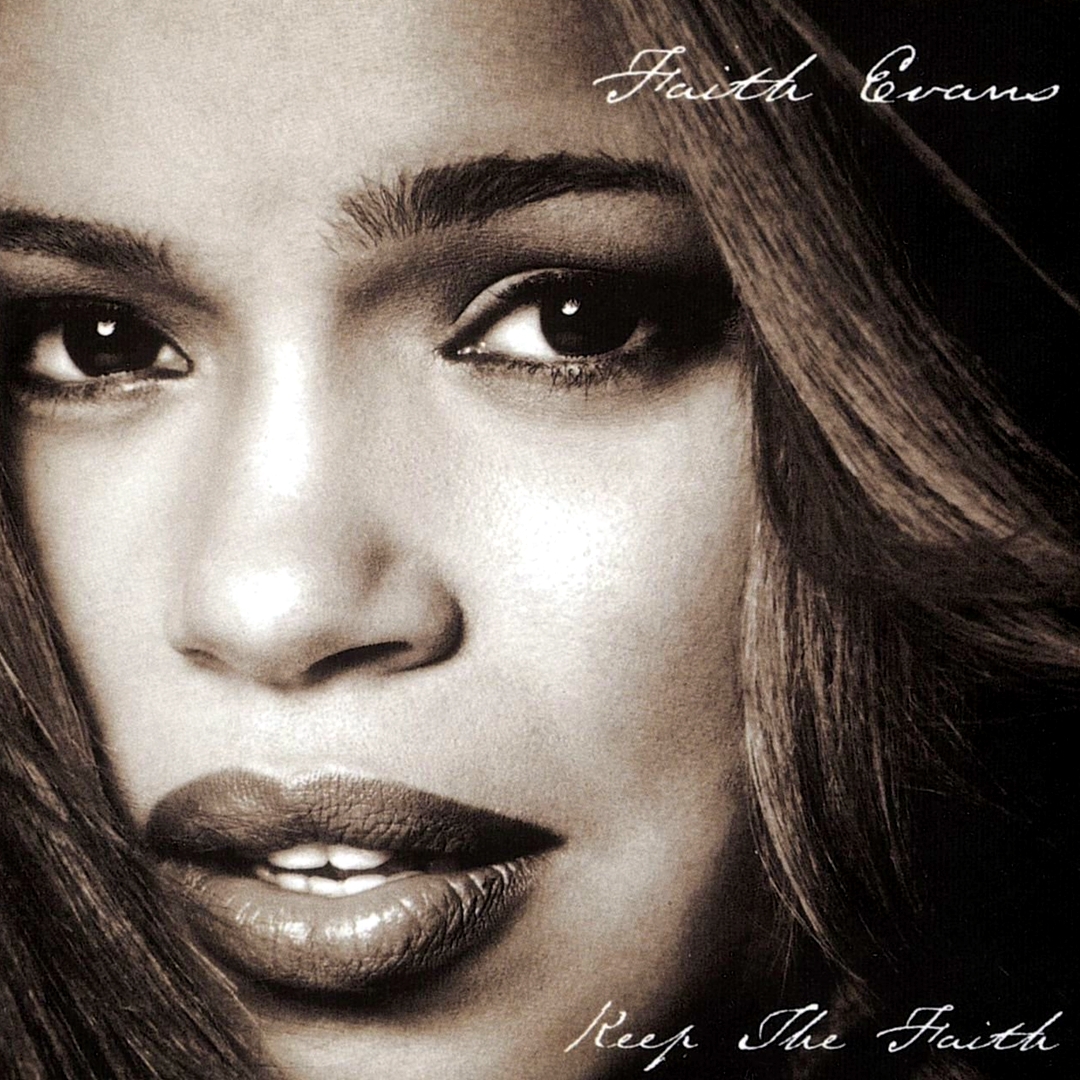 It took three years for Faith Evans to release her second album after her very successful debut record simple called Faith from 1995.

In that time, her life changed forever. She witnessed the murder of her husband and famous rapper Notorious B.I.G, and she had to reorganized her reality in front of the whole world. The American singer admitted she had difficulty completing Keep The Faith because of the pressure and the fact that she felt like there was no progress at first.

Fortunately for us, she did complete it. What’s more, Keep the Faith repeated the very high album sales of her debut. It peaked at number 6 on the U.S Billboard 200 album charts and was certified Platinum by the RIAA. Allmusic described the longplay as “without a doubt a highlight of 1990s soul-pop music”. And still, after 20 years, it’s recognized as an important staple in Faith’s discography, and a very solid record even today.

The highlight of Keep The Faith is a track called “Love Like This”. The single is a mild mix of R&B, disco and funk, and that’s a sound that Faith Evans developed a bit later, on her other albums, in such songs as “Mesmerized” and “You Gets No Love”. “Baby, try to understand / I’ll be crazy if you leave“, she sings gracefully over the smooth beat. It’s worth to mention, American rapper Fatman Scoop sampled the song on his hit single “Be Faithful” in 1999.

Faith keeps the same energy with the next song titled “All Night Long”. Until this day, the song is a perfect jam for club party. “We can dance, dance, dance / Clap your hands, hands, hands“, she repeats on the dynamic chorus.

The rest of the album is filled with ballads, which Faith Evans is a queen of. There’s a bittersweet track called “My First Love” where she’s trying to explain her feelings when it’s apparently too late. “We never said goodbye, no / I never wanna feel the pain of losing love again“, she sings in a very dramatic way. Is it a tribute to late Biggie Smalls? Probably… She puts a lot of heart and emotion in not only this track, but throughout the album.

The slow motion songs flows naturally into each other. She shines bright on “Anything You Need” and “No Way“. Ms. Evans has a beautiful, strong voice, which she uses carefully. There’s not a lot of contemporary R&B singers who can do that in a very classy way nowadays.

The singer and songwriter speeds up the pace on the mid-tempo track “Life Will Pass You By“, where she shares some of the tough moments of her private life in very laid bare lyrics. She reminisces: “I’ve got three children to think about first / I’ve got so much to do“, and later she even adds “I’ve paid my dues as you can see / Been in all kinds of drama in my life series“.

From a time perspective, the track could be a very good prelude to her later single “Again“. It’s very interesting to see how her point of view of love and life in general changed through the years.

Definitely, Keep the Faith was a move that kept the talented singer at the top of the charts for such a long time in the 90s. It’s also another reason for us to remember just how great Sean Combs’ production was and how good the Bad Boy Records catalogue is, as a whole.

This album shows Faith Evans’ maturity and growth during tough times. It obviously wasn’t on Mary J. Blige’s My Life level, but it’s a fine longplay nonetheless. Keep the Faith is just one of many proofs that Faith Evans is much more than a collaborator in P. Diddy’s highest selling single ever “I’ll Be Missing You” and it should be reminded every single time.

Faith Evans’ Keep The Faith is out now via Bad Boys Records, purchase it on iTunes here and stream it below.