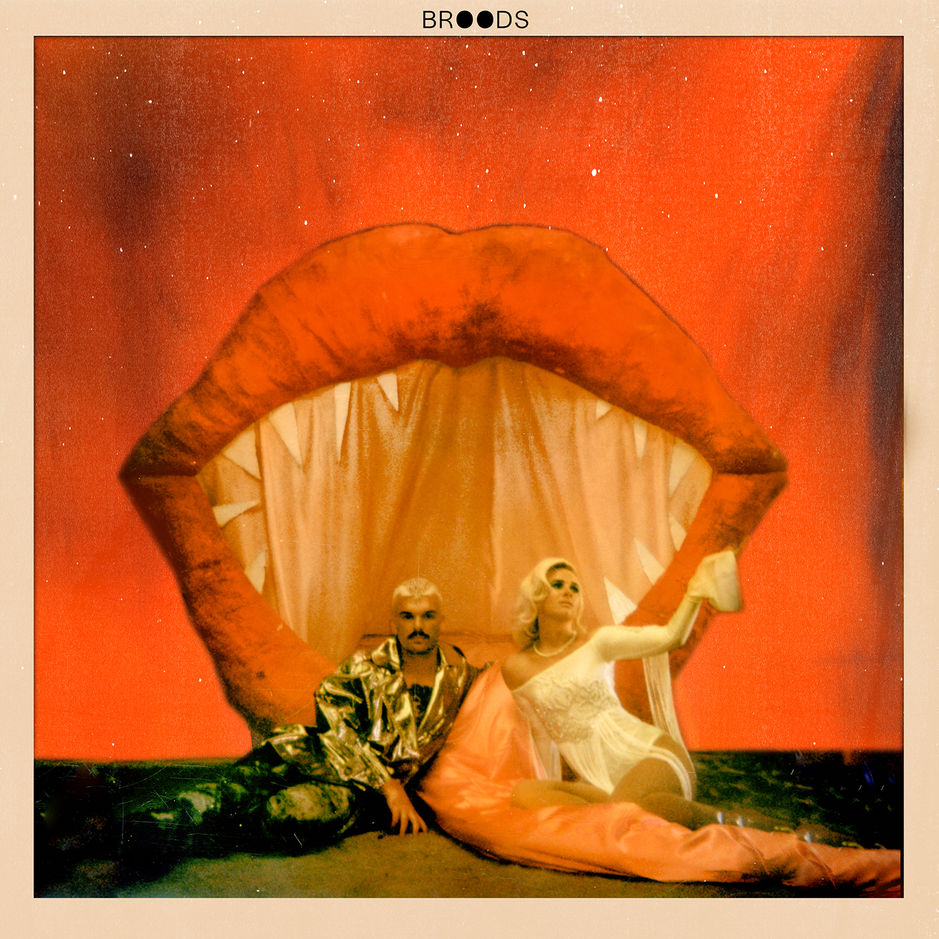 After being dropped by their label, Broods were left faced with a difficult decision, do they continue or give up? Many artists lay down their swords once their label ditches them, but not these two. Instead, they bunkered down and focused on creating a record that’s liberating and unrestrained. Their previous works had hints of label interference and Don’t Feed The Pop Monster is a response to their journey so far.

It’s immediately apparent that their new album is what they’ve always strived to be. It encompasses a broad spectrum of sounds without sounding scatter-brained or diluted. Even though it’s an explorative body of work, it’s undoubtedly pop. While Don’t Feed The Pop Monster is a pop album, it manages to push the boundaries of the genre. If I could sum it up in a few words, it’d be downtempo with moments of mania.

It’s predominantly introspective with the lyricism highlighting the struggles that the duo has endured thus far. “Sucker” opens the album and it features glistening, disco rhythms channelled through a struggling performer. Repeated lines such as “get sick, get well” illustrate the melancholy mood.

This is carried on by “Why Do You Believe Me?” which is a thumping, bass-driven emotional number. The music oozes darkness, once again echoed by raw lyricism. It’s quite remarkable, especially as it shows the gulf in quality between this and their last album.

As mentioned there are moments of mania, “Peach” being the first instance of it. Its verses are sombre and isolated, thanks to its humming and droning beat. This quickly changes as the chorus enters, acting as a ray of light. The instrumental and vocals become electrified, and completely re-shape the song.

Three tracks in and there’s no doubt that this is their best work to date. Broods have quite clearly matured and become invigorated by their hardship. This maturation is apparent on the honest and heart-rending “Everytime You Go”.

It’s an artistic statement, with its otherworldly instrumental encompassing everything from wonky, euphoric and dissonant. The lyricism, while simple, clearly articulates and expresses the emotional weight of the song. The melodies and vocals also strengthen them.

“Everytime You Go” is nothing short of a pop juggernaut. You’d think it would be hard for Broods to follow it up, but they do and with ease. “Dust” continues the darkness with its guitar driven, sweeping and soft balladry. Vocally, it’s sublime, and the chorus is triumphant and irrevocably powerful. Its message cuts through the chest and lands straight in the heart.

Half-way through the record and Don’t Feed The Pop Monster couldn’t be more apt as a title, because Broods have created something that is the opposite of their past selves, and the machine they were a part of. This isn’t an album that you’d feed to the Pop Monster as it’d be regurgitated and swept away.

Their off-kilter and hearty journey continues to be a middle finger to their struggles. With “Belong” and “Old Dog”, Broods dig deeper and deeper. “Belong” acts as a twin to “Dust”, with both their instrumentals being guitar focussed and rhythmically driven.

However, “Belong” deviates with its alt-pop leanings. From it’s mercurial, frosty synths to the lingering piano and howling vocals, it becomes an ode to inner demons. Its climax is spectacular, as all the components come together atop driving bass; finally unravelling once more amongst a choir of voices and an incredibly seismic and detailed beat.

While “Belong” is heartfelt and poignant, “Old Dog” is another slice of the high. It’s a downright bizarre number thanks to its surfer rock sound and quirky lyricism. I mean the chorus is bonkers, but it works. I would never think “I’m an old dog now / Tried to wash off my fleas / Get your piss off my trees / I’m an old dog now / I’m not here just to please / Get that leash off of me” would be so damn catchy.

For all its sadness and inexplicable honesty, Broods never makes the experience arduous. They manage to balance the themes of the album with musical nous. The first half of the record mostly captures a downward spiral, with sprinkles of life here and there; whereas the latter half embodies a phoenix being born again. It’s lively, colourful and joyful.

It’s fair to say that Don’t Feed The Pop Monster is the album that Broods needed to make. Not only has it revitalised their musicianship but its reshaped their career. Their music is no longer sterile and a product of the pop machine. Instead, Broods have traversed the post-apocalyptic world and now stand ready to face it all.

Brood’s Don’t Feed The Pop Monster is a testament to artistic struggle and growth. Quite frankly, it’s an album that’ll undoubtedly impact the pop landscape. It’s that good. Purchase it on iTunes here, and stream it on Spotify below.