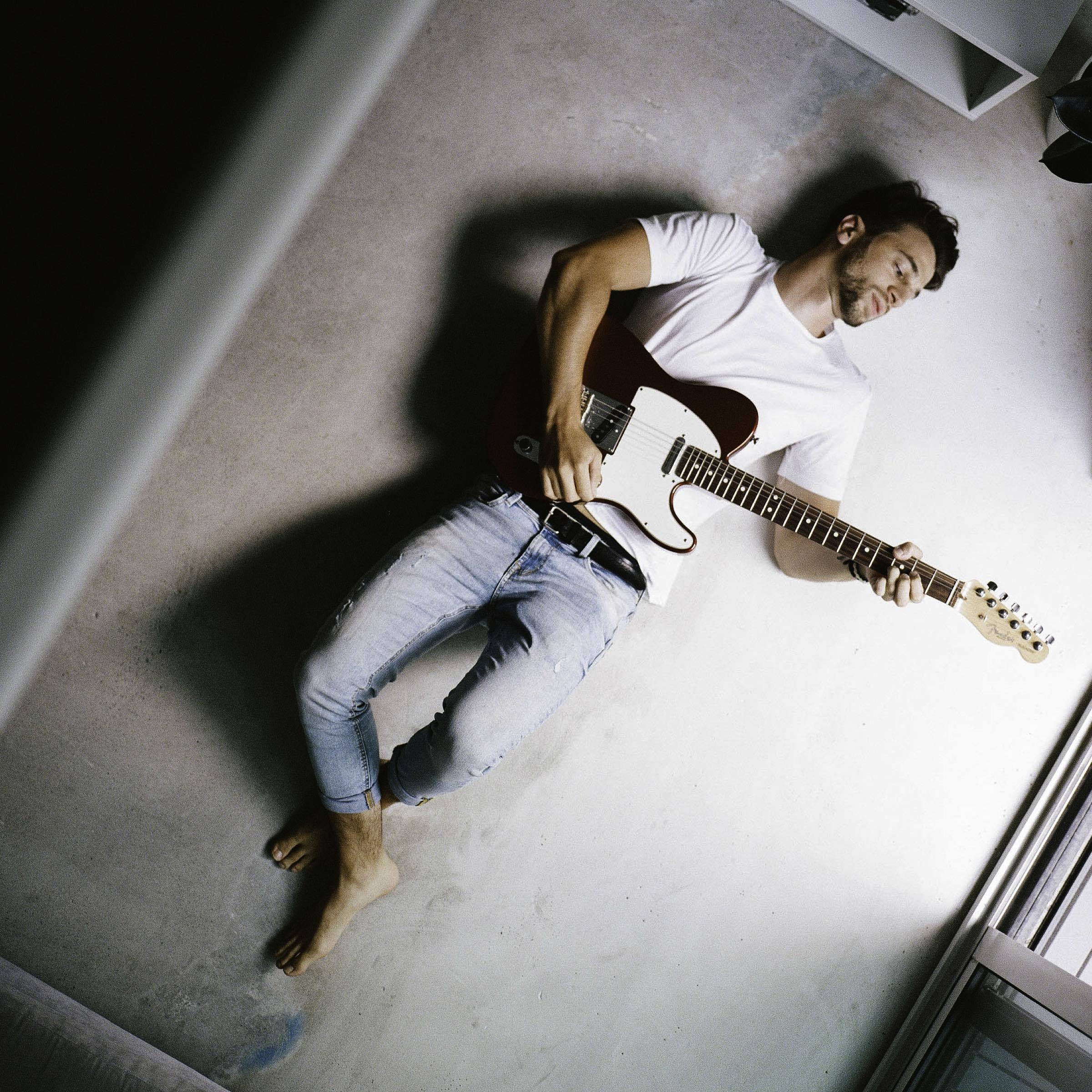 WPGM seldom do exclusive premieres but when we do, you already know that what we’re premiering is really really special, so with that being said, we’re excited to be able to share the brand new single from Toronto singer and songwriter Mike Ruby titled “Is Anybody Here” as our latest ‘Best New Music’ offering!

Crafted in Los Angeles by Mike Ruby, along with Chris Hartz, who has previously worked with Childish Gambino and Passion Pit, among others, and St. Lucia’s Nicky Paul, “Is Anyone There” is an extremely catchy electronic pop offering, held together by Mike’s infectious vocal performance and relatable lyrics about the effects of social media on our human social interactions.

Speaking to WPGM about the “Is Anyone There” single, Mike Ruby says, “the track started as a musical jam written in Los Angeles at Chris Hartz’s (Childish Gambino’s music director/producer) recording studio. Nicky Paul (of St. Lucia), Chris and I started digging into this musically.

While I stepped outside to come up with some lyrics, it made me think of LA and the general state of today’s social scene where everything is out there on social media, but sometimes it feels like no one’s listening. The lyric, ‘Is anyone there, I’m having trouble holding in these feelings, does anyone care, I think I’m about to hit my ceiling’ sums it nicely.

The drop section resembles the unstable state of it all, but the up-beat music juxtaposes the darkness to make it feel light. Chris and I put lots of hours into the post-production, and if you listen carefully, you can hear hundreds of elements entering and exiting the song at all times. This was a fun one to make!”

“Is Anybody Here” comes on the back of Mike Ruby’s first single “Close”, which was released earlier this year to rave reviews and some commercial success in his home country Canada (the track has nearly a million streams under its belt), and is taken from his forthcoming debut EP titled You Wrote These Songs, although no word yet on when that’s due for release.

In the meantime, listen to “Is Anyone There” exclusively below and pre-save the single here before it comes out tomorrow!

2 comments on “Best New Music: Mike Ruby – Is Anyone There [WPGM Premiere]”