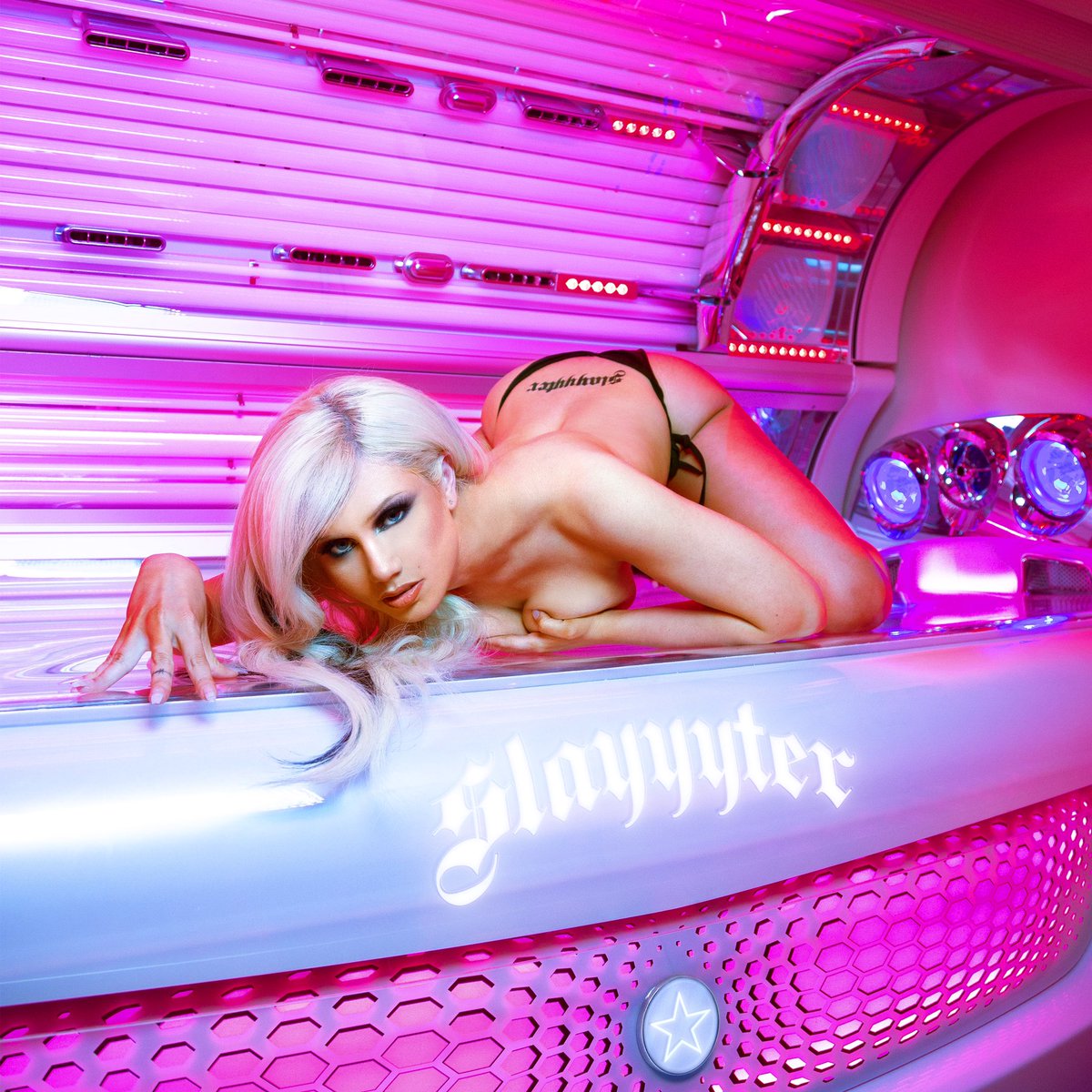 If you’ve watched American Horror Story: Coven, then you’ll know that throughout the season, a core theme is the passing of youth and power. The Supreme (the most powerful witch) is dying, as the new one is beginning to come into her own. This is exactly what Slayyyter represents in the pop sphere.

Only in this case, the Supreme would be Britney Spears and the rising powerhouse would be Slayyyter. She is a quite clearly a student of both Britney and pop music, with her debut self-titled mixtape embodying a newly revitalised spin on what Spears did in the 90s.

That’s not to say Slayyyter is a copycat, because she isn’t. While she leans on the past and takes it on as an influence, her sound is futuristic bubblegum, undoubtedly modern and stylish. It’s also explicit and leaves no stone unturned. Normally, when I’d review a project, I would select a few key songs that demonstrate the album’s strength. However, with Slayyyter, it’s impossible; why? Because the entire project is pop brilliance.

Nearly every track is undeniably catchy, wild and anthemic. I’ll challenge you to pick any song from this mixtape and resist singing along. It may sound like hyperbole, but it really is that good. If I had to pick some songs to focus on, it’d be the following, as they represent all facets of Slayyyter as an artist.

The opening song “BFF” is a statement of intent and it demonstrates that Slayyyter understands how pop music works, as she kicks the mixtape off in style. “Alone” delivers industrialised bubblegum bass, with excellent song writing and a killer chorus supported by aggressive albeit out-of-this world production. “Candy” is another example of Slayyyter’s ability to master pop music. It’s bubbly, relentlessly catchy and filthy.

It’s as if her music catches your attention from all angles, as every aspect of her artistry draws you in. “Devil” is a juggernaut, built up by a seismic beat and luscious, sensual vocals. Again, the song writing is top tier, from the melodies to stadium ready chorus.

“Ur Man” continues this and if anything, it’s probably the most quintessential Britney-esque song. After “Ur Man” comes a trilogy of Slayyyter’s best songs, beginning with the heavy and blade-whirring “Daddy AF”, which is a welcomed assault on the senses.

Its instrumental sounds like a combination of Berlin inspired pop, with lashings of industrialised stainless steel synths, encased in what can only be described as blown-out speaker bass. Slayyyter’s delivery also adds to the anthem, she sounds empowered and fierce, helping to sell the raucousness.

Whereas “Motorcycle” is a volatile concoction, as it flips between ethereal and virulent. From its mountains and valleys beat which consists of dream-like, spacey electronics to hard-hitting, brain haemorrhaging kick-drums; to its mixture of angelic vocals, to pure, knife-edge seduction.

The final song of the trilogy is “Celebrity” which perfectly encapsulates modern celebrity culture and the insatiable hunger for fame.

Slayyyter is convincing and dresses it up in a Blackout-era fashion, thanks to the unmistakable early 2000s electropop sound. Once again, Slayyyter delivers in style, with smart lyricism and enough flare to keep it from being a parody.

If there’s any criticism to be found throughout the project, it’s that Slayyyter plays a similar role throughout and at times leaves her music to be perceived as vapid. Her lyricism exists in this world that’s she’s created, and similar themes pop up during the tail end of the project.

The mixtape’s final stretch is a bit hit and miss too, with the song quality being inconsistent. Thankfully “Ghosttt” rounds off the project nicely, with a reminder that Slayyyter is a force to be reckoned with.

As mentioned early in the review, Slayyyter demonstrates a shift in power and it’s hard to deny that she will be a torchbearer for the future of pop. Slayyyter is an exciting artist, with stardom ahead, and it’s safe to say that there’s a new queen of pop and soon they’ll all be screaming “it’s Slayyyter, b**ch“.

Purchase Slayyyter’s Slayyyter mixtape on iTunes here, and stream it below.