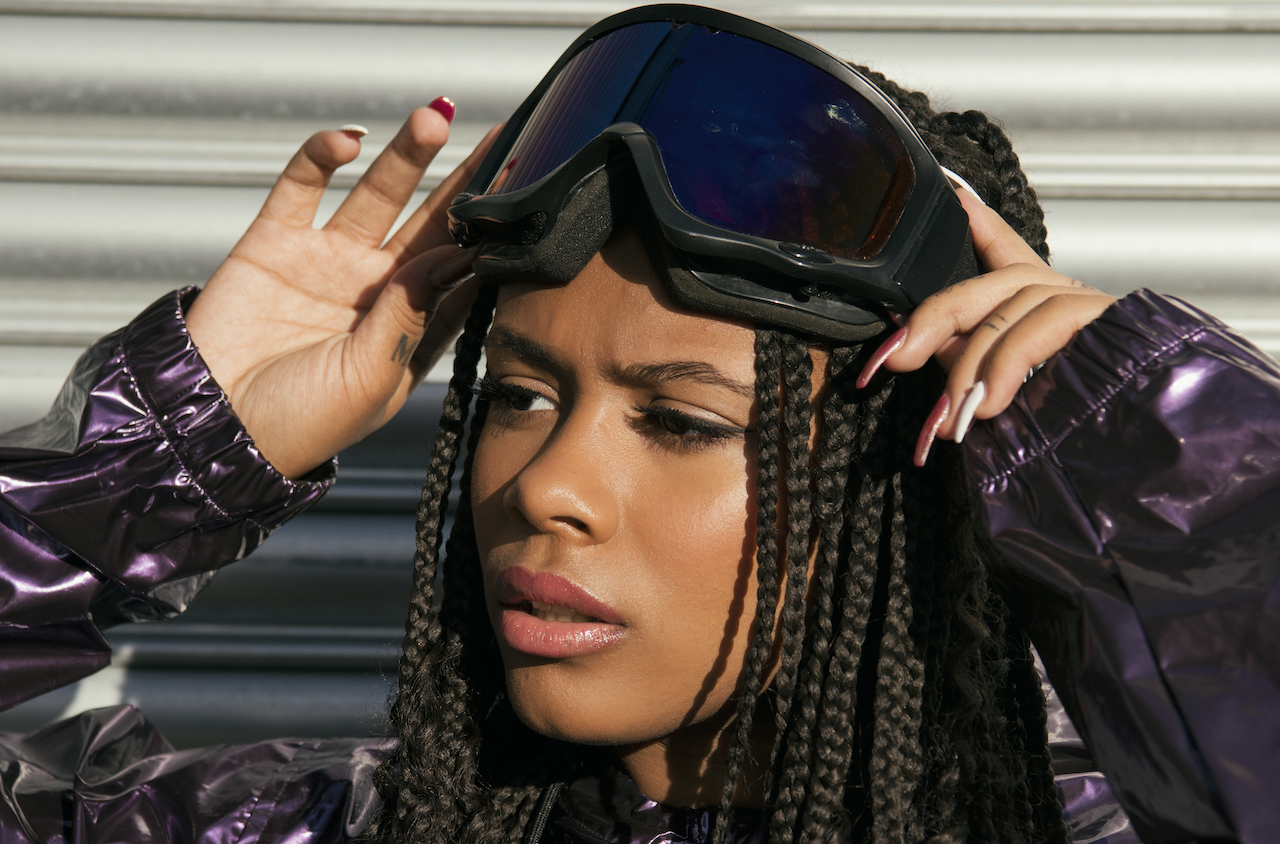 Born into a family that is rich in musical heritage – dancehall artist Mr. Vegas is her cousin and she is also related to reggae legend Ken Booth – MORGAN was always destined to become a singing sensation. Even her mother alludes to the fact she always knew her daughter would become a singer, but it was a chance meeting online with Rudimental that really set things off for her.

For over a year, she has been touring with the British drum and bass band, keeping her on her toes, “It was unreal. Definitely the best year of my life so far. I’ve never really seen myself progress so much as a person”, she adds.

Throughout the tour, Morgan received valuable feedback and was able to advance her songwriting skills, as well as improve her stage presence. She shares how she overcame the challenge of performing in front of large audiences.

There were times before this, when she would insist her family face the wall before she would agree to sing to them. Since the tour, Morgan’s confidence, in her own words, has “hit the roof“.

On Morgan’s latest release “My Year”, she fiercely re-introduces herself and unapologetically teases us with what to expect from her in the near future. The music video is a show reel of her journey thus far and highlights her true passion for making music, “The purpose of the song is, I’ve been touring for a year and it’s been amazing but now it’s time for me to release music”.

At the moment, Morgan’s content online is predominantly mashup videos, where she selects multiple tracks to sing and combine for a single upload. Gracing the internet with her immaculate voice, it comes as no surprise that Morgan receives positive responses after each upload.

Her latest uploads include music from Drake, Roddy Ricch, Krept & Konan, Stormzy and more. These uploads are in high demand from her Instagram followers as the requests for more are endless. Morgan is committed to giving her fans what they want by continuing to release mashups but she also plans to bless us with her own music too.

Last year, Morgan experienced writer’s block for a period of two months, resulting in her avoiding the studio. Researching ways to overcome it, she came across a video of Ed Sheeran encouraging other songwriters to continue to write no matter the circumstances.

A lesson Morgan will forever treasure, as she realises she produces the best music when she is not applying too much pressure on herself. Having the expectation to always have the best studio sessions is unrealistic. In other words, “get it all out of your system until you’re in a position where you’re writing your next hit“.

Her debut EP titled Alien is scheduled for release this summer. She says, working on her EP has supported the journey to find herself and especially her sound. Morgan defines her sound as “edgy swaggy RnB” and reveals that we can look forward to her incorporating her Jamaican heritage into her music.

So far she has included a hint of Patois on the forthcoming EP and is eager to embrace her culture through her music in future. The EP is heavily influenced by Rihanna’s 2016 album Anti as Rihanna has been Morgan’s idol from a very young age. Her admiration for the Bajan singer has since risen due to her go-getter attitude and ability to remain relevant, separate from her music.

We ask Morgan to name an artist she would like to personally plug. At the drop of a hat, British rapper Pa Salieu is her choice. Who knows, we might be fortunate to see a Morgan x Pa Salieu collaboration, as they are in conversation regarding studio time. It is inevitable that this year she will experience a breakthrough!