Future’s greatest strength has always been his greatest weakness: his prolific work rate. The man is an absolute machine at releasing projects, whether it’s full studio albums, collaborative efforts, or mixtapes.

However, this high level of output can lead to swings in quality, meaning you could either end up with a modern classic like Dirty Sprite 2 or an underwhelming effort like Future Hndrxx Presents: The Wzrd. Thankfully, his latest album High Off Life is one of his stronger pieces, offering his best work since 2017’s one-two punch of FUTURE and HNDRXX.

Much of this high quality is due to Future’s new positive outlook on life. In an interview with XXL Magazine, he explained that much of his writing for the album was inspired by the positive position he now finds himself in, explaining that “it’s about life and being good and just enjoying life”.

That’s evident even in the album’s title, which was originally going to be named after the single “Life Is Good” but was changed because… well, it just isn’t right now.

It’s exemplified by lead single and Drake link up “Life Is Good” a full-force club banger that finds two pros at their absolute best. Really, it makes you pine for a follow up to What a Time to Be Alive.

Much of the album’s best tracks are collaborations with some of hip hop’s biggest players, showing that Future is an artist who thrives working with others as he does immersing himself in his own world.

“Solitaires” sees Future and Travis Scott trading bars over an entrancing trap beat, turning lines on the coronavirus (“When they let us off of lock, man, we gon’ make this s**t pop”) into a guaranteed club hit.

“All Bad” is a synth-laden and fun space bop that finds Future fitting into Lil Uzi Vert’s quirky, distinct world, while “Tycoon” and YoungBoy collaboration “Trillionaire” are filled with clever, funny and meme-worthy lyrics that fit alongside the best of the man’s classic lines.

However, this is a Future album, which means the sunny vibes don’t last long. There are plenty of menacing tracks that have become the rapper’s trademark, with songs focusing on female problems (“Too Comfortable”), past tragedies (“Posted With Demons”) and drug use (like, half the album).

Luckily, it’s a wheelhouse Future has found success in, with “Accepting My Flaws” even showing a rare humility and vulnerability from the larger-than-life individual, admitting his shortcomings and mistakes in a frank and honest manner (“I’ve been sufferin’ withdrawals, missin’ out on real love”).

The album isn’t perfect, as it falls into the same traps that much of Future’s work has fallen into. Primarily, there’s too much filler here, with tracks entering and leaving with decent-but forgettable beats and unremarkable lyrics.

There’s nothing bad here, but like his friend Drake, Future sometimes seems like he doesn’t know when to cut a track. But these forgettable tunes are few and far between, as Future has crafted a fun, entertaining, and memorable distraction from the current situation that sits alongside his best work.

Future’s High Off Life is out now, purchase it on iTunes here and stream it on Spotify below. 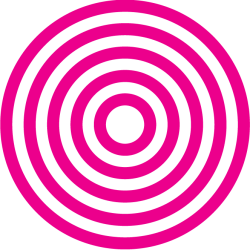