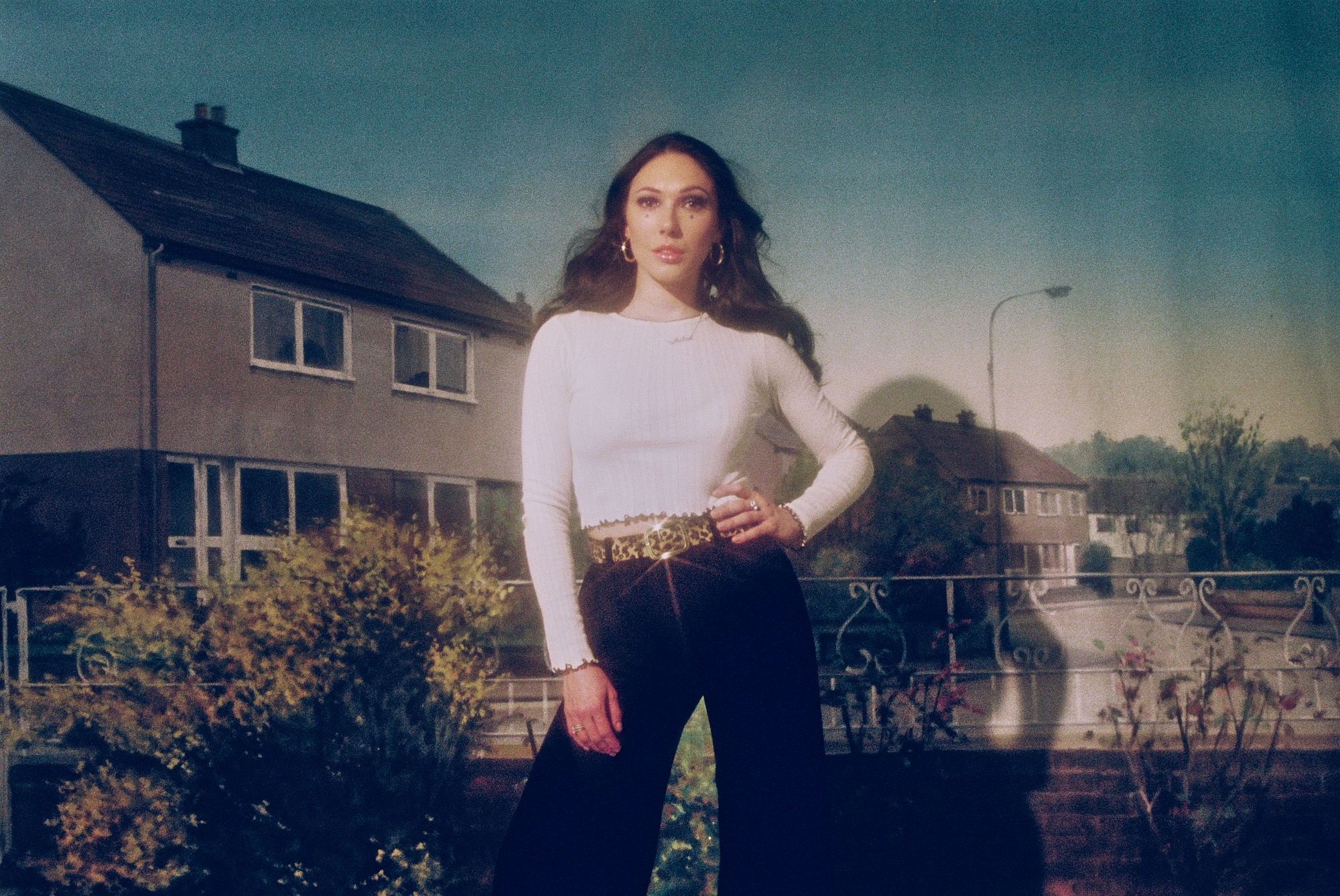 I’m Mabes and my latest EP Keeping The Noise Down follows the thoughts of my teenage years as I struggled through adolescence. The songs all started out very differently, and at different times in my life despite them all working so well together on the EP.

I wrote “Keeping The Noise Down” with Jonny Latimer roughly 30 mins after meeting at his North London Studio (which is hidden behind warehouses and garages, you’ll never find it!) I had this idea in my lyric book called Keeping The Noise Down which I stole from my dad.

He said something like “I kept the noise down” or something like that and it stuck with me, so it got jotted down in my book. I thought this expression kind of feels like a memory of being stuck a party I didn’t want to be at…

Two hours later after meeting Jonny for the first time, the demo was recorded. He used some amazing old analogue sounds which blew me away and I loved that nostalgic vibe that it brought to the record.

I remember when we wrote the line about “Sam’s got the coke out” and I wasn’t sure how real and gritty to get with my lyrics here. He had been working with Lily Allen the week before who I am a HUGE fan of, and he turned to me and said “Lily would say it”… and that was that!

So “Keeping The Noise Down” is a song about me being at this party and feeling very out of place and uncomfortable. These days, it’s almost shoved down our throats to drink dance and be happy!!! but you don’t see self-conscious or awkward side of the people that don’t enjoy the environment.

I wanted to open that conversation, and maybe bring some comfort to those people, to let them know you don’t have to be at the party to be cool – which is a message running though the last scene in the video EP as I leave.

“Stuck In The Rain” came about in a shed in West London with Dan McDougal who is an insanely talented writer and musician (he plays drums for Liam Gallagher!) and this song came together very easily too, we were in the zone.

I remember writing the verses over a soup. I was feeling on top of the world that day (something that doesn’t always happen!) and wanted to capture the feeling in a song as little note to myself, that tough times don’t last, it does get better.

I bought the song to Nick Webber and we listened to loads of 90’s refs to inspire us. I’m a big Dido fan, can you hear the reference to “Thank You” with bongos at the beginning? I wanted this song to feel familiar but fresh. I hope the song can pick people up when they’re feeling a bit stuck in the rain.

The oldest song on this EP is “Slow Drowning“. I actually wrote this when I was about 16. Back then I had the opportunity to work with a world class (and acclaimed!) songwriter Jamie Scott which was amazing.

I had been desperate to release “Slow Drowning” as it’s my favourite song to perform. It’s the most obvious country feel of the whole EP too and depicts the realisation that not all love and relationships will last forever.

So, it’s taken me a while to get this one properly recorded and when I bought the track to Nick Webber at the studio in Covent Garden, I wanted that harmony-rich indie folk earthiness combined with lushy pop vocals. He nailed it. I’m so proud of this song, I still get shivers still when I hear all the harmonies together.

“Might As Well” came around on a very very bad day – I was feeling so low I thought about calling off the writing session, I thought “There’s no way I can write a song with other people like this”… But as the session was with a friend Quarry, and his friend Laura Welsh, I put on my big girl pants and went into London.

I laid it all out to them and in true songwriter spirit we wrote a song about it. Quarry is an incredible human being, as well as being one of the best producer/artists I know, please check out his stuff! This is probably my most pop produced record to date and it is vibez. I love it.

This song reflects how I feel about social media and how we as humans can choose how we want others to see us. We compare ourselves to each other constantly, and sometimes try to be like other people which never makes you feel better.

It’s another reminder of a memory of what things were like at school which is why it connects to Keeping The Noise Down so well. It’s hard as hell trying to be somebody else, wishing you were someone else.

This EP is a step up from the acoustic sounds of the Wait & See album and I think gives a little taster of what’s to come next.

Listen to Keeping The Noise Down below!