Home » Features » Commentary » WPGM Commentary: King Lekan On The Making Of His New EP ‘No Time’

My name is King Lekan. I was born in Lagos, Nigeria into a Yoruba family and my birth name is Olalekan Ajalaagbo, which means “my riches/wealth increases“. The name King Lekan was given to me by a friend actually, over 10 years ago before everyone decided to embrace the words ‘king’ and ‘queen’ as a thing in today’s culture.

I have always been into music production for well over 15 years and I’ve been a piano player and music director for over 10 years. Therefore, music production, arranging and performing is not a new thing to me.

Actually, I am Mr. Eazi’s music director and keyboard player – toured the world with him all throughout 2019; we performed in South Africa and all over Europe. I have also performed with the major afrobeats artists of today such as Davido, Wizkid, Adekunle Gold and Stonebwoy, just to name a few.

Therefore, my new EP No Time should not be a surprise to those who know me personally, as they will know that this has been long overdue. So, No Time as it sounds, means that now is the time to let the world in to my other creative side as a music producer & songwriter.

No Time was brought to life during the pandemic, but has been a project of mine that I have been working since 2018. As a result of my musician background, which means I am overly critical and always chasing excellence and perfection, I have been procrastinating over the years with this project, because I was chasing perfection; but thanks to the pandemic, there is no such thing as perfection.

To me, perfection is a fictional assumption as a result of human make-believe notions and unrealistic expectations that will always lead to self-doubt. Therefore, that phase of chasing perfection was thrown out the window this year due to the pandemic.

So, I decided to finally lock myself in my home studio while throwing away all the unrealistic expectations, and No Time was awakened. No Time is my elevator pitch to the music industry, particularly the afrobeats industry.

I know what I am capable of as a music producer and overall music creative; therefore, I decided to produce four songs in collaboration with amazing artists that I’ve always wanted to work with personally. 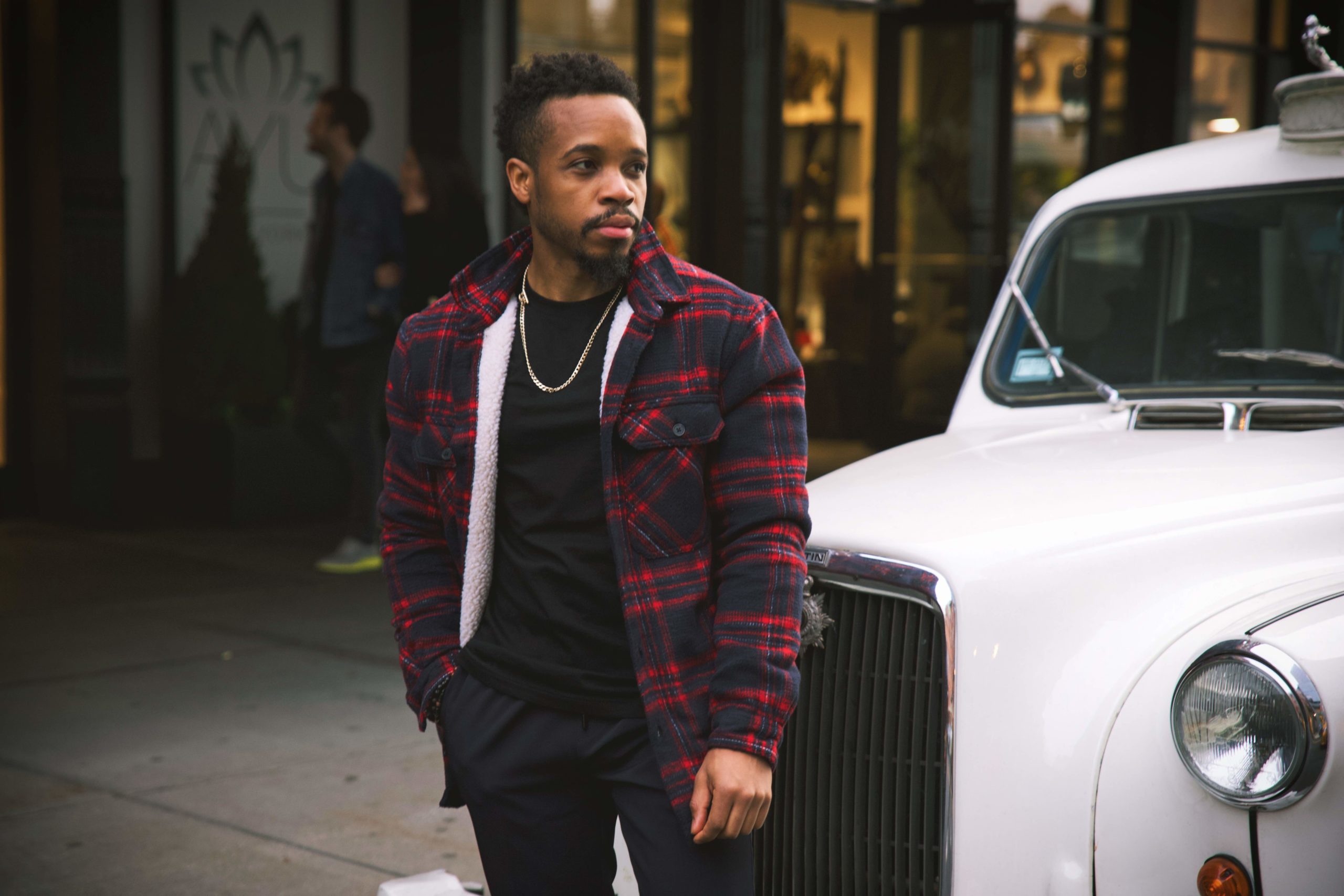 The single from the project, “Give You All” came about as a miracle and blessing. While producing the track, for some weird reason, I stumbled on some old Nigerian Fuji songs and I started listening to a few.

Then I came across a song by a great Nigerian Fuji singer King Wasiu Ayinde Marshal (also known as KWAM 1) and it inspired me to create an afro-swing/afro-r&b infused vibe while sort of ‘sampling’ KWAM 1’s line “Baby Mi sho color re”.

I played around with the pitch of this particular line from his song, did some EQ and some vocal tweaks and infused it into the production, and it sat so well in the mix. The beginning of the song actually starts with ‘baby mi’, which was sampled in a repetitive manner to create a vibe that will stick in the listener’s head.

So, there you go, I just revealed the secret to the beginning sample and high pitched sample that everyone has been asking about in the single, “Give You All”. Now, with regards to having the amazing Moelogo on the song, it was done all in faith.

I have always wanted to work with Moelogo, so I reached out to him in faith, he responded, and I sent him a few beats; he then selected the one with the KWAM 1 sample and the rest was history. From then on, he actually became a good buddy of mine and I thank God for using him on this record.

The other song on the project, “Jaiye Oni” was collaboration with a long time artist friend of mine, Mojeed. I have worked with Mojeed on a few projects in the past and as soon as I produced the beat for “Jaiye Oni”, I knew he was the right person to bring the song to life. I reached out to him, and he immediately knew that it was a song for him.

Within a few days, he sent back his vocals and we both knew that it was a great song that a lot of people will relate to, as he was also inspired by King Sunny Ade (A popular Nigerian JuJu singer). “Jaiye Oni” is a track that tells people to live and enjoy their life to the fullest as no one knows tomorrow. 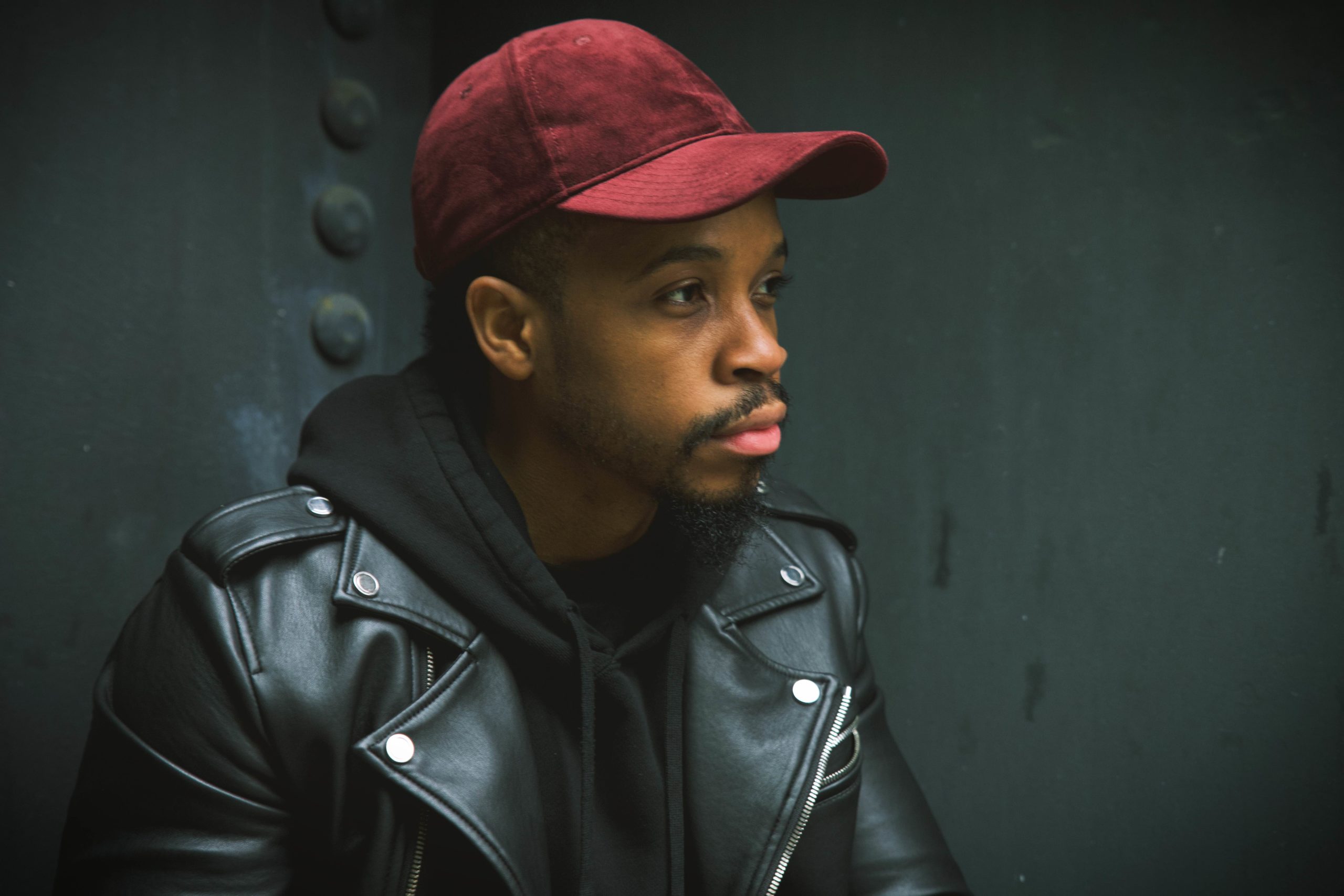 Another song on the project is “Money Calls”, which is a very special song to me, as I actually sang on this record. I have always wanted to show the world that I can also sing as well as write great songs, so, “Money Calls” was the record that I wanted to use to showcase my songwriting skills along with my American influence.

In addition to this, an amazing Nigerian producer called SARZ inspired me while producing this record. I took one of SARZ’s loops from his website, and I worked my magic around them to create an urban afro-pop vibe.

This song featured Gregory Sultzer from the group The.Wav. I met Gregory in a studio session last year, and I knew that I always wanted to work with him. Therefore, I sent a snippet of the track to Gregory, and he immediately loved the vibe and literally sent me his verse in a few hours.

Lastly, another song on the project called “You Know” came about because I wanted to create a soulful pop vibe infused with afrobeats and some electronic elements. I collaborated with the amazing Bemisoul on this song. Bemisoul delivered the exact vibe that I had in mind for the record and I couldn’t be any happier how the record turned out.

All the songs on No Time were fully produced by me in my home studio and I am 100% pleased with how it all played out. Listen to my No Time EP below and get it it here from your favourite streaming platform.