Home » Features » Commentary » WPGM Commentary: Tilly Valentine On The Making Of Her Debut EP ‘Nothing Left To Say’

I’m Tilly Valentine, a British electronic pop artist drawing influences from jazz and R&B. I’ve recently released my debut EP Nothing Left To Say, and I’d love to tell you all about it.

The narrative of Nothing Left To Say is immersed with a sense of honesty and closure. There are electronic yet emotive soundscapes that play on the topic of letting go to embrace the new. It’s a collection of my experiences, and it summarises how circumstances changed me and influenced my writing over the years this EP was created.

It all started when I was 16; I moved from my small hometown in Oxfordshire to attend The BRIT School in London. I rented a room by myself down the road from the school, and that’s where I really began to explore writing.

Five years ago, I discovered a new producer on SoundCloud who made jazzy trip-hop beats, and I contacted him about working together. He lives in Germany, so we communicated through messages and voice notes, and our first collaboration was creating a track called “Coins“.

“Coins” became my debut single, and as a new and independent artist, I was absolutely over the moon to have gained so much support from BBC Introducing and especially Jamz Supernova, who premiered my debut on BBC Radio 1Xtra, as well as my self-directed music video being awarded ‘Best Music Video of 2018’ by Music Republic Magazine.

I had to include this track on the EP, as it will always be a special and nostalgic song that represents where everything started. I was listening to a lot of Tom Misch, Lianne La Havas, NAO, Olivia Dean and Honne at the time (I still am!), and I became influenced by so many elements.

As time went on, I got more and more into jazz and began subtly experimenting with this in my own music; teasing scat ideas complementing the retro blend of pop and soul heard in the opening EP number, “Fit For A King“.

The track premiered on BBC Radio 1 and gained further support from BBC Radio 1Xtra and BBC Introducing’s ‘The Hot List’, which was a huge moment for me. It was completely unexpected, I could not believe it when I heard Huw Stephens playing my song on Radio 1 (teary eyes moment)!

The first unheard track on the EP is “Pirouettes“, which carries the softness of ballerina-like piano parts, contrasted with hard-hitting conversational lyrics. I wrote “Pirouettes” about all the things people said to try and make me feel better when I was going through a break up.

Sometimes when you’re in that place, any help or advice can feel hard to accept. The lo-fi bedroom pop feel is another track I wrote with Mattis, and he put together a beautifully eery visual using our music box of the song.

I decided to feature “Fit For A King” on the EP, but this time with a brand new stripped back rendition. However, by the time I came around to it, we were sadly and unexpectedly hit by the first Covid-19 lockdown.

I feared for the music and events industry, and wondered if it would even be possible to finish my EP in 2020 while the whole world felt like it was on a never ending pause.

I decided to use it as an opportunity to create a ‘lockdown live lounge’ and feature four silky backing vocals; Sam Dotia, Madeleine Jones, Connor Allen and Hannah Bayley. We all recorded our parts individually from home, and put it all together remotely to seamlessly conclude the EP. 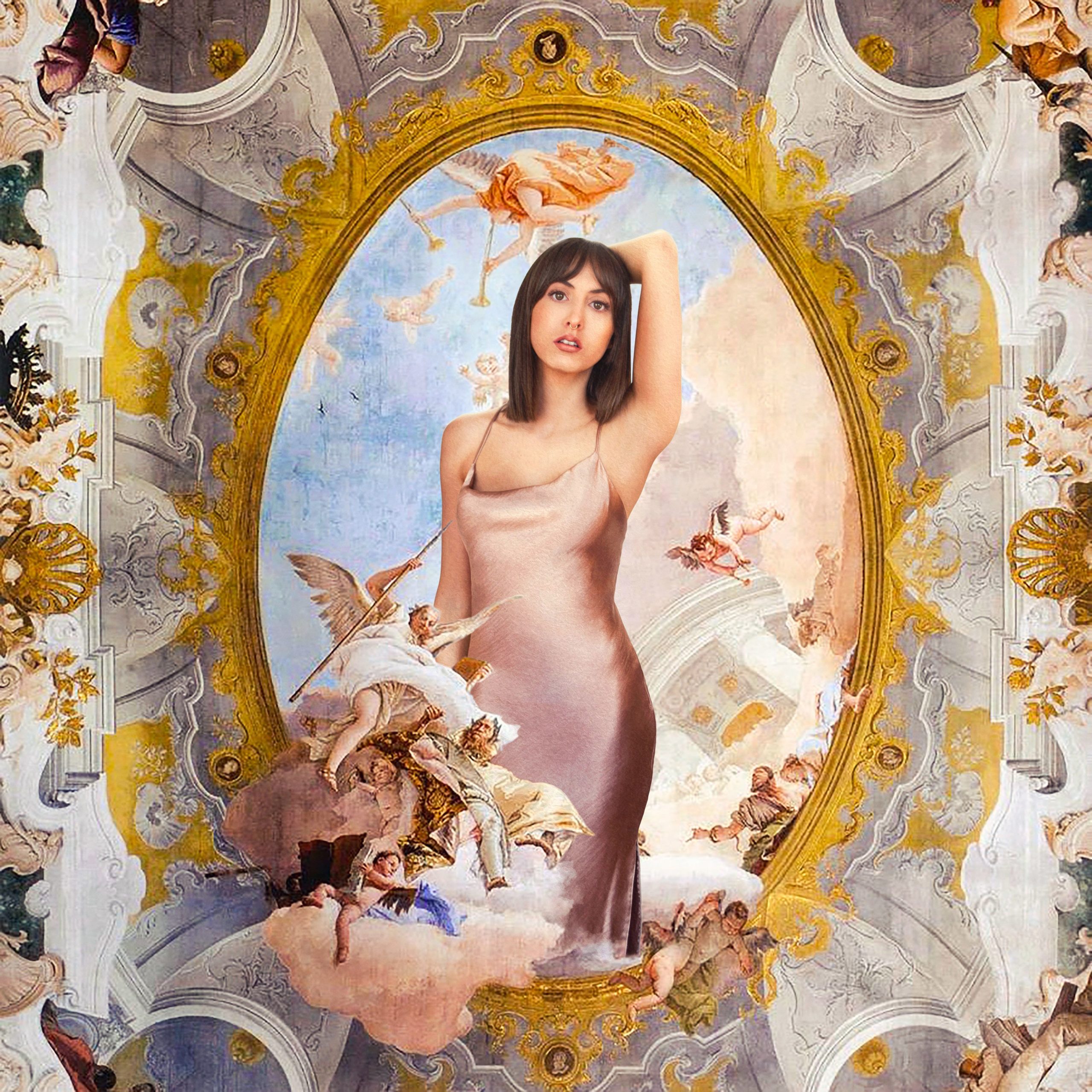 The next hurdle to overcome was to work out how to shoot an EP artwork during a global pandemic- when we weren’t allowed to leave the house, let alone meet with a photographer! I knew it would have to be a DIY project, and so the artwork was shot in my living room.

The concept was to represent how a picture speaks louder than words, how expressing feelings through song is its own remedy – represented by a ‘work of art’.

BBC Introducing played “Fit For A King (Stripped)” on their show, and said “You wouldn’t have known the artwork was done in her living room. It is absolutely resplendent, it’s like she commissioned Michelangelo himself to paint an EP cover”. It’s amazing what an old camera and some re-touching can do!

Releasing music as an independent artist has been challenging at times, but more importantly it’s been so rewarding as I’m constantly amazed by how many creative and talented people surround me and contribute to the making of the music.

I started working with a producer, edbl, when I went to his flat in London and we wrote our first song together called “Table For Two“. Since then, the track has reached over half a million streams and he’s recently released our second track together “Symmetry”.

These contributed hugely to who I am as an artist, so I decided to include them as bonus tracks on the CDs and the USB cassettes that I’m selling on my website, and online at Banquet Records.

This EP has come together slowly but surely, and it represents the sounds of my life over the last few years. It may even suggest my artistry may soon be moving to the next exciting musical chapter, as all is said and done with Nothing Left to Say… Listen to it below!