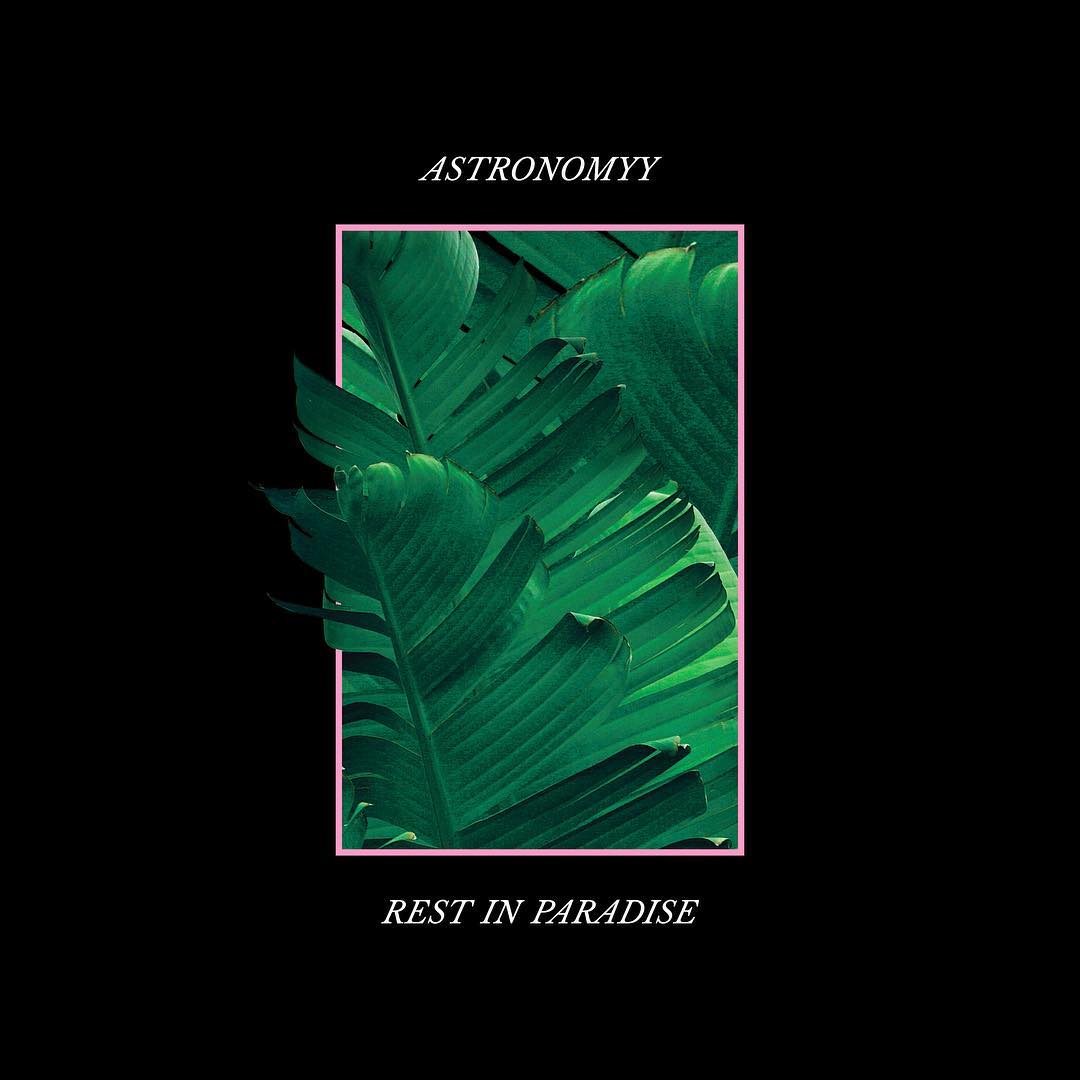 Worcestershire-based electronic producer, Astronomyy, returns with his new EP, Rest In Paradise, which came out Friday (February 17) on his own label, Lunar Surf.

Astronomyy first made a name for himself on the music scene in 2013. His contribution to MNEK and Zara Larsson’s international hit, “Never Forget You”, then definitely worth a mention. He co-wrote and co-produced it, and it went on to sell millions of copies worldwide. It’s streamed over 400 million times to date.

Also, his edit of Billie Eilish’s “Ocean Eyes” helped her to cement herself as one of the hottest new US acts with over 17 million Spotify streams. In 2017, Astronomyy will be supporting Gnash in London at his 02 Academy Islington show on Wednesday, March 1.

He says of his new EP, “Rest In Paradise signifies the end of a chapter in my personal life and my musical journey, solidifying it but leaving enough room to hint at the future”.

The opening track has you “Hypnotized”. It cuts in straight away, the vocals, indeed, hypnotizing. They’re light and airy, supported with light flourishes of guitar and then subsequent subtle hit of bottomless bass and drum. “I don’t deserve this/I know that I’m worth it, I want to prove to you” are lines emotionally impassioned.

He chops up the track title into syllables repeated over and over, more hypnotizing than before. The aforementioned guitar really breaks out, lead lines rocking with much fervour.

The “Things I’d Do For U” is more earnest, percussion clicking like water dripping from a tap. Is this a well of emotion? Things seem to drop totally, though only briefly. A refrain features only vocal and a light, fuzzy melody playing behind. “If we never wake up, maybe we can take it slow/If we never wake up, we can fly away” sees the track out to its delicate guitar end.

“Don’t Need U” opens with searching, ponderous guitar, adjoined suitably with lines like, “I never cared/Something’s holding me back, it’s in the back of my head”. Moody claps herald the start of the track proper. Emphatic hits of drum indicate dynamics whereby everything comes to a stop start end before resuming. Like pausing for thought.

Thick rock guitar chords then add a certain graveness to proceedings. Again, the dynamics of dropping out completely resurface. Silence is golden, less is more. Lead rock guitar, wild and untamed, weaves a power of emotion before returning to its slightly more sedate form seen in the track’s introduction.

Then it builds its passion, urgent, rocky and maybe a tad funky. The way the various guitar styles are layered over eachother is both curious and appealing.

He then details “Everythin’ On My Mind”. It’s almost depressed, though an undercurrent of passion is evident. A burning cauldron, still waters run deep. “Everythin’, is that a sin?/Surely shed my skin” seems to indicate a period of transformation, perhaps brought about by multiple worries and, in some sense, coming of age.

Vocal harmony, delicate and precious then gives way to another thick, wailing moment of rocking guitar. Soon things go back to sedate. The way dynamics are seamlessly transitioning from light to heavy, and back to light, is expertly done.

Closing track, “Rest In Paradise”, mixes urgent guitar with sparse, moody and brooding drums. The latter rattle and clap, locking you into the swing of things. The chorus is thick and emotional, like the suffocating feel of love too extreme. Clicking underpins vocals echoing and cavernous. Is this to convey the deep recesses of the heart?

The strength of this project is best stated with the one track that’s perhaps very good, rather than excellent. That’s title track, “Rest In Paradise”. Even then, the only minor quibble is that, lyrically, it perhaps isn’t as memorable as the rest. On the other hand, the instrumentation is of a more epic scale, bolder and bigger. After all, what’s wrong with letting the music do the talking?

Astronomyy seems to have a formula, one with expert dynamics that rarely sounds tired. Light and pop, heavy and rock, then back, again. Songs are finely crafted to the point they are maybe birthed from the mind of a perfectionist. Indeed, the project is only a smidgeon away from flawless. Astronomyy’s Rest In Paradise EP can be purchased on iTunes, here. 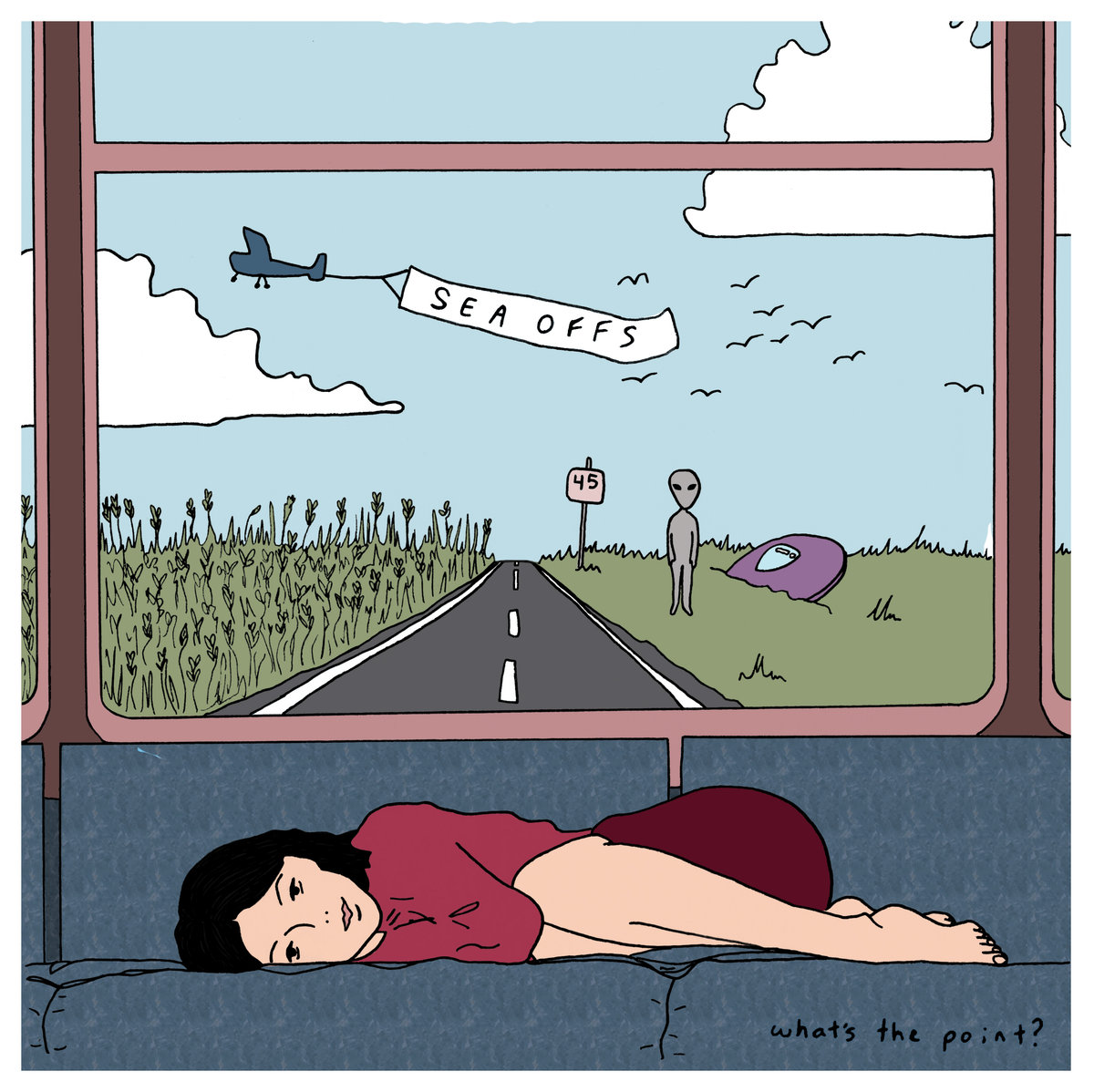