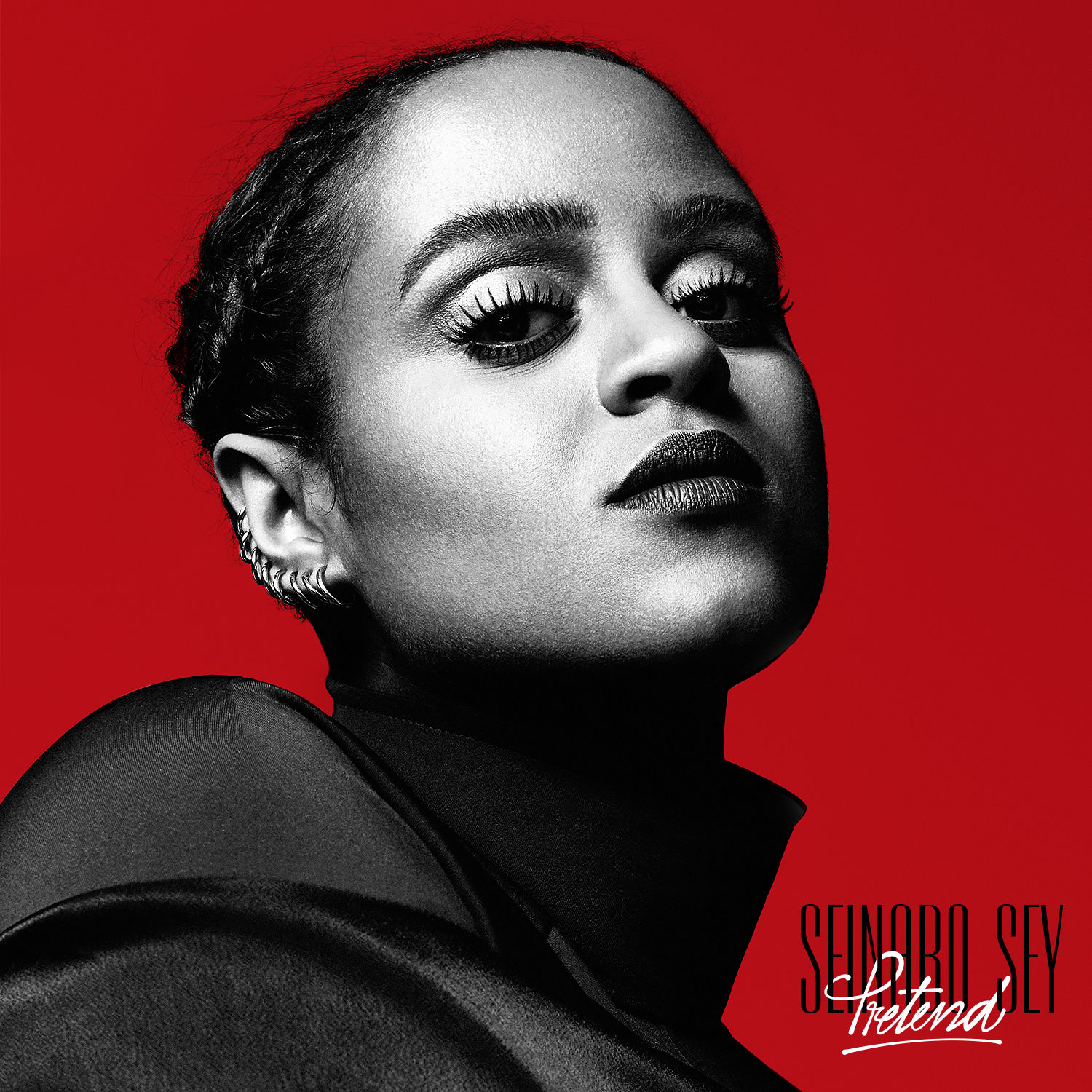 “3 days to go…“, “2 days to go…“, “1 day to go…“, when a musician anticipates the release of their debut album with a daily countdown via social media radiating the impatient eagerness of an advent-calendar-opening child, you know that this is a moment they’ve been waiting for a long time. In fact the nasty habit of procrastination and refusing to rest on laurels is a theme that flows through the inaugural record Pretend from the grateful and relieved Seinabo Sey.

“You ain’t getting any younger” self-criticizes the Gambian-Swede on her breakthrough blogosphere hit “Younger“, a song that according to her Facebook page is about “not writing enough songs”. Whilst on the album title track, Sey is cautious about the flakiness of success expressing this through the superstitious phrase “knock on wood”. The 25-year-old stockholmare’s fidgety anxiousness is even more understandable when you also consider that her half-sister Fatima beat her to the punch last year with her album Yellow Memories. Although her late father Maudo Sey was the head of the musical family and was inspirational in the Gambian music community.

Even though there is a lack of transparent African influences with the arrangement of Seinabo’s sound, Maudo lives on through the style and context of Seinabo’s lyrics. Contextually, Seinabo’s expresses her devotion to family by naming her predecessor EPs after her parents (For Maudo and For Madeleine – a consistently supportive presence in her life) and elements of an eulogy to her dad on “Burial“. “When I miss you I hear you speak to me” and “they speak of a better place” are archetypal reflections of hers due to their balance of gloom in the darkness and hope in the light.

Stylistically, much of the album acts as a torch, borrowing her father’s gift for guidance and dedicated motivation. Seinabo’s paraphrased use of maxims, idioms and phrases such as “he who stands for nothing, falls alone” (“Ruin“), “reap the seeds I sow” (“Sorry“) further demonstrate this hereditary trait. Despite her enthusiasm for a successful career which is clearly evident and her passionate ambition mirrors her fathers – Maudo additionally starred in the Von Trier film Mandalay – she is tormented by a counterproductive devil of communism.

The Law of Jante is a Swedish mantra of ten commandments that frowns upon superiority, self-importance and to some extent individuality, “You can’t change a thing, sooner you know that is better for all of us” (from her song “Who“) references those values of modesty that threaten to brainwash Seinabo.

The magnetic aggression of Seinabo Sey’s deep voice and the stamping force of the drums act like a symbolic brick hammers breaking down those concrete barriers, whilst also providing a role model for younger African-descent women in Sweden (following on from Asha Ali, Mapei, Naomi Pilgrim). Produced by successful hit-maker and fellow Swede Magnus Lidehäll, it has sparkling accessibility in abundance and is wrapped in radio-friendly counts and one word titles, making you wonder what a left-field collaborator could have bought to the table.

Lidehall also unnecessarily filters Seinabo’s vocals with vocoders (“Younger“, “You“) to seemingly mark his artistic signature, although the former points to Seinabo’s unique demo technique of recording memos on her iPhone. Nonetheless, M.I.A-ish gunshots on “Pistols At Dawn“, the rapid piano in the key of Daft Punk’s Aerodynamic on “River” and the infectious passion of Andreya Triana, show great potential, if a lack of distinctive character.

Overall, her soulful R&B centre-stage vocals paired with an orchestral pop frame (lush balladry strings swerve around) will makes it easy for Sey to fill the currently absent space of Emeli Sande in the overseas market. For fans of hands-in-the-air anthems with the gospel choir of R Kelly’s “Gotham City”. If she further utilizes the close-knit network of Stockholm, vocal collaborations might be a real possibility. Another exciting thing for Seinabo Sey to look forward to.