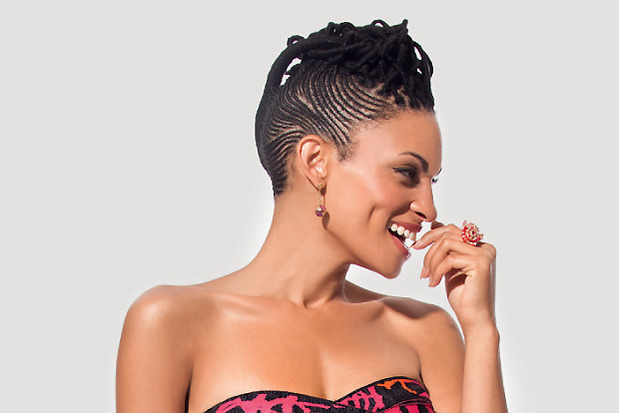 It has een a while since the amazing R&B/Soul singer-songwriter Goapele released some new music, so I am extremely hyped to tell you that she has released a new single entitled “Hey Boy”, and trust me when I tell you it is an absolute banger and is perfect for summer, and for keeping you on that dance floor. This new track was actually co-written by Estelle, the single was produced by Keith Harris and is all about Goapele’s new found love.

The song is the first single from Goapele’s fifth studio album Strong As Glass which follows her 2011 album Break Of Dawn, and will take you on musical journey and shock you full of surprises as “Hey Boy” is a slight change for Goapele and accentuates her growth as an artist, but also showcases her fun and experimental side. In her own words, “I wanted to do my version of an up-tempo song this time around — something fun to perform and dance to“. Speaking further about her forthcoming album, “it’s full of surprises and I hope my fans will enjoy this musical journey with me, I sung my heart out on this project and I got to work with producers & writers that pushed me as an artist“.

Throughout the track, this lady absolutely sings her heart out, and is utterly beautiful to hear, and if that is the message for the whole album then we really are in for an absolute cracker of a record, which lets face it, we would be silly for expecting anything less! When you listen to this track, you are hit with an explosion of festival vibes with its up-tempo, bouncy sound and the single has arrived in our laps just in time for summer, so get your headphones in or turn your speakers up and prepare yourself for a genuine summer romance.