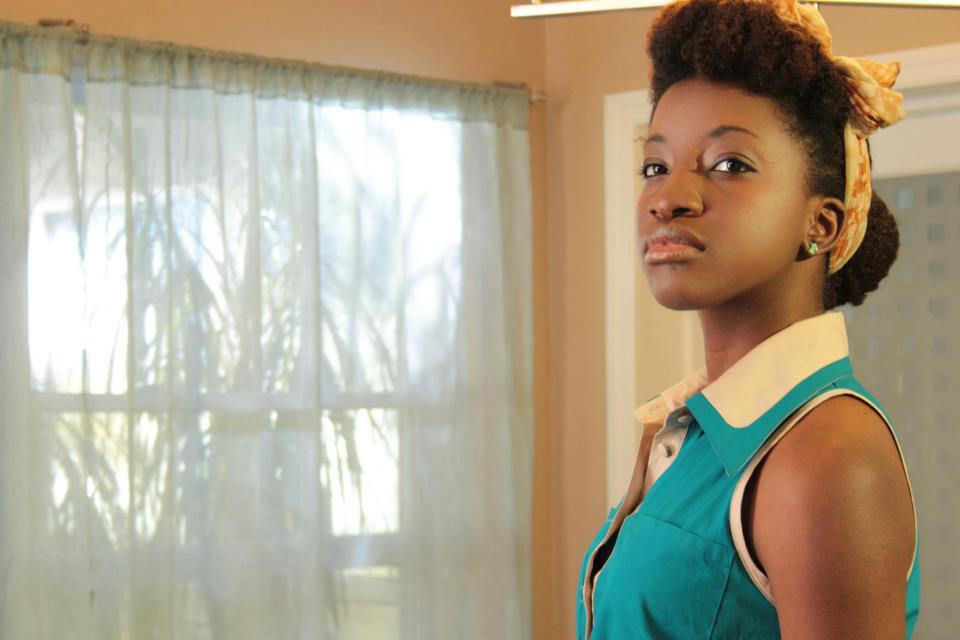 She is a thrilling and captivating spectacle to watch on her Youtube channel videos; Why? Maybe it’s her voice, her way with her guitar, her beauty, her dark chocoloate skin or her ‘girl next door’ aura? Maybe, just maybe. Starting off with well thought out home-made videos, this wildly organic and undiscovered talent is gradually evolving like a blossoming flower. Home-made videos and covers are now metamorphosizing into original compositions and professionally produced music videos. We plug to you natural haired, curly fro sister, bright and sparkly pearly whites, beautiful smile, swift and adept on her acoustic guitar, self confessed part-time hippie, perfectionist and loud talker (although she does not look anything like it); soulful and sweet, alternative Soul singer/songwriter, ADAKU.

Originally from Rivers State, Nigeria, now based in Maryland, USA and a trained Electrical Engineer, Adaku has always been a musical person. She always loved to sing and was always surrounded by music and then she picked up the guitar and there was no going back. She started performing and recording a lot of covers including some of popular songs such as Bruno Mars’ “Grenade”, Adele’s “Someone Like You” and Nneka’s “Heartbeat” among others, garnering over 100,000 views on the popular video platform – YouTube. She went on to be featured on YouTube’s home page as Fresh Face of the Month in June of last year which meant a full day’s feature on YouTube’s music homepage – a very big deal indeed. The attention further pushed her inspiration to take it a step further to write and produce more original compositions.

To describe Adaku’s sound, you should think organic Soul and Jazz, soulful Pop like Adele, Norah Jones, Natasha Bedingfield and Corinne Bailey Rae – a delicious, light, slightly lazy and sunny but refreshing sound. On her inspiration and musical influences, she says her favorites are always seasonal and usually a long list including Bruno Mars, Bez, M.I, Nneka and recently added, Gotye to mention a few.

In 2012, Adaku released two very well received singles titled “Or You Can” and “Silent Treatment” and she is currently working on completing her debut album. She recently shared with us, a short rough draft/demo of one of the new songs we should be expecting from her titled “Never Stopped Loving You” and Adaku says of the upcoming album:

“I feel so blessed to finally put down all those words dancing in my head to rhythm and melody. I am now working with people who believe and are invested in this project as much as I am. We are  releasing something fresh, quality and hopefully a timeless album. I think it will be very clear from the album my range in musical taste. We have been doing a lot of tinkering and experimenting with sounds, just generally pushing the limit of what is comfortable for us. I also like that my background musically and that of the producers come from different times. What we do have in common is a good ear for good music if I may say so myself. Hopefully that old school flavor that the producers bring and my new schoolness will create something beautiful”

“Or You Can” is a beautifully written and delivered song by Adaku. It is evident it was a deliberately written piece from the depth and experience of the heart. “Or You Can” is a song about being there for a friend, a lover or a loved one who needs a shoulder to lean on and most importantly a “big ass fro” to lay on. The oxymoron of such an innocently looking feminine sweetness singing about her ‘bigass’ fro adds to the enthralling attraction of the song. I particularly love the groove of the music, a progressive melody and the sweetness of her vocals riding on rocky guitar licks, particularly evident in the intro leading to a beat change in the chorus and back to a striking solo rock guitar somewhere in the middle. Exquisite arrangement.

She released a fabulous retro-inspired and vintage-scened music video for “Or You Can” in January. Directed by Olajide Ajala and shot in Orlando, Florida, this video speaks of the stylings that Adaku is made of. The pictures are appealing and beautifully clear. She says of the video,

“It appealed to me a lot especially because I was a big fan of the show “Mad Men” at the time and I so much love the finesse of the 60’s era style. We wanted it to be right and believable so there was a lot of planning. Every thing came together nicely. We had major support from some full sail university students and faculty. It was a crazy day. Shot the whole thing back to back. Got no sleep. Flew back into DC and went straight to work like nothing happened”.

Talk about the life of a passionate indie artist. Enjoy the video below:

“Silent Treatment”, Adaku’s second original song, was released in September of 2012. Compared to “Or You Can”, this one is a little laid back and more melancholic. It is a mature, storytelling acoustic song with a more sombre tone. Adaku’s soft vocals are soulful, yet almost sad, driven by soft piano and deliberately picked keys. “Silent Treatment” tells the painful tale of a relationship in jeopardy, expressing the emotional reaction of a woman to a man’s “silent treatment”. The structural and melodic nature of the song may not attract a wider audience but it sure does meet the needs of those who connect to it. Again, her songwriting skills are highly commendable on this one. Take a listen.

Adaku’s musical future is bright. She wants her music to stay in the hearts of every ear that hears. Timeless music – and it is looking like a good start for her already. Two of her Youtube covers that are 100% worth checking out are her rendition of Adele’s “Someone Like You” and Nneka’s “Heartbeat”. Her fan base continues to grow, slowly but surely. She is definitely an artist to watch in 2013… 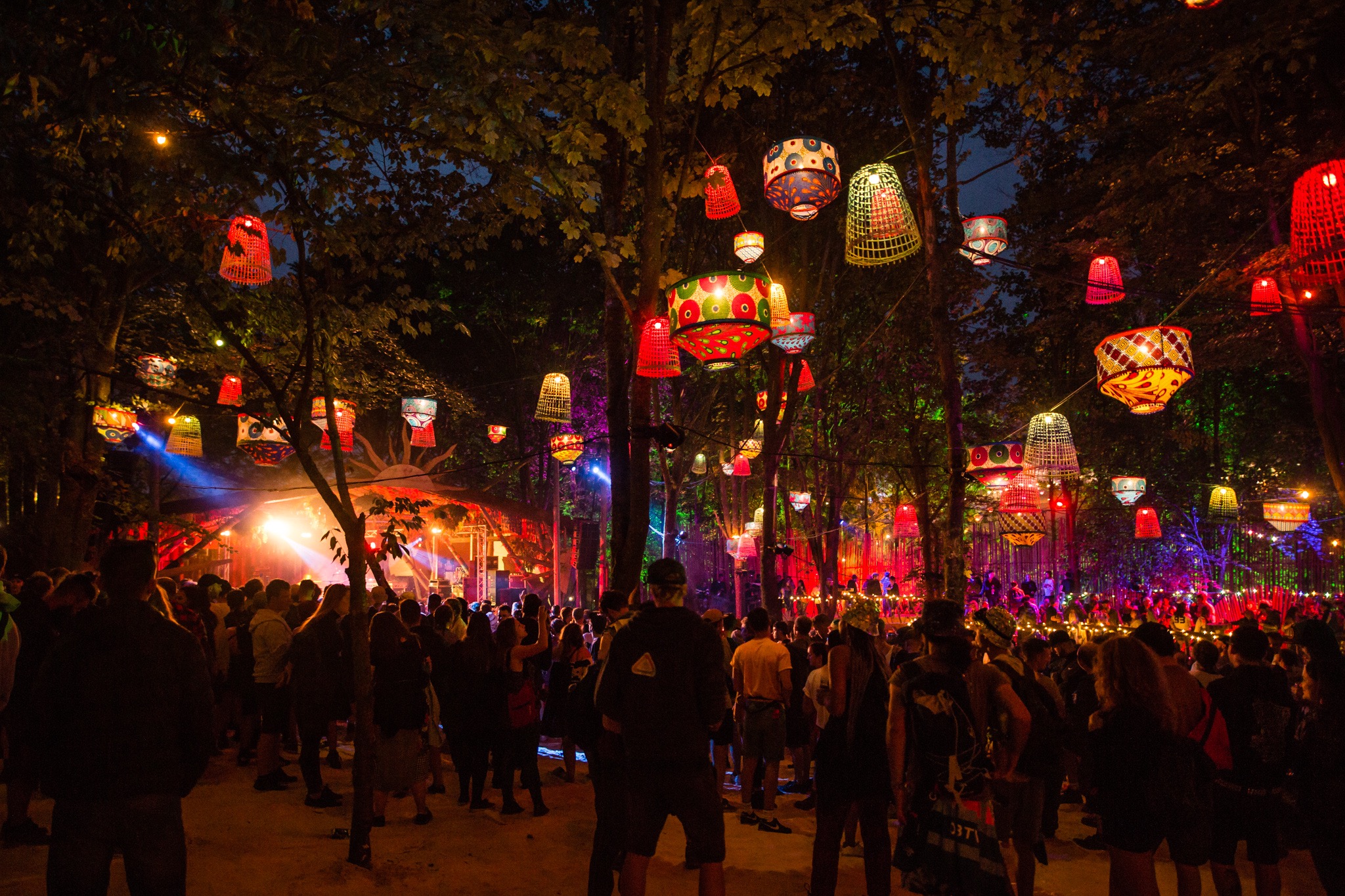 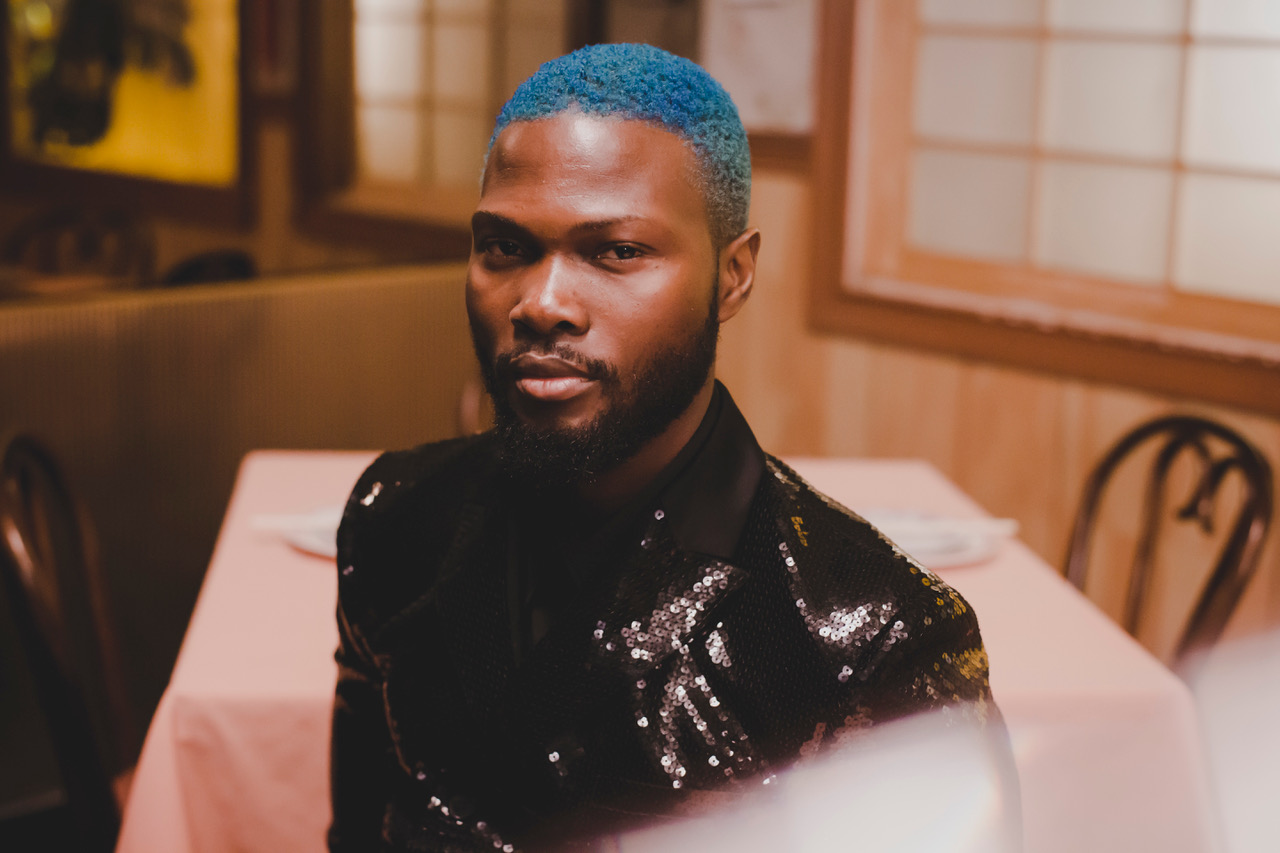 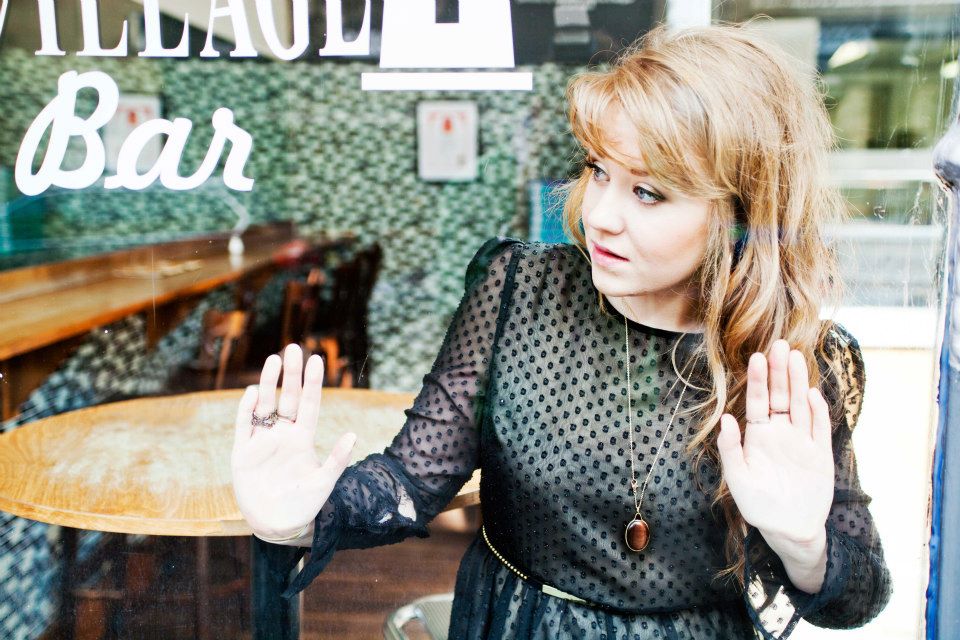