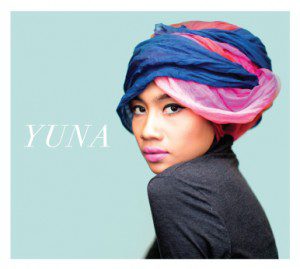 The beautiful YUNA has finally released her self-titled US debut album! First off all, I have to apologise for having slept on this album for quite a bit. I received this album a good week and a half ago but only listened to it about four days ago and no lie, it has been all I’ve listened to since then. The 25-year old Malaysian singer, songwriter and musician came on our radar last year with her US-released Decorate EP after signing to the FADER label. She quickly caught the attention of critics and fans alike across a wide spectrum with her beautiful music and heart felt lyrics.

Yunalis Zarai aka Yuna picked up a guitar and started writing at the age of 19 while in law school. She later went on to win a bevy of Malaysian music awards like the Malaysian Music Industry Awards, Champion Of Songs Awards andMost Popular Artist Awards after releasing her self-titled EP which featured the hugely successful single “Deeper Conversation”. That was one of the first songs I heard from Yuna and I have to say, it was a breath of fresh air, simply beautiful! Yes, I realize that I keep using the word beautiful but its hard to call it anything else or perhaps, my ability to use words to paint a picture are seriously failing me right now!
Talking about the texture of her voice, it’s not the most amazing voice you’ve heard but somehow it’s like the most perfect voice you’ve ever heard if that makes sense. I’m going to go over the ledge a bit here and say it sounds like the wind singing to you. A voice so soft and easy to listen to that it literally makes you stop whatever you’re doing and really just connect with what it is, those vocals are saying. She sounds like a slightly more awake version of Corrine Bailey Rae although not as rough though – a bit smoother round the edges, more refined almost.
It’s funny because as I was doing a little bit of research on her background and I’ve hardly seen anyone talk about just her voice – it’s almost like you wouldn’t separate her voice from the music. The first EP I heard from her was hugely acoustic and I remember how (stand) still everything went the minute “Deeper Conversation” came on! It’s almost like her vocals are coming from far away but right here at the same time, like magic really! OK enough of my poor attempts at describing her voice, let’s just get stuck into the music!
“Fading Flower” is the first song I heard off of the Yuna album and I played it three times before moving on to the rest of the album. If I had to describe Yuna’s sound I’d say it was a great mix of pop, folk and alternative, everything in fantastic portions to create a really good blend of music. The first thing this song makes you do is move your head and snap your fingers to the rhythm of the guitar and the drums, trust me, it’s involuntary! And though the song has already got you moving, you still can’t make your mind up on whether you’re really mad about it but then the chorus comes in and sweeps away any doubts you might have had! This a brilliant song for a ‘I’m going to pretend I’m in a music video and use my hairbrush as a microphone while in my PJs’ kinda moment and what’s more, the lyrics are so good and uplifting! It’s about seeing an oppression, be it a person or thing, for who/what it really is and deciding not to let it get you down anymore. It is an amazing song and my favourite from the album, have a listen below.

The Andre Harris-produced “Stay” is another brilliant song on Yuna which is both well written with meaningful lyrics and sonically excellent to match. Over bass guitars, commanding drums and an atmospheric backing harmonies, Yuna sounds just like Corrine Bailey Rae on this but her voice does has a rougher texture than usual which gives “Stay” an edgier outcome and the way her voice effortlessly moves in and out of those soft soprano notes just really does it for me. Lyrically, the song speaks about laying down the rules for your partner and letting them know that you will leave if things in the relationship don’t change. What I love most about the way the song is written is that there isn’t a malicious or bitter undertone to what she sings. It’s a very calm and controlled delivery despite the content of the message. You don’t always have to scream and lose your marbles to get a serious message heard and she shows us this in the song.


I cannot do this review without plugging this next song, I just cannot! “Decorate” is a sweet, touching and excellently written song about wanting someone to come back to you even though you know they’re no good for you and probably won’t be coming back. Produced by Chris Blade and laced with slow building acoustic guitar, lush percussion drums and a fitting string arrangement, this is a huge contrast to “Stay” where she was singing about making a decision to leave a relationship. I guess its different when you’re on the other side and the one being left. It’s great to see her vulnerable side and it’s even easier to relate to what she sings about here – not being able to let go and truly move on. “I decorate my house with things you love just in case you show up…”


And the last song I will be plugging to you is “Live Your Life”. This masterpiece of a song was produced by none other than N.E.R.D’s Pharell Williams and it is absolutely candy for the soul! Such an upbeat and uplifting sound, the arrangement of the song is genius with every sound looping into another and never leaving a dull moment in the song. The melody isn’t as simple as on some of her other songs but it is just as easy to listen to and enjoy. Again, the lyrics in this song cannot be faulted, simple but hits home! Have a listen!


Yuna is definitely an artist that understands and knows how to use music in a way that showcases her best talents. Apart from her well written lyrics and infectious melodies, it is easy to recognise her genuine love for music and simplicity. She is a definitely a welcome change in a time where we really have to keep on asking ourselves if what we hear can still be called music. Her calm and demure nature is reflected in her music and it really gives the album an overall personal touch with just enough variety to keep you interested but not enough to throw off the general flow of it all. I look forward to her next album already but till then in the words of Yuna, “find your light, don’t hide from who you are and rise before you fall and hope for something more“. 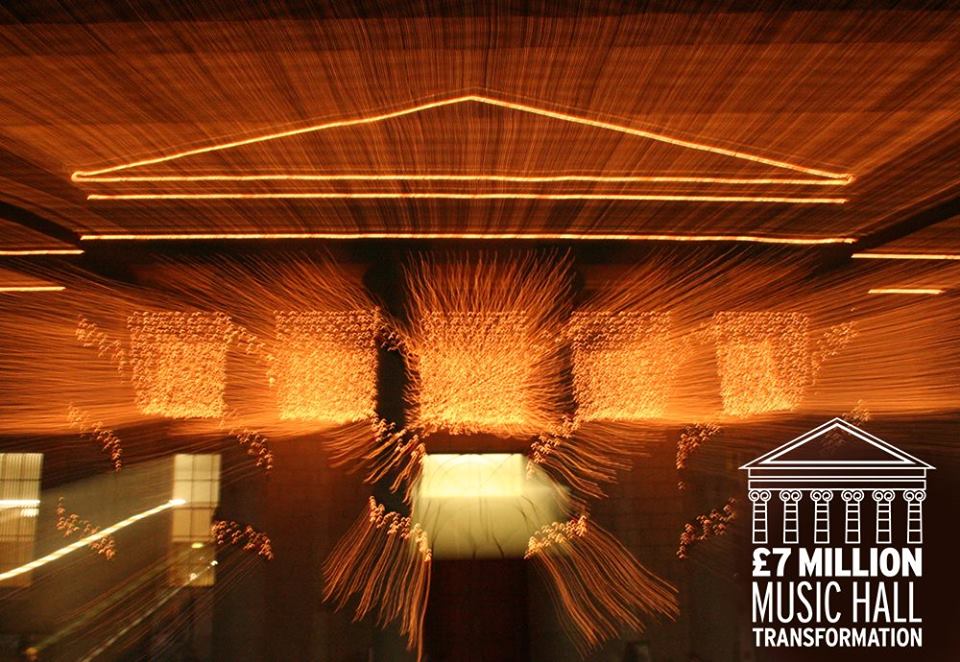 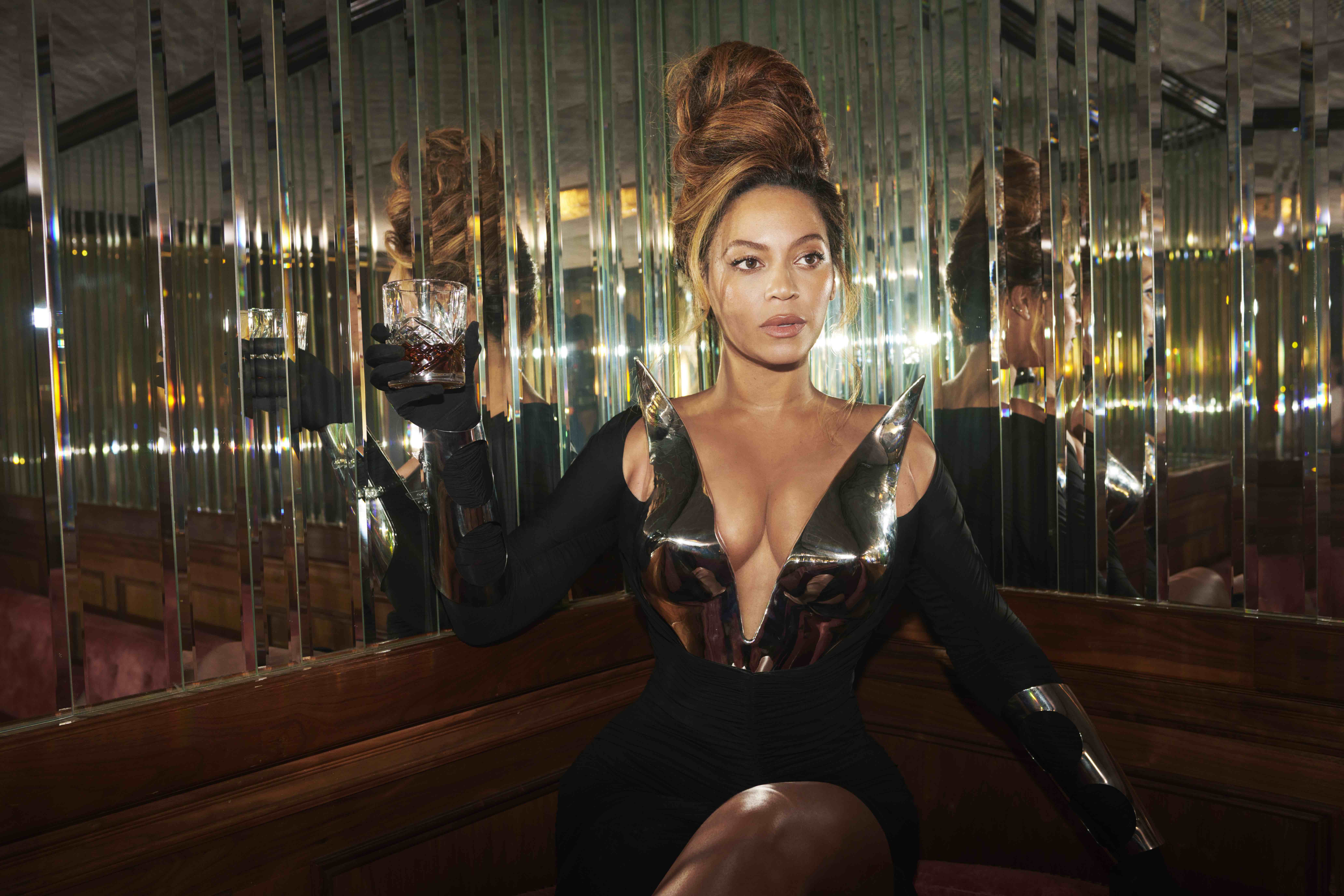