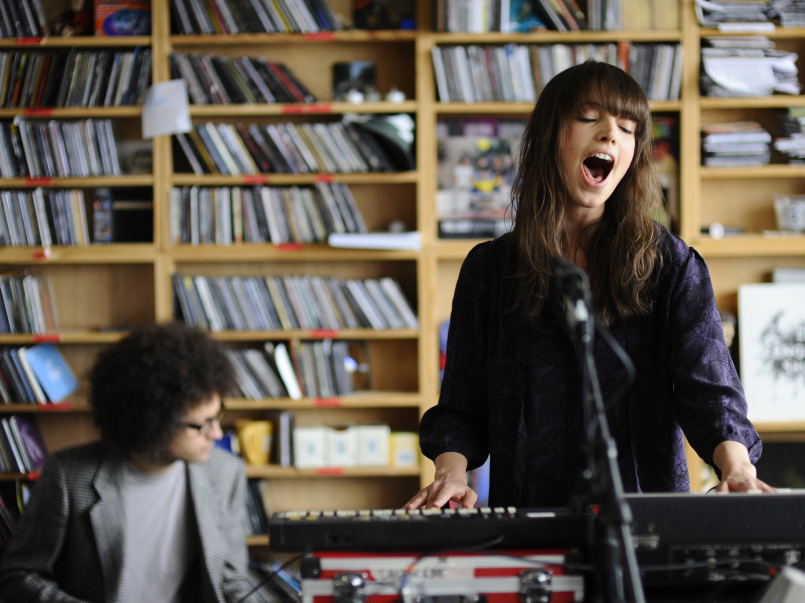 Danish musician Katrine Ottosen – who performs as CALLmeKAT – has just released her latest EP Hidden Waters. Like her previous two LPs Fall Down and Where The River Turns Black, it never ceases to surprise and she rejoins with producer Joe Magistro (Prophet Omega) for her first UK release. Ottosen talks with us about her instrumental hunting, music video restraints, her production process, her childhood, her cinematic influences and why her lyrics are in English.

You released your new EP Hidden Waters last week. It’s sophisticated and classy and still maintains your love for nostalgia but interestingly it has a gospel flavour to it as oppose to your more D-I-Y Electronica from your early career. What made you decide to change your style and how have you progressed as a musician?

Ha! Gospel! I never thought of it that way – but maybe! The main part of the music is definitely about very intense moments in life. Life and death stuff. Maybe that’s what you hear? I’m not religious. I’m almost religiously non-religious. I don’t ever really ‘decide’ to change my style. Being a writer and performer I try to follow the thread of sounds I imagine. You know, 7 years ago it probably sounded something along the lines of ‘I’m In A Polaroid – Where Are You?’ and, taking in consideration the production time, a while ago it sounded like ‘Hidden Waters’. Now it sounds different again, I always have new ideas and sounds that I pursue. Sometimes elements or specific sounds repeat themselves but in a new context. Sometimes not. That’s just how it is. Also of course collaborations matter.

Where was it recorded and why? Did Joe Magistro help this time?

Yes. In Upstate NY. We recorded for three days. It was a blast. Joe and I did all the recordings together and our engineer, Chris Bittner was there with us and even sang a little on the songs too. It’s a really organic process. Afterwards my dear and close collaborator Daniel Fridell recorded some extra organs and synth in his home in Malmø. He adds that extra totally free spirited synth-wiz element that I just love him for.

On your previous album you had Erika Spring from Au Revoir Simone and Helgi Jonsson from Sigur Ros providing a helping hand. Have there been any famous names collaborating with you on the new EP?

Joe and I basically made that album with Sara Lee (Gang Of Four, The B-52’s) playing bass on a bunch of songs and then I invited a couple of friends to join in, for specific things. The people that were so kind to guest my Where The River Turns Black album are all friends of mine. I know how they sound and play and for some reason I heard in some the songs some different friends playing on them – and I was lucky that they had the time to contribute to that album.

Who designed your EP cover?

This amazing, Danish artist Naja Conrad-Hansen. She’s truly incredible, a dear friend and one of the funniest people I know! 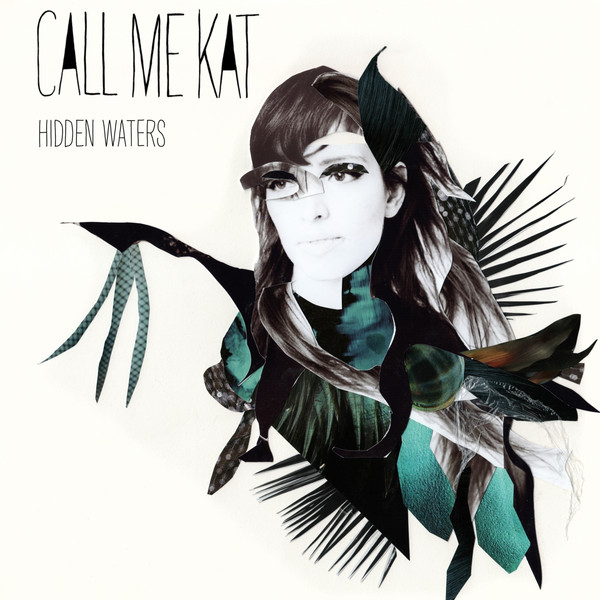 Will there be a LP to follow Hidden Waters and is there any plan for a magical new music video like The Cure-esque “The Sea”?

Yes. But it will be its own unit. And there might be another EP before the next full-length. Deciding about that very soon. The video for ‘My Sea’ is actually 8 years old this year! Danny Kelley did an amazing job on that! The latest video is the totally improv’ed video for ‘Rolling’ (off Hidden Waters) that we did in the courtyard of a hotel in San Francisco, when I was on tour with Au Revoir Simone. Heidi Petty and Eugene Cheung were going to make a little live video, but we ended up with this gone-rogue music video where even the receptionists are dancing and stuff. It was such a blast. I think it will be a while before I can afford a video like ‘My Sea’ again.

There’s an experimental nature to your work. What new instruments, software or musical toys have you been playing with recently?

I’m always experimenting with stuff. Being it in my mind or on the instruments playing around with different combinations of what I have. And I am always dreaming of new (old) keyboards and effect pedals. I always do this dreamy window shopping on Ebay and track instruments that I love. Anyway! Through the 2014 summer tour, playing in Joe’s band Prophet Omega, I’ve been soaked deeper into the beautiful world of the Hammond organ. What a trip. I used it earlier but never so many shows in a row. I could experiment with that mysterious instrument forever. Unfortunately I don’t have one myself. One day!

Your music feels like it points to the past, what new music is currently exciting you at the moment?

I get excited when people play real instruments and play together! I don’t really care about the genre, but when I see people playing together in the moment and mastering an expression together, I really get a kick out of it.

You’ve probably been asked this a million times but what it your opinion on Danish music at the moment? Is it getting much more exposure with acts like MO and Asteroid Galaxy Tour. Has Emmelie De Forest and Denmark winning Eurovision helped a bit?

Why did you choose to make music only in English and not Danish? Can we expect a Danish album in the works?

I didn’t choose really. It was just how I started writing naturally at some point. I guess I always liked the tone of the English phrasing, the sound of the words. The fluidity. Growing up, my mom always had a lot of English books sitting around and I was a really enthusiastic reader. So it was sort of natural to me.

What Danish acts or friends would you recommend to us?

It’s not Danish but I would recommend you to check out the new Prophet Omega album ‘Going Out To Slab City’ that I truly love. Also I like the band Diane Coffee (one of the guys from Foxygen), whom I stumbled on last year at SXSW by accident.

Were you very musical as a child? Did you have musical parents and what did you want to be when you grew up?

I wanted to play the piano. And so I did. I played the classical piano, but behind the scenes, I cheated and made up my own little songs. Ha. I think I wanted to be a doctor at one point. I had this child-like idea about how I could help saving people’s lives. But then I started playing music in a more serious way and then that just ruled out anything else, it just took me in and even if I sometimes get scared about the finances and all that and try to make an escape plan from music (just to have in my mind) nothing is as everything to me as this is. You know, it’s like you feel you’re from another planet, but when you play music you’re in your natural habitat. And that’s pretty hard to beat!

Apart from music, what else fascinates you?

Well. A lot. As in nature, the universe and the vastness of outer space, planets, movies, seasons, animals, paintings, collages, architecture, rivers, clouds, books, that sort of stuff. Also, I really love doing yoga. It connects all those other elements into something else.

I also feel like your music has some cinematic influence, what one movie has inspired your music the most?

I’m really into movies. Especially bleaker themes such as the ones treated by Bergman and Tarkovsky. The imagery is just like a perfect escape from reality into reality or something like that. To me that is pure art and really touches my soul. But I love funny s**t  too! Basically there is not just one movie that has inspired my music. But I love watching both movies and documentaries. Also some TV series here and there. It hasn’t been much lately, but sometimes I binge watch all kinds of stuff.

How successful have you been the UK so far? What are your highlights? Where have you toured in the UK and who with?

I haven’t really worked a lot in the UK actually. I think Hidden Waters might be my first release in the UK. I’ve played a couple of shows in London years ago. One with my friends from Au Revoir Simone in a church. That was so lovely. I really like the UK a lot.

How have you planned your music career? Do you like to plan your career long in advance or do you prefer to more spontaneous and take small steps and see where it takes you?

Well, I would ideally like to plan long in advance and me and my team try to do that, but as it happens some twist or turn usually appear and we do everything with very limited funds so I’ve become better at planning but at the same time to just also see what opportunities happens, with those set goals in mind, though.

CALLmeKAT’s new EP Hidden Waters is out now via Pixiebooth, purchase it here. 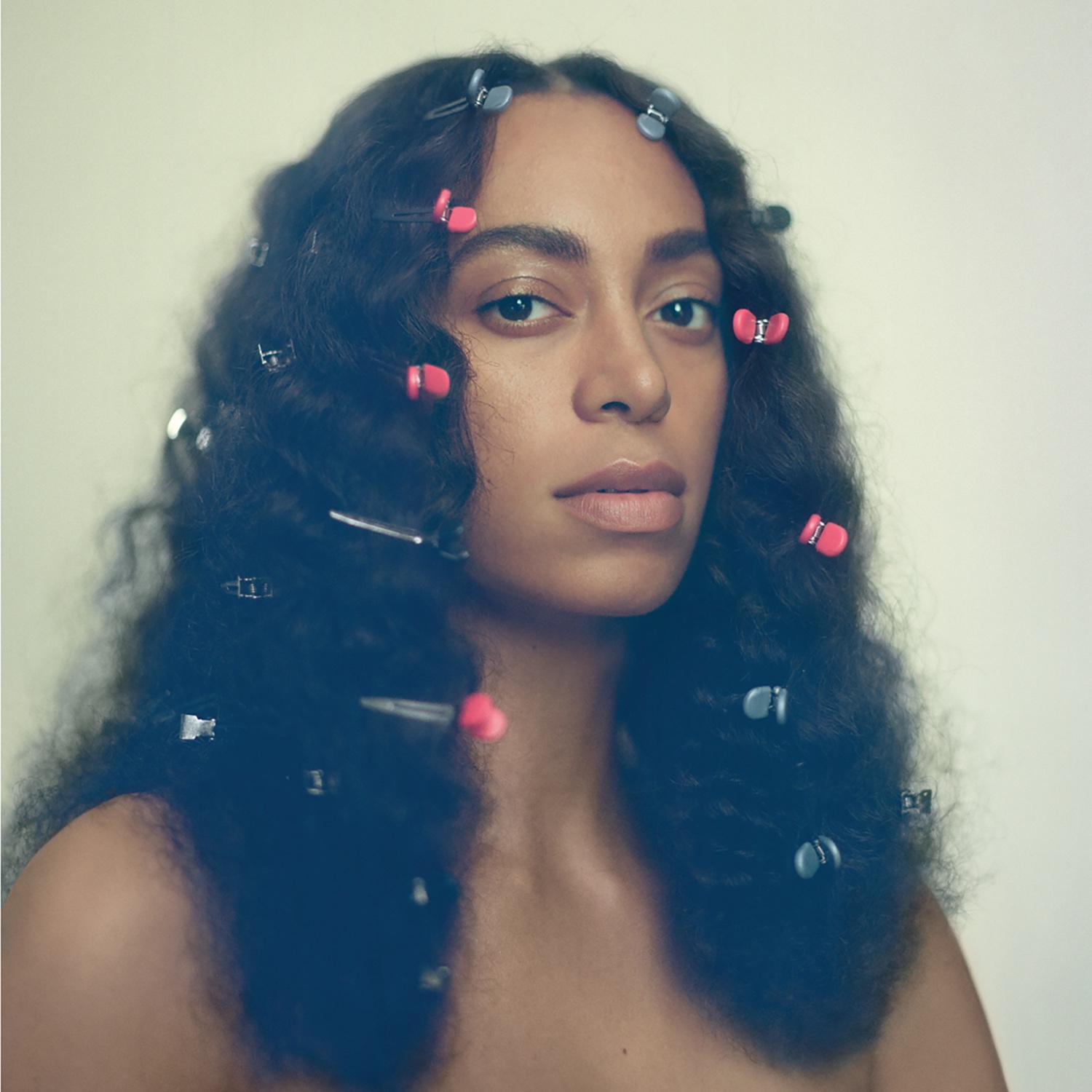 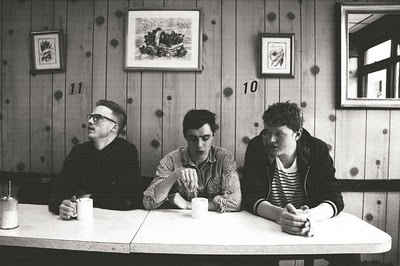 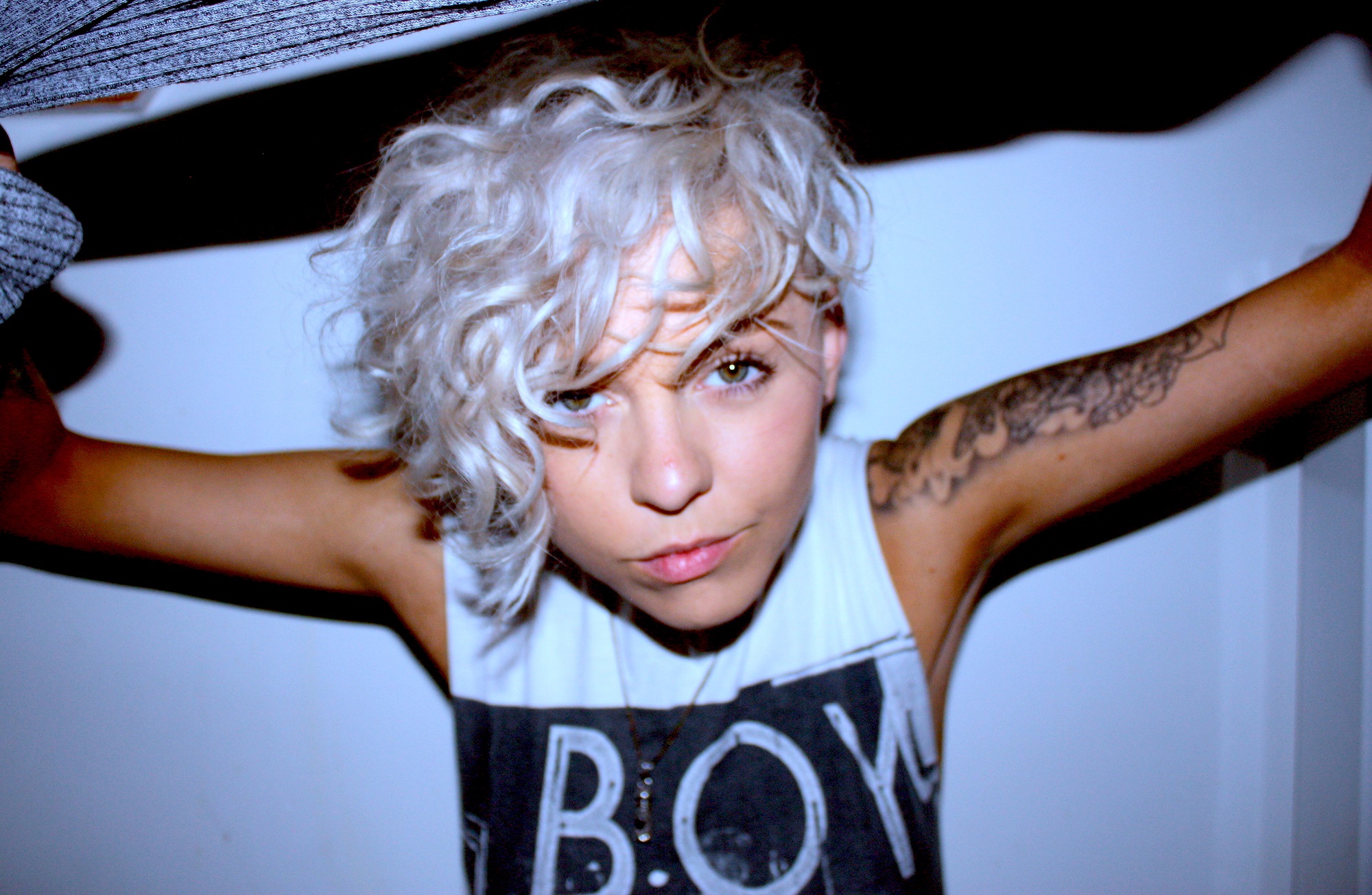