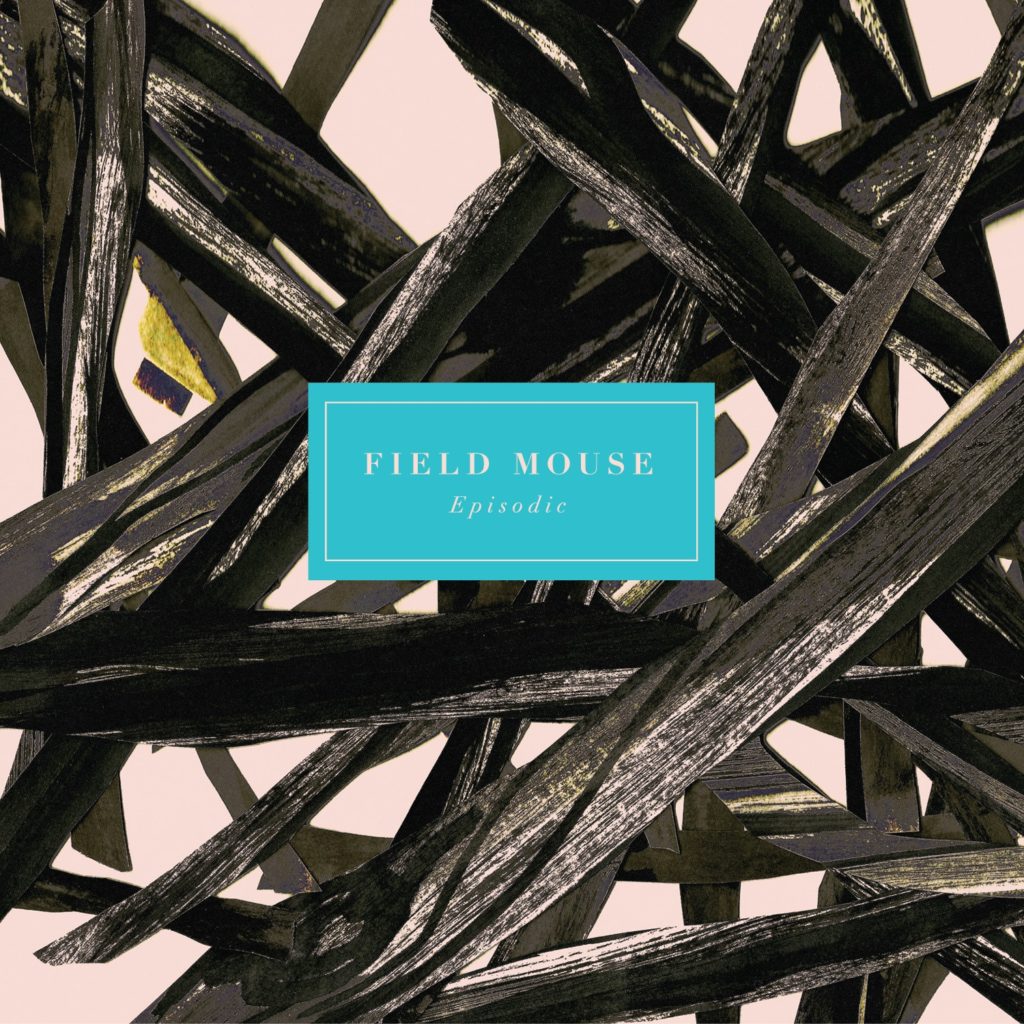 Field Mouse are an American band from Philadelphia, Pennsylvania and Brooklyn, New York. They comprise of Rachel Browne, on vocals and guitar; Andrew Futral, on guitar; Saysha Heinzman, on bass; Tim McCoy, on drums; and Rachel’s sister, Zoë Browne, on synthesiser and guitar.

The band began in 2010 with the release of their first full-length album, titled You Are Here. In 2012 was a two-song EP, titled You Guys Are Gonna Wake Up My Mom. Later that year they released a seven inch, titled How Do You Know. Come 2013, they self-released an EP, titled Tour EP.

The following year, they had signed to Topshelf Records, with plans to release another album, and three months later, came their second full-length album, titled Hold Still Life. Now, Friday, August 5, and still on the same label, they release third album, titled Episodic.

At the start you’re greeted with “The Mirror”, which begins with immediacy and ramrod headlong into strum infused rock. The female vocals, very dainty, are set amidst sometimes delicate though, largely, rough riffs. The song has great energy, the drummer, for instance, putting in a powerhouse performance.

Then there’s “Half-Life”. Again, the word, delicate. Things ring out and generally are moody. They are stripped back enough to let the bass groove and drive the song. After that, though, there’s little let up when the refrain heralds heavier moments. Harmonics complement the fragile vocals, like water vibrating in a glass struck by a tuning fork.

Restrained “Accessory”, is a tad humdrum and melancholy. The vocals get busy, words coming forth from the mouth without let up. The intermittent strums stab like very un-Jamaican reggae. This song then goes full force, especially when one anticipates what is the middle section. The closing moments have beautiful, distorted wailing guitar, before the aforementioned stabs of guitar pick up the pace.

Following track, “The Order Of Things”, seems more upbeat and driving. The lyrics are ponderous, evoking summer and picking petals; wondering if they love or love you not. The dynamics are intense, the rhythmic performance expert and engaging. A refrain of drums and bass proving this so. It’s a tad triumphant, and very satisfying.

“A Widow With A Terrible Secret” is downbeat in comparison to the previous, but melodically beautiful and melancholy. The stop start riffing heralds driving guitar, like a song you’d expect from Placebo. Midway is greeted with a soundscape sedate and calm, somewhere to gather your thoughts. Guitar and drum are isolated before the rest of the band weigh in, the onslaught of noise building like the swell of emotion in the insecure and ineloquent.

The searching “Beacon” opens with bass not too far off in akin to a tree trunk. The lyrics “am I the only one left behind?” like needing, indeed, a beacon to find your way home. The sound, therefore, sounds suitably desolate and weeping in tandem with driving rhythms of sadness. Her lush voice sees out the closing moments of the track, a false dawn coming before ending for real.

With “Over And Out” there’s melodic guitar melody with driving, strummed chords. The layered effect is as such that you appreciate the ensemble performance. The bass in this one trudges, striving as the melody of the guitar reaches heights it can’t reach. This talks of putting someone “under grass”, indeed suggesting this perhaps deals with feet on the ground, life and, six feet under, death.

“Do You Believe Me Now” has an immediacy that’s both melancholy and manic. The urgency washes over the listener, those military precision drum rolls like an attack on the senses. Drums and bass fill out the closing moments, before the drums build up to herald the remaining’s introduction.

The happiness and triumph of “Never Would Have Known” has guitar melody wailing out cries of victory. The complete band performance is one, as such, that combines moody ambience and driving forward. A real atmosphere. The middle section builds and builds, picking up the pace, those drums really working on the toms for a soundscape to develop. The flourishes of guitar, in tandem with those drums, really feel life affirming.

At the end you’re greeted with “Out Of Context”, which has intense melody, like a warm energy coming forth and bubbling from under the water. The true and virtuous rising through the water, never mind what the depths and pressure. Rolls of drum dive in and out of it, before crushing guitar dive bombs and crashes. It then slows right down, almost doomy, before bludgeoning to an eventual death.

The album’s a slow burner, and on the whole is a solid effort. Tracks like “A Widow With A Terrible Secret”, “Beacon” and “Over And Out” merit plaudits, though. “A Widow With A Terrible Secret”, for example, has a what is a very favourable comparison to British rockers, Placebo. What’s more, it has a very curious middle section, sedate and calm. It’s like respite care for the mentally damaged, repairing the hurt in life by whisking their minds off to somewhere far from the hustle and bustle of modern life.

This rough theme seems to continue with “Beacon”. Perhaps too much time has been spent in respite, and staying within that sedate and calm area of your mind, meditating, perhaps, has got you lost? Maybe that thick, almost tree trunk bass signifies some sort of checkpoint, beacon, in order to retrace your steps from where you got lost? Like the lyrics say, “am I the only one left behind?”

The trudging bass of “Over And Out” combines with the song title, the latter like a pilot’s last transmission, to evoke many images and potential stories behind the track. With this in mind, the lyrics of “under grass” seem to deal with the moral of staying as grounded as possible. Go too high, and, like the pilot, or even the respite seeking meditator, you could cash and burn. Go too low, and, like the grass in the lyrics, or even the mind of the depressed, you’ll end up buried six feet deep.

There’s a certain tragedy to the song title, so much so this reviewer can’t really picture a happy ending. If the pilot doesn’t crash and burn after that over and out last transmission, they’ll only return home a very long time after, the experience leaving them much changed. In the latter case, yes, a happy ending, but one hard fought; leaving the pilot grizzled, and potentially scarred for life.

Field Mouse, with this album, have put together a multifaceted effort. You’ve got those three tracks plonked in the middle of the album, a story in themselves. The joy of listening to it as a whole are the innumerable ways you can construct both potential beginnings and endings to said story. Prequels and sequels derived from clever track titles and the ambience of excellent instrumentation.

Maybe the album title, Episodic, is meant to suggest that, perhaps, each track is the episode of a longstanding TV series. Combined together, they form something that could be construed as chapters to quite an epic film, maybe even a trilogy of films. Either way, it’s definitely indicative of some sort of thematic structure, in the eyes of this reviewer. Clever stuff.

Field Mouse’s Episodic is out now, purchase it on iTunes here. 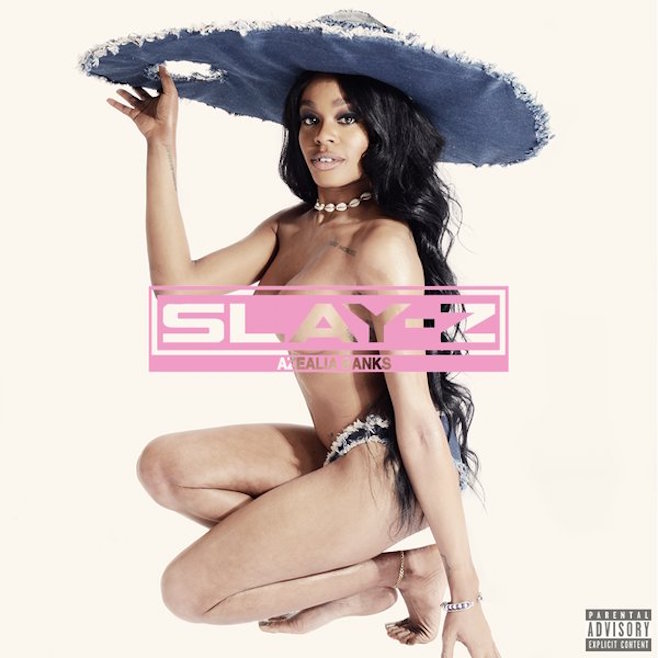 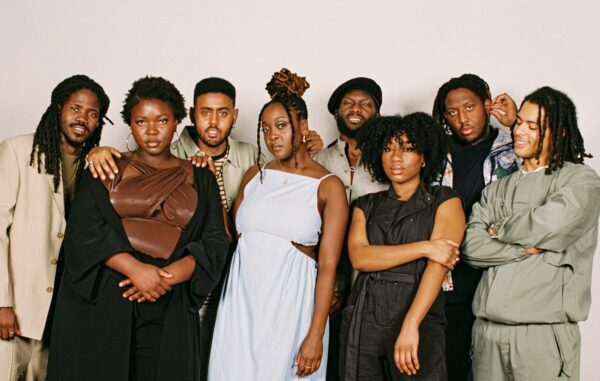 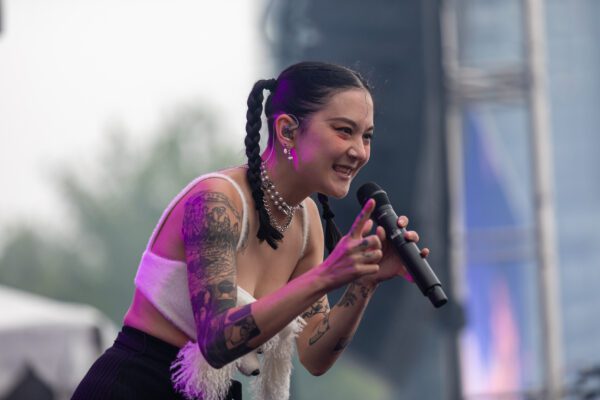