Last week’s Quarantunes shed a light on empowering Black artists that have had a significant impact on my understanding of the world and musical journey. This week I want to continue to amplify Black voices and showcase Black musicians from different musical genres.

Two isolation playlists will never be enough to accurately depict the breadth of Black voices. But I hope to continue to promote Black artists and encourage readers to find other Black creatives to support.

Santigold – “Look At These Hoes” 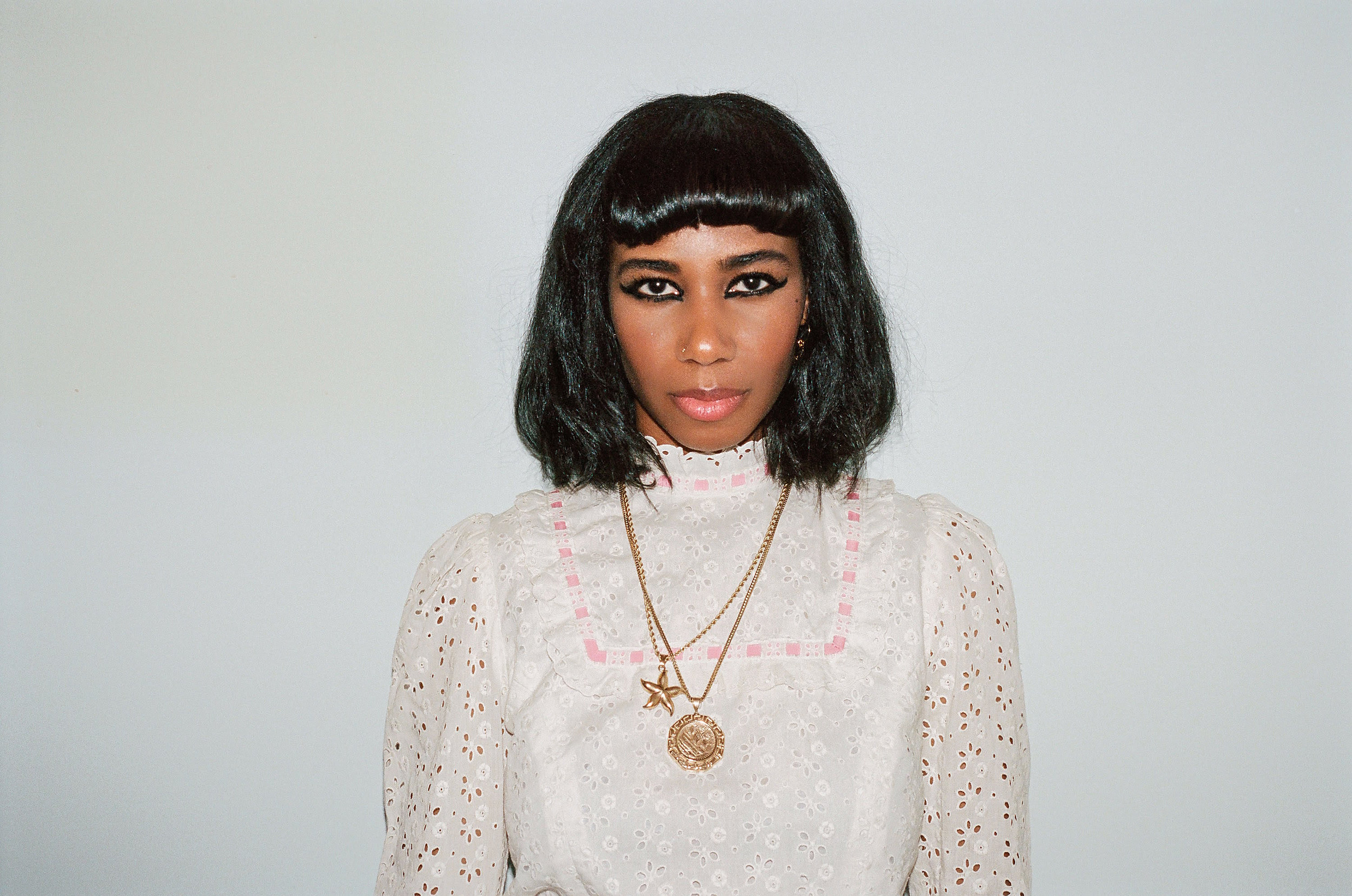 At my most vulnerable, I turn on “Look at these Hoes” by Santigold and I feel like I can take on the world. Santigold keeps me close and her confidence becomes a shield. As someone who struggles with self-confidence, I keep Santigold’s powerful lyrics on hand and remember that no one can judge me but me.

Santigold’s album Master of my Make-Believe is filled with her distinct pop, punk and rap artistry. “Look At These Hoes” has a vibe that is distinctly different from other tracks on the album like, “Freak Like Me” “Big Mouth” and “Disparate Youth”. It is an album only Santigold could create, and we are here for it.

Santigold continues to occupy a huge part of my heart. From tracks like “L.E.S. Artistes” to “Who I Thought You Were”, I continue to find myself gravitating to her flavour of pop. Having changed her name in 2009 from Santogold to Santigold, this Brooklyn-based artist has continued to shape our image of new wave pop music.

Her signature confidence continues to shine on each record, and her DIY approach lets us see her exciting vision come to life. From her music videos to album covers, Santigold has a hands-on approach when it comes to her artistry and it is refreshing to see so much honesty from a pop legend.

You can follow her on Twitter and listen to her discography on a variety of music platforms. 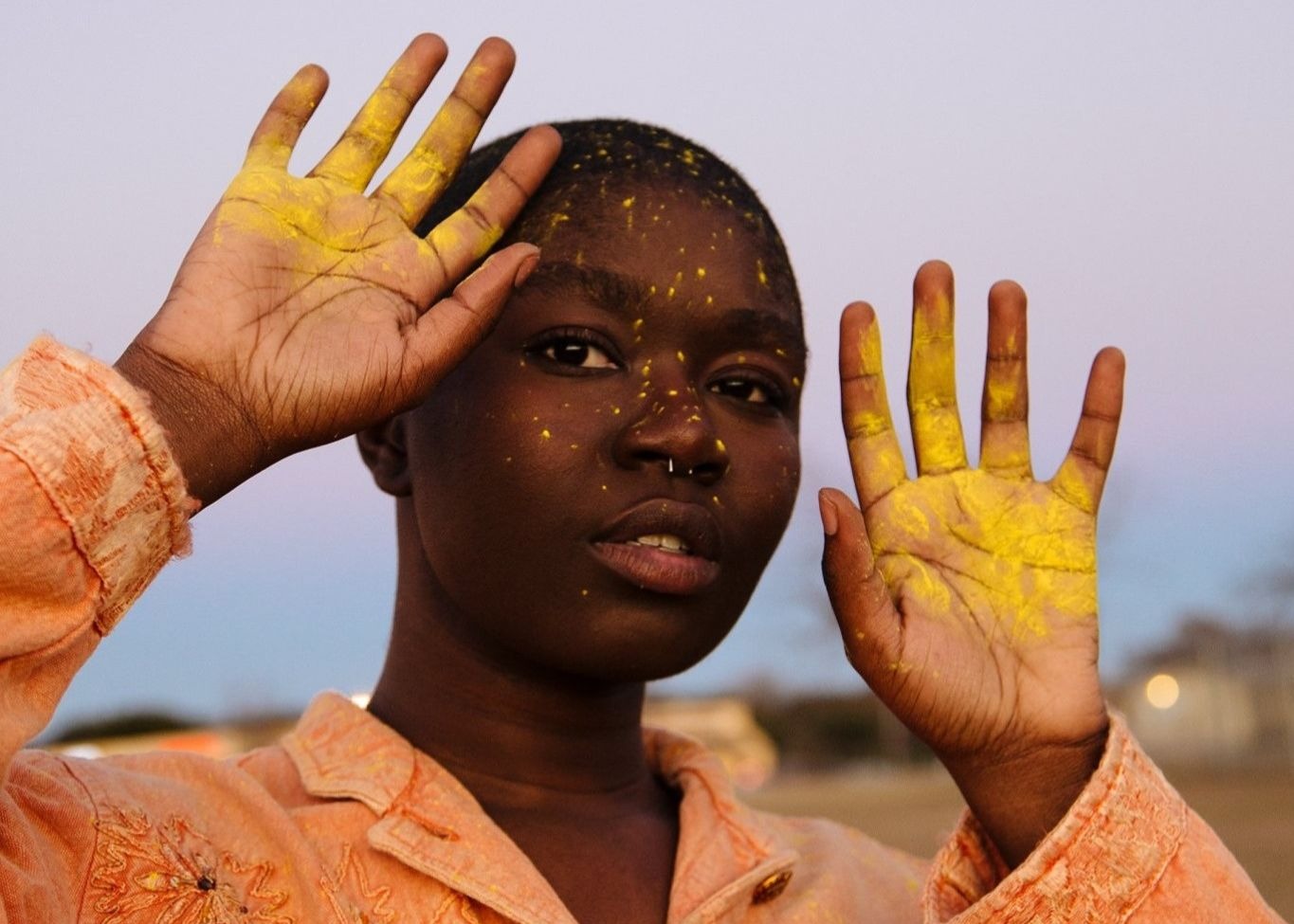 Christelle Bofale’s “Origami Dreams” takes you on an iridescent journey. Her voice and distinctive pop melodies make you feel as if you are soaring amongst glittering, colourful clouds that give off a delicate pink hue. But her album cannot just be described as this airy experience. Bofale grounds you with her lyrics which explain her depression and experiences with love.

Both a single and featured on her 2019 EP Swim Team, “Origami Dreams” is just one demonstration of Bofale’s ingenius artistry. “Moving On, Getting On” and “Love Lived Here Once” continue to showcase Bofale’s wide-ranging music stylings that flood your space and make it difficult for you to think about anything else.

Each time you turn on Swim Team you will discover a new sound or lyric that captures your attention, making this an EP you will want to constantly revisit.

Based in San Antonio, Texas, Bofale grew up surrounded by Congolese music. She uses these influences in her own music, not restricted herself to strict pop music guidelines. Her life has been surrounded by music, a constant and evolving inspiration.

If Swim Team is anything to go by, Bofale’s work will continue to electrify the music world. You can support her by buying her music on BandCamp or Father/Daughter Records, where $1 for every sale will be donated to Black Lives Matter. 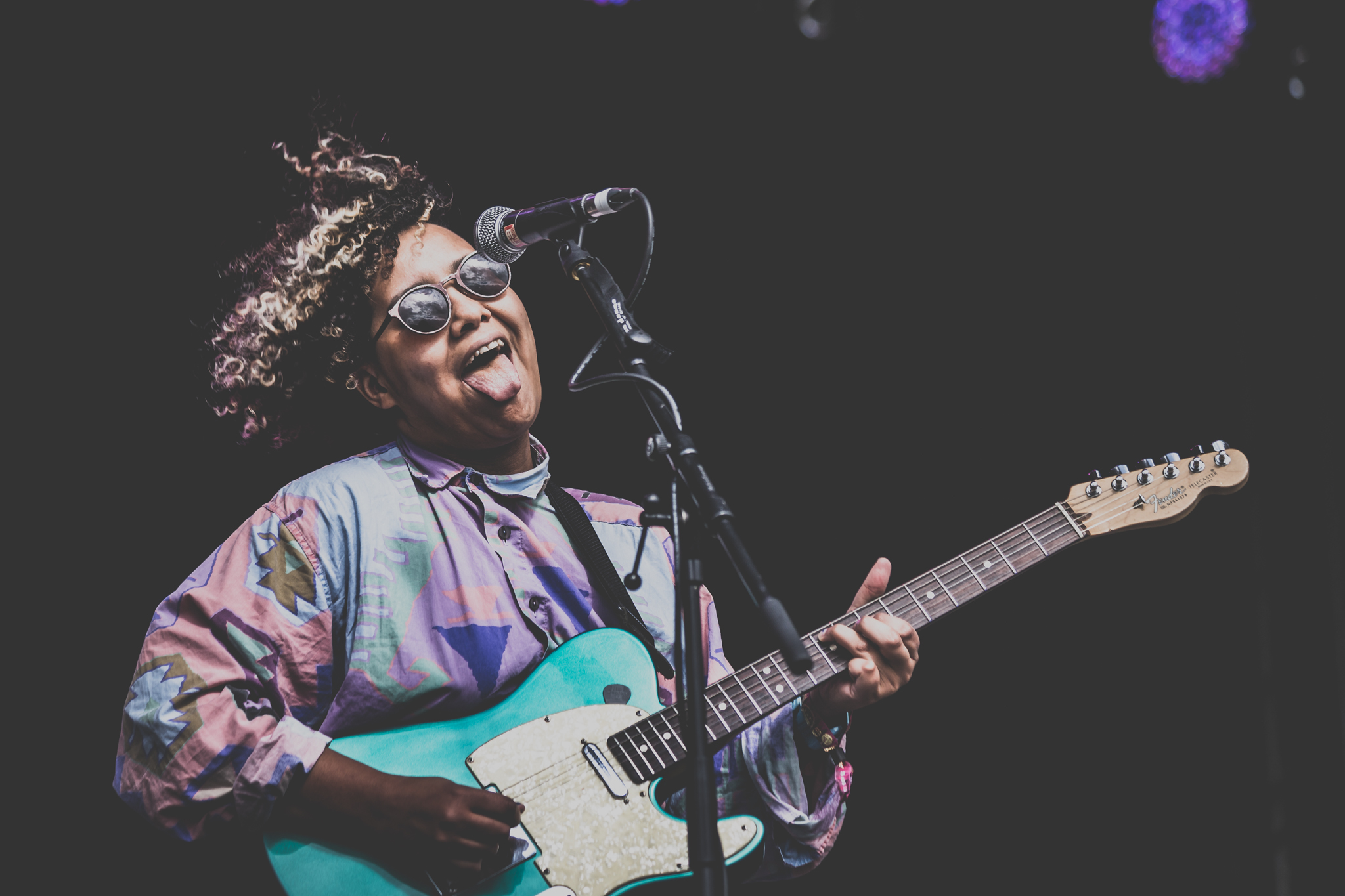 “Brush Your Hair” is a contagious, upbeat indie track that it is impossible not to dance to. I cannot help but think back to days by the seaside, watching the waves and sprinkles of sunshine. It is an exciting combination of guitar and drums, with complementary female vocals dancing around in a well-crafted frenzy. The brightness of this track can be found on the entire album.

Run Around the Sun is chalk full of Sacred Paws’ unique indie pop rock. Tracks like “Almost It” call back to “Brush Your Hair” and “Write This Down” have a more eclectic instrumental accompaniment, which includes a horn section. Sacred Paws are here to give us a reprise that includes upbeat pop rock and beautiful vocals.

Scotland-based Eilidh Rodgers and Rachel Aggs are the masterminds behind Sacred Paws. Rodgers smooth drumming and Aggs frantic riffs come together to create pop perfect tracks. Their snappy beats create a fun space to inhabit even if just for a little while.

You can follow Sacred Paws on Twitter, and support them by buying or listening to their album Run Around the Sun on most music platforms. 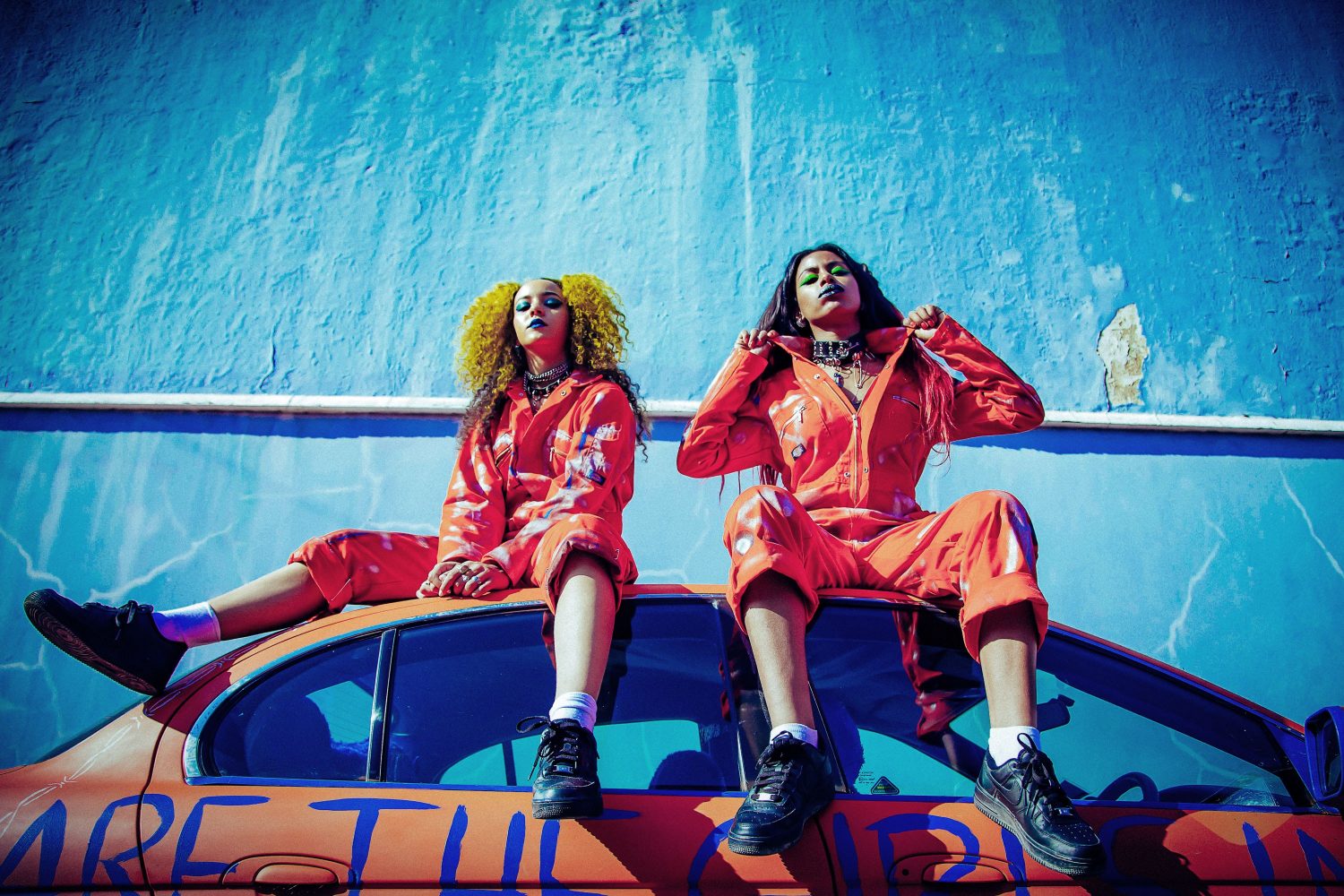 Nova Twins combination of hard rock and unapologetic female vocals is perfect for those of us who have constantly been looking for good, punk music that strays away from the ordinary. Off their recently released album Who Are the Girls?, this track is impossible to skip over.

The vocals take hold of you, and you cannot help but listen to what they have to say. This is without a doubt one of the coolest tracks you will hear, exuding confidence and a defiance to the norm. Tracks like “Taxi” have gained a lot of traction, showcasing Nova Twins’ rock edge.

They are clear, to the point and in your face. In “Bullet” you’ll hear, “Don’t you ever touch my hair unless you’re paid to cut it”, and remember that if you are going to disrespect you will get your hand bit off.

It is hard to choose the best track off the album, but “Play Fair” continues to stand out as a personal favourite. The minute gigs become the norm again, you will be able to find me at a Nova Twins tour.

London based, Nova Twins’ Amy Love and Georgia South find inspiration from MC5 to Missy Elliot and are making a space for themselves in the punk scene. Rock scenes have always struggled with diversity, and Nova Twins make it clear that it is time to change that.

They have recently put together a phenomenal playlist made up of Black alternative artists titled Voices For the Unheard. 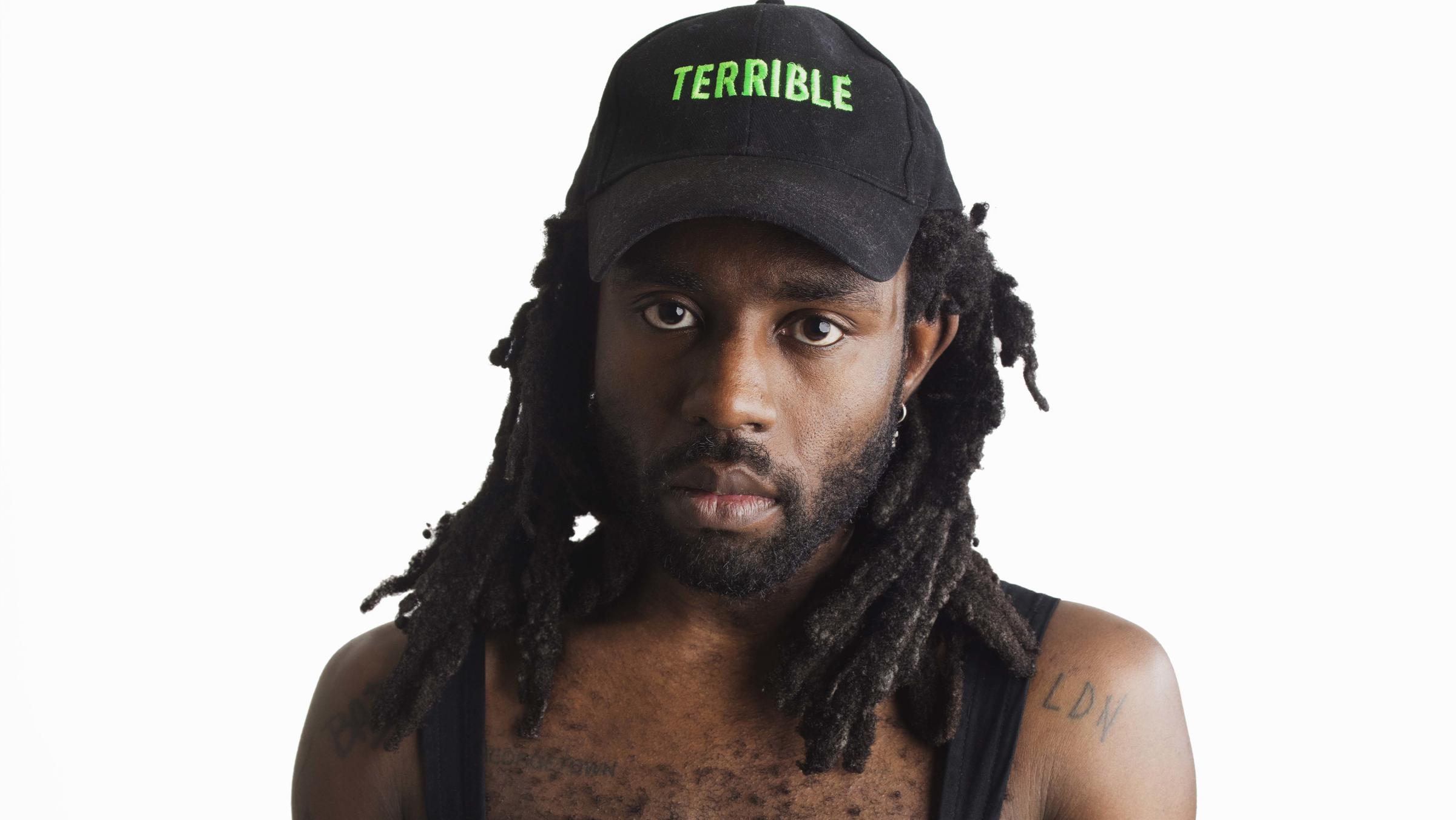 A standout on the album, “Birmingham” reminds us of past atrocities that have been forgotten or ignorantly bypassed. Blood Orange, along with vocalists Kelsey Lu and Ian Isiah, use gospel elements to tell the story of a mother whose daughter died in a 1963 Birmingham church bombing led by White terrorists.

It is a sombre track made to be a moment of reflection, with emotions at the helm. It is a time to step back and honour this mother’s experience.

The album itself is a collection of different genres, tracks like “Happiness” seeming vastly different from others like “Benzo” or even “Take It Back”. It’s an intoxicating ride, one where Blood Orange curates a world of luscious sounds and sensitivity.

In 2011, he took on the name Blood Orange and since then has been composing albums focusing on a variety of societal experiences. He has made music about the Black and LGBTQ+ experience, while playing around with different genres and sounds. He is a master in creating a musical environment that takes on a life of its own and engulfs you into its depths.

You can buy Angel’s Pulse and explore Blood Orange’s discography on his site or BandCamp, and follow him on Instagram. 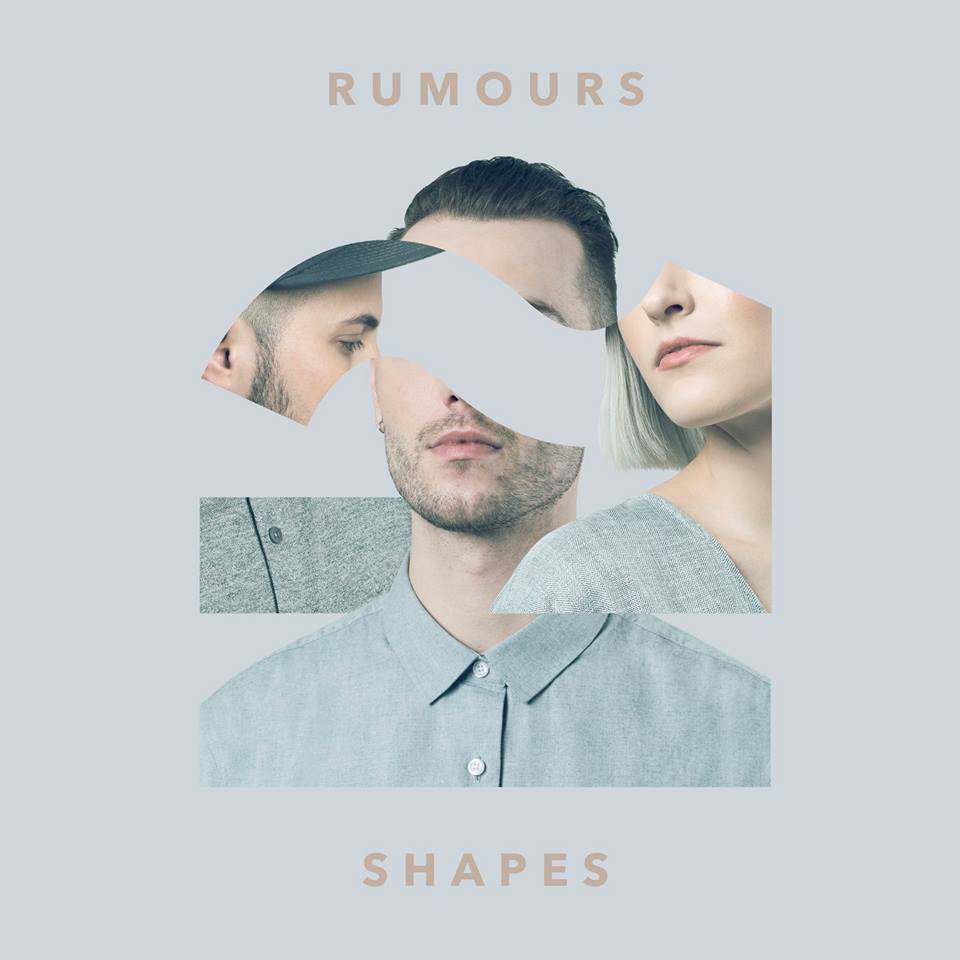 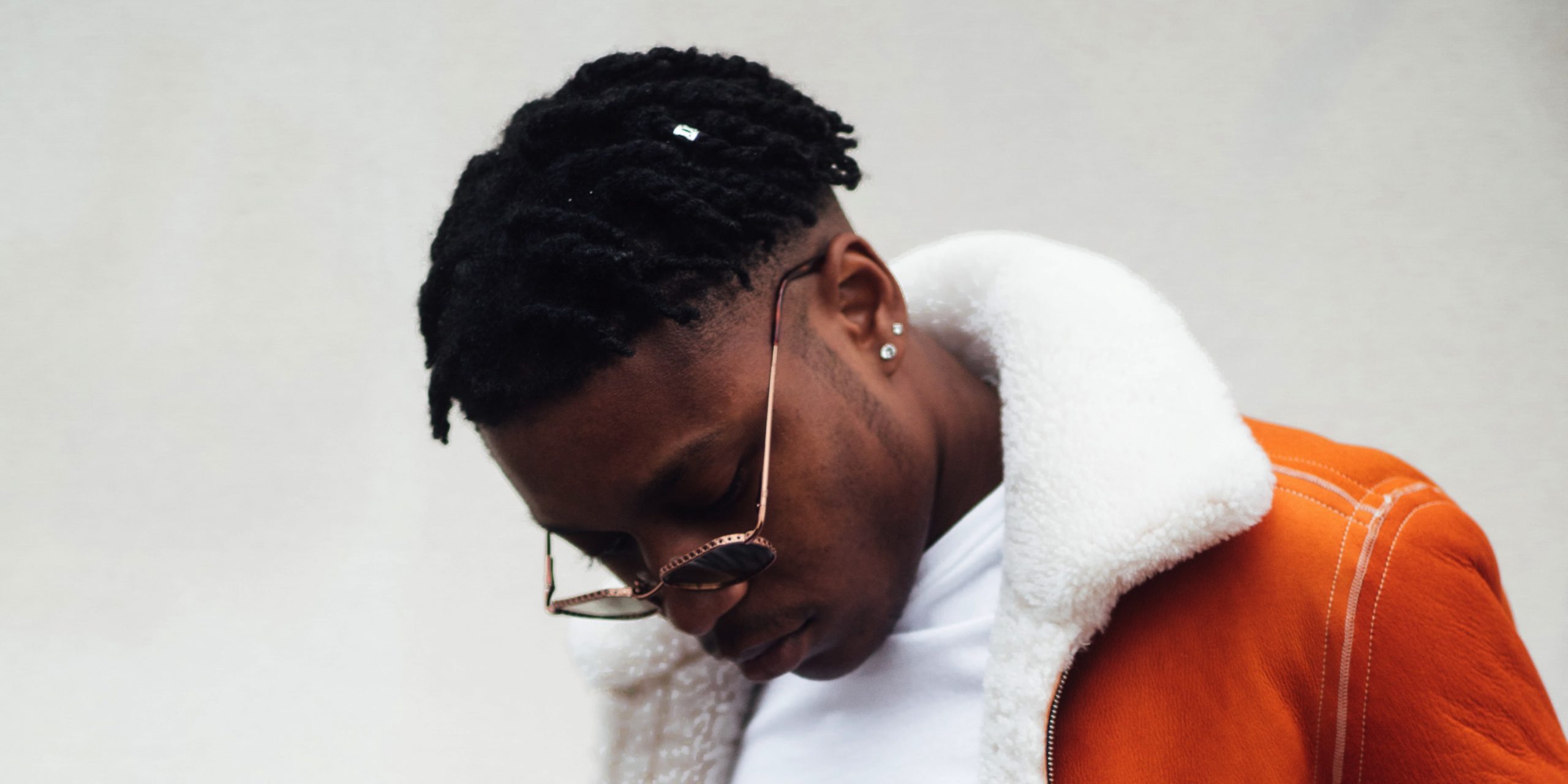