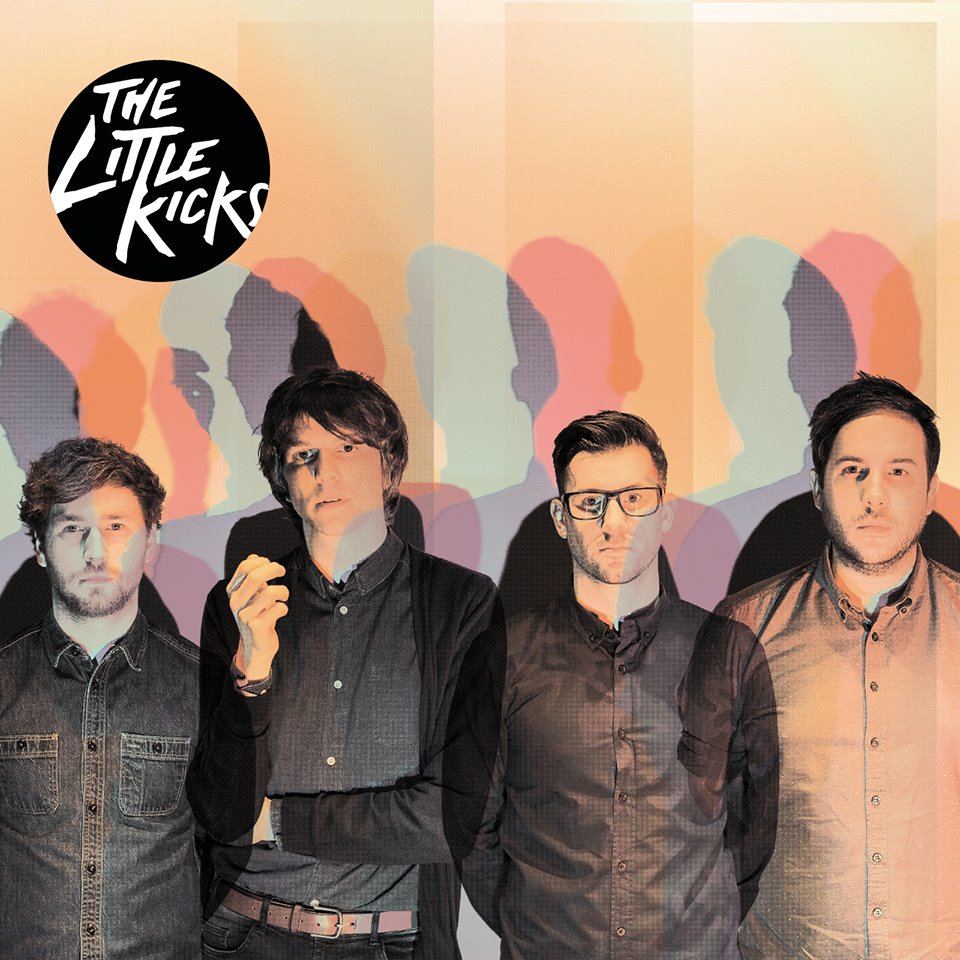 The Little Kicks are an electronic indie rock band based in Aberdeen, Scotland. The band have released three studio albums and have a fourth record out today (March 3), Shake Off Your Troubles. This has come with singles “You & Someone Like Me”, “Goodbye Enemies, Hello Friends” and “Don’t Get Mad, Get Even”.

The progressively named “Theme” rings in somewhat ominously with claps of electric drum. Percussion rings like white noise. Then the drums proper kick in, the melodies becoming more emboldened. This is a really moody and brooding track, ambience all over. The closing moments become yet more emphatic, before stopping abruptly.

They then “Sing About Something Real”, and this time the vocals rear their head. There’s an air of tragic melancholy, followed by chugging bass and high register, pattering melody. The closing minute or so becomes impassioned, guitar and vocal harmony as one and majestic. Drums clatter, displaying and conveying much drama.

“Don’t Get Mad, Get Even” is driving, melodic and brooding; those drums locking you in. The chorus is imploring, too. “When the simple truth is real friends don’t fight over money” perhaps best encapsulates the spirit of the song.

The generally sedate moments really let the bass permeate, grooving with some delicate licks. Towards the end sees another direction explored, before bass drum brings the song back in incrementally. The cacophony of crescendo brings back the song proper.

It turns out “Often” is calmer than even the most sedate moments of the song prior. Drums herald an exit from the sleepy soundscape, with lines like, “Drive, and take me/To the city” maybe implying a journey away from the sleepy suburbs and to a city that never sleeps.

There’s an almost soulful, maybe even disco, vibe to what follows. The octave runs on the bass certainly reinforce that latter feel, with well-placed strings seeing the track out. A grandness to proceedings without going over the top.

Come “Let’s Get Lost Together”, it sounds like a highlight barely before it’s even started. It’s got a real feel of The Smiths to it. It shimmers and has a real triumphant feel to it. The closing moments strip back, before bringing everyone back in, again. Expert use of dynamics. More so, you could argue, when it ends as it began.

It’s time for change in “Goodbye Enemies, Hello Friends”, and this sees another track with an, at least, electronic bent to it. “…and I know it’s hard to feel it, when you’re on your own/Any day you’ll start to see it, sooner than you’ll know” seems to offer an insight into incredible isolation. However, it does seem to hint that this won’t be forever.

“You’re everything I’d ever wanted” maybe confirming mutual joy in a newfound friendship. Just before the midpoint sees a real swell, perhaps a bid to convey said discovery. The hook, the song title, rears its head as the song comes to a close, a real proclamation looking forward to a positive future.

“Bang The Drum Slowly” indeed does so at a crawling pace, adjoined with ringing, moody bass and intermittent scratches on the guitar. The line of “I’ve got nothing to be scared about”, funnily enough, is amidst waving, whirring sounds, and the like, suggesting flying saucers, etc. Eerie, indeed, in places.

The very personal and intimate “You & Someone Like Me”, again, sees the electronic influences reappear. “Shot in the dark, won’t you give it a go?/You’ve got to try and save it” is like asking you to take a chance on someone like me. Then more electronic influences are then built upon with live instrumentation, adding curious layers to ponder.

“Gone But Not Forgotten” has a ringing entrance in conjunction with despondent piano. You can just about make out the strum of acoustic guitar, which seems, generally, to serve the purpose of an almost rhythmic bent. It seems this is a tribute to the tragic loss of someone special, the strings flighty and suitably emotional. “I wish I could say the right thing” a perfect, touching fade out to the whole thing.

Shake Off Your Troubles ends things seemingly linking to “Goodbye Enemies, Hello Friends” in “Before We Were Friends”. It ends the project with bubbling electronic sounds. “I never thought that we could be the way that we are, now/I never thought that I could say the words the way that they come out”, cued with delicate, shimmering guitar, really paints a picture of how personal space changes as relationships develop.

It might remind one of Chris Martin singing a Coldplay track, the way the words spill forth with an almost emotional stream of consciousness. The rhythm section lend a further urgency and immediacy. The chugging bass and driving drums come in with emphatic fashion. Guitar proper kicks in, further energising the track.

Ones to look out for, in retrospect, are “Theme”, “Don’t Get Mad, Get Even”, “Let’s Get Lost Together”, “Bang The Drum Slowly” and “Before We Were Friends”. These are also an excellent spread of the album, with both opening and closing tracks and everything else in between. Pointing out tracks one, three, five, seven and ten best illustrates this. A good return for ten tracks.

“Theme”, of course, kicks off things in a very progressive light, as if put together like some sort of indie rock opera. It’s ominous as if to display an almost arc of a story, the bad guys triumphing initially to set the tone for the rest of the album. This further reinforced with the white noise, too. Moody and brooding, it ends suitably abruptly.

This seems to link to “Don’t Get Mad, Get Even” in that the good guys are hacked off, mad and wanting to get even. The line of, “When the simple truth is real friends don’t fight over money” maybe suggesting said good guys and bad guys were once friends, before some sort of treachery. Meat to the bones, in both character and plot development. A cacophony of crescendo comes like a clash of the titans.

“Let’s Get Lost Together” could then maybe be construed as some sort of intermission, a respite and sub plot to divert your attention, however briefly. It certainly doesn’t take long for you to realise musical gold is unfolding. A triumphant feel, you could argue, maybe, actually, points somewhat towards a victory, however small, a turn of events contributing more towards the overall story than anticipated.

“Bang The Drum Slowly”, with ringing, moody bass and intermittent scratches on the guitar really develops a sense of atmosphere. The line of “I’ve got nothing to be scared about”, in retrospect could point to that small victory in the highlight mentioned prior. A key crony has been defeated, and now boss bad guy doesn’t seem so intimidating, anymore.

“Before We Were Friends” has the telling line of, “I never thought that we could be the way that we are, now/I never thought that I could say the words the way that they come out”. This could be a nod to, as said, “Goodbye Enemies, Hello Friends”. A prequel. Maybe this tries to acknowledge that great feats, like over boss bad guy, can only come with assistance. Don’t face the world on your own.

The Little Kicks maybe, you could say, set themselves apart from other indie bands with their electronic influences. There’s, at times, an emphasis on building an ambience with these said influences. This helps concoct songs that have both melodic immediacy and progressive atmosphere, too. The Little Kicks’ Shake Off Your Troubles can be bought on iTunes here. 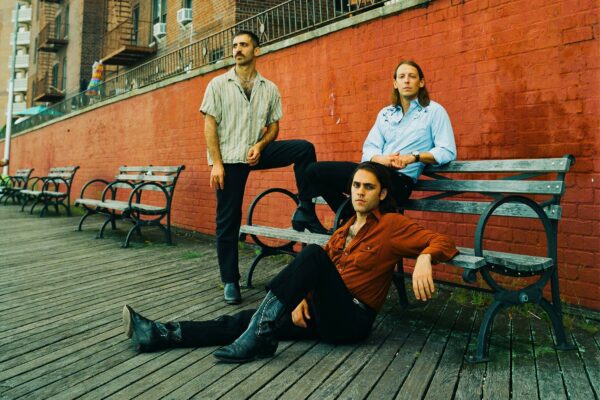 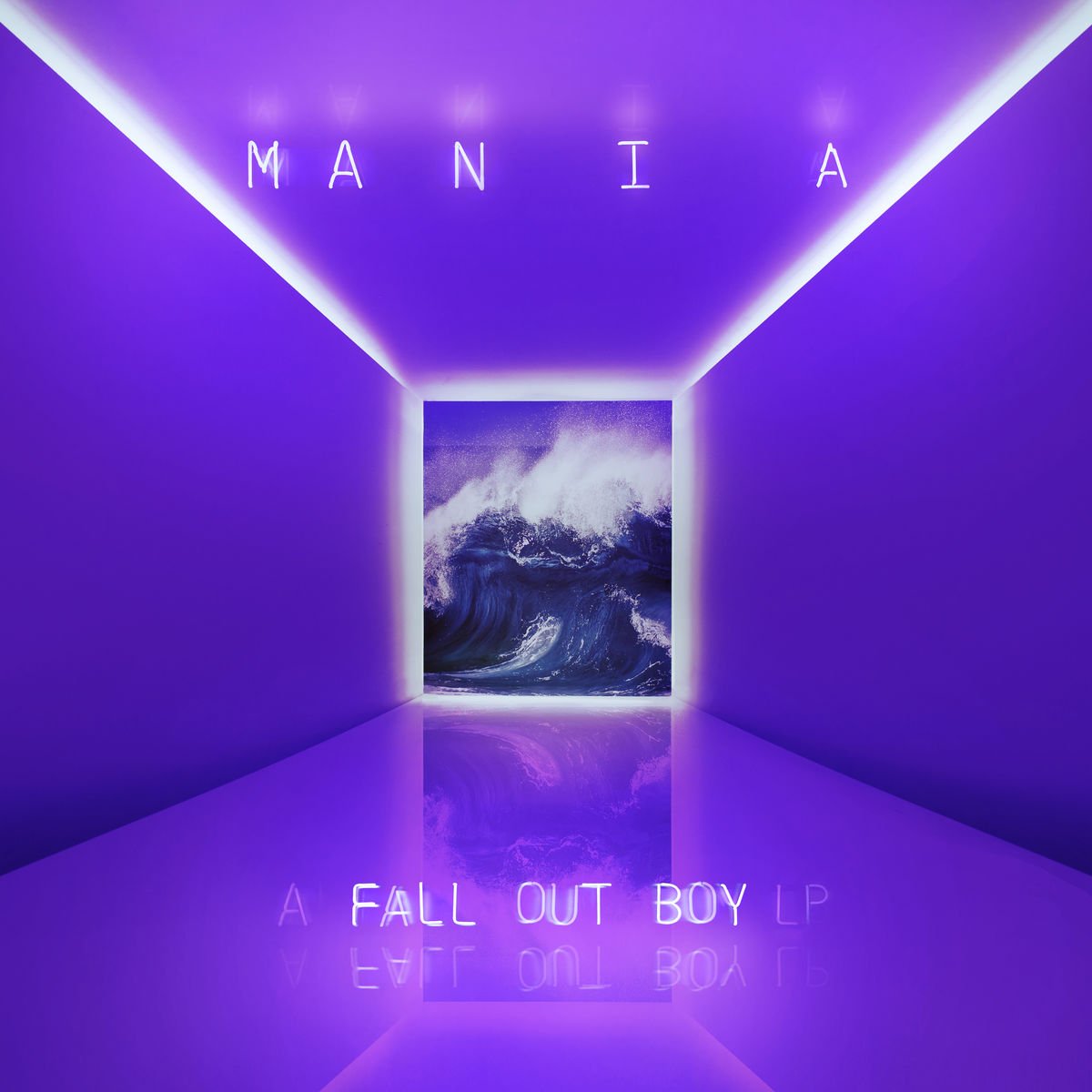 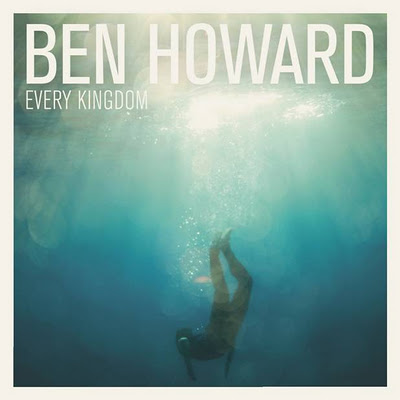