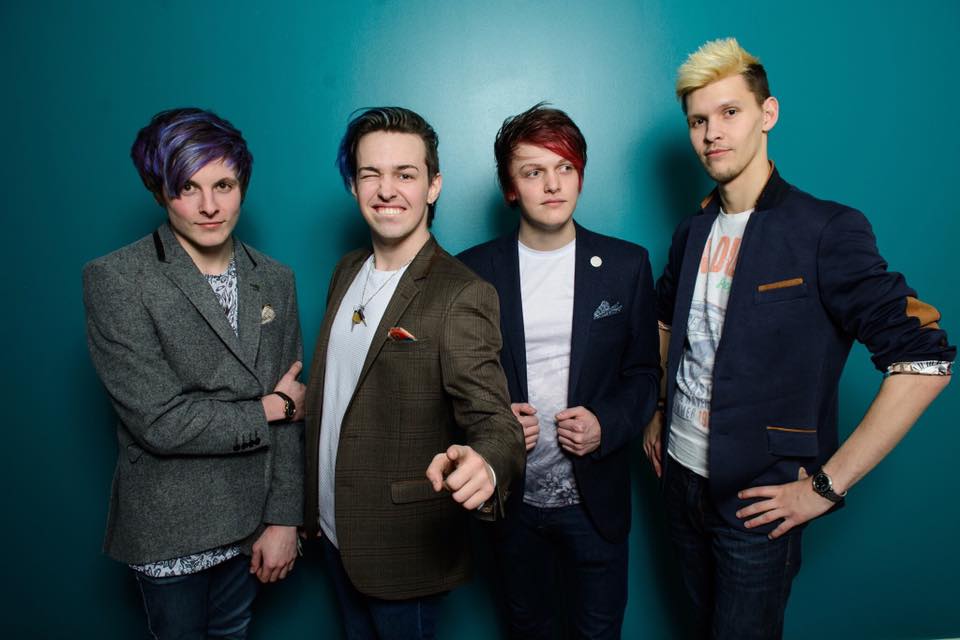 Friday (December 2) saw Glasgow pop punkers, Single By Sunday, play The Tunnels, a music venue below ground level in Aberdeen. They were assisted by Aberdeen’s The Cliftons and Harlitones. Just prior to the gig there weren’t many inside, though the place was a hive of activity. People queued outside, waiting, maybe anxiously, for a good time.

One band’s guitarist doing their sound check appeared to play some Led Zeppelin, though, being underground, this reviewer couldn’t look up on their phone to place which song specifically due to a non-existent signal. Then one bassist hammered out a segment of the impressive Metallica instrumental piece, “(Anesthesia) – Pulling Teeth”.

There were candles lit on tables, perhaps more evocative of a goth gig rather than a, headline wise, pop punk one. Some were within glass ornaments, others, on the merchandise tables, were open air. Strobe lights and smoke machines combined for aural stimulation. A fan arrived in crutches, perhaps a show of dedication to at least one of his favourite bands?

Opening act, Aberdeen’s alternative and indie rockers, The Cliftons, consisted of vocalist/guitarist, guitarist/vocalist, bassist and drummer. Their first hammered in with a flourish of strum. There was a slightly edgy, androgynous feel to it. Most at the gig were out front witnessing it all. It then pared back, just drums and vocals before recommencing angular riff, and then slowing to an emphatic halt.

Slow was how the next begun, pounding toms brooding with sizeable power. A guitar solo was easier to pick out than it was in the previous song, levels wise. Just aswell, as it was a memorable one. Moody bass underpinned the groove. It almost rocked with heavy metal fervour towards the end.

Mighty, driving, triumphant. Key words describing what followed. There were tight, syncopated rhythms throughout. This then slowed right down, the vocals imploring, the song then suddenly almost galloping. The vocalist pointed his guitar, angled towards the crowd like a gun.

After that a groovy drum and bass number. Guitar fading in and out. Ghostly. The rest of the band joined in proper with flourishes of mighty power chord. Swinging, ballsy rock. Dynamics allowed for isolated vocal, with rocking power interspersed.

What followed was driving, moody and chugging energy. Bass guitar managed to breakout and get melodically busy. The song crashed with wild abandon.

Then there was intense, high octane rock with a bit of a swing to it. The drummer really was like the chugging of a train. Bass and drum adjoined to build a tense mood. Regimented, military-esque rolls built the song to crashing, crushing crescendo.

What came next was hi-hat intensity on the drums, somewhat deceptive as the song turned out to be far more sedate and ponderous. However, it seemed to double upon itself later. More immediate, more urgent. Even the bass seemed to match the guitars note for note.

“This will be out last song, tonight”. This one seemed more soul and funk inflected before getting a, daresay, disco bounce to it. Ducking, diving, bobbing and weaving bass heralded a refrain before the rest of the band re-joined. A crashing end.

Main support act, Aberdeen rockers, Harlitones, consisted of vocalist/bassist, guitarist and drummer. This was raw, gritty and brash rock. An angular riff with intensity aplenty. Suddenly a guy came rushing through the room, leaping down the stairs to the dancefloor, eager to catch the energy of the song. Cyclical, grooving bass underpinned a solo of reckless abandon.

Lively powerhouse drums heralded likewise bass. Rocking out flourishes rung in your ears. Moody rhythms, embellished via bass, again, underpinned wild, passionate soloing. The song was full on and hammering. Pounding bass drum urged those on the dancefloor to clap. Vocals implored with a swing, riding a wave of hammering riff. A funk-esque swing and bounce to proceedings, the song entertaining to the last.

This next one was more wistful, thoughtful. Guitar abrasive yet sparse, before building a rocking energy. Great dynamics in an intermittent and busy rocker. The guitarist ripping like a total hero, the drummer relentless.

They hammered into their last song straight away. Gritty vocals and weeping lead lines from guitar impassioned and a tad emotional. Ringing, crushing riffs were punctuated by hell bent drums and, then, a scintillating solo. The same guy leapt from the top of the stairs into the dancefloor area, suitably amped.

Headlining were Glasgow pop punkers, Single By Sunday. They were made up of vocalist/guitarist, guitarist/vocalist, bassist and drummer. They began with the night crawling, angular riff of what appeared to be “Can’t Go On Like This/Superhero”. Joining this the infectious and bratty anthemic line of “in my head”.

“My Kinda Girl” rang out thoughtful before diving headlong into something more energetic. It broke down to reveal inner angst and turmoil. The next breakdown had the lads moshing in tandem.

“Get Up Get Out” was a rolling rocker. Bratty was again the word, a tale tinged with musings on conformity and all social matters secondary school.

They then pledged not to start the next song, “Girl Next Droor”, until a couple of girls in the crowd came back from an imposed fag break. Lyrics like “in love with the girl next door”, indicating the gist of proceedings. However things beefed up a bit with call and response, football terrace backing vocals. This pared back before building to crescendo.

Another cover reared its head, that night, with their take on Busted’s “Year 3000”. The crowd certainly got animated, the band urging them to clap. They were then urging them to chant the title for their next song, “SBS”. This was very much akin to the drum beat of Queen’s “We Will Rock You”.

The song proper hammered out emphatically. Parts were very stop start, yet very uncontainable and irrepressible. Guitar wailed like emergency service sirens before kicking back in, again.

There were girls grasping for pinged plectrums like bouquets at a wedding before “Stay With Me”. Then there was “Romeo”, but not before a feigned kick into Friends theme tune, “I’ll Be There for You”, by The Rembrandts.

After this brief flirtation, the song proper was moody, with a ghostly backing vocal effect. Very much tragic and impassioned like the very Shakespeare play it borrows its title from. Driving dynamics saw the bass and drum lock in before re-joining with guitar. Crying lead lines heralded the end of a pop punk tragedy.

What appeared to be “Colourblind” was sizeably heavier than their other material, like a rap rock vibe to it before seemingly veering into a ska sort of feel. The band jumping prompted the crowd to jump, too.

What first seemed like a nod to “I’m Gonna Be (500 Miles)”, was in fact a literal interpretation of the song by the suitably Scottish duo, The Proclaimers. This was sped up in the true punk vein. The arguably evermore Scottish “Auld Lang Syne” ended that particular segment.

Finally, what appeared to be “Atom Bomb” was a ducking, diving, bobbing and weaving affair. Stop and start heralded a headlong leap into an emphatic, driving rocker. Drums, vocals and sparse guitar all aided an attempt to really let the instrumentation breathe. 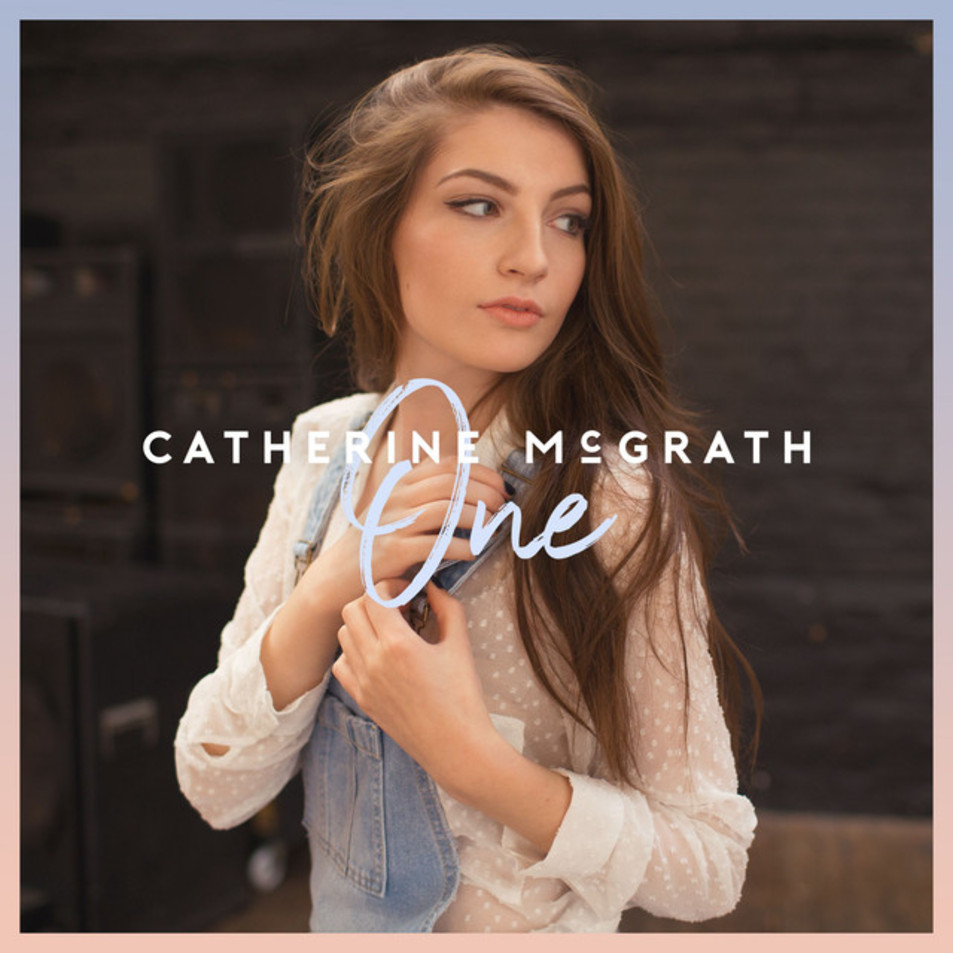