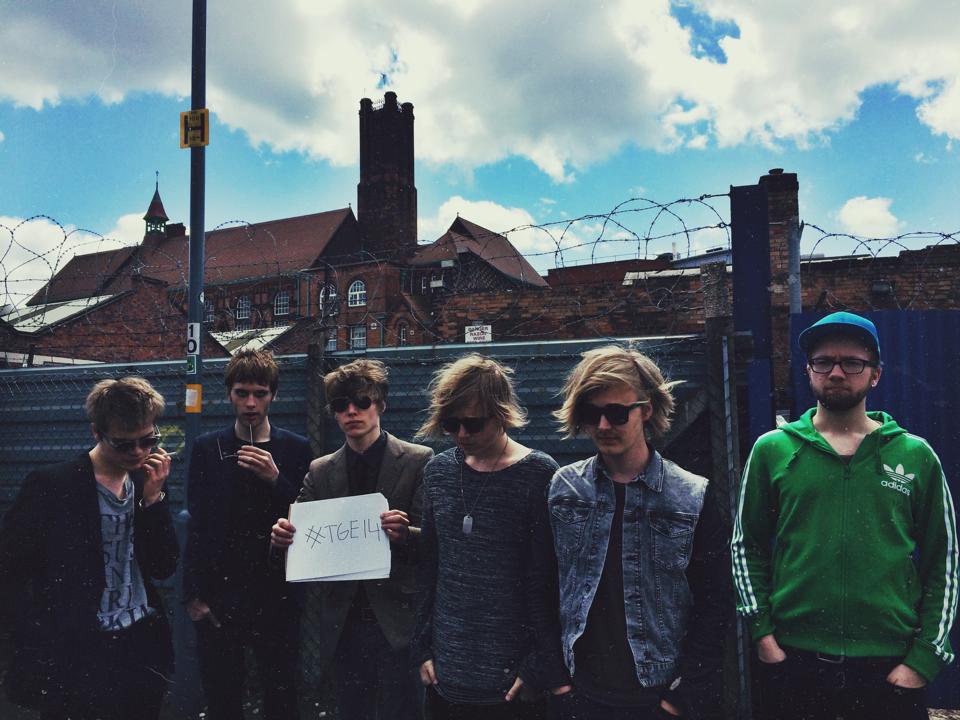 Going into Brighthelm on a sunny Saturday afternoon for the final day of Brighton’s Great Escape Festival, what appeared on the stage truly was a shock to the system. I was completely not ready for what happened when Finnish sensations The Scenes – what appeared to be a young and slightly awkward group of guys – emerged on stage. However as soon as Lead vocalist Konsta Koivisto began to sing, my whole body froze, my eyes stopped blinking and I completely lost sense of where I was. The stage was completely taken over by these boys and their unique and sensational sound, that is a mixture of Rock, Indie, Punk, and Experimental music, something between Hardcore Punk and Progressive Rock.

Konsta Koivisto’s voice has one of the most impressive ranges I have ever heard live, he can sing the highest of notes just as well as he can sing the lowest. He has previously been described as being a male Jonis Joplin, and he is a very unique and expressive performer, he completely owned the room, and did not hold back in demonstrating how the band does their thing. Within two minutes of being on stage, Koivisto took himself over to one of the largest speakers at the front of the stage and climbed on top until he was towering over the audience. Watching him up there, you would have thought he was a long time performer who had been performing for decades at Wembley stadium, and yet the band have only been established since 2009 and they were in a quiet little venue in Brighton.

The Scenes performed songs from their debut album Images Of Animals Crying In Public which was released in April 2013, including debut single “To Fix Revolving Antlers” – a power play track in March 2013 on Finnish national radio station YLEX. Every song that was performed during their Great Escape set had its own sound, but still echoed their unique style throughout, which truly creates the stand out band that The Scenes truly are.

Their sound is so unique and powerful that they have previously been described as sounding like “the Sex Pistols playing Erik Satie“, which after seeing their live performance, I would say is a good example. However even with the similarity, it doesn’t quite enforce how amazing they really were. When previously speaking about their debut album vocalist Konsta Koivisto said, “we wanted to make an album that leaves no souls untouched, a mixture of violence and beauty, something that makes the listeners go through strong emotions”, and I think they’ve been able to translate this even to their live shows.

The band is very well known in Finland for their crazy, expressive lights out, live performances bursting with mayhem and mad energy, and when they enter the stage it is almost certain that something will break. However in the performance I saw, nothing actually broke, but I heard their (what I assumed to be) manager explaining that this was an extremely quiet and held back performance for them, which made sense since there was not a massive amount of people out to watch the band which was a real shame. They had a second performance at the Great Escape later that evening which I heard was a whole lot busier (I’m guessing word got around quickly). This Finnish band really does deserve more recognition here in the UK, because the small audience that caught their performance was blown away and I think we were all in awe of what we witnessed. I truly hope they get where they want to, because with a sound like that it would be a crime to music for them to not get heard.

The band finished their set with a song titled “Anorexia Is boring” from their new album Beige, which really demonstrates their quirky and expressive edginess (or just echoes their complete random and craziness), however it was an explosive finish to the show, Koivisto really lost all inhibitions as he was rolling on the floor and pretty much explored every inch of the stage, he was smashing at the drum kit and ended up throwing the microphone on the floor and walking off stage, allowing the rest of the band to continue until they came to a massive finish, where even the guitarist was laying on the floor.

When the band exited the stage, the atmosphere was filled with a complete anticlimax, it just felt utterly strange going back outside to a sunny and civilized environment after just witnessing that, but on the plus side, I think most people knew where they were heading later that night!