In recent weeks, industries, communities and individuals in the US, UK and globally have had to make choices about how they were going to respond to the Black Lives Matter movement. Some have decided to stand in support while others criticise. But, worst of all, there are those who are complicit in the systemic racism of denying the existence of any problem.

This week’s ‘Quarantunes’ isolation playlist focuses on Black artists across musical genres and mediums. In featuring these artists, I hope readers will seek out their work and, as I have, find other Black creators. While this is one small step, promoting their work can help bring attention to Black artists, and how interacting with their work is a way in which we can begin to understand their experiences. 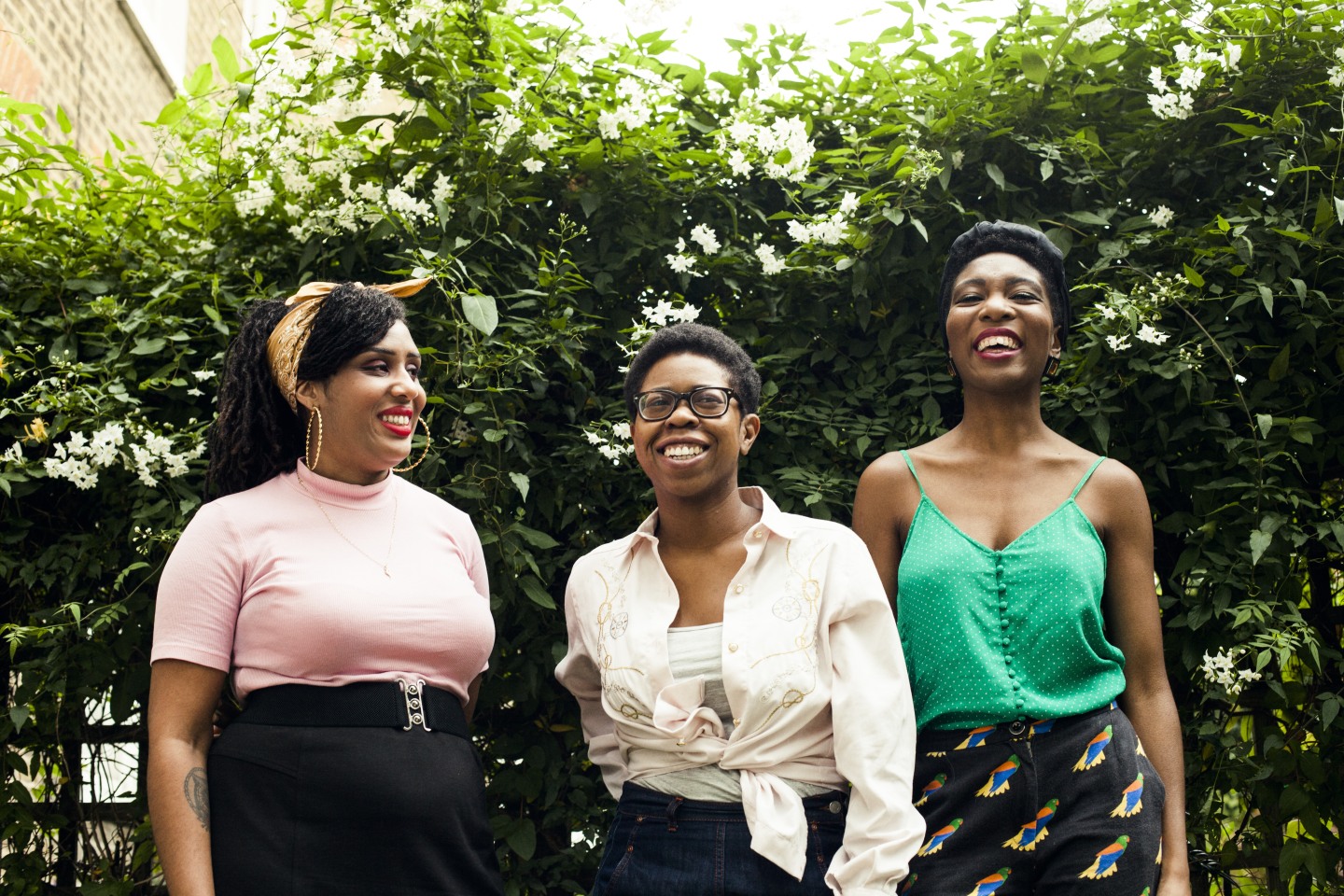 I saw Big Joanie live at The Moth Club in Hackney and was transfixed from the moment they started playing. I couldn’t stop thinking, “these are definitely some of the coolest women around”. It was one of the best live performances I had seen in a long time, fuelled by genuine, raw emotion.

“Cut Your Hair” perfectly showcases Big Joanie’s unique, Riot Grrrl stylings. Verging on spoken word, they put poetry to music along with a simple, but impactful drumbeat. It is definitely one of the quieter tracks from their album Sistahs, captivating in its gentleness.

The album has harder rock tracks, such as “New Year”, “Used To Be Friends” and especially “Token”, all exhilarating to hear live. But I keep coming back to the quiet feelings in “Cut Your Hair”. DIY and Riot Grrrl scenes continue to be dominated by White members, and inclusivity is a prevalent issue. Artists like Big Joanie tear down the images of this scene.

Stephanie Phillips, Estella Adeyeri and Chardine Taylor-Stone make up Big Joanie. Having been inspired by The Ronettes, Nirvana, Breeders and Jesus and Mary Chain it is no wonder their sound is so eclectic. When asked, they describe themselves as “similar to The Ronettes filtered through 80’s DIY and Riot Grrrl with sprinkling of dashikis”.

They have performed at the UK Afropunk Festival and have been thriving in the London DIY punk scene. You can listen to them on their Spotify and BandCamp accounts, where you can purchase their album Sistahs. You can also keep up to date with their Tumblr and Twitter accounts. 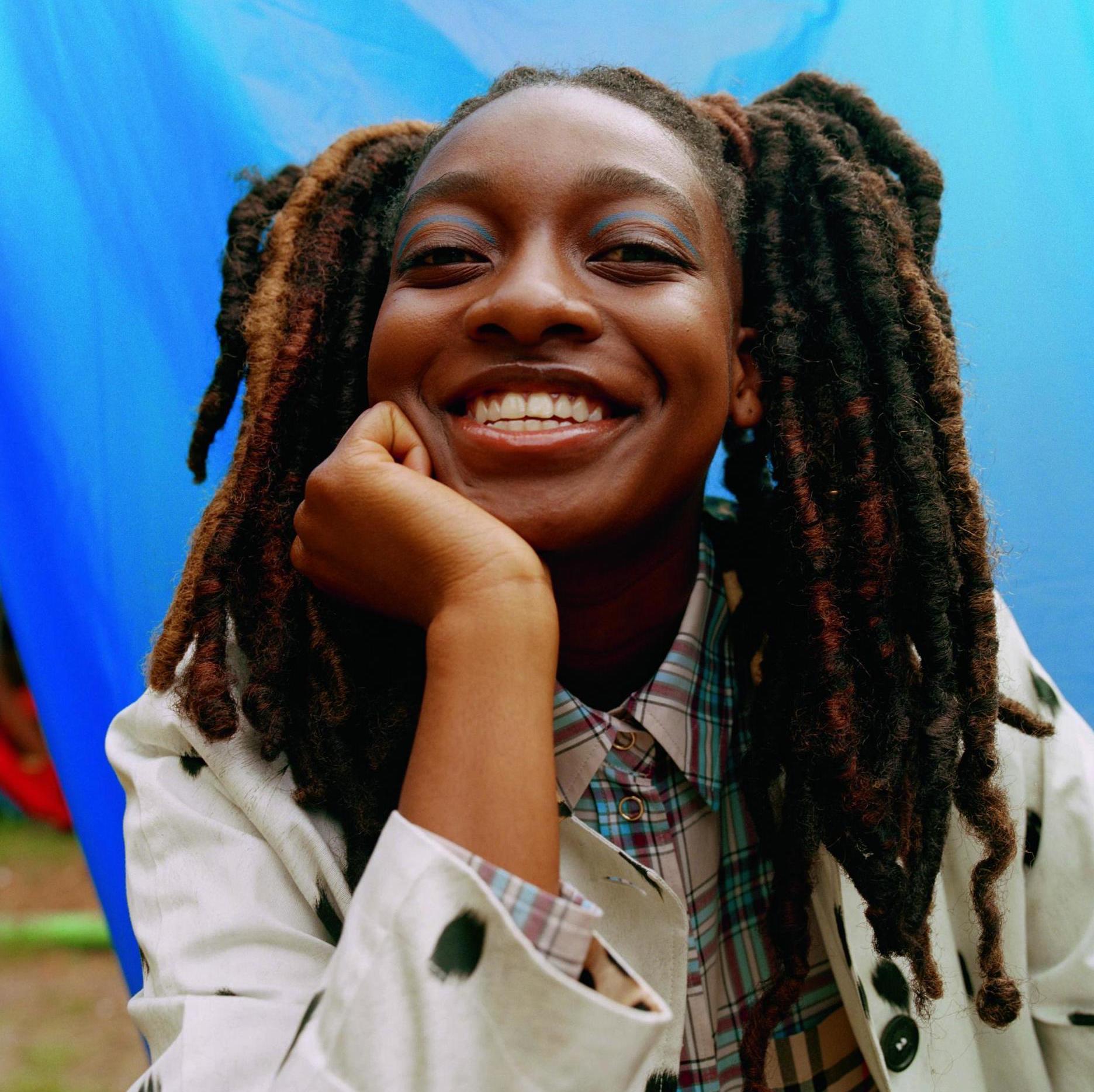 Little Simz infuses “Offence” with power and confidence from start to finish. Her lyrics and musical choices are the essence of sureness, knowing that each decision is purposeful. Combined, we have an unapologetically strong track.

Little Simz raps expertly crafted lines, “I’m Jay-Z on a bad day, Shakespeare on my worst days, never been a punk, trust you can get in the worst way”, and, “you are not the toughest or baddest, my pen is the maddest, I’ve probably ended careers and it’s never out of malice” are personal favourites.

They are sharp, witty and exciting to behold. When you’re not focusing on her lyrics, you pick up on her electrifying style choices. At one point she has a group speak at you, commanding your attention to make sure you give her a minute of your time. Well, Little Simz can have all the minutes while we get lost in her musical world.

Little Simz heralds from North London and has been pushing the boundaries of Hip Hop with her unique stylings. She has gained a huge following, producing critically acclaimed albums and performing sold-out headline shows.

You can follow her on Twitter to stay up to date on her new releases. She recently released her EP Drop 6, and you can listen to it on a variety of music platforms. She is active on SoundCloud and her official store, where you can buy her album GREY Area. 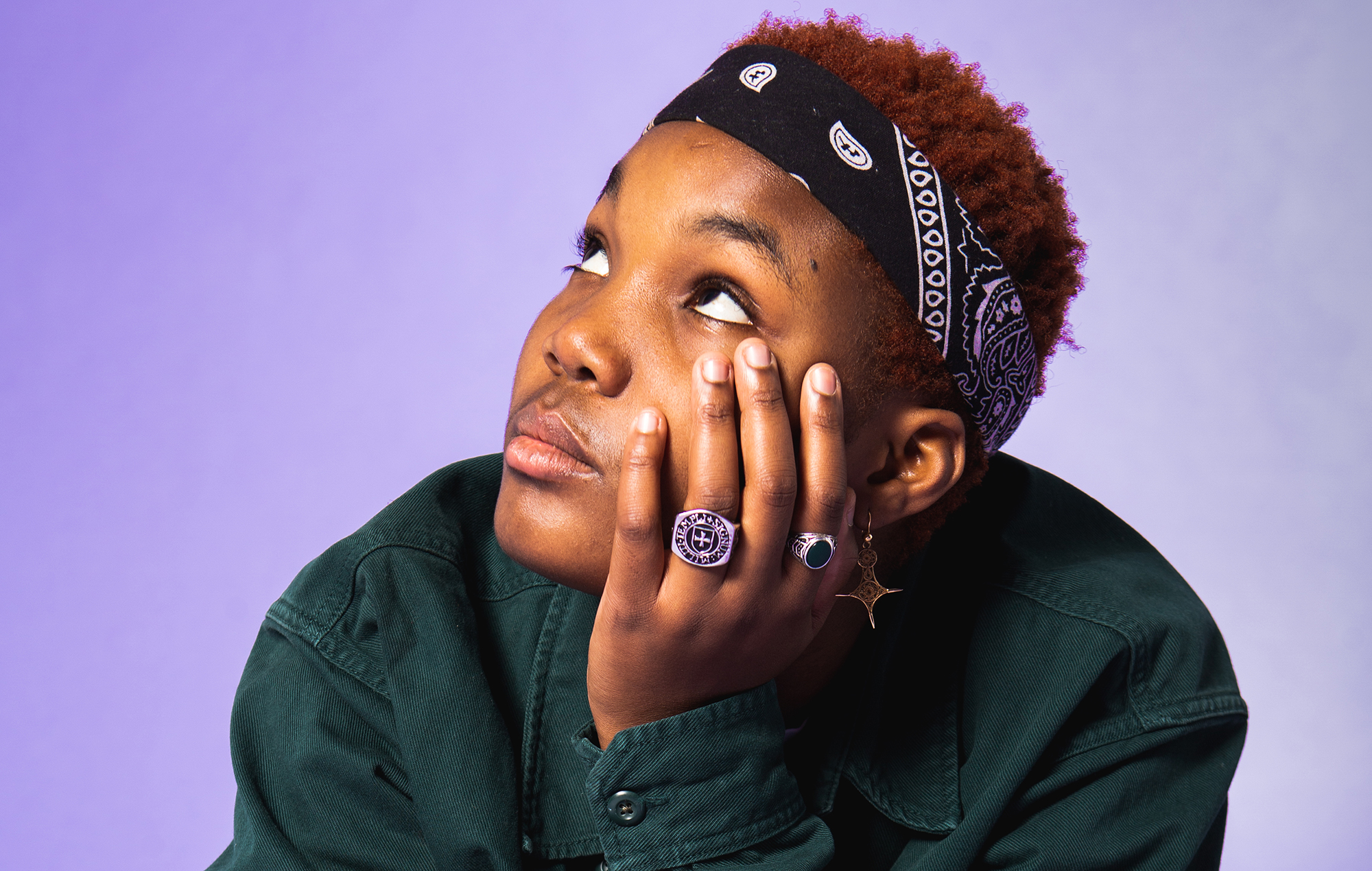 Arlo Parks’ voice is a mystical force that grabs your attention immediately and won’t let go. Her minimalist songs are filled with lyrics that are so vividly personal to her. “Black Dog” is exactly that, experiences that only she could sing about and we can just experience through her eyes.

She sings, “Let’s go to the corner store and buy some fruit, I would do anything to get you out your room”, which none of us could have ever said in the same way. The song’s tone is both hopeful and helpless at the same time. Parks is a visionary and creates a sound that encompasses both emo roots and contemporary beats.

South West London native Arlo Parks has been driving conversations around mental health issues, becoming an ambassador for the charity CALM. Her songs focus on the inner workings of the human mind, and how on some days it can be difficult to move forward.

Her confessional songs show how vulnerability is something many have to navigate, and should be talked about openly. You can listen to Arlo Parks on Spotify, YouTube, and several other platforms. You can also buy her album on her BandCamp, and follow her on social media to keep up to date with any news. 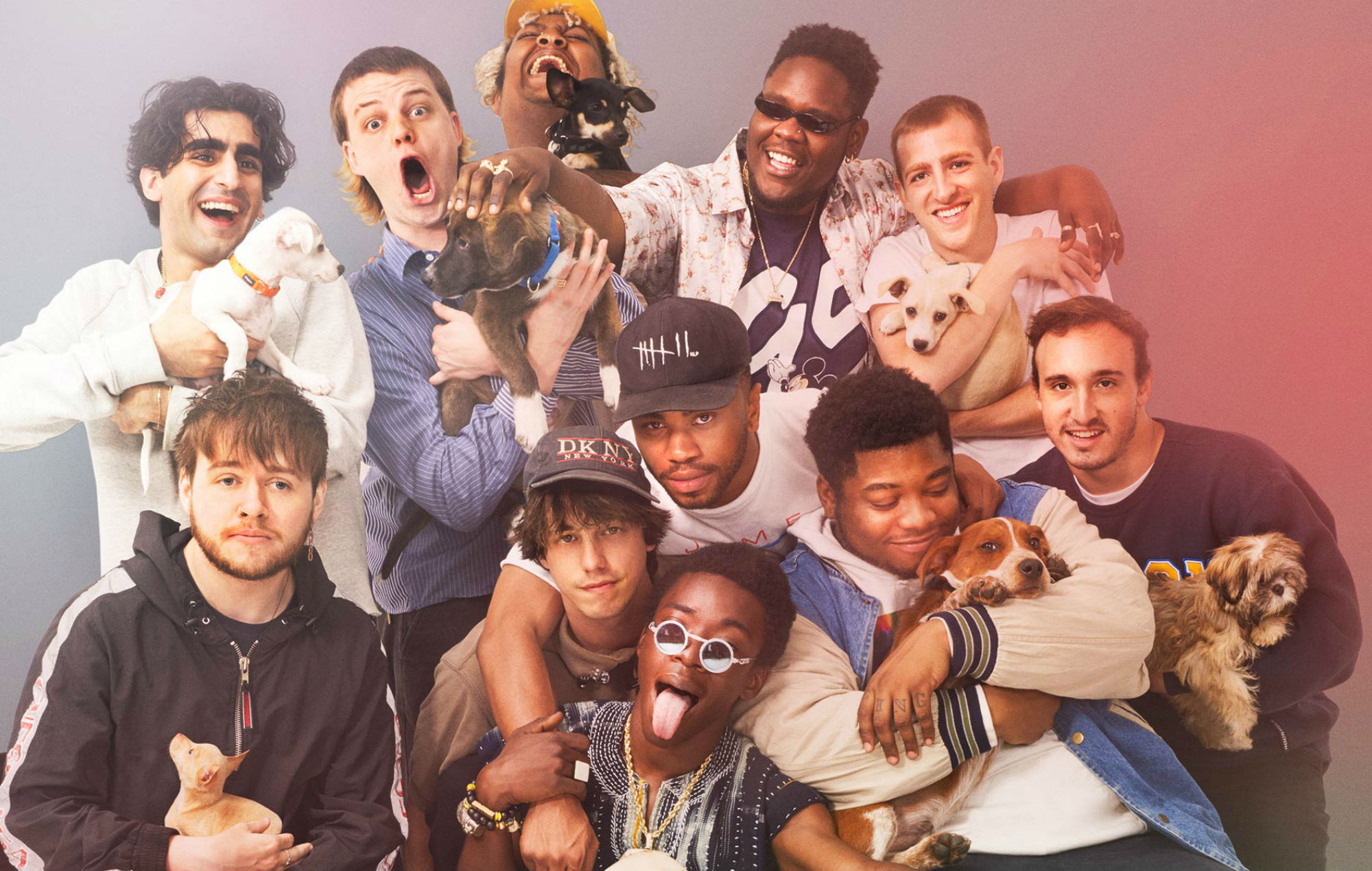 It is pretty unanimous amongst my music fanatic friends: Brockhampton is one of the best things to happen to contemporary music. No matter your musical circle, you respect this group and their musical stylings, political leanings and brand image.

“GINGER” off their critically acclaimed record of the same name, is a true standout. The album combines various styles, including elements from classic Hip Hop, and the indie SoundCloud scene, creating something uniquely Brockhampton.

This track with its intricacies is a great introduction to their genius. It is gorgeous, melodic and at times sad. Brockhampton do not shy away from their feelings. They are raw and sensitive, with tracks like “GINGER” showcasing their specific angst.

GINGER is a great introduction for anyone interested in the magic that is Brockhampton, but the record as a whole is definitely the way to listen to this.

Identifying as a boy band, BROCKHAMPTON is the brainchild of a variety of creators, artists and musicians, founded by Kevin Abstract in 2015. They are a self-sufficient group, that runs their own music production, brand image and record label.

Having met on an online forum, the group later formed, all of different races and backgrounds, to make music that they are passionate about. They’ve been able to connect with fans all over the world and continue to inspire artists. You can follow them on Twitter, and listen to their music on Spotify, Deezer and Apple Music. 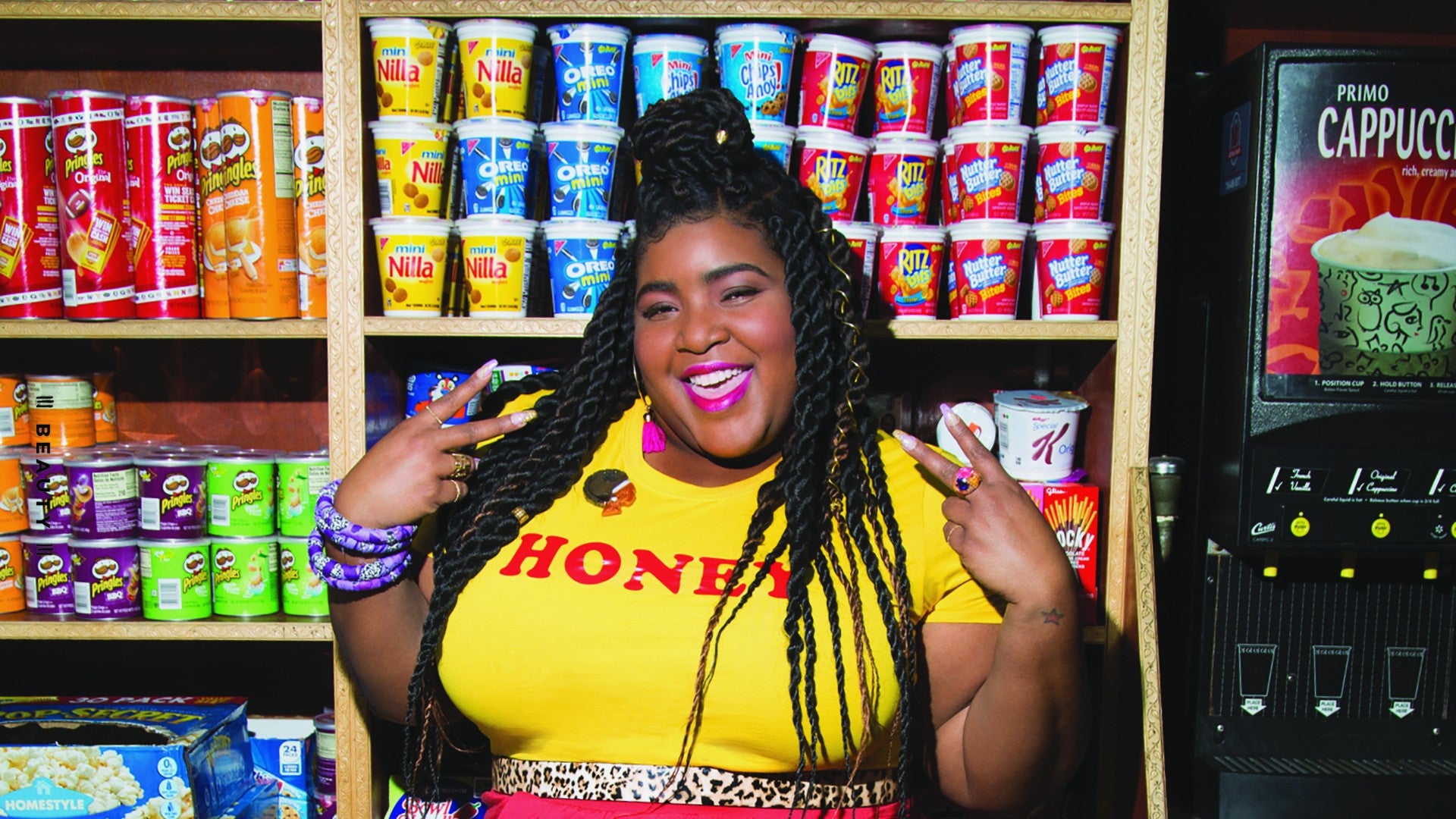 While my isolation playlists focus on music, this week I wanted to introduce a podcast that has changed my life in a dramatically beautiful way. I am a massive fan of Dulcé Sloan, spending hours looking for videos of her stand-up (like this must watch gem!).

You might have seen her as a correspondent on The Daily Show with Trevor Noah, shinning with her unique mix of comedic genius and brutal honesty.

That Blackass Show is her podcast exploring Black culture, educating those of us who never came across or sought out Black pop culture. She invites guests to chat with her about iconic Black television programmes and their significance.

In a recent episode, she is joined by X Mayo to discuss the US television sitcom Living Single, and how you should do your research before you ask for a Black version of Friends. You can listen to That Blackass Show on Starburns and Spotify. 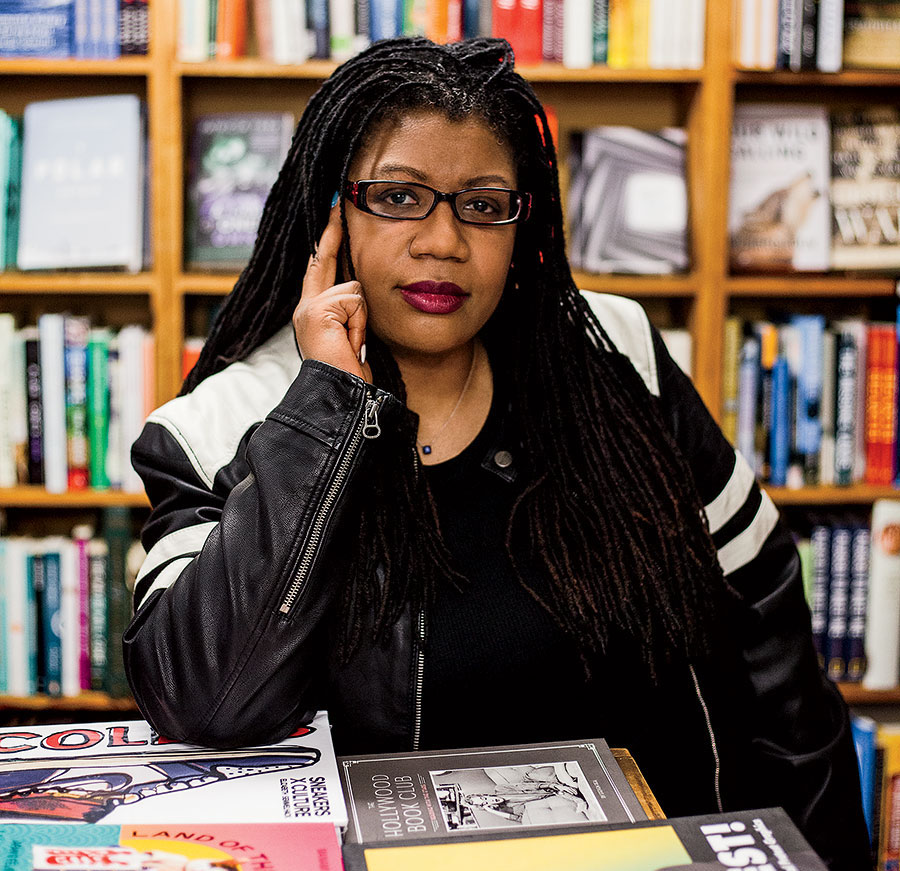 …and if you are interested in supporting Black writers, Mikki Kendall’s Hood Feminism: Notes from the Women White Feminists Forgot is an essential read. She tackles a variety of feminist issues that White feminists have forgotten to include in their agenda.

Kendall’s book explores how feminism needs to be about race and income, and not just about “leaning in” and “breaking the glass ceiling”. As a strong critic of aspects feminist movements, I highly recommend Kendall’s latest book.

If we want a successful feminist movement, we need to understand why mainstream White feminism has its faults, and how to include women of colour in the discussion in a meaningful way. 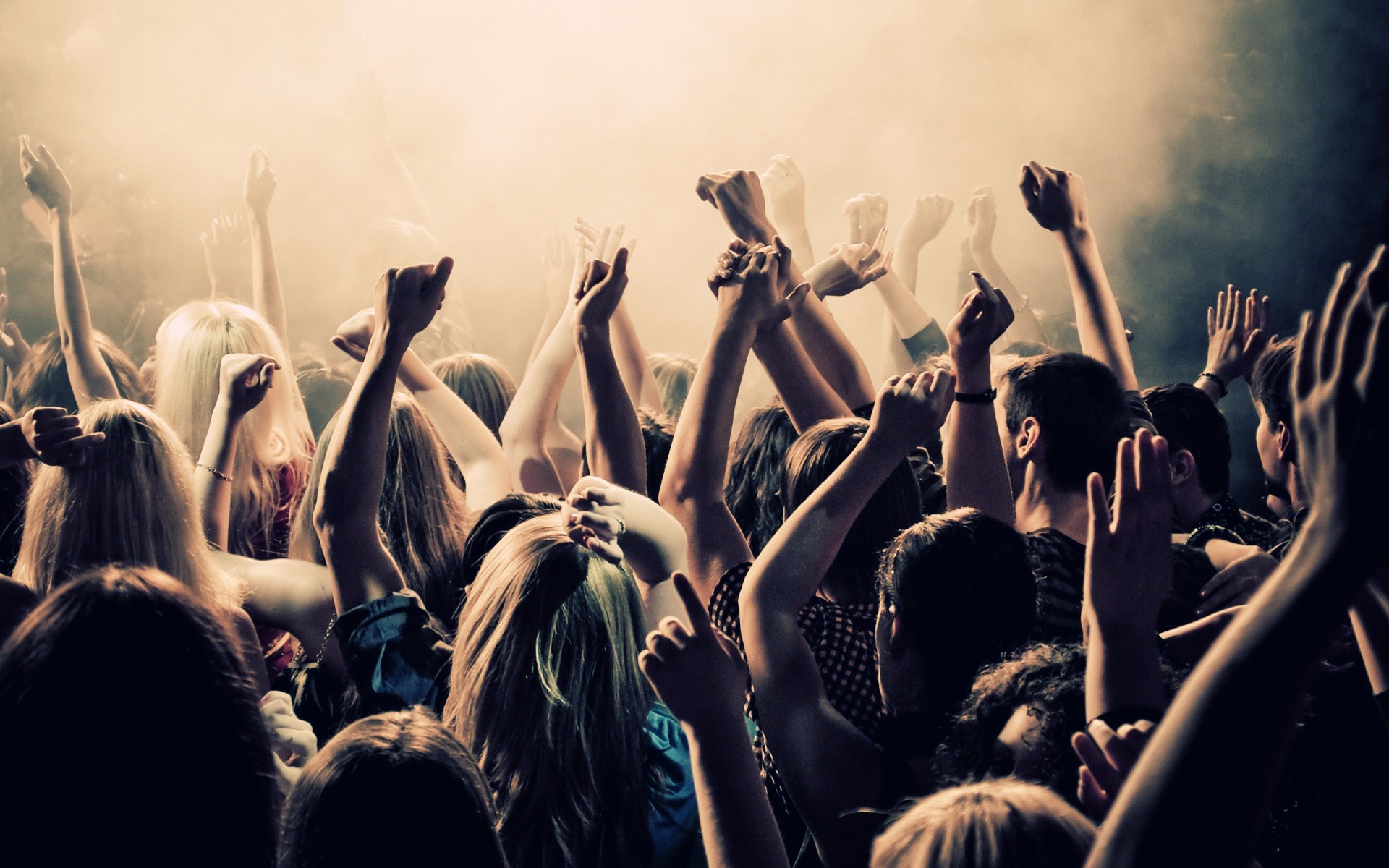 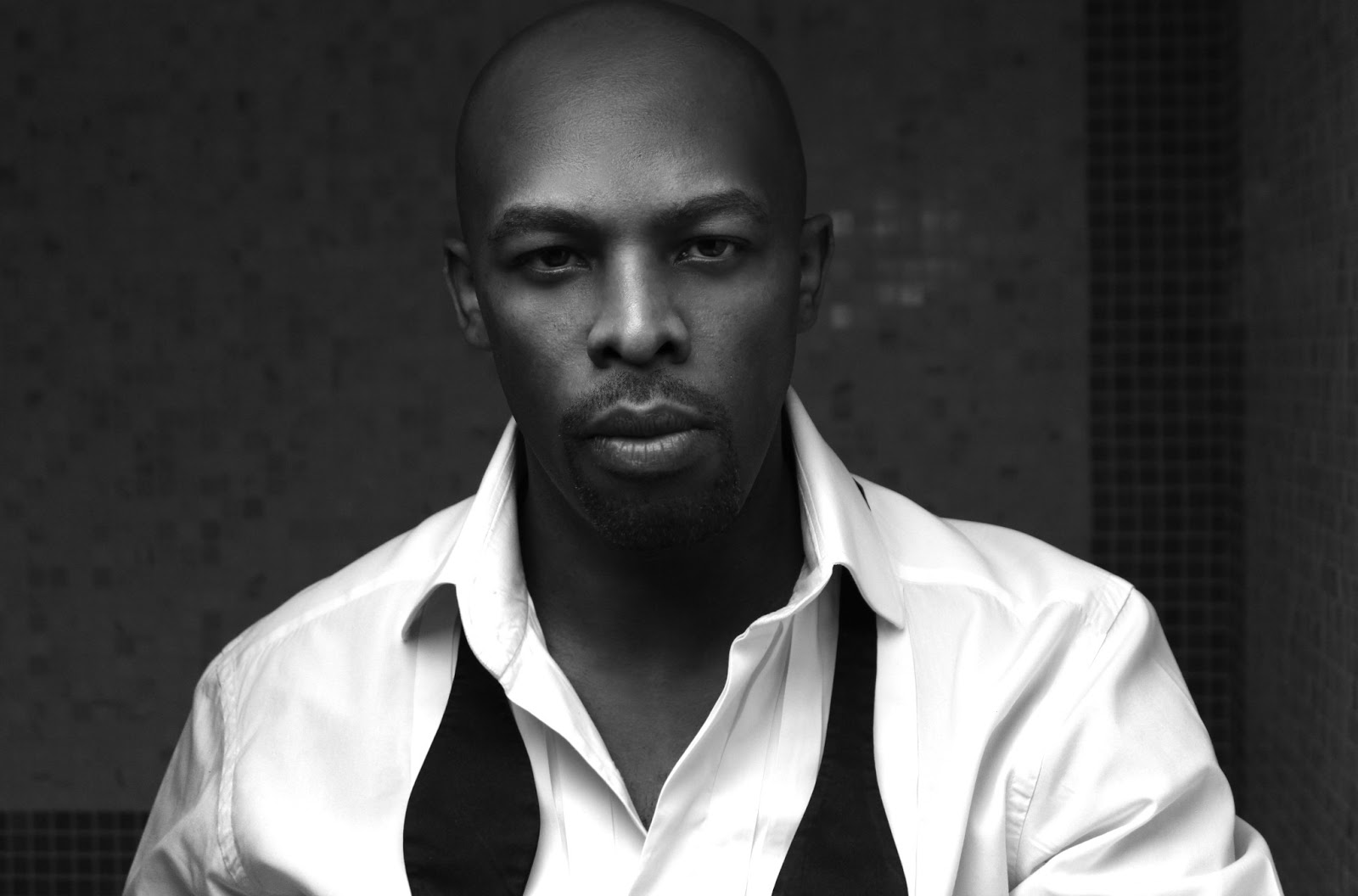 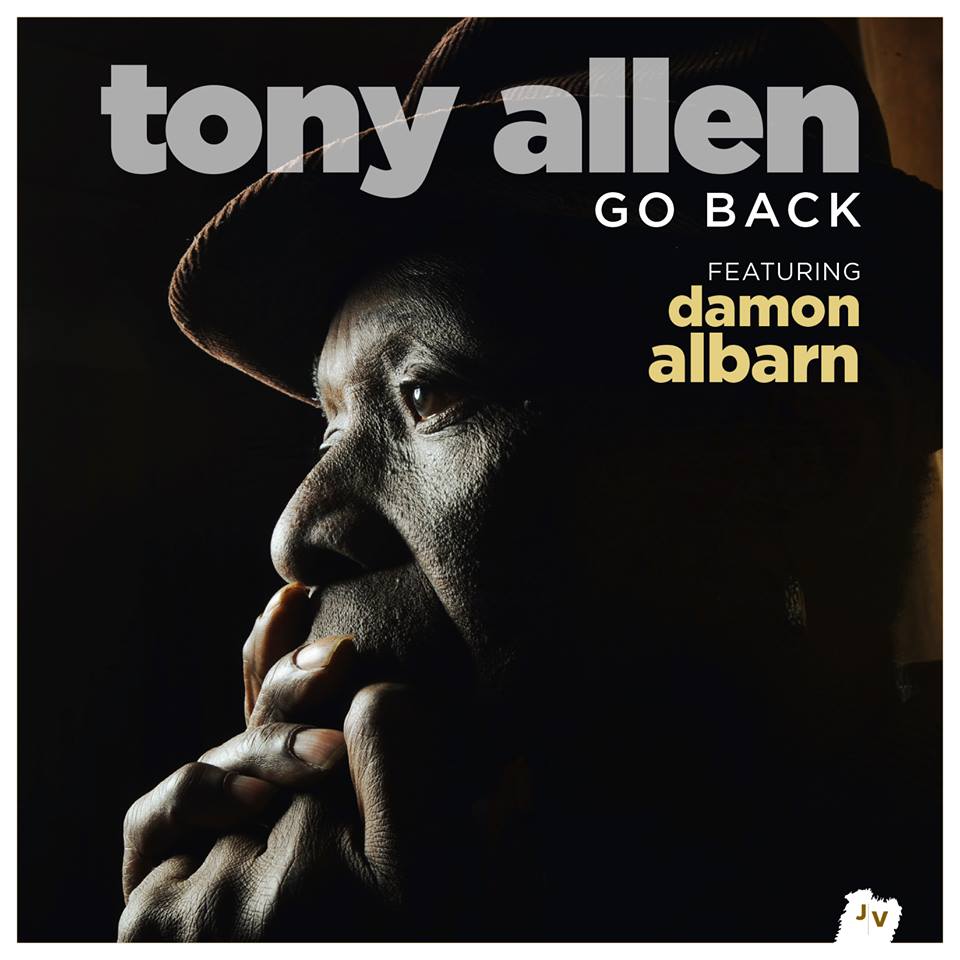